The Best Blanket Hoodies so You Don’t Freeze Your Bits off...

Could A Plane Land On A Circular Runway? 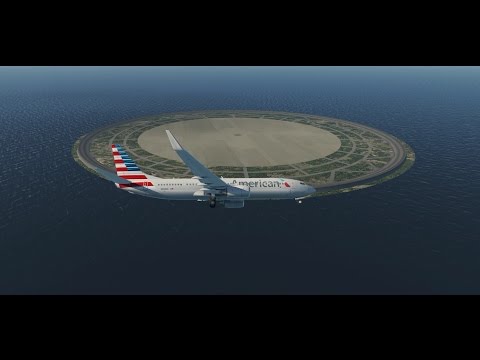 Could a plane land on a circular runway?

This is what this video attempts to figure out, using a high tech flight simulator. The answer appears to be ‘yes’, but we asked a pilot for feedback.

His thoughts after “thinking about it for a few minutes”…

Possible but not really smart.

For an aircraft to be in balance or equilibrium the forces have to match out. Lift, drag, thrust, Weight. When it’s in a turn it’s naturally unstable as you have a lift vector that’s now split in two (horizontal and vertical component) so the aircraft is in a constant state of acceleration or declaration and thus unstable. If you’re unstable coming in to land you’re more susceptible to wind shear and turbulence. Plus for take off you need more speed because you don’t have as much lift acting “up” so you have a higher take off speed.

Another concern would be how can you find the runway if you’re coming in during bad weather. Most instrument approaches take you down to 100′ or less by lining you up with runway and slowly descending you to a point where you get visual or go around and try again. Skywest has a policy that the aircraft must be stable and configured for landing by 1000′ above ground level otherwise you must go around due to the higher risk involved.

Maybe the technology will change in the future. I can’t see it happening tho.

Look how unstable it is at the beginning. Guy who made this probably isn’t a pilot or did it as a joke.

So yes, you probably could land a plane on a circular runway, but you wouldn’t necessarily want to.