Will It Sous Vide? Melty Cheese Sauce From Any Cheese

Hello, everyone, and welcome back to a particularly gooey episode of Will It Sous Vide?, the column where I conduct food experiments with my immersion circulator.

Gooey, cheesy sauces is what we’ll be playing with today, and I was not at all mad about it. I had been wanting to play around with melting salts for a while, so I placed a hasty online order for food grade sodium citrate and gathered up a bounty of various cheeses. 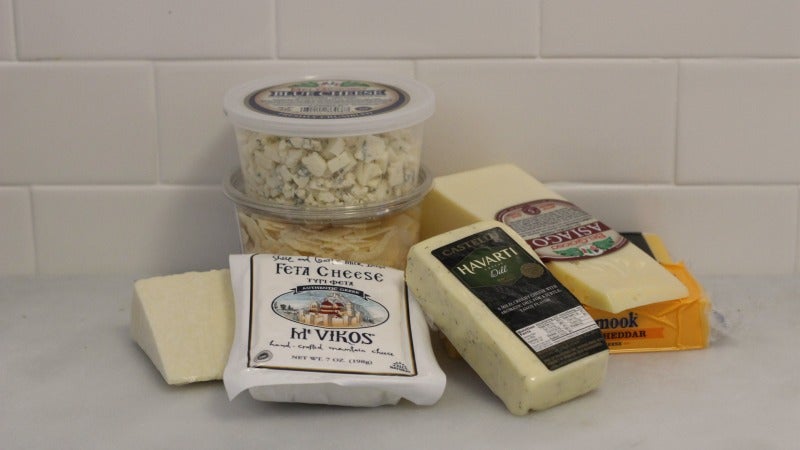 Before we get to gooey stuff though, let’s talk about those melting salts, particularly sodium citrate. If you’ve ever melted a hard cheese like cheddar, you probably noticed that it tends to separate into a gloppy, greasy mess. Sodium citrate prevents this by acting as an emulsifier, reducing the cheese’s acidity (increasing the pH) and making the proteins more soluble. This, plus the addition of a little water, lets a solid piece of cheese melt down into a creamy sauce that won’t separate or break.

I had heard that this would work for any cheese, but I had a hard time believing it was a one-size-fits-all kind of situation. Different cheeses have different levels of acidity, and it seemed unlikely that a cheese like asiago or parm would behave like cheddar. 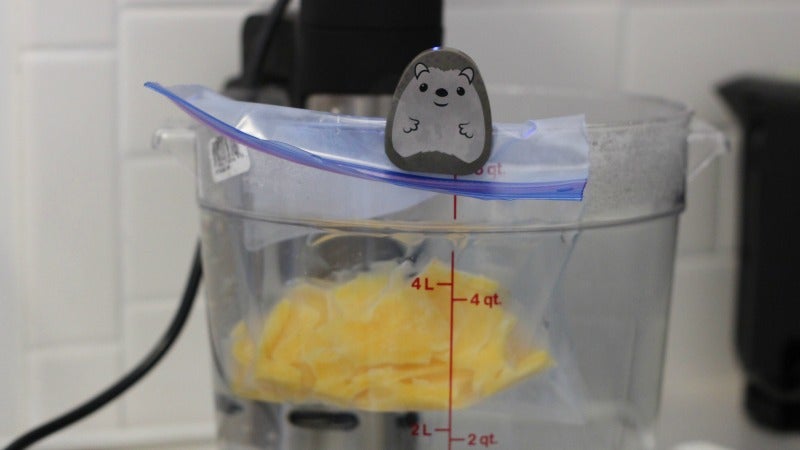 I decided to start with cheddar as a baseline — it’s hard, but not like, “parm hard” — and, using this article as a starting point, filled a quart-sized freezer bag with the following:

I then submerged the bag in a water bath set to 75°C and waited for the cheese to melt. After about five minutes, the cheddar seemed to be sufficiently liquefied, so I dumped the contents of the bag out and blended it up with an immersion blender to get everything emulsified. 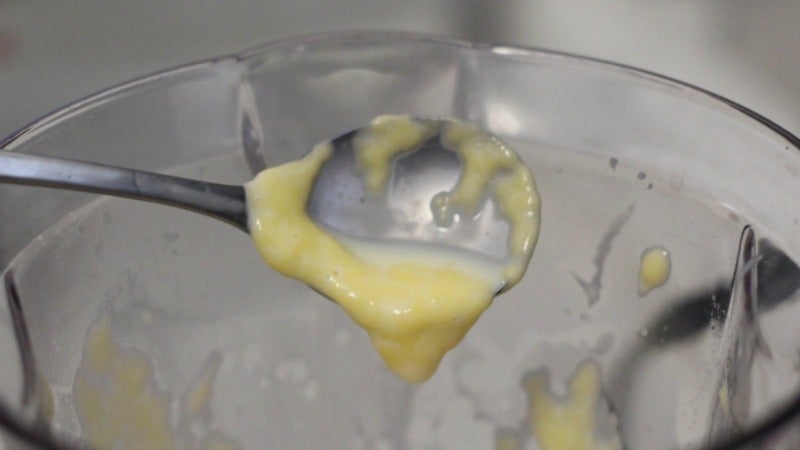 No good. It came out kinda clumpy, with watery portions that refused to cooperate, so I threw it back in the bath for another ten minutes. 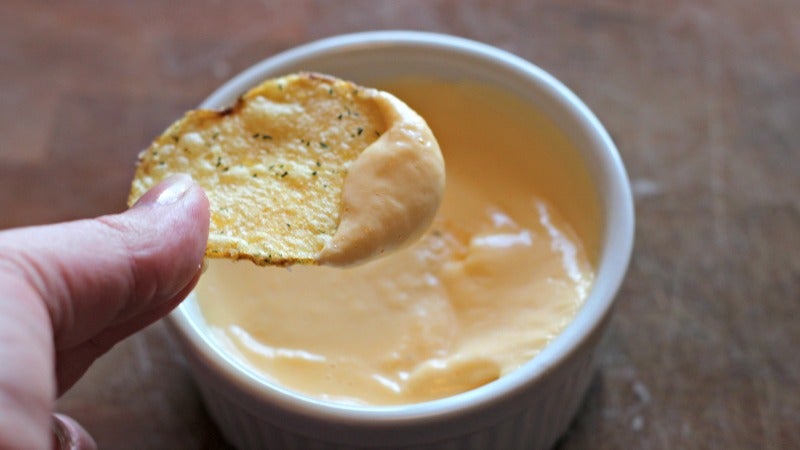 Heyo! Now we were getting somewhere. This stuff had the consistency of processed cheese sauce, and the taste of Tillamook cheddar. I was very pleased, and very ready to try other cheeses (dill Havarti, crumbled blue, Asiago, and Parmesan).

I prepared each cheese as I had the cheddar, and chucked the resulting bags in the bath for 15 minutes. After a quarter hour in the tub, I pulled everyone out and hit ’em with the immersion blender. The results were varied, to say the least 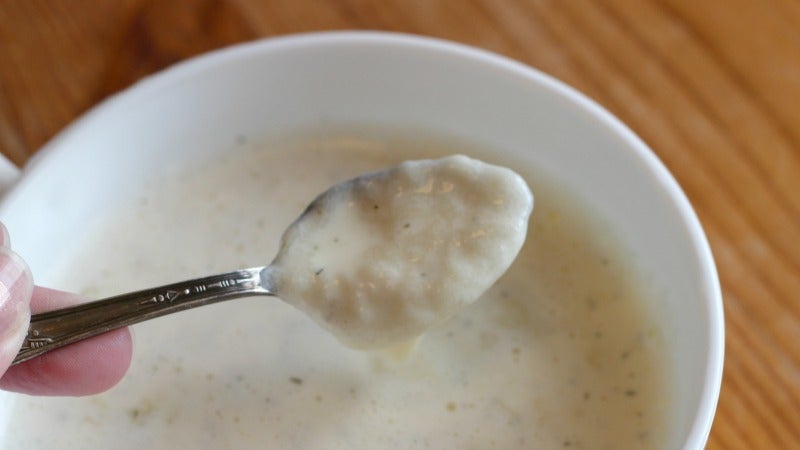 15-minute Havarti Surprisingly, this one initially came out a little bit lumpy, and looked very similar to the cheddar at the five minute mark. Like our cheddar, this was solved by some more time in the tub. The resulting sauce was delightful, especially when drizzled over pickle chips. (I just really like dill, ok.) 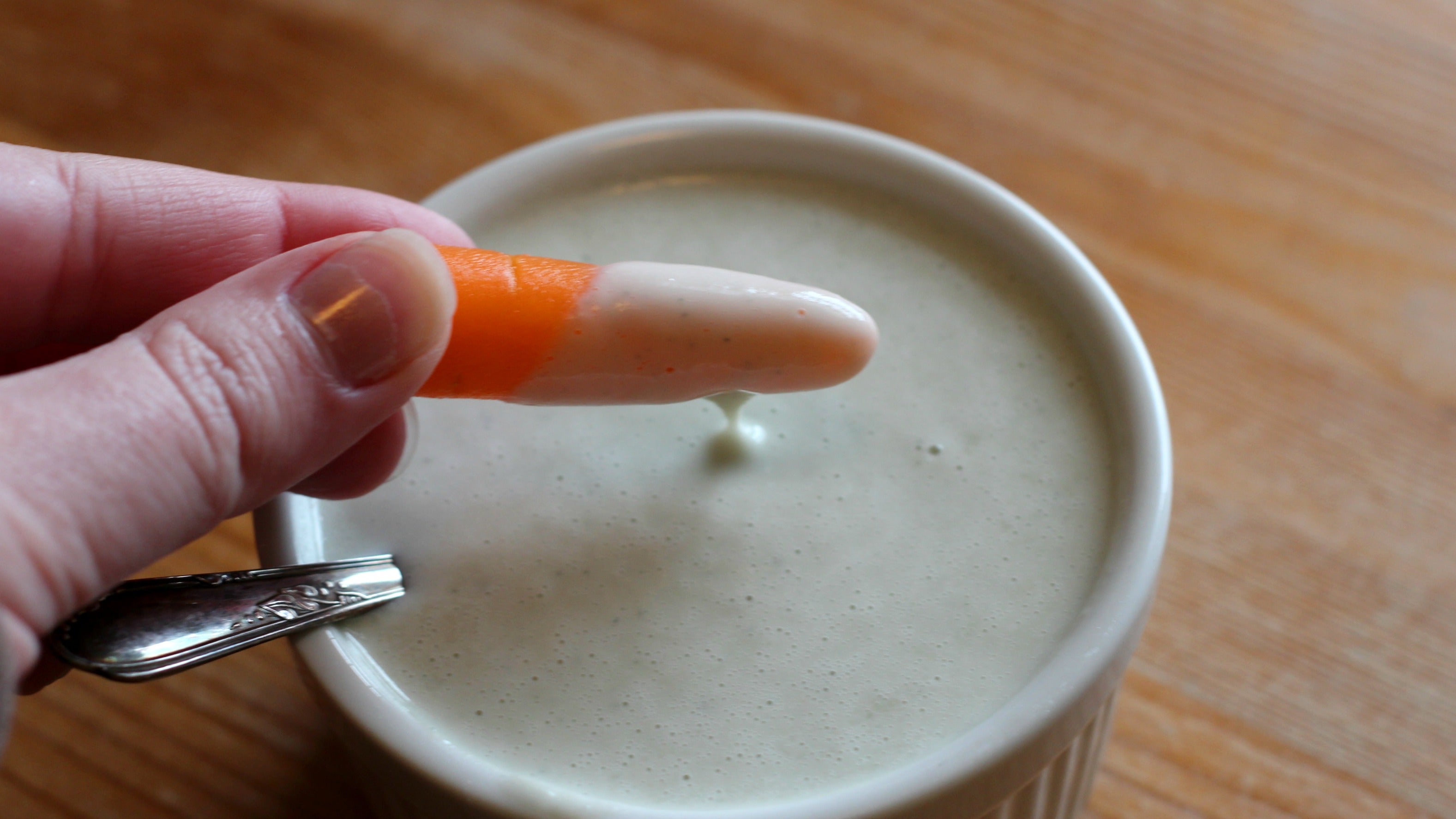 Would you look at that? This one came out perfect after fifteen minutes in the bath and emulsified like an absolute dream. I dipped some carrots in there, but this would be heavenly over potato chips, or — if you really want to go somewhere decadent — served with buffalo wings. 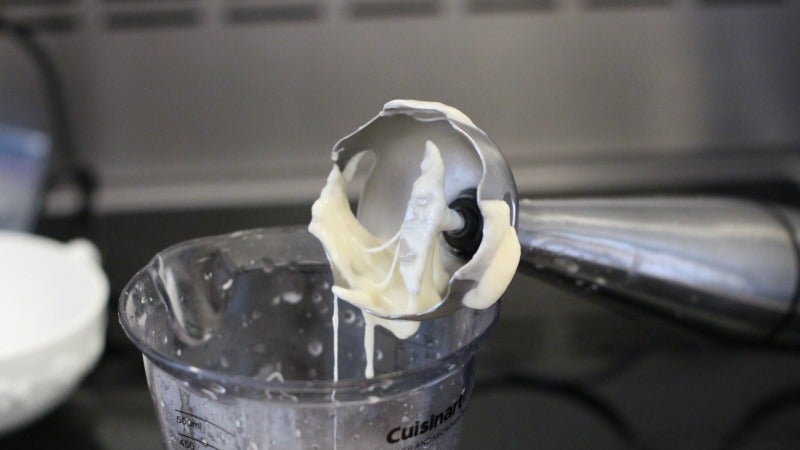 This one gave me the most trouble. As you can see from the above photo, 1/4 teaspoon of sodium citrate simply wasn’t enough to get Asiago to play nice. It was clumpy and stringy, and started to solidify almost immediately. 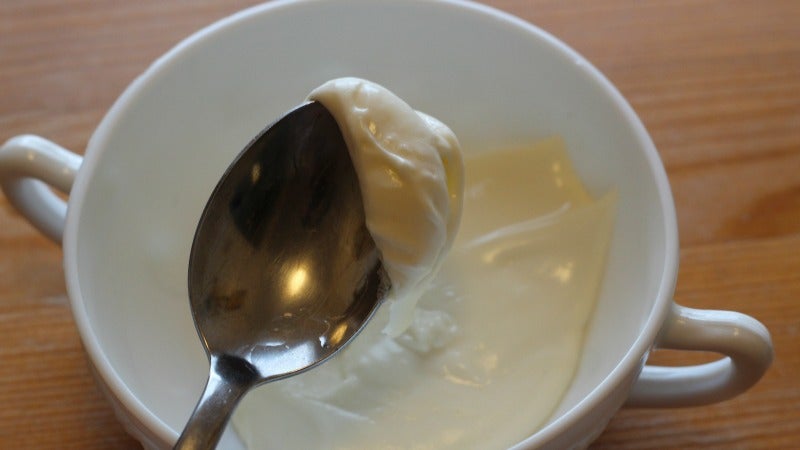 That did the trick. Though this was definitely the thickest of all the sauces, it was at least a sauce now, ready to have all sorts of things dipped into it. Actually, though this would make a decent dip, I think it belongs on a burger. Asiago prepared this way has the texture and mouthfeel of the meltiest American cheese, without tasting like American cheese. It truly is a thing of beauty.

Parmesan behaved exactly like Asiago, but I dropped it on the floor before I could get any pictures of it, so you’ll just have to take my word for it. 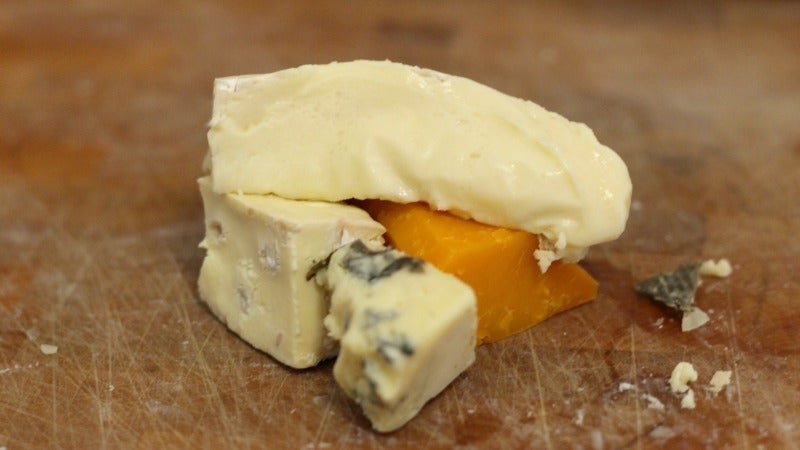 Some sorta brie thing, smoked cheddar, and two blues. Having determined that, through the power of melting salts, a wide range of cheeses could be transformed into a sauce, I decided to try a mixture of cheeses, a la fromage fort. I knew I had a few bits of fancy dairy leftover from a cheese plate I had enjoyed with a friend earlier that week and, as luck would have it, it came out to almost exactly four ounces.

I prepared this little collection as I had that initial bag of cheddar, only this time I used sherry instead of water. (This turned out to be a very good decision.) After fifteen minutes in the tub, I blended it all up and poured it into a bowl. 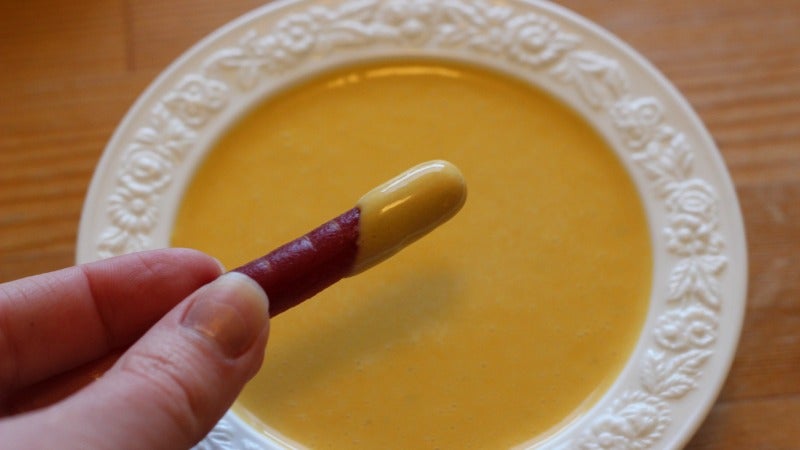 Perfection (That’s a purple baby carrot, not some sorta creepy finger.) This cheese dip was my favourite cheese dip of all the cheese dips. Not only did it have the best, most complex flavour, but the consistency was perfect. (The sherry didn’t hurt either.) It was, in no uncertain terms, a complete success.

And now we must ask ourselves our favourite question: Will cheese sauce sous vide?

The answer: Oh hell yes, though there isn’t one recipe that works perfectly for every type of cheese. There is, however, a general procedure that will let you transform any cheese — hard or soft — into a dreamy, creamy, gooey sauce:

Once you have your sauce all sussed out, your ready to get to dipping. I recommend enjoying it fairly quickly as it will eventually turn into a Velveeta-like mass, but it reheats easily enough over a water bath with some gentle whisking.