How To Pick The Right Router To Save Your Internet 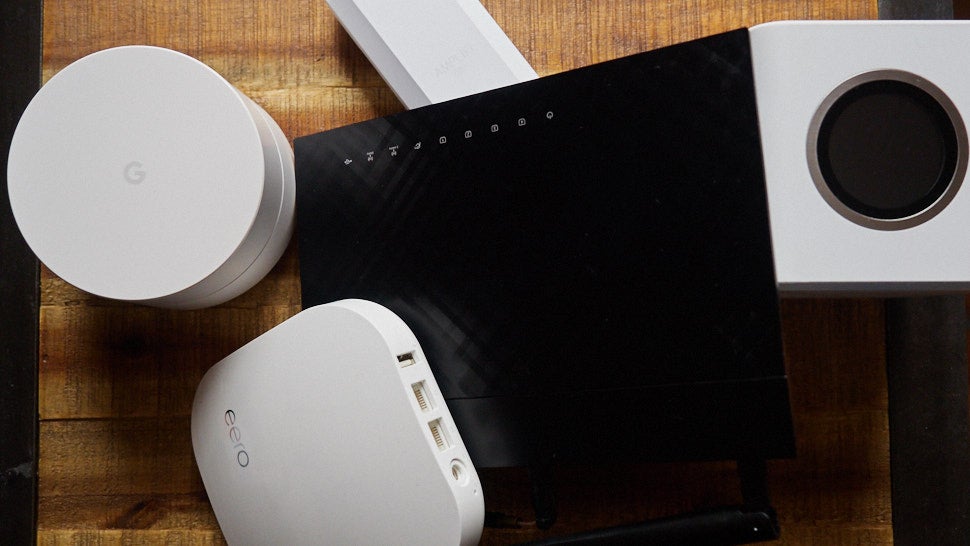 It’s confusing figuring out which router is right for the needs of your special snowflake home. There are two kinds available to most of us: the traditional point-to-point router you likely already have set up in your home, and the newer mesh style that have become increasingly popular since last year.

Mesh networks are made up of multiple routers that communicate with each other to create a mesh-like wireless system covering the entire space. It’s a good bet that your own office, if it’s large enough, operates on a mesh network instead of the traditional point-to-point network found in most homes. That’s because mesh networks are really good at handling lots of traffic in really big spaces.

Mesh networks are designed to automatically sort out which router in the network your device is closest to, which device is demanding the most bandwidth, and then, ideally, manage the traffic accordingly. So your smart lights, which only need Wi-Fi when powering on or off, might get offloaded to a distant router while the one the lights are sitting above handles your 4K stream of A Series of Unfortunate Events.

But a downside of mesh networks is they aren’t quite as good at handling major bandwidth drains, such as when you’re downloading gigs of games to your PS4. Wirecutter and CNET both noticed that mesh networks were slower than a traditional router when you attempt to transfer large files in a room with an unobstructed view of the router.

In the case of Wirecutter, a $150 router from TP-Link (the Archer C7) was 2.5 megabytes per second faster than the fastest tested mesh network, Netgear Orbi, which sets you back a minimum $669 for two routers. That’s the other downside of a mesh network. The initial cost can be pretty high. You need at least two routers to create the network.

But point-to-point network routers still have some advantages that might make them a better choice for your house. They’re dirt cheap (relatively), and in a pinch can you add wireless router extenders to create a sub-par mesh network, though the results will be much slower than a mesh router system and end up costing the same amount. The real appeal of a PtP router are the two features common to higher-end ones: multi-user multiple input and multiple output (MU-MIMO) and tri-band radios.

MU-MIMO reads like a hot mess of alphabet soup, but when a router and the devices using the router support MU-MIMO you can set aside any and all concerns of your network slowing to a crawl because one person is downloading gigs of data while another is gaming and a third is watching Netflix.

But routers with MU-MIMO and tri-band radios, like the Nighthawk from Netgear and the WRT series from Linksys, are just as expensive, and sometimes more expensive than a mesh router. So which one is right for you? And when is it better to skip all the $500-plus investments and just grab the cheapest thing you can find at your big box store?

It depends on the house.

For the Enormous House with a Lot of Devices

Many sprawling ranch homes and gigantic McMansions are so large that they can’t be covered by the signal of a single powerful router. Routers are only allowed to broadcast a certain distance per FCC rules, and to expand their reach you have to resort to tweaking the software, picking up some high gain antennas (the FCC prohibits routers shipping with them), or investing in some Wi-Fi extenders that have to be placed very precisely to actually do their jobs.

For the Old Home Full of Dead Spots

The benefits of a mesh network extend to old homes too. Old homes, from ancient farmhouses to pre-war walk up apartment buildings, were constructed with sturdiness in mind, not wireless signals. They were built with materials that are an anathema to Wi-Fi, like metal pipes, brick, concrete, and tile, and that has allowed them to stay remarkably intact over the decades. But it also means old homes are usually loaded with big Wi-Fi dead spots.

Mesh networks, acting as a successor to the old standby of big router and lots of Wi-Fi extenders, are perfect for killing those dead spots. There’s also the added bonus of them helping handle the increased wireless traffic modern households create.

For the Tiny Home with Big Bandwidth Needs

There are occasions where a mesh network doesn’t make sense. If you live in a small house or apartment (think 100 square metres or less) and you use a lot of internet, than your $300 is better spent on a traditional souped-up router.

These routers are also more customisable and usually have nicely designed software than you can get into and tweak like crazy if the desire moves you.

But they can be just as expensive as a mesh network. The average cost of a tri-band MU-MIMO router on Amazon is $US330, or $450 — around the same price as the Netgear Orbi mesh network.

For The Broke Kid in Her First Apartment

A router is an investment piece, like a fridge, or a mattress, or a showerhead. You want to spend money on something that will last a long time and give you the best possible experience because you use it ever day. So you should, theoretically, plan to spend around about $400 minimum on a nice future-proof router that will handle your entire household’s wireless existence.

But sometimes you don’t need to spend that much. Maybe you’re moving soon and you don’t know if you’ll need to decide between a mesh network or a tri-band router that looks like a robot. Maybe you simply can’t afford a $400 investment and just need a solid router now.

There are times when you can get a great router for $150 or less. TP-Link’s Archer C7 is under $150 and, in a small apartment, performs even better than a mesh network. Linksys, Netgear and D-Link also sell routers for under $120. But they won’t be as powerful as pricier routers, won’t handle as much traffic, will highlight, rather than cure, problem dead spots, and the software used on them could be a nightmare of unattractive garbage.