Let’s say your favourite restaurant started offering meals at a reduced price but you have to pay extra if you want napkins, forks, or a seat. Most of us would probably hesitate to give them our business, but that hesitation doesn’t translate to airfare. We keep paying for crappy, bare bones flights. And that’s not a good thing.

The airline industry calls this business model “unbundling.” You can travel from Los Angeles to New York for an enticingly low price of $US250 ($330), but you only get a reservation. In Australia, you can often get flights from Sydney to Melbourne for under $100 one-way. If you want “upgrades,” like seat selection, bags, or even a boarding pass, you pay extra.

On one hand, this model makes travel more accessible, which does seem like a good thing. On the other hand, customers can’t stop complaining about how terrible discount airlines are, and I have to admit, after my trip with one of them, I may be done with bare-bones flying. Here’s why. 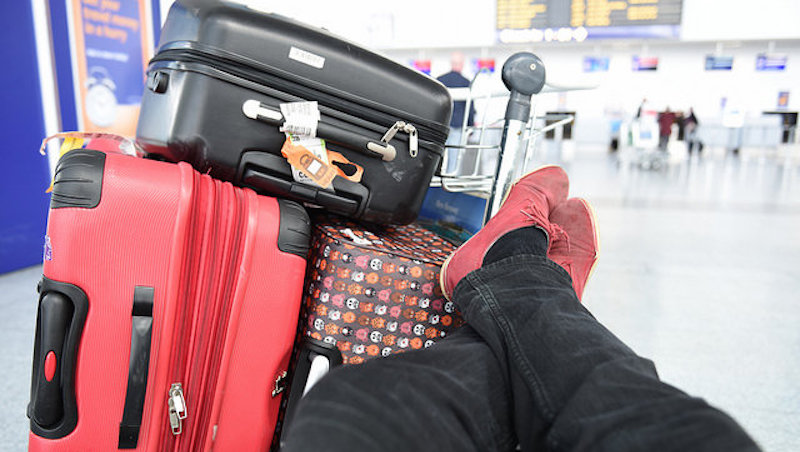 Maybe you’ve heard of the “Boots” Theory of Socioeconomic Unfairness. It’s based on a character in a Terry Pratchett novel but it rings painfully true:

“A really good pair of leather boots cost fifty dollars. But an affordable pair of boots, which were sort of OK for a season or two and then leaked like hell when the cardboard gave out, cost about ten dollars… the thing was that good boots lasted for years and years. A man who could afford fifty dollars had a pair of boots that would still be keeping his feet dry in ten years’ time, while the poor man who could only afford cheap boots would have spent a hundred dollars on boots in the same time and would still have wet feet.“

In other words: buy cheap, buy twice. This happened with one budget airline. My friend and I showed up to the gate 25 minutes before departure, since the ticket said gates would close 15 minutes before departure. But when we got there, I heard a slam. “Gates closed. There’s nothing we can do,” the gate agents barked before dropping off our bag and telling us to “go online and figure it out” when we asked what we should do. We bought another ticket, which was even more expensive than the original. Total, we spent considerably more than we would have on a bundled fare with a larger airline. And we still had wet feet, so to speak.

A friend had a similar experience with another budget airline. His flight was delayed by hours and, in order to make it to my wedding, he had to book a flight with a totally different airline, paying even more than he would have originally. Both airlines have strict no-refund policies. To be fair, these are just two examples, though. Also, despite what one of the airline’s ticket said, we should have been at the gate even earlier. It’s not just these freak incidents, though. You often pay more even when everything runs smoothly.

Beyond this anecdata, research shows that unbundling leads to higher fares when you compare apples to apples. A study published in the Journal of Economics & Management found that when airlines introduce bag fees via unbundling, customers actually pay more for the same thing (emphasis ours):

The data also suggest that the average fare falls by less than the bag fee itself, so that the full price of a trip rises for passengers who choose to check bags…the 25th percentile fare falls by about $US7.00 ($9) when a bag fee is adopted, an amount equal to about one-half to one-third of the fee. As a result, it appears that the full trip price rises for the average leisure passenger by at least half of the bag fee on trips when that passenger checks a bag. Non-bag-checkers among leisure passengers, however, benefit from a lower fare.

In other words, airlines like to make it seem like they’re offering you flexibility, but it’s really just a sneaky way to increase overall profits. It’s easy to say, “No big. I’ll just buy the bare bones flight and deal with it.” At some point, though, you get tired of stressing and pinching pennies. You pay the extra fee to sit in a comfortable seat, order a snack, or bring a bigger bag. As a result, you end up paying almost as much or more for the same level of comfort. OK, maybe you don’t, but someone does because it’s working. 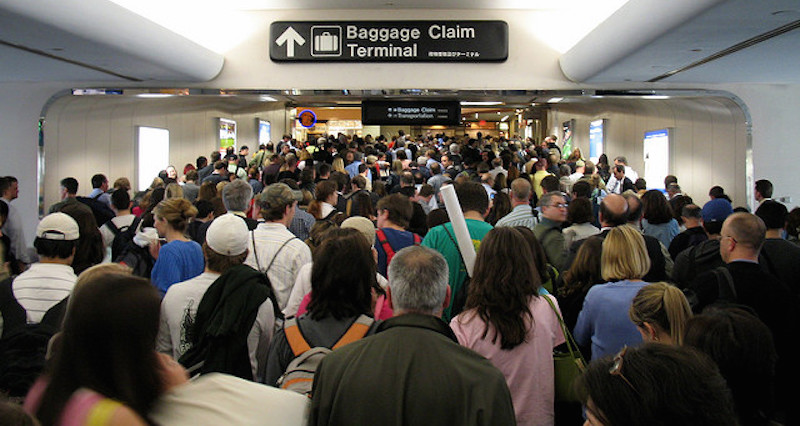 This new, unbundled model only exists because it’s profitable for airlines. However, contrary to popular belief, airlines aren’t that profitable. And this isn’t really a new problem.

Cheap competition popped up. Big carriers had to keep up with low prices but, making it hard for them to sustain themselves (especially when coupled with rising fuel prices).

“Who cares?” you might be wondering. “Screw those big, bad companies. I want my cheap flights.” Well, that’s what I said, at first.

Here’s the thing, though. At some point, companies do what they can to stay in business, and that means two things: raising prices or cutting costs. Major airlines have done a little bit of both.

To stay in business, they had to jack their prices back up. But customers hate fare increases, so they came up with “unbundling” to get around it. Defending the practice, travel site Cranky Flier explains puts it like this:

But since people are particularly sensitive to fare increases, the airlines had to do more to continue to operate a robust network. So they created an alternate pricing structure which allowed people to pick and choose the amenities they wanted above and beyond a basic seat somewhere on the aeroplane.

In other words, the “unbundling” model is a sneaky way to increase prices without turning off customers. This is what airlines did to make more money, but there’s the other side of it: saving money. To keep up with competition and stay in business, airlines cut workforce costs. Aviation Week explains how, ultimately, airline workers are the ones who suffer:

United Airlines is a prime example of this. In 2005, the airline abandoned its $US9.8 ($13) billion employee pension obligation; one of the largest defaults in U.S. history… And in 2013, Denver International Airport was the scene for protests by United employees when the airline announced wage and health benefit cuts…A company spokesperson said in an email that the cuts were difficult but necessary to run a “more efficient and financially sustainable business.

It’s not just that, though. Because of the focus on quantity over quality, flights are now jam-packed. It sucks to feel like a sardine, sure, but it sucks for industry workers, too. In this post on Skift.com, industry analyst Addison Schonland explains that airlines make more money with larger capacities using the same crew. So they get more bang for their buck. But being sardined tends to make people cranky. The crew now has to deal with even more complaints from even more passengers. In the piece, the Air Line Pilots Association argued that competing with low-cost carriers has made the pilot career path “a little less attractive.”

Unbundling encourages more people to fly, and that should be a good thing. It comes at a price, though, and bringing down the overall industry sucks for a lot of people, consumers included. 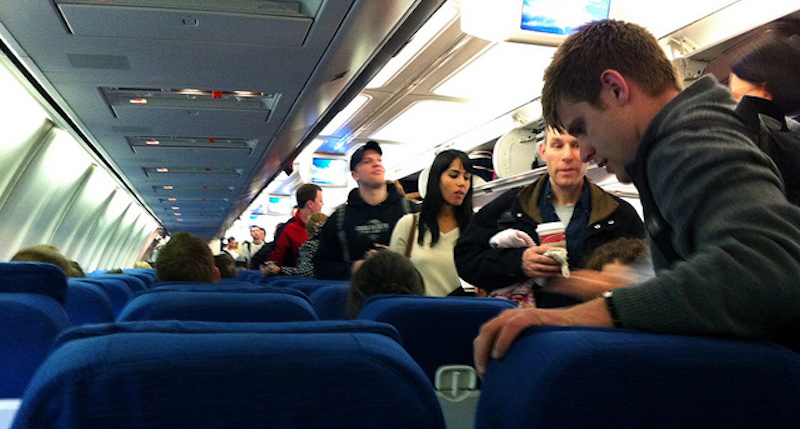 When I boarded my flight with one budget airline, a fellow passenger told his son they were lucky to have first row seats. “We’re flying First Class on a Third Class airline,” he laughed, acknowledging the contradiction. It’s sort of like ordering a Premium sandwich at McDonald’s: it’s slightly better than the Big Mac, but overall it still sucks.

The problem doesn’t just span seats, either; it spans airlines. For example, as we struggle to cram more passengers onto cheap flights, seats are getting smaller in general to make room. Slate explains:

I like the way Skift puts it: airlines are selling you pain. They make your experience as uncomfortable as possible so you’ll pay more.

by increasing the density of the Economy cabin, airlines “can boost capacity without adding to the fleet. Of course, as they shrink the coach section they force many to pay more to be able to have an ounce of comfort.” This is a key element of the up-selling strategy employed by airlines today to boost revenues, shored up by unbundled pricing strategies which offer to sell the pain away.

And with some of the carriers, you can’t even buy relief. You can’t pay extra to ensure they’re prompt. And when my friend and I were yelled at by one of the budget airline’s gate agents, we were afraid to even approach the desk to ask what our options were. We laughed about it later, but there wasn’t a fee we could pay to not get reprimanded like children. In other words, you can’t buy your way to better overall service.

Analysts say the biggest problem is that there’s no middle ground. You either spend a crazy amount on a First Class ticket or you deal with the bare bones service airlines now offer. Most of us can’t afford the expensive First Class seats, so we’re stuck with the latter, and we’re starting to really resent it.

I can still see the argument that unbundling is great because it makes travel more accessible, and I even agree with it to a point. One airline executive told Slate: “the greatest service we can provide to them is keeping the fares low.”

It’s true, more people get to fly with discounted airlines and unbundled fares. However, it’s not as simple and rosy a picture as marketing efforts would have you believe. Also, it doesn’t always benefit the little guy. With hidden fees and terrible policies, it’s up to consumers to read the fine print and research the airline, but these “hidden in the fine print” details diminish the whole “travel is more accessible” argument. After we paid an extra $US350 ($462) for our one-way tickets, $US150 ($198) for a hotel room, and $US100 ($132) to rebook transportation, my friend made a good point:

“At least we can afford it. A lot of people would just have to cancel their trip and go home.”

Larger issues aside, if you’re going to buy cheap tickets anyway, at least know your risks. Research the following:

It’s good to have a backup plan, too. When I used to fly US budget airline Spirit, for example, I always buffered several hours in my schedule in case they were late. It’s ridiculous, but that’s the price you pay as a customer, and the overall industry arguably pays a higher price. Most cheap flyers know what they’re getting into when they book their tickets, and none of this is to say these fares aren’t a good deal — they are. However, there’s always a catch.