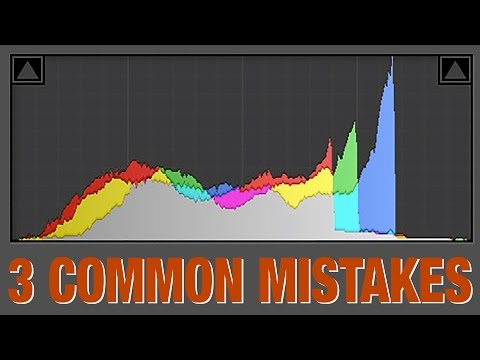 If you’re a relatively experienced photographer you probably have a basic understanding of your camera’s histogram, the graph that acts as a visualisation of the light in a scene. But it’s commonly misunderstood and often misused.

Basically, the histogram represents all the light in a scene, with the left side of the graph reflecting shadows and the right side showing highlights (with midtones in the middle). You might think that this means a good exposure will have a very even distribution, but that isn’t necessarily the case; there’s no such thing as a “perfect” histogram. Rather, it’s just a reflection of what’s in your photo, so a predominantly dark scene will lack a lot of midtones or highlights in the graph, but that doesn’t mean it’s a bad exposure.

And then, interestingly, even if you’re shooting raw, the histogram you see in your camera is based on the JPG. That means when you go to edit the photo on your computer, you’ll actually have a little more data to work with. If it looked like you blew out your highlights, there’s a chance there’s still some wiggle room when you edit the raw photo.

Finally, different lenses will result in different histograms even if you’re dealing with the same scene, shutter speed and ISO. It seems obvious once you think about it, but each lens will affect the light differently and, as the histogram is just a visualisation of what’s in the shot, changing the glass will change the graph. The histogram is useful once you understand it and understand that there’s no perfect histogram. It’s a tool, not an aspiration.

Do You Understand Your Histogram? [Matt Granger via PetaPixel]