How To Play Wii Games In High Definition, On Your PC

Even when it was released in 2006, Nintendo’s Wii games were already looking a little past it, stuck as they were in the muddy depths of standard-definition resolution and on relatively old hardware. In 2017, they’re way past it.

Not to worry. If you’d rather play your Wii games in stunning HD – and trust us, they look stunning – then all you need to do is follow these simple steps.

While you can’t play Wii games in HD on the actual console, no matter what kind of snake oil you’re being promised, you can play them in HD on your PC.

How? Simple. Using a program called Dolphin, one of the most popular and accessible emulators around. What Dolphin does is simulate the workings of a Wii (or GameCube) on your PC, turning it into the prettiest and most powerful Nintendo console you’ve ever seen.

To get started, you’re going to need a program called Rawdump, version 2.1. You’re also going to need to make sure your disc drive is compatible with the program, as not all are.

The following DVD Drives are not supported to dump Wii or Gamecube Games:

Known DVD Drives that are supported:

What this does is let you drop your Wii (or GameCube) disc into your PC’s disc drive and “rip” the content off it. This is important because you won’t be playing the game off the disc, you’ll be playing it off the “image” of the disc that you get using the program and save to your PC.

Now that we have the game ready, we need to get Dolphin so we can actually run it.

Make sure you get the right one for your operating system (it runs on Windows, Linux and Intel-based Macs). After it’s downloaded, boot it up.

A lot of emulators out there are complex, arcane affairs, but one of the reasons Dolphin is so popular is that it’s relatively simple to understand and easy to use. There are five big buttons that contain most of the settings you’ll ever need to mess with, and those buttons, as you can see, are pretty self-explanatory.

However, it isn’t perfect. It isn’t a plug-and-play affair. You’ll need to mess around with a lot of the graphics and performance settings to get things running to a level that either suits you or to which your PC can handle. And yes, the better your PC, the better: Because you’re only emulating a Wii or GameCube, it can be quite a strain on your processor, so if you have an older or weaker PC you may need to dial the settings down a bit.

Because these settings will vary from user to user, and even from game to game, I’m not going to list them here. Feel free to tinker with them yourself, or visit the super-friendly Dolphin forums for more specific guidelines.

Because you’re playing on a PC, you can entirely customise the way the games are controlled. Dolphin lets users individually select each button press and axis of movement, so if you’d like to use a keyboard, control pad or combination of the two, you can.

For GameCube (and some Wii) games, all you’ll really need to do is plug in a control pad, configure the settings (just click on the big GCPAD or WIIMOTE buttons) and you’re off. For Wii games, though, you have some choices.

While it’s possible to play games using the keyboard, control pad and mouse to replicate the movements of a Wii controller, it’s a shoddy workaround. The best way to play Wii games, especially those like Skyward Sword which require MotionPlus, is to use your actual Wii controller.

To get one running on your PC, you’ll need two things: A Bluetooth adaptor (if your PC or Mac doesn’t already have the capability) and a wireless sensor bar. Some people will say you don’t need the latter, but it will save you a lot of hassle.

The Bluetooth adaptor lets you sync your Wii controller to your PC so it can read its movements, and using a wireless sensor bar means all you need to do is take the bar away from your console and put it under your monitor instead. Get them running and bam, you have the perfect Wii control system, right in front of your PC.

Now that you’re all set up, it’s time to play! Click on the yellow “OPEN” folder icon on Dolphin’s main dashboard and browse to the .iso file you got from your Wii disc. Select it then, gods willing, your game should start up and look amazing. 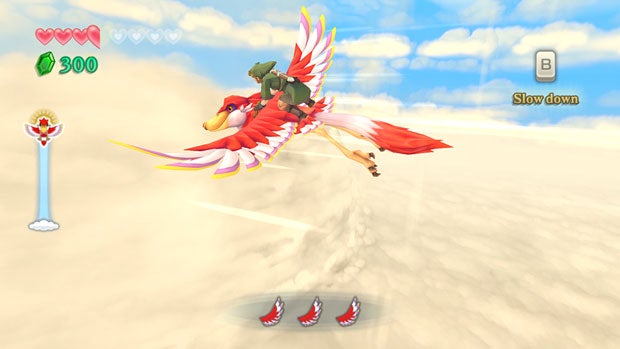 If it doesn’t, or if there are glitches, or the controller isn’t working, or something else goes wrong, relax. Like I said, this isn’t plug-and-play. Most games usually take a little fine-tuning to get working, and once again, the best place for advice on specific games (since some can be a little twitchy in Dolphin) is to head to that title’s thread on the Dolphin forums.

And that does it! Hopefully those of you who have enjoyed their copies of Skyward Sword, or any other big Wii game recently (Okami and Mario Galaxy come highly recommended), can now go back and enjoy them all over again, only this time in shiny HD. Ditto for your GameCube collections as well, as Wind Waker looks amazing.