You Can Run A Slack Client For The Commodore 64 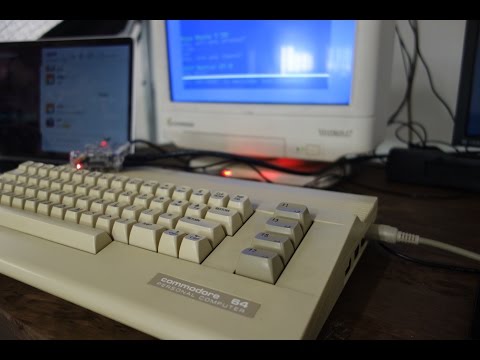 The chat app Slack boasts more than four million daily active users, but I bet this guy is the only one using it from his Commodore 64. One software engineer has written a slack client for the old-school computer and he has made the code available on GitHub.

Software engineer Jeff Harris managed to write a Slack client for the Commodore 64, a home computer released in 1982 that sported 64 kilobytes of memory. Harris wrote a Slack client in 6502 assembly, and he put the resulting code on Github. Getting the client to actually work took some special tricks. Using the Commodore 64’s Userport, Harris used a homemade adaptor to connect the computer to a Raspberry Pi.

On the Raspberry Pi, Harris wrote an app in Node.js that talks to Slack’s API. It’s basically a translator to allow messages sent from the Commodore 64 to connect to the outside world and vice versa.

The best part is that it works! Check out the video Harris made, showing how messages he sends from the Commodore 64 show up in Slack. He even managed to reverse engineers the / commands. Everything is remarkably well documented, so if you have the time or inclination, you can do it yourself.