The Philips Hue Dimmer Kit Is Landlord-Friendly, Adds Dimmable Lights To Any Home

I wanted dimmable lights in my apartment, but like most people, my lease won’t let me mess with the electricals. I thought I was stuck until I found the the Philips Hue Dimmer Switch. It’s cheap, gives you instant dimmable lights with little setup, and leaves the door open to cooler smart home gear in the future.

Why “Smart” Lights Were the Solution to My Dimmer Problem

When you think about smart lights, you probably imagine an expensive set of bulbs you control from your phone. If you want to use a regular wall switch, you even have to buy expensive smart light switches like this WeMo model. That’s overkill if you just want to dim a light bulb. The $35 Philips Hue Dimmer Switch, on the other hand, is a standalone kit that makes adding a dimmable light easy.

If you want more, it’s also a gateway drug to smart lighting in general, which lets you control lights with your phone, use voice commands with an Amazon Echo or Google Home, set your lights to turn on and off automatically on a schedule, and even lets you use IFTTT or other automation apps to control them, so you can get as geeky with your lighting as you want.

At first, all I wanted was a light dimmer, but I liked having the option to upgrade over time without dropping a ton of money at first. I started with the Hue Dimmer Switch kit to add a simple dimmer to my living room lamp. This kit is one of the least destructive, simplest ways to add a dimmer to a light that I’ve found, but it also kept the door open for all of the above fun stuff in the future, which I eventually decided to do.

Setting Up the Hue Kit Is Easier than Installing Dimmer Switches 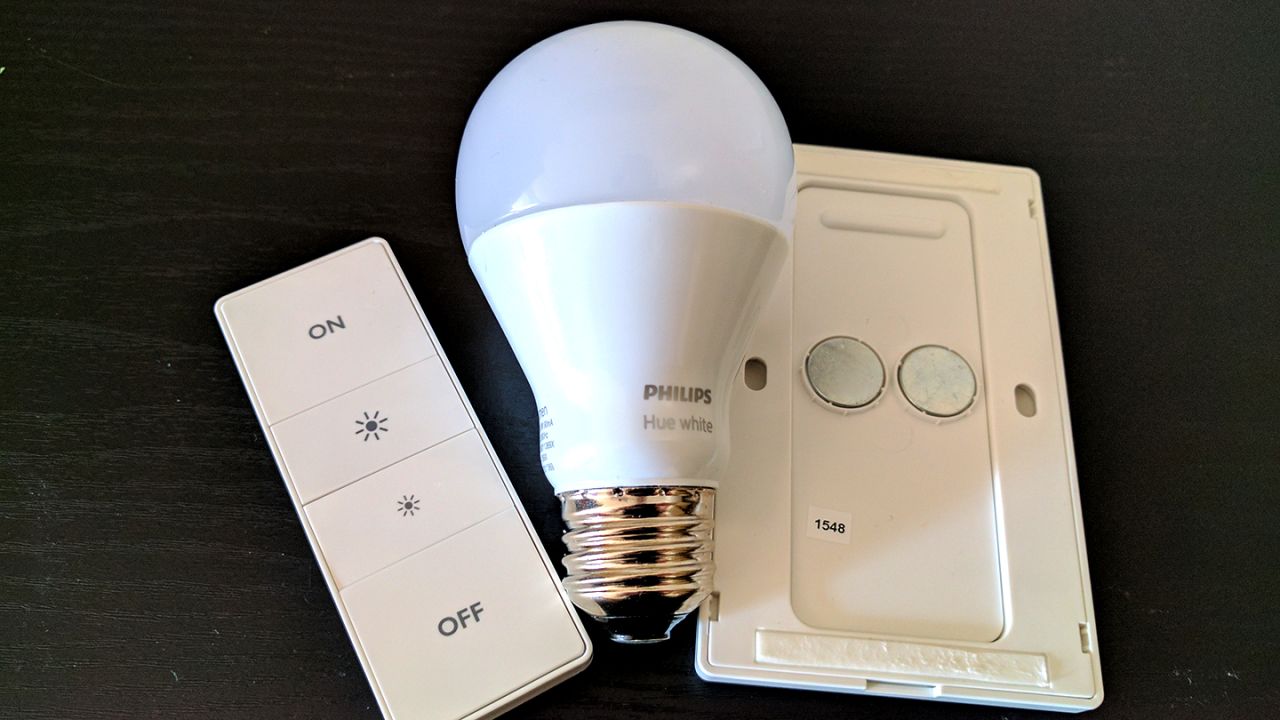 Setting up the Hue dimmer switch is as simple as plugging in a regular light bulb. The set includes one standard Hue smart bulb and the dimmer switch plate. The bulbs are LEDs, with a lifespan, according to Philips, at about 15,000 hours. While that’s not the longest-lasting LED you can buy, it’s slightly better than CFL bulbs, look much better, are more energy efficient, and should last for many years without burning out.

The light switch is paired directly with the bulb out of the box, so you don’t need to install apps, pair devices, or do any of the complicated setup that’s required of other “smart” light bulbs and fixtures just to get a dimmable light in your home. The switch sticks to the wall with a rental-friendly sticky pad that comes off clean when you decide to remove it. Unlike other dimmers, you don’t need to mess with wiring or replacing switch boxes. The switch is actually a remote that sticks to the plate with magnets, so you can take it off the wall and use it as a remote on the couch, for example.

You also don’t need the $90 bridge that most of the Hue lights require (more on that later). Just plug the bulb into a lamp or light fixture and stick the switch to the wall and you’re ready to go. Like any normal light (but unlike many “smart” lights,) it works without an internet connection. You can even add multiple bulbs later and pair them directly with the switch. Just tap the on or off button multiple times to control different lights. Bottom line, this kit is the easiest way to add a dimmable light to any room or light fixture without messing with your home’s electrics.

The Hue Bridge Adds Phone Control and Voice Commands, But You Don’t Need It 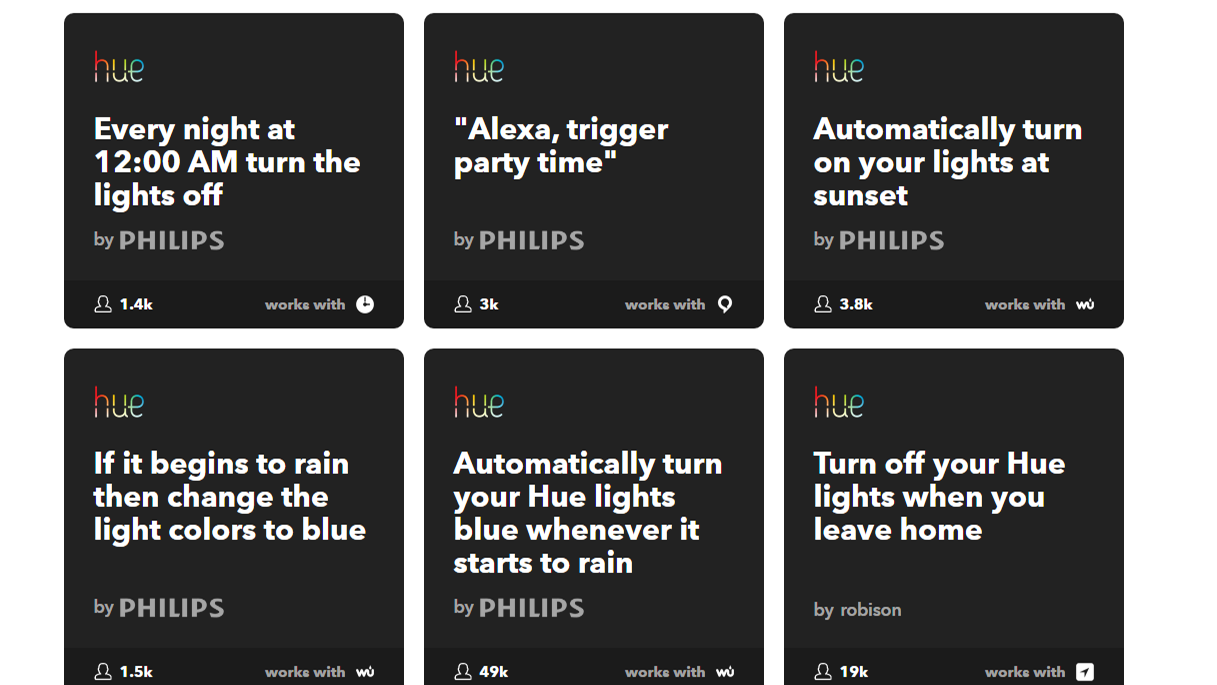 The Hue kit works as a standalone unit, so you don’t have to add complexity or tech to your home just to get dimmable lights in every room. However, Philips also sells the Echo or Google Home. You can’t schedule lights to turn on or off at certain times. All you get is a dimmable light bulb. That solves specific problems, but it falls a little short of the smart home promise.

If those features sound useful to you (like they did to me), consider this inexpensive kit the prodding you need to upgrade. Shortly after setting up this switch, I bought a Hue Starter Kit ($US70 ($96)) which includes the bridge and two more bulbs. It’s expensive, but it makes all of your Hue lights smarter. . You can connect the bulb that came with your dimmer kit to the bridge and control it with your phone, Echo, or Google Home. You can also program the switch to control more lights and even cycle through colours or colour temperatures on the Hue bulbs that support it.

While you can use the Hue dimmer switch without getting the bridge, I highly advise against using the bridge without the dimmer switch. Phone apps and voice control are a convenient way to control lights, but you don’t want them to be your only option. The dimmer switch is convenient, reliable, and much quicker than barking out a voice command or pulling out your phone.

Smart light bulbs can be great, but they’re still pretty expensive. The Hue Dimmer Switch Kit, however, improves on your existing lights, and doesn’t require complex or expert installation. You get a dimmable light, a remote control, and a new light switch all without touching a single wire. For $35, that’s a renter’s dream.