Christmastime is here, and its traditions have become secular as much as they are religious. However, if you have friends of non-Christian faiths, including them in joy and spirit of the the holiday season can be tricky. Here’s how to show goodwill without trampling someone else’s beliefs.

Christianity is the largest Australian religion according to the national census. In the 2011 Census, 61.1% of Australians were listed as Christian. While many view it as purely a religious event, others simply celebrate a time of goodwill and gift-giving with their friends and family. However, the mingling of the religious and secular can make it feel tricky to include your friends of other faiths. To help bridge the gap, we researched and spoke with people of various faiths to find the best ways to include everyone in the festivities (assuming they want to be included, of course) while still being respectful of their beliefs.

Focus On Celebrating Friendship and Kinship With Muslim Friends 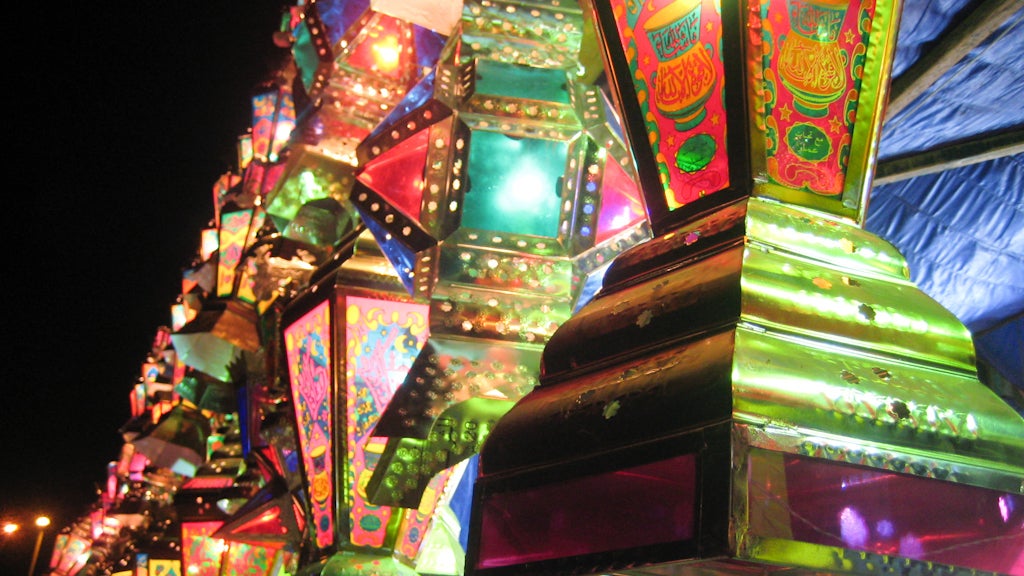 Since Christians view Jesus as the birth of God’s son, Christmas takes on a special importance among the holidays for them. Muslims, however, view Jesus as a human prophet, one in a long history of them, and not even the most recent. This means that from a religious perspective Christmas isn’t really a holiday. However, from a cultural perspective, many American Muslim families still participate in the secular-inspired aspects that we associate with the holidays like decorating a tree or exchanging gifts.

Unlike Judaism, Islam doesn’t have a major holiday definitively set in December. Muslim holidays adhere to the Islamic calendar, and take place on different days in the Gregorian calendar you’re familiar with.The major holidays of Ramadan, Eid al-Adha, and Eid al-Fitr last aligned with December in the 90s and 2000s, but won’t line up again for a couple decades. This year, Mawlid, the celebration of the birth of the prophet Muhammad, took place on December 12th. However, none of these should be construed as “holidays” in the same way we view Christmas or Hanukkah.

If you want to include your Muslim friends in holiday celebrations or gift exchanges, it’s best to ask them individually first. As Muslim-American writer Sajdah Nubee explains on the Huffington Post, determining how and whether to participate in the cultural aspects of Christmas is a deeply personal choice:

Like my parents, I know for many Muslims, determining what constitutes celebrating is often a topic of discussion. It typically comes down to individuals deciding for themselves how they define celebrating the holiday. That may look like different things for different people.

For example, I do not buy a Christmas tree or decorate my home. However, during the holidays there are often charity drives through different organisations. Because I would ordinarily give charity any time of year, I donate to these charities with the intention of giving back.

Once again, giving gifts is up to the individual, but it’s best to avoid specifically religious gifts. While Christians and Muslims disagree on particular religious points, both faiths value charity, generosity, and kindness. Like with Judaism, if you want to give food-based gifts, there are certain dietary restrictions you should be mindful of. Certain foods are considered halal or “lawful.” This guide from the University of Toronto gives a brief primer, but never hesitate to ask the person you’re giving the gift to. 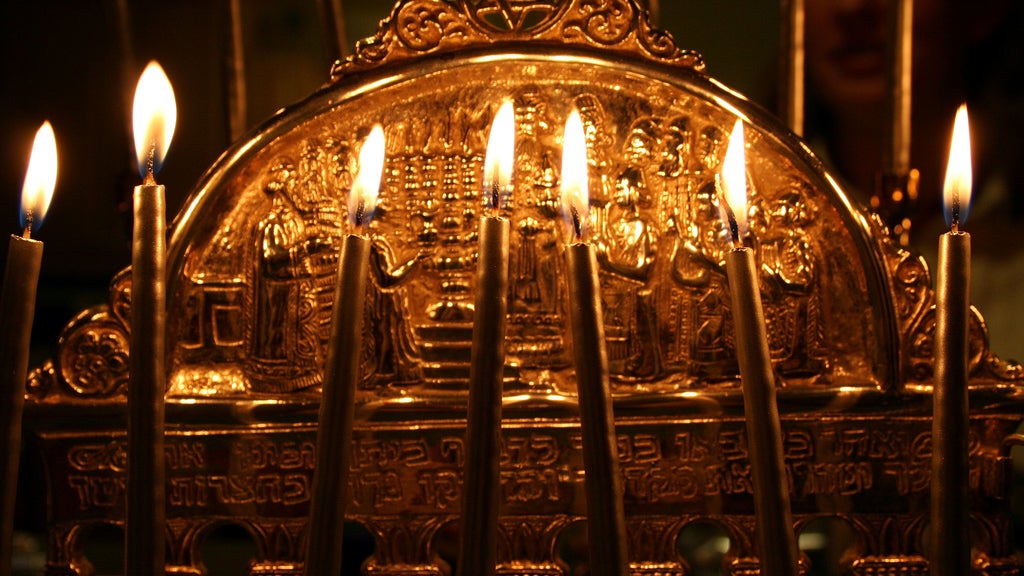 The Jewish holiday of Hanukkah (also spelled Chanukah in more traditional circles) falls in December, which leads some to lump it in with Christmas into a general “holidays” celebration. Thanks to a combination of advertising and social pressure, Hanukkah, the Festival of Lights, is seen as a more gift-giving holiday than it traditionally is. While Jewish families often give gifts to their children during Hanukkah today, this is largely in response to the pressures of Christmas itself. Christian and secular children get a truckload of presents, so Jewish families started giving gifts as well.

It’s important that non-Jewish families don’t interpret this trend to mean that Hanukkah is just “Jewish Christmas.” Not only was the gift-giving aspect of Hanukkah adopted from Christmas in the first place, but Hanukkah isn’t even necessarily the most important holiday to the Jewish faith. Rosh Hashanah, Yom Kippur, and Passover are all a bigger deal.

You can still give gifts to your Jewish friends if they’re ok with it, they’d likely appreciate it anyway in the spirit of the season. Depending on their preference, though, you may want to avoid calling it either a Christmas or Hanukkah gift. I spoke with a friend named Ben, who practices Reform Judaism, which is the least strict sect of Judaism (the other groups, Conservative, Orthodox, and Hasidic, are progressively more strict). He celebrates in an interfaith marriage and advised giving more general gifts to friends and avoiding the religious aspect:

The tradition of giving gifts came from the fact that Jewish children felt left out while their Christian friends received mountains of presents Christmas morning. Purim is traditionally more of a gift giving holiday in my opinion than Hanukkah. That said there is no reason not to give gifts…

In general I would avoid religious or non-kosher gifts unless they are specifically requested. As to what is an ideal gift depends on the person and the situation, so when in doubt, ask.

For non-food gifts, staying away from religious themes should be easy. Star Wars action figures are pretty religion-agnostic, for example. However, if you want to give a food-based gift, Ben recommends checking out Chabad.org to read up on what foods are kosher and what aren’t. Keep in mind that not all Jewish people keep kosher, but in situations like this, the thought should count. You can also look for kosher-certifying agency labels on the foods you buy. This list categorizes various regional certifying agencies and shows the labels they put on food. Note that not every household will recognise every agency’s symbol as valid, so ask before you buy anything.

Finally, it should go without saying but for Jewish families (or anyone, really), avoid using Christmas-themed wrapping paper for your gifts. While it might be more convenient to wrap your gifts with the same paper, it can be rude to offer a “non-religious” interfaith gift in paper that’s distinctly adorned with crosses, nativity scenes, or even some traditional Christmas iconography like pine trees or Santa. Some individuals may not care that much, but when in doubt, go neutral.

No Matter Who You’re Celebrating With, Ask What They Would Prefer 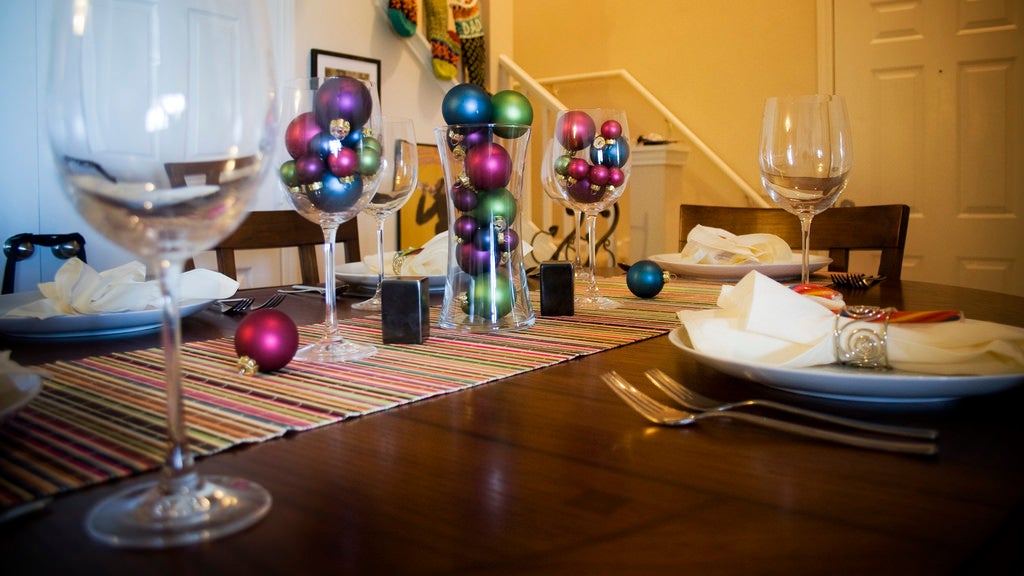 Everything we’ve talked about so far is a fine guideline, but if you really want to know what your friends and loved ones prefer, there’s a foolproof way to find out: ask them. Everyone’s faith (or lack thereof) is very personal and differences should be both respected and celebrated. Some of your friends may prefer to be left out of Christmas celebrations, while others may have no problem being included entirely.

Keep in mind that having a non-Christian faith can be isolating during the holidays. Despite the talk of a “war on Christmas,” you’ll find Christmas-themed ads, gifts, shows, events, and parties everywhere. Hanukkah might make a few appearances, but most other faiths, even beyond the ones we’ve mentioned here, are left out entirely, buried under marketing and reminders for a celebration they don’t take part in.

That doesn’t mean you can’t have your celebration, but keep in mind that those with different faiths have a very different perspective than your own. Be inquisitive and respectful without forcing your own beliefs on someone else, and feel free to share your goodwill and festivities where it’s welcome. The more you and those around you focus on the things you have in common and the values you share, the happier every holiday will be.