How To Cool Off And Stay Safe In Public Pools

The cool, glistening waters of public pools are certainly seductive on a hot summer day. But if they’re not properly maintained and treated, these public pools spread germs that can cause unpleasant illnesses and ruin the fun. Here’s what you need to know to stay safe (and cool) in a public pool.

Illustration by Sam Woolley. Images by armsultan and Lotzman Katzman.

In high school, I thought about joining the water polo team until an insider friend told me the senior players would intentionally urinate and fart in the pool before practice to haze freshmen. “But the chlorine will kill all the bacteria, so you’ll be ok,” she added upon detecting my abject horror and disgust. Still, I was pretty sceptical (and I never ended up joining), and it turns out I was right to be.

You Can’t Always Trust the Pools to Have Enough Chlorine

Chlorine is what gives pools that strong, funky smell, but its main purpose is to destroy pathogens, such as E. Coli, Cryptosporidium (Crypto), Giarda, and other recreational water illnesses. Generally, adequate chlorine helps so that many harmful bacteria can’t be in great enough numbers to actually make people sick with nasty stomach issues, rashes, and ear infections, to name a few.

In a recent report in Morbidity and Mortality Weekly Report by the Centres for Disease Control and Prevention (CDC) in the US, myriad public pools, hot tubs, and water playgrounds were cited for health violations due to insufficient concentrations of chlorine and another disinfectant chemical, bromine. Bromine acts similarly to chlorine, but it’s generally used in hot tubs because it’s more stable in warmer temperatures.

The CDC recommends at least 1 parts per million (ppm) and 3 ppm of chlorine in pools and hot tubs, respectively. For bromine, it’s a bit more. (These figures apply to your own backyard pools, too.) But swimming pool chemistry is pretty complex.

The CDC report noted that secondary to deficient chlorine levels, the next common violation was an inadequate pH level. The pH needs to be maintained within a certain range (usually between 7.2-7.8) to balance chlorine’s effective germ-fighting power with you being able to comfortably tolerate the chlorine’s harsh effects. When the pH is too high, there’s less available chlorine. If pH is too low, it could severely irritate your eyes and skin (and we’ve all been in a pool where that’s happened before.)

Other commonly cited violations included poorly maintained equipment, such as pumps, filters, and chemical feeders, which all create an opportunity for infectious diseases to spread. It’s disturbing to read, but even the CDC admits in their report that operation and maintenance violations (and their subsequent closure if deemed unsafe) of public pools occur very frequently.

Clearly, not all pools are well-regulated, but you can do your own quick inspection to decide if you should dive in. For example, if you can’t clearly see the bottom, the pool may not be regularly maintained or cleaned, and you wouldn’t be able to clearly see swimmers in the water either. And if the pool doesn’t even have a life ring or similar safety equipment handy, then it’s a fair indicator it doesn’t closely follow other pool safety regulations.

You Can Prevent More Contaminants From Going Into the Pool 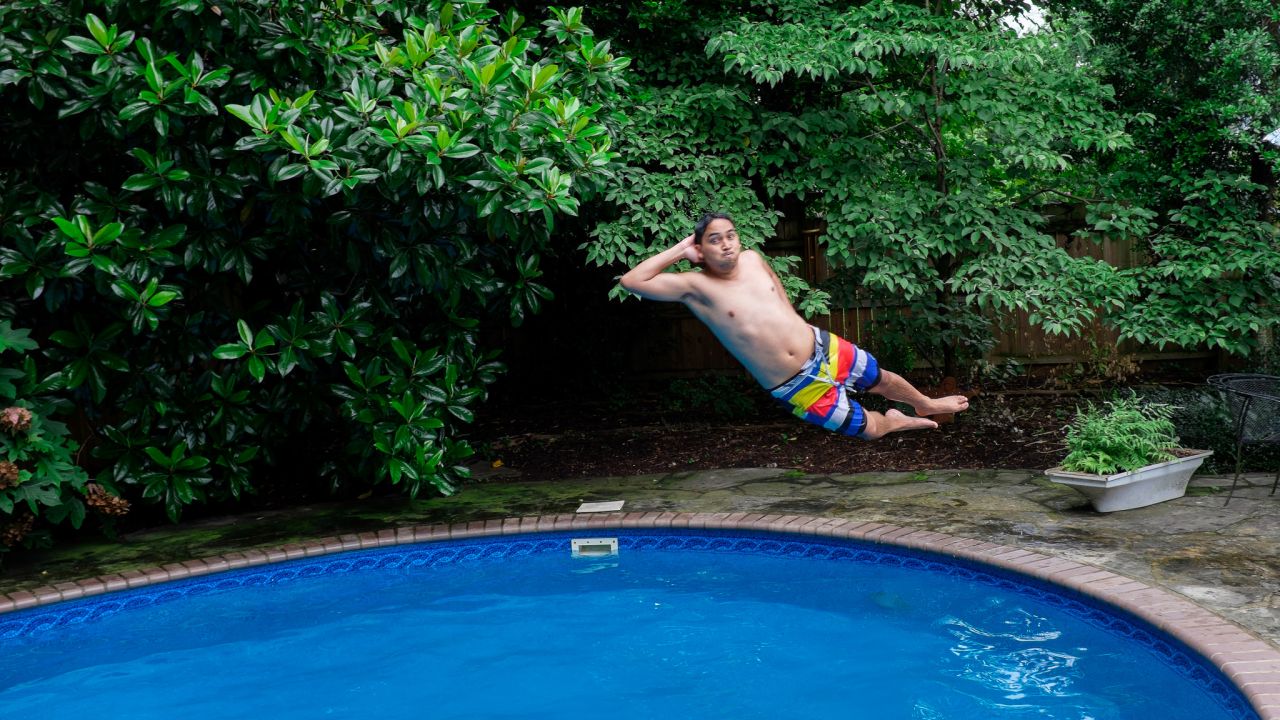 No matter what, the next pool you dive into is likely going to have pee, sweat, and other bits of gross stuff in there, and there’s nothing you can do about that. However, sometimes the problem is less the pool itself and more the people that go in it. You can help out. Here are some rather common sensical precautions and advice to consider:

In reality, the risk of getting a recreational water illness is small, but real. It doesn’t mean you need to avoid the pool entirely (you do if you have diarrhoea though). Just be ready for those Code Browns.

The Danger Beyond Germs 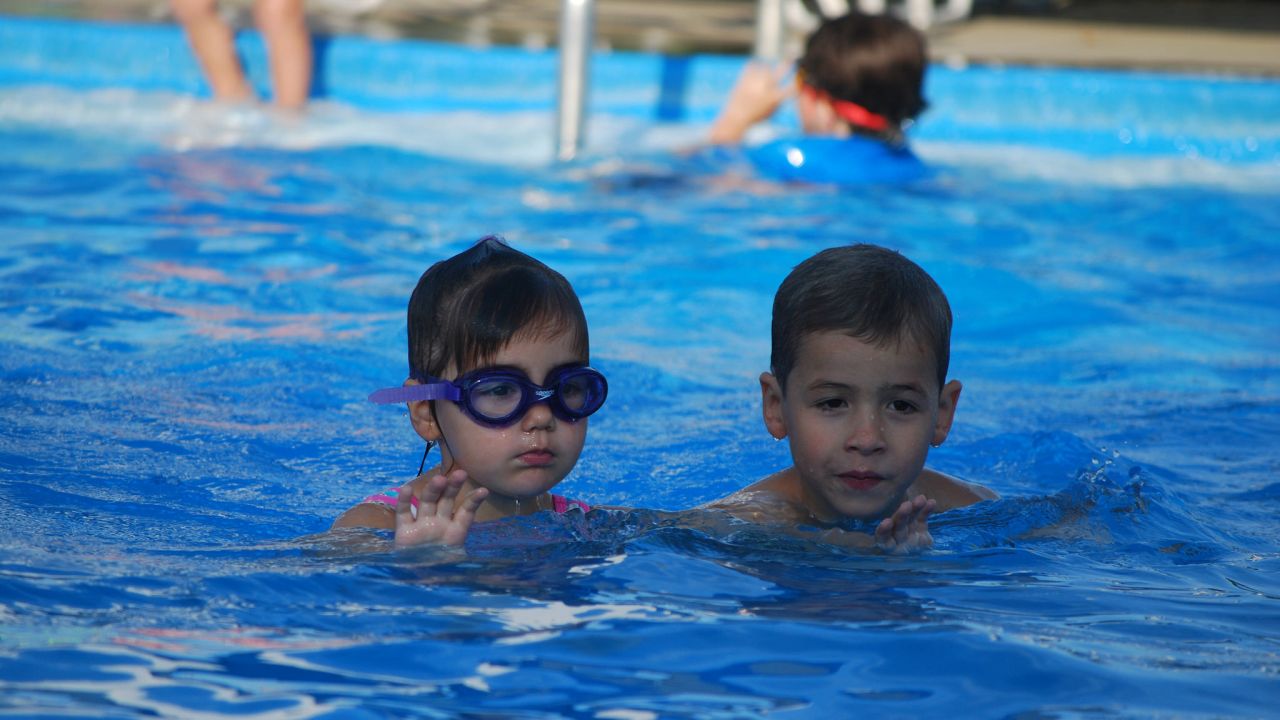 Public pools often pose another even greater danger: drowning. According to the CDC, drowning is the fifth most common cause of accidental death for people of all ages.

Children between the ages of 1 to 4 have the highest risk, so it’s important to keep a close eye on the little ones. Never leave them unattended. Pool Safely, a brainchild of the U.S. Consumer Product Safety Commission, recommends:

Designate an official Water Watcher, an adult tasked with supervising children in the water. That should be their only task — they shouldn’t be reading, texting or playing games on their phone. Have a phone close by at all times in case you need to call for help, and if a child is missing, check the pool first.

In addition to watching out for children and others who aren’t particularly skilled swimmers, you should learn to recognise what drowning actually looks like. It’s usually not as obvious as you see in shows. The danger is even greater in a crowded swimming pool, as it’d be especially difficult to tell when someone is having trouble if everybody is splashing and moving around.

More importantly, if you yourself are not adept at swimming or trained to rescue someone from drowning, avoid playing the hero and potentially becoming a victim yourself. Recruit help from a lifeguard (if there’s one on duty) or a skilled swimmer instead.

If it comes down to it, don’t delay CPR by waiting around for medical personnel to come. Even if you’re not exactly sure about what you’re doing (psst…here’s a video on it), just start doing chest compressions to the rhythm of the classic 70s song “Stayin’ Alive.” In the case of a drowning victim whom you’ve just pulled out of the water, swift action could reduce the chance of brain damage, according to the CDC.

Whether you’re an avid swimmer, someone who just wants to cool off in a pool, or a pool owner yourself, you can find more information at CDC’s Healthy Swimming website about keeping you and your family safe and having positive pool-related experiences this and every summer.