Five Tasty, Edible Gifts That Are Easy To Make

A good food gift doesn’t need to be an expensive gourmet gift basket, but it should be thoughtful, delicious, and a little unexpected. These edible and drinkable presents are thoughtful and customisable, and will make your gift stand out in a sea of boring fruitcakes. 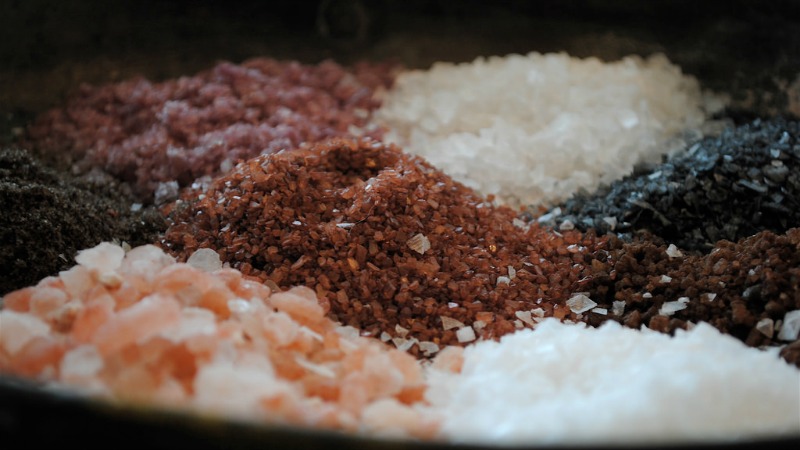 Sure, you can buy fancy flavoured salt for way too much money, or you could make your own little sampler pack on the cheap with flavours as unique as your wonderful brain. Almost any flavour — from coffee to lemon-ginger — can be reimagined as a salt, you just have to know how to prepare them.

If you’re flavourings are dry (think herbs, spices, and dried fruits and vegetables) you’ll need a food processor (or a mortar and pestle) and 1-2 teaspoons of your dried tasty add-ins for every ¼ cup of salt. If you’re drying something like lemon zest yourself, just pop it in the oven at 93 degrees Celsius until it’s completely dry. Pulse your add-ins in the food processor (or crush them using your mortar and pestle) until you have little flavourful bits that are about the size of a grain of salt. Then mix them up with your favourite sodium chloride in a small bowl. Transfer to an airtight container and set aside for at least twenty four hours to let the flavours meld. Scoop your new flavoured salt into cute, festive jars, label them, and give them to your foodiest friends. Flavoured salts retain their flavour for up to a year, but they probably won’t make it that long.

If you need some ideas to get your creative juices flowing, try one or more of these:

If you wish to flavour your salty crystals with your most favourite wet condiment (hot sauce, hoisin sauce, BBQ sauce, any damn sauce), they will need to spend a bit of time in the oven. Just combine 1 tablespoon of flavour-packed liquid with ½ a cup of salt and stir until completely combined (leave no white patches). Spread the mixture out on a baking sheet lined with parchment and pop it in the oven for two hours at 77 degrees Celsius stirring frequently. Store your creation in an airtight container for up to a year.

Making salt flavoured with your favourite wine or liquor is a similar process, you just have to make a reduction first. Pour out three cups of booze for every cup of salt you’ll be making, and cook down into a thick viscous syrup. Stir the syrup into the salt and dry it out in the oven as described above.

‘Tis the season for chocolatey beverages, and you definitely don’t want to give sad packets of instant hot chocolate from the supermarket. There are two ways to make your own, upgraded instant hot chocolate, and both are pretty easy to execute. The first, which is featured in the video above, only calls for three ingredients: 340g of your favourite semisweet chocolate (aim for something between 60% and 80%), one cup of heavy cream, and a ¼ teaspoon of salt. Microwave for about two minutes, stir, and repeat until everything is completely combined. Cover the mixture and refrigerate until firm. Once it’s scoopable, shape into little morsels and wrap each one in plastic wrap. (Alternate red and green plastic wrap for extra Christmas-y cheer) Place the single servings in a large mason jar, and gift away, ensuring the giftee understands that this gift must be kept in the fridge.

If you’d rather give a more shelf-stable, powdery iteration of hot chocolate, do not despair: we’ve got one of those too. Like the hot chocolate above, this recipe also has a mere three ingredients. Just combine ⅔ cup of sugar with ⅓ cup of unsweetened cocoa powder (you can get really fancy here) with a pinch of salt and store in an airtight container. If you want to get super festive, you can take it up a notch by adding cinnamon, cloves, ginger, allspice, or even cayenne for a sweet and spicy kick. (Earn even more extra credit by including a bottle of red wine for mixing in.) 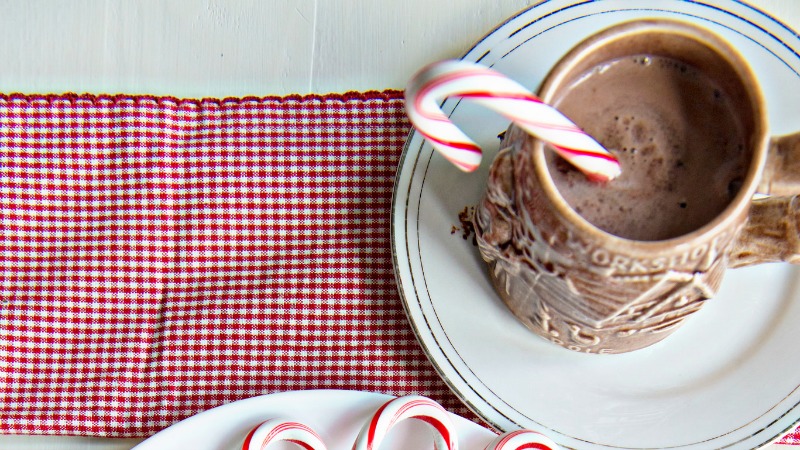 I’m honestly not much of a coffee person (I get my caffeine from a little beverage known as “Diet Coke”) and I’m definitely not a sweet coffee person, but I’ll be damned if I don’t enjoy the heck out of a peppermint mocha. (I mean, let’s be real: It’s basically hot chocolate with a slight jolt.)

To give the gift of pepperminty goodness that can be added to any holiday beverage (or ice cream), just grab a handful of candy canes and some plain ‘ol sugar. Add two cups of sugar to a sauce pan with a cup of water, and stir over medium heat. Break six to eight candy canes into 5cm pieces and add them to pot. Continue to cook until the candy canes have dissolved and then bring the whole thing to a boil. Let it reduce for two or three minutes, remove from heat and transfer to glass bottles or mason jars once cool. 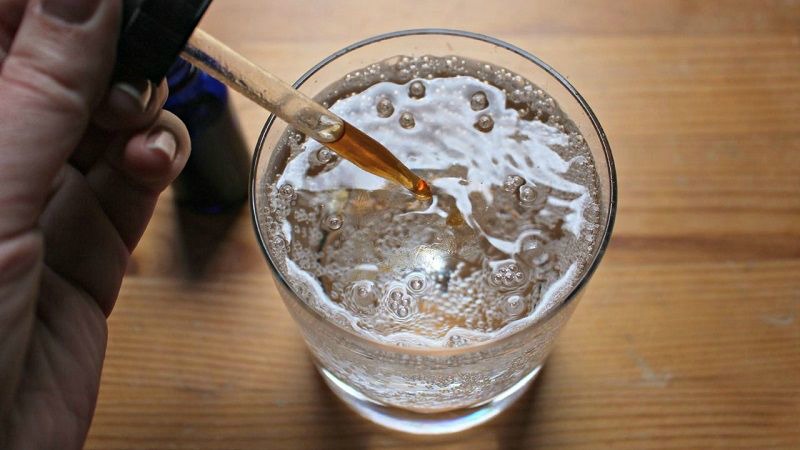 Bitters are the spice rack of the craft cocktail world, and just a few drops can add depth and complexity to an already decent drink. Sure, you could buy some fancy cocktail bitters made by free-range hipsters, or you could make your own, unique little alcoholic tinctures that force your friend to think of you whenever they make an old fashioned.

Making bitters is slightly more involved than some of these other edible gifts, but it’s not difficult. You should check out our extensive guide on the subject, but here’s the basic procedure. First, as the name would suggest, the most important ingredient in a bottle of bitters is the bittering agent, so you’ll need one of those, along with other flavourful plant parts. Here are some options to get you going.

Once you have a firm grasp on a clear flavour vision, put your selected botanicals in their own little jars and cover them with a high-proof alcohol. (One to two teaspoons of dried plant parts in four ounces of alcohol should do it.) Everclear is great if you don’t want your booze to contribute any flavour, but high-proof rum or bourbon work well too. Let everything infuse for about a week (or use an immersion circulator to speed up the process), shaking the jars every day or so. Once the flavours are as strong as you want them to be — you can test them by putting a couple of drops in plain soda water — strain out the botanicals and get to mixing. If you need ideas for tasty combinations, try a few of these on for size:

Exact ratios are up to you, so mix, taste, and adjust as needed, taking copious notes so you can recreate your masterpiece when it is inevitably requested next holiday season.

A Bottle of Excellent Cocktails 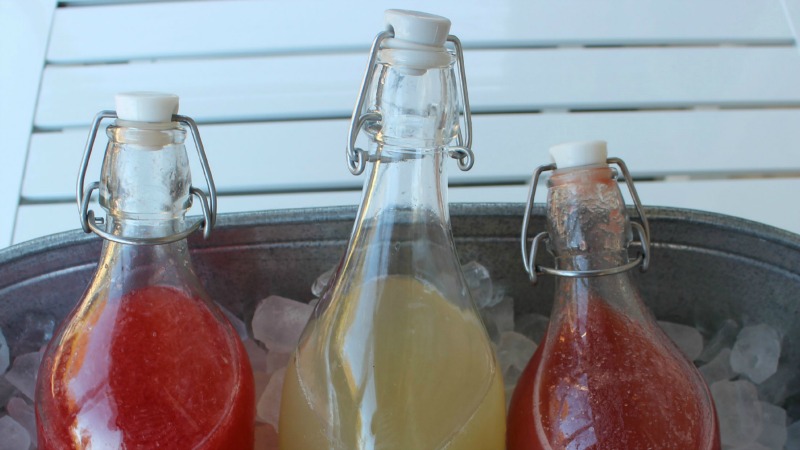 Anyone can give a bottle of wine, but if you really want to get the party started, give a bottle of cocktails. Making a big batch of premixed cocktails isn’t as easy as scaling five-coupe glasses worth of Manhattan’s in a bottle, but it’s not much more difficult.

First of all, you’ll want to pick a cocktail with a bit of staying power. Drinks with fresh juices are best consumed the day they’re made (really acidic juices can last a little longer, though) and beverages with egg and cream are best avoided altogether, as they can get seriously funky if they sit around. Spirit forward classics like Manhattans, sours, and negronis are all good options, and you can find recipes for such in our guide here.

No matter what cocktail you’re scaling up, you’re going to need to add a little extra water to mimic the dilution that occurs when a cocktail is shaken or stirred with ice, which rounds out the flavours and tames that alcoholic bite. Stir everything together in a pitcher, funnel into a pretty glass bottle, and chill. Tie a cute little tag around the neck of the drinking vessel, and present this future (delicious) hangover with pride.

Whichever edible (or drinkable) gift you decide to make and give, remember that truly is the thought that counts, so have fun crafting your tasty treats and don’t take it all too seriously. If it all truly goes to hell (and I can’t imagine that it would) just make a big batch of cookies. Everyone likes cookies.