CyanogenMod Is Dead, And Its Successor Is Lineage OS

CyanogenMod was the biggest, most widely used custom Android ROM. Now, it has been discontinued, due in part to internal conflicts within Cyanogen Inc. Don’t worry, though: A new fork of CyanogenMod called Lineage OS is taking up the mantle, and it will keep most of what you loved about CyanogenMod.

What Happened to CyanogenMod, and Where It’s Going From Here

There’s a lot of internal drama surrounding the death of CyanogenMod, but here are the basics. CyanogenMod started as a community-run open source ROM that fixed the many problems of carrier bloat and garbage skins from manufacturers on early Android phones. Before stock devices like the Nexus and the Pixel, CyanogenMod was the only way to get a mostly-pure Android experience. In 2013, the ROM’s lead developer Steve Kondik and several other developers formed Cyanogen Inc. to develop commercial variants of the ROM, working directly with manufacturers like OnePlus to bring their ROM to more phones. Since then, all the new versions and nightly builds of the open source CyanogenMod project have been maintained and distributed by Cyanogen Inc.

Recently however, we’ve learned about months of internal conflict between Kondik and the company’s CEO Kirt McMaster. The company botched the deal with OnePlus, causing them to break ties with their most visible partner. Kondik and McMaster have had very different visions for the company. Ultimately, McMaster was removed from the CEO position and Kondik has left the company. Under the new management, Cyanogen Inc. has decided to stop maintaining the open source project. That means no more nightly builds, no more development and no financing from Cyanogen Inc. Instead, the company will focus on something called the Cyanogen Modular OS program. There are very few details about what this project entails so far. In the meantime, the company has already started cutting services for the CyanogenMod project, including taking down the DNS routing to the project’s main site.

However, the source code for the CyanogenMod project remains online and open for anyone who wants to take up the project or fork it to build their own versions. This is exactly what many of the developers on the CyanogenMod team, as well as Kondik himself, plan to do. The CyanogenMod team announced that several of its members will create a new fork of CyanogenMod called Lineage OS. In the announcement, the team claimed that Lineage OS will return to its community-driven roots, rather than being a pet project within a larger company as they saw CyanogenMod become.

Download the Latest Version of CyanogenMod For Your Phone Now, Just As a Backup 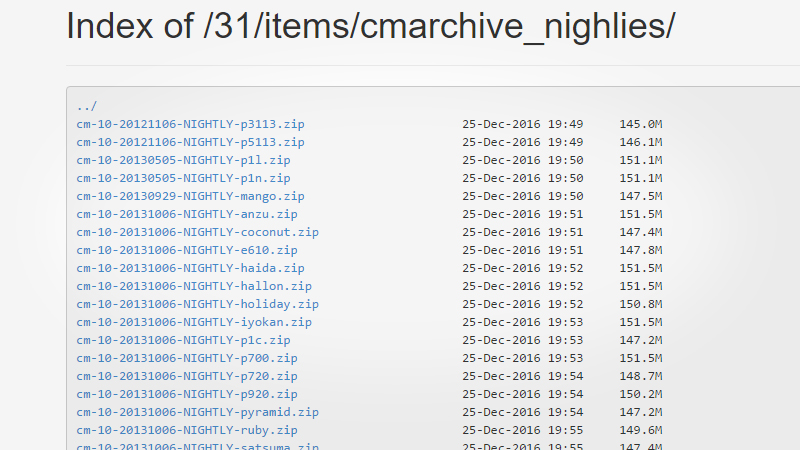 Unfortunately, if you use CyanogenMod right now, there’s nothing here you could consider good news. Cyanogen Inc.’s official statement is frustratingly brief, but it confirms that all CyanogenMod-related services will be discontinued no later than December 31.

For the most part, users on current stable builds of CyanogenMod should be safe using their phone, though you won’t get any future updates. However, if you installed the optional C-Apps package, which included a theme store, a “Find my phone” tracker and a Cyanogen Account among other features, those will likely stop working by the end of 2016. If you’re on nightly builds (which are generally experimental and unstable), you should download the latest reliable build (known as “snapshots”) for your phone as soon as possible. For now, some links on the official build server are still working, but helpful community members are already making backup copies. You can find a mirror of recent nightlies here and a collection of snapshots for various phones here.

Even if you’re using a ROM that isn’t CyanogenMod, this change might still affect you. Some alternative ROMs like Replicant are forks of stable CyanogenMod releases. New versions of your favourite ROMs may take longer to release over the next few months as the transition to Lineage OS takes place. Now is a good time to check if your favourite ROM is based on CyanogenMod, and grab a copy of the latest stable build, just for safe keeping.

Lineage OS Will Replace CyanogenMod, But That’s All We Know for Now 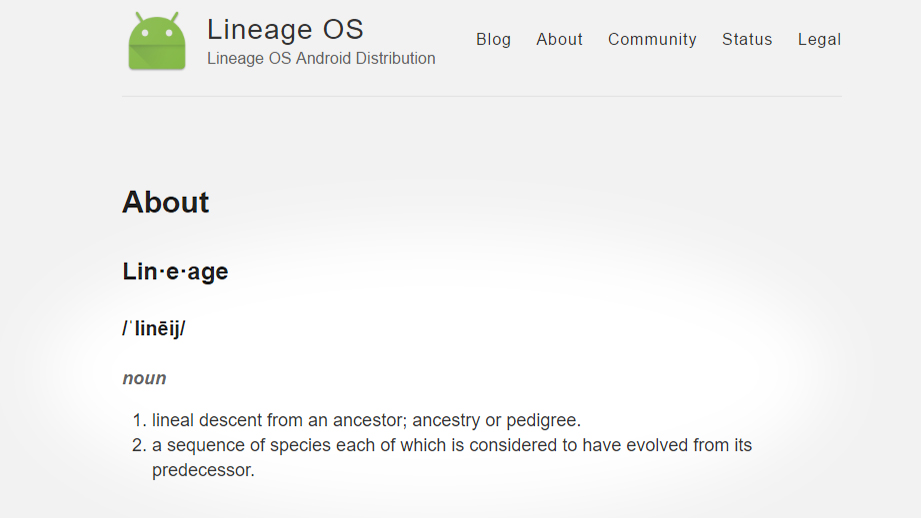 Lineage OS will be a fork from CyanogenMod, so it should be comparable to what you’re used to in terms of features. At its base level, it should come with everything you’re used to, and the first version will likely be as close to the latest stable version as possible, just to get it out the door.

Beyond that, we don’t know much else about it. We know that it’s being created by many of the same developers who worked on CyanogenMod, that it won’t have corporate funding from Cyanogen Inc. and that it will be more “community-focused”. What we don’t know is when we can expect the first releases, what devices will be supported or how this new project will be funded. In lieu of more helpful answers, you can follow these sites and social media accounts to get updates:

The team has also set up the new Lineage OS Gerrit tracker. Gerrit allows developers to announce and discuss changes they plan to make to the code base. This won’t be useful to the casual user, but it’s a good sign of progress that the tracker is already up and running.

Unfortunately, that’s all we know for the moment. Cyanogen Inc. made its decision very abruptly, and the consequences are pretty significant. Meanwhile Lineage OS has had little time to prepare any kind of transition for CyanogenMod users, or to even spin up development on its own. Until we hear updates about Lineage OS, the ROM community is going to be stuck in a bit of limbo. Of course, if you’re looking to scratch that customisation itch, you can always roll your own customised Android with Xposed.