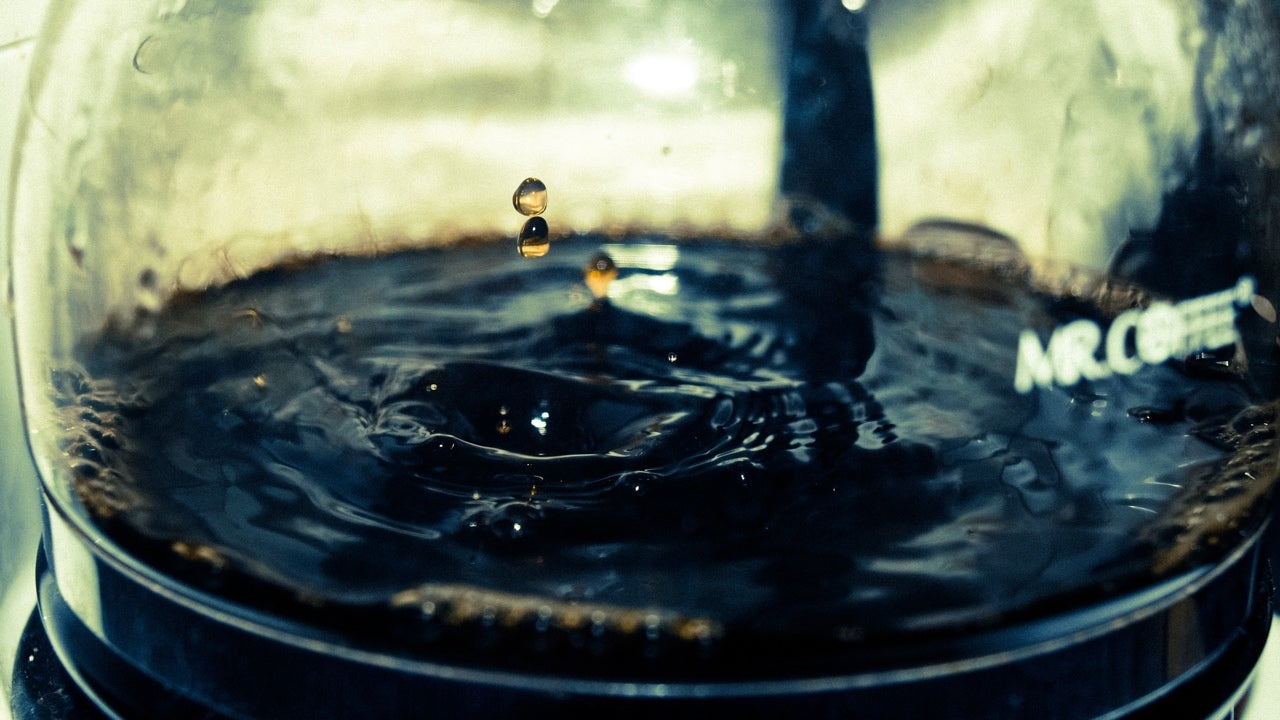 If you use an automatic drip coffee machine, you might be tempted to put your mug directly under the freshly brewed stream to grab a cup before the pot is actually full – a life hack, it would seem! But it turns out your coffee will be better if you wait.

The reason that you shouldn’t try to grab a cup while your coffee is still brewing is that the coffee concentration changes as the brew progresses. That is, it starts very strong but gradually becomes weak. The team at Cooks Illustrated put their coffee to a scientific test and actually measured the concentration of coffee as it brewed:

As we had suspected, the coffee coming out of the spout at the beginning of the brew time was significantly stronger than the last few drops: 3.93 parts per million (ppm) versus 0.44 ppm, or more than eight times as concentrated. It was also more than twice as strong as coffee from a fully brewed pot (1.54 ppm).

Although that does mean the initial stream of coffee will be super strong if you were to purloin a mug-full, you would also ruin the resulting batch by leaving the weakest stuff in the pot. Well, “ruin” if you consider weak coffee to be useless. You’ll get the best balance if you just wait for the complete pot to be ready. Of course, there are plenty of other easy brewing methods to try if you’re a java perfectionist, but nothing beats the simple appeal of automatic coffee.