The Ten Best Books Of 2016, According To Amazon

This year has been a great year for reading. But if you’re wondering which new books are worth your time, consider Amazon Books’ annual list of the best books of the year. We’ve also included links to all ten books so you can purchase them in time for Christmas!

Amazon Books’ editors read thousands of pages before settling on their ranking, which includes a number of memoirs as well as books from debut authors.

“The main challenge for us was that there were a number of great books to choose from,” Amazon Books Editor Chris Schluep said to Business Insider. “In the end, we picked [the top book] for a few reasons: first, it’s a great piece of literature, second, it’s the one that stuck with us the most, and third, it’s a book you look forward to picking back up.”

From a post-apocalyptic thriller to a heartbreaking portrait of modern America, here are Amazon’s top 10 books for 2016.

An ambitious, exuberant new novel moving from north west London to West Africa, from the multi-award-winning author of White Teeth and On Beauty Two brown girls dream of being dancers – but only one, Tracey, has talent. The other has ideas: about rhythm and time, about black bodies and black music, what constitutes a tribe, or makes a person truly free. It’s a close but complicated childhood friendship that ends abruptly in their early twenties, never to be revisited, but never quite forgotten, either…Dazzlingly energetic and deeply human, Swing Time is a story about friendship and music and stubborn roots, about how we are shaped by these things and how we can survive them.

Amazon editor’s verdict: ‘A masterful novel that tackles big issues — race, class, and the ups and downs of long-term friendship — told with a dancer’s grace and ease.’

#9 Before the Fall by Noah Hawley 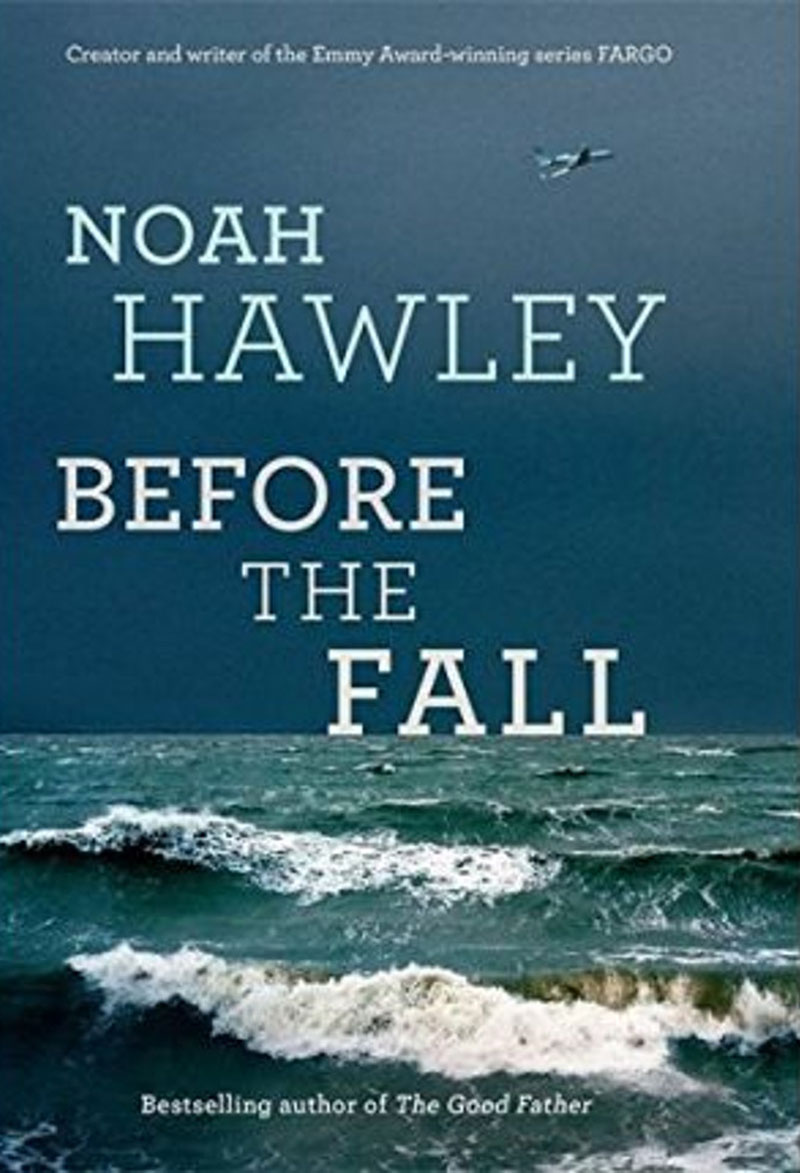 The rich are different. But fate is blind. Down-on-his-luck artist Scott Burroughs would usually take the ferry back to New York from Martha’s Vineyard, but he is unexpectedly offered a spare seat on the Bateman family’s private jet. Then just minutes after take-off, the plane crashes into the ocean and of the eight passengers and three crew, only Scott and the Batemans’ small son, JJ, are left alive. The extraordinary nature of their survival, combined with the fact that David Bateman was CEO of a populist TV news channel, means that Scott will not be returning to anonymity. Along with the orphaned boy, he is engulfed by a maelstrom of speculation, which soon overtakes the official investigation into the tragedy.

Amazon editor’s verdict: ‘From the award-winning creator of ‘Fargo,’ a thrilling page-turner about an aeroplane crash and its seemingly heroic survivors.’

Buy Before the Fall here. 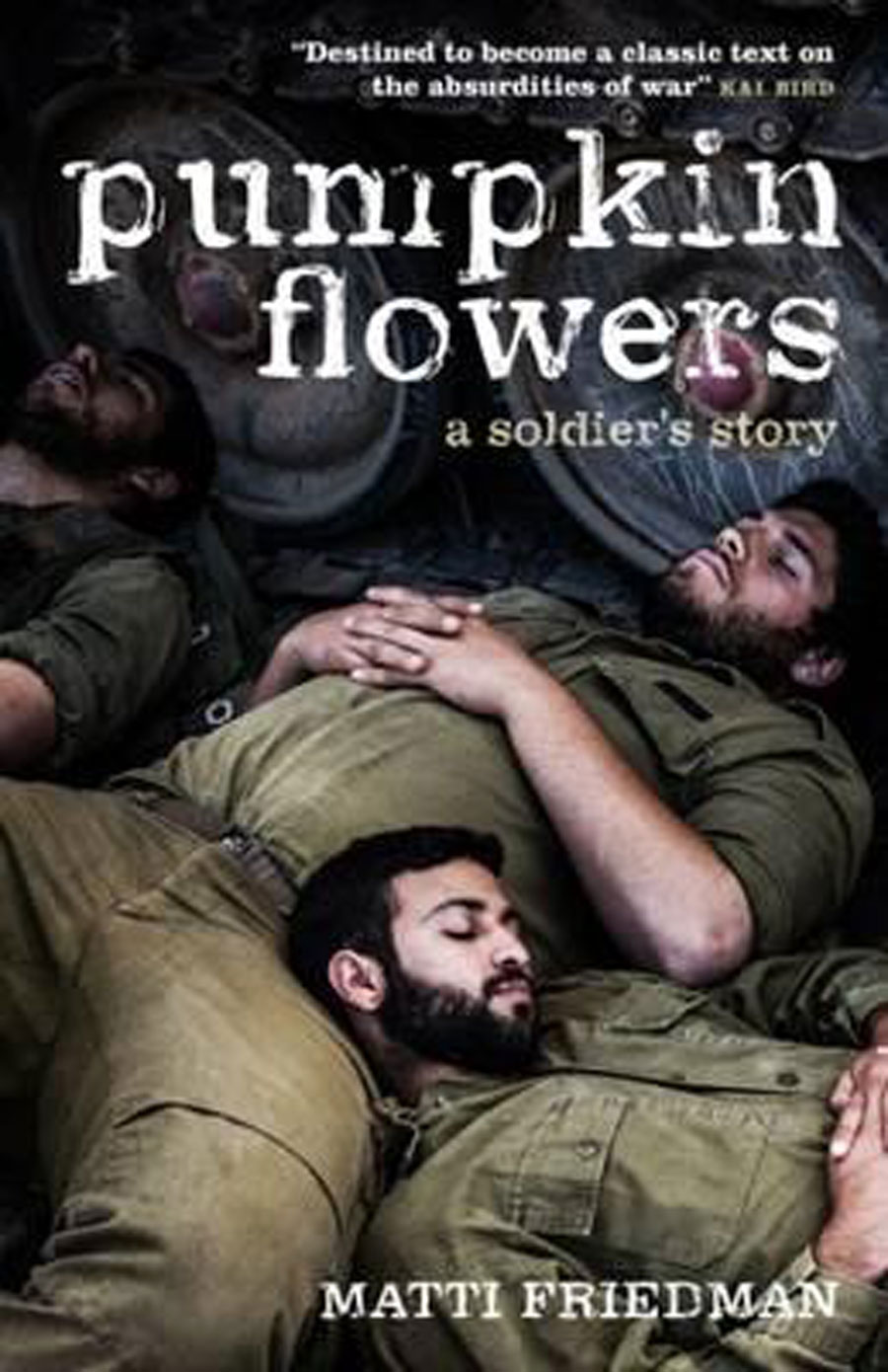 It was just one remote hilltop in an unnamed war in the late 1990s, but it would send out ripples that are still felt today, foreshadowing the chaos of 21stcentury conflicts in the Middle East. The hill, in Lebanon, was called the Pumpkin; ‘flowers’ was the military code word for casualties.Part memoir, part reportage and part haunting elegy for lost youth, award-winning writer Matti Friedman’s powerful account follows the band of young soldiers – the author among them – conscripted out of high school into holding this remote outpost, and explores how the task would change them forever. Pumpkinflowers is a lyrical yet devastating insight into the day-to-day realities of war, and a powerful coming-of-age narrative.

Amazon editor’s verdict: ‘An unforgettable nonfiction account of men changed by war, told in a voice that is both straight forward and undeniably literary.’

#7 Another Brooklyn by Jacqueline Woodson 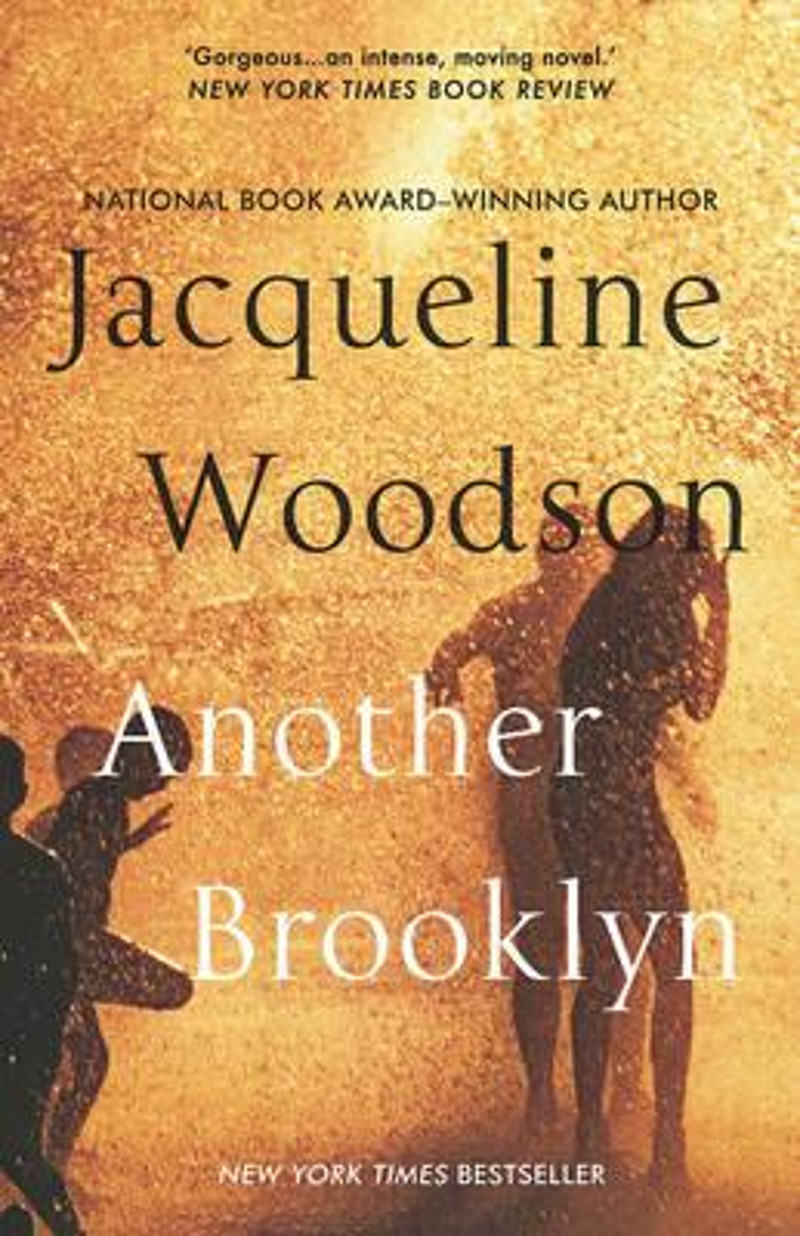 Running into a long-ago friend sets memory from the 1970s in motion for August, transporting her to a time and a place where friendship was everything – until it wasn’t. For August and her girls, sharing confidences as they ambled through neighbourhood streets, Brooklyn was a place where they believed that they were beautiful, talented, brilliant – a part of a future that belonged to them. But beneath the hopeful veneer, there was another Brooklyn, a dangerous place where grown men reached for innocent girls in dark hallways, where ghosts haunted the night, where mothers disappeared. A world where madness was just a sunset away and fathers found hope in religion.

Amazon editor’s verdict: ‘A poetic, breathtaking novel about growing up female and black in the 1970s — a time of conflicting pressures and sometimes crushing assumptions.’ 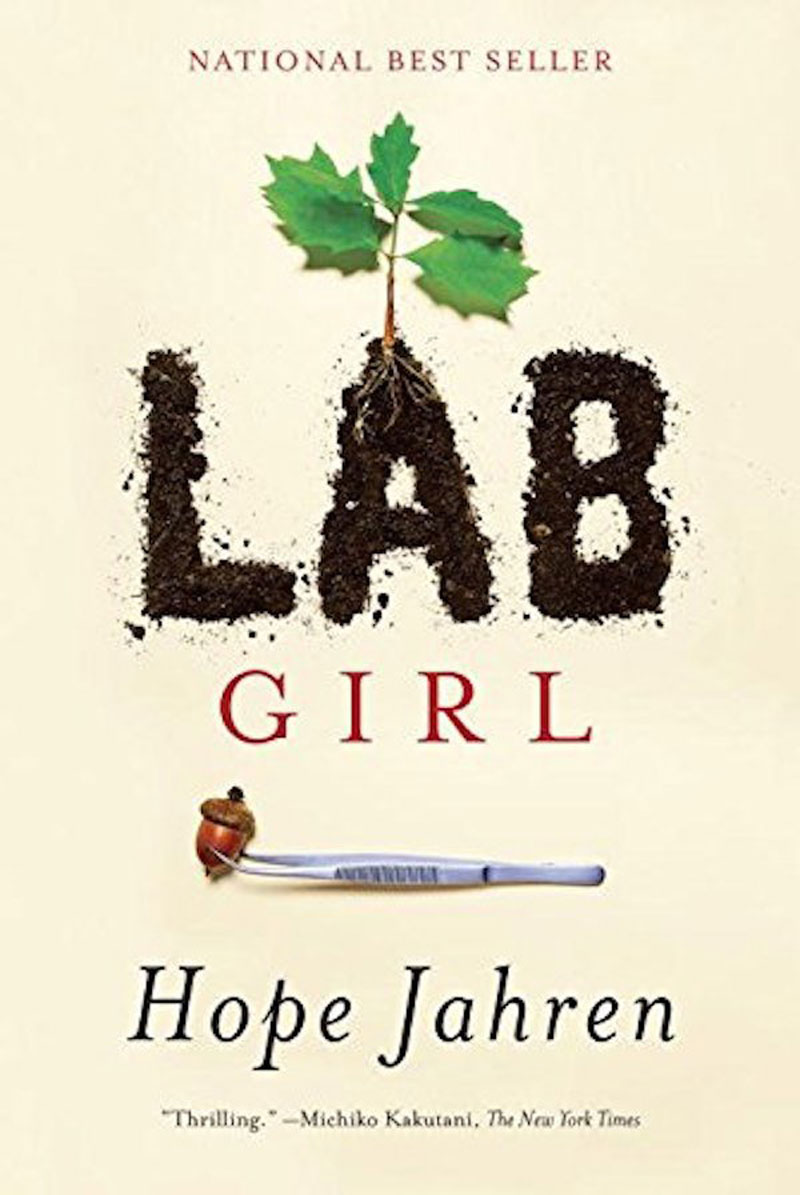 Lab Girl is a book about work and about love, and the mountains that can be moved when those two things come together. It is told through Jahren’s remarkable stories: about the discoveries she has made in her lab, as well as her struggle to get there; about her childhood playing in her father’s laboratory; about how lab work became a sanctuary for both her heart and her hands; about Bill, the brilliant, wounded man who became her loyal colleague and best friend; about their field trips – sometimes authorised, sometimes very much not – that took them from the Midwest across the USA, to Norway and to Ireland, from the pale skies of North Pole to tropical Hawaii; and about her constant striving to do and be her best.

Amazon editor’s verdict: ‘An inspiring and entertaining memoir about work, life, and love from a plant scientist who is just as adept at analysing the natural world as she is at illuminating human relationships.’ 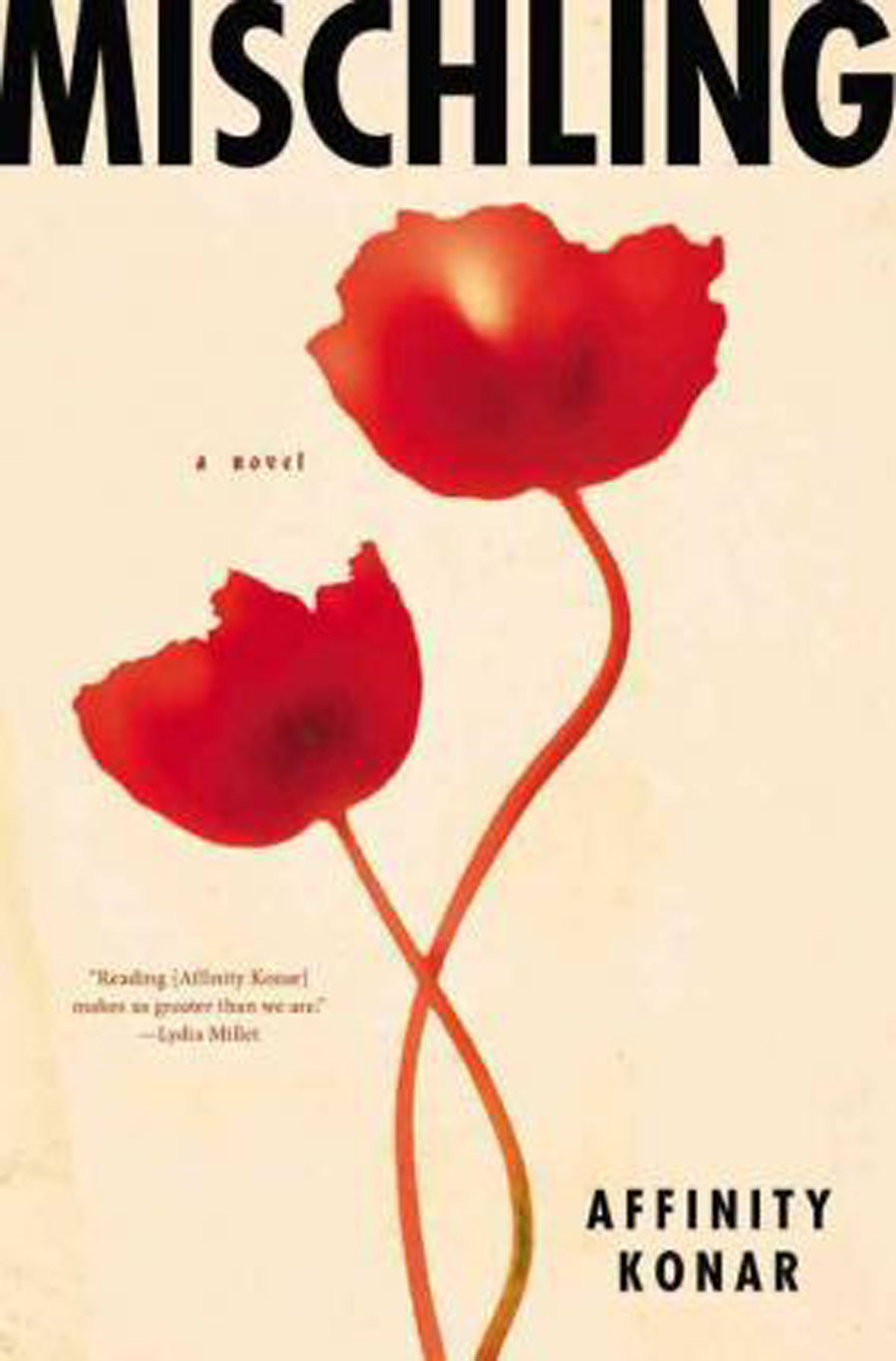 A brave and magnificent testament to a shaken world that tells the harrowing story of Pearl and Stasha, twin sisters who are forced into becoming objects of curiosity for Josef Mengele, Auschwitz’s Angel of Death. It’s 1944 when the twin sisters arrive at Auschwitz with their mother and grandfather. In their benighted new world, Pearl and Stasha Zagorski take refuge in their identical natures, comforting themselves with the private language and shared games of their childhood. As part of the experimental population of twins known as Mengele’s Zoo, the girls experience privileges and horrors unknown to others, and they find themselves changed, stripped of the personalities they once shared, their identities altered by the burdens of guilt and pain.

#4 The Nix by Nathan Hill 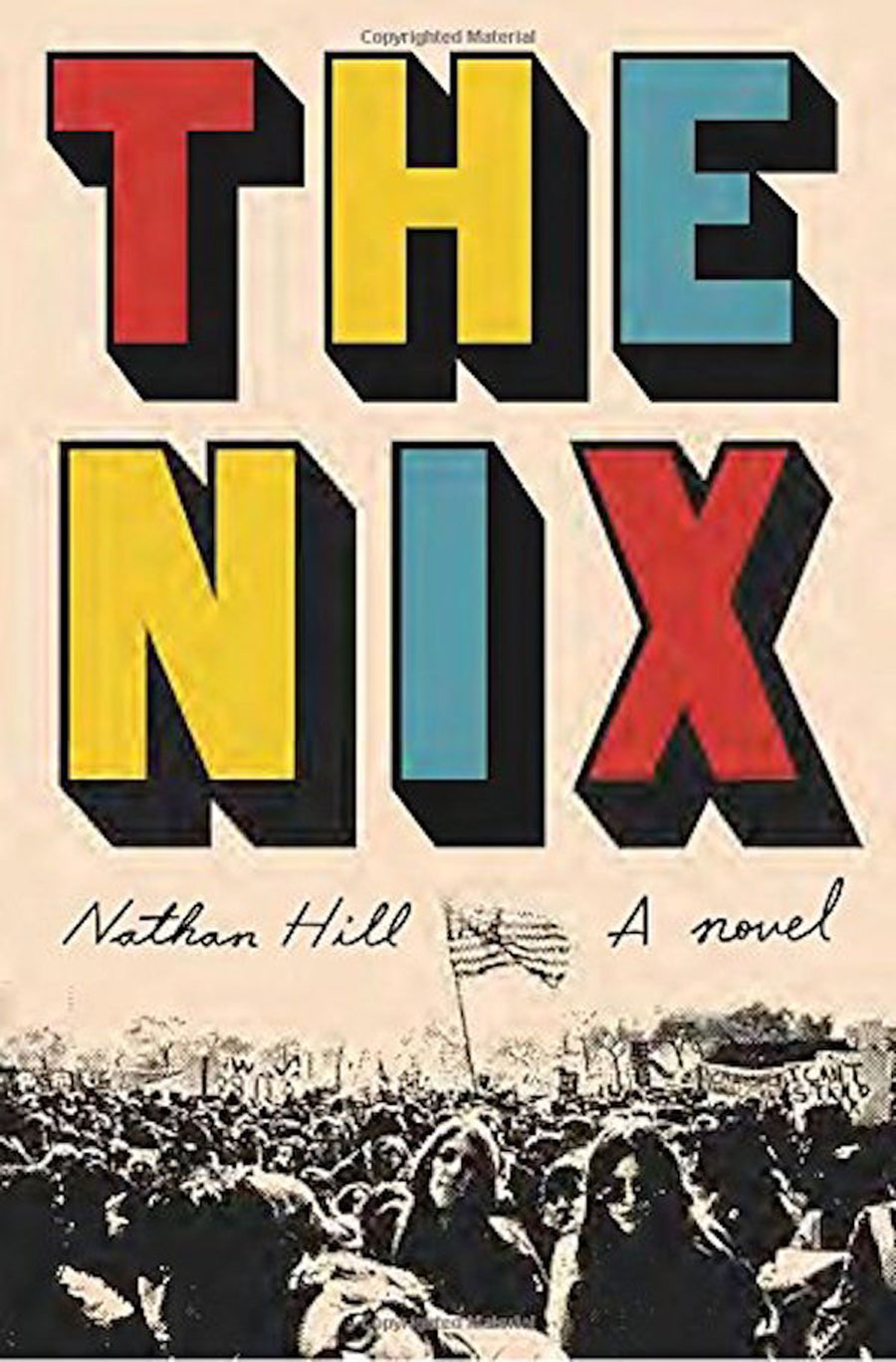 Meet Samuel: stalled writer, bored teacher at a local college, obsessive player of online video games. He hasn’t seen his mother, Faye, in decades, not since she abandoned her family when he was a boy. Now she has suddenly reappeared, having committed an absurd politically motivated crime that electrifies the nightly news, beguiles the Internet, and inflames a divided America. The media paints Faye as a radical hippie with a sordid past, but as far as Samuel knows, his mother was an ordinary girl who married her high-school sweetheart. Which version of his mother is true? Two facts are certain: she’s facing some serious charges, and she needs Samuel’s help.

Amazon editor’s verdict: ‘A big, smart novel about so many things: family, politics, revolution, and the things we choose to remember (and forget).’ 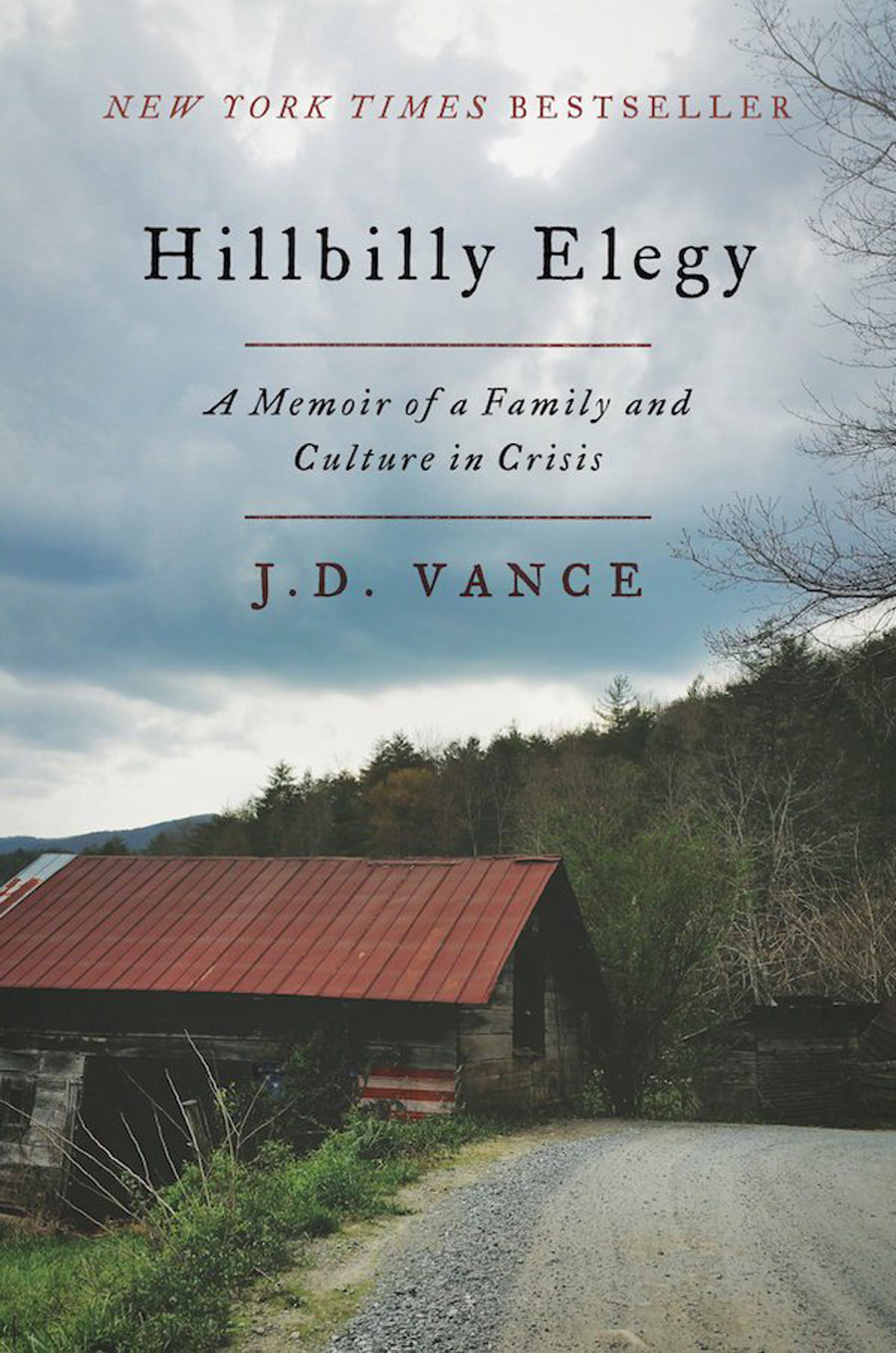 J. D. Vance tells the true story of what a social, regional, and class decline feels like when you were born with it hung around your neck. The Vance family story begins hopefully in post-war America. J. D.’s grandparents were “dirt poor and in love,” and moved north from Kentucky’s Appalachia region to Ohio in the hopes of escaping the dreadful poverty around them. They raised a middle-class family, and eventually their grandchild (the author) would graduate from Yale Law School, a conventional marker of their success in achieving generational upward mobility. But as the family saga of Hillbilly Elegy plays out, we learn that this is only the short, superficial version. Vance piercingly shows how he himself still carries around the demons of their chaotic family history.

Amazon editor’s verdict: ‘A very personal tour of a segment of our culture that’s losing its way in modern America.’

#2 The Wolf Road by Beth Lewis 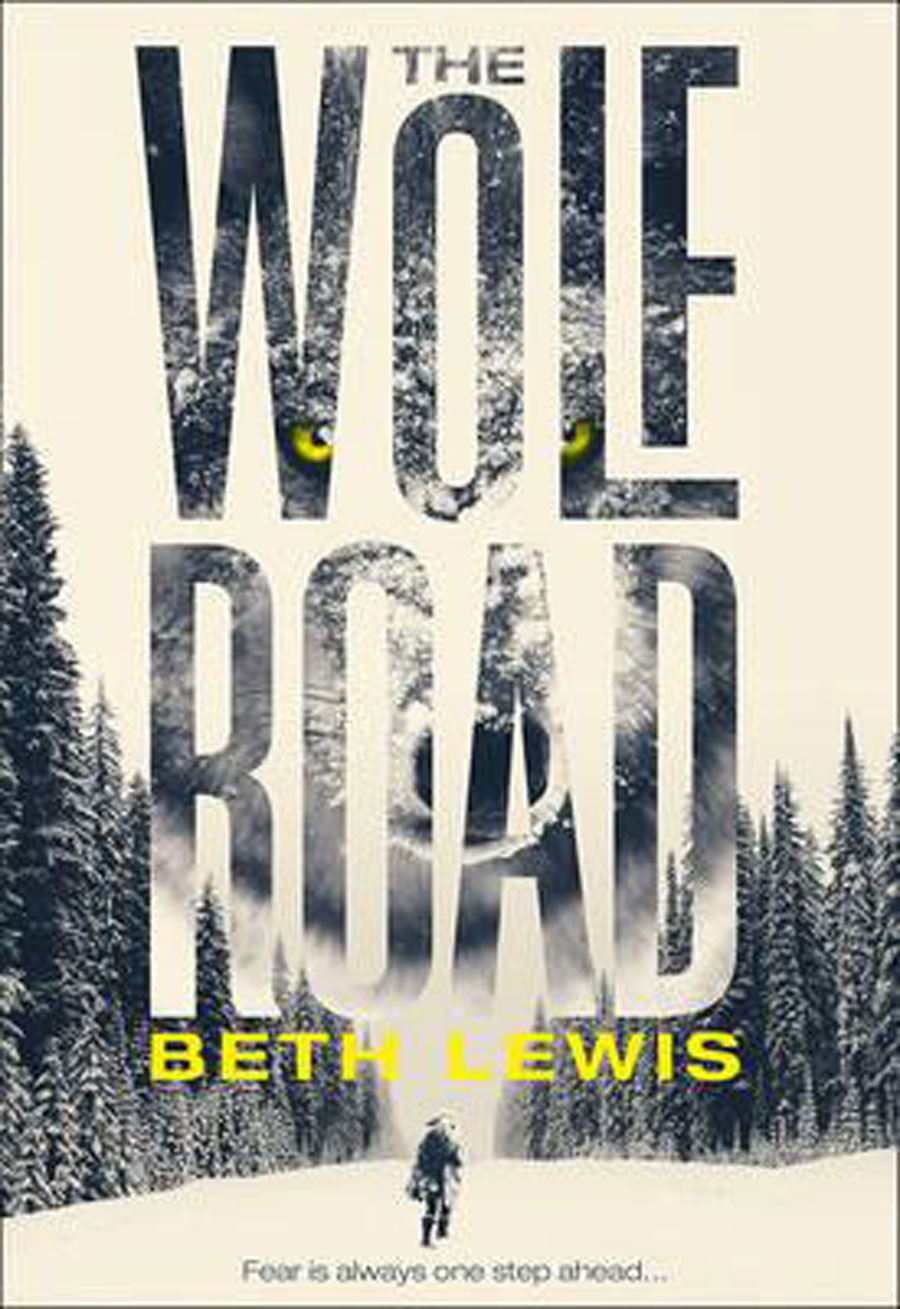 What do you do when the man who gave you everything turns out to be a killer? Since the Damn Stupid turned the clock back on civilization by centuries, the world has been a harsher place. But Elka has learned everything she needs to survive from the man she calls Trapper, the solitary hunter who took her in when she was just seven years old. So when Elka sees the Wanted poster in town, her simple existence is shattered. Her Trapper – Kreagar Hallet – is wanted for murder. Even worse, Magistrate Lyon is hot on his trail, and she wants to talk to Elka. Elka flees into the vast wilderness, determined to find her true parents. But Lyon is never far behind – and she’s not the only one following Elka’s every move.

Amazon editor’s verdict: ‘Part literary thriller, part western, this is a debut novel about a young tomboy trying to survive a post-apocalyptic wilderness as she searches for her parents.’

#1 The Underground Railroad by Colson Whitehead 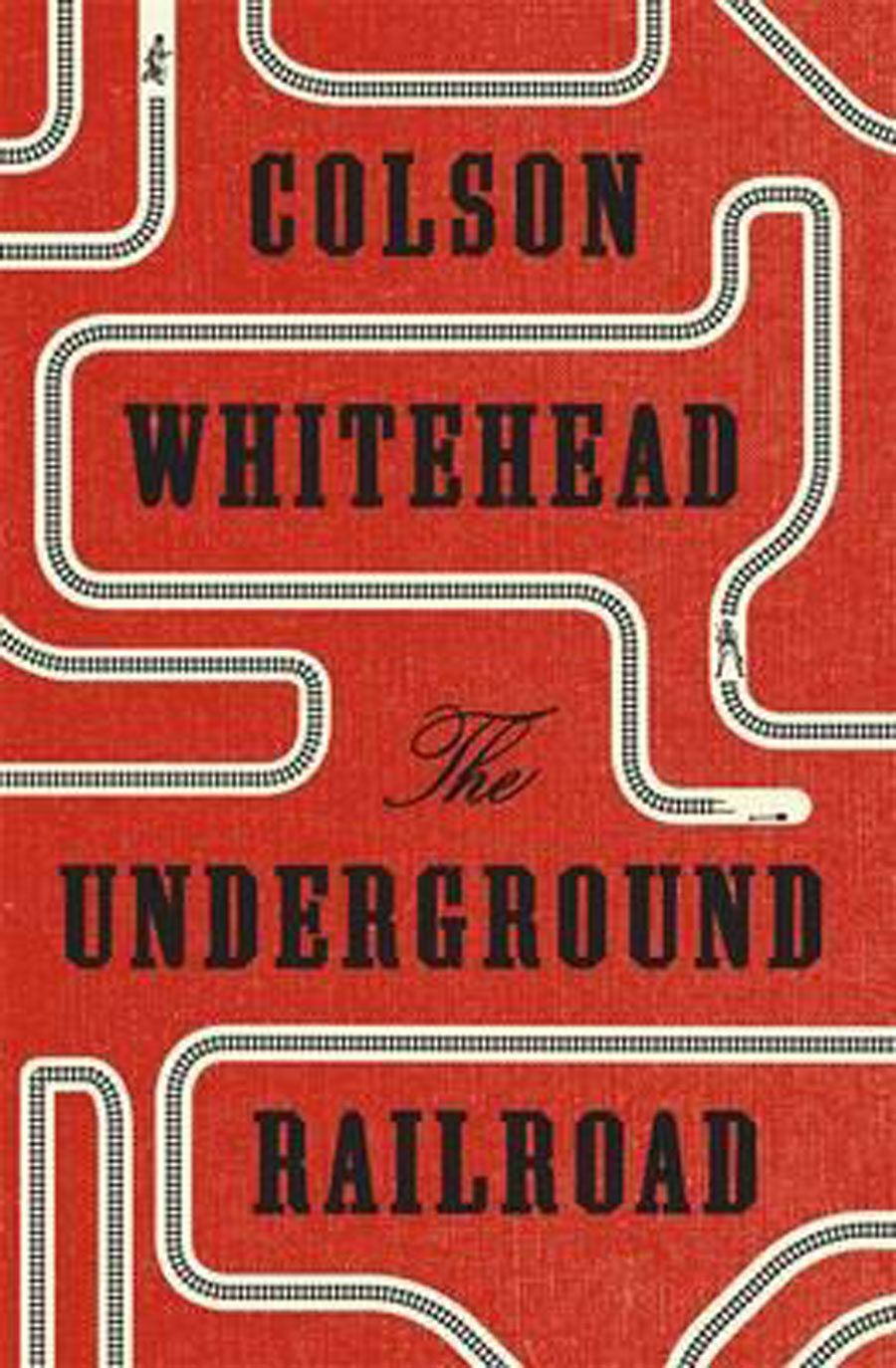 Cora is a slave on a cotton plantation in Georgia. All the slaves lead a hellish existence, but Cora has it worse than most; she is an outcast even among her fellow Africans and she is approaching womanhood, where it is clear even greater pain awaits. When Caesar, a slave recently arrived from Virginia, tells her about the Underground Railroad, they take the perilous decision to escape to the North. In Whitehead’s razor-sharp imagining of the antebellum South, the Underground Railroad has assumed a physical form: a dilapidated box car pulled along subterranean tracks by a steam locomotive, picking up fugitives wherever it can. Cora and Caesar’s first stop is South Carolina, in a city that initially seems like a haven. But its placid surface masks an infernal scheme designed for its unknowing black inhabitants.

Amazon editor’s verdict: ‘A brilliant, wise, fantastical yet grounded portrayal of a young slave seeking her freedom on a real underground railroad.’

What books published in 2016 did Amazon fail to mention? Nominate your favourite books of the year in the comments section below!