Sometimes An ‘Investment Piece’ Is Just A Waste Of Money 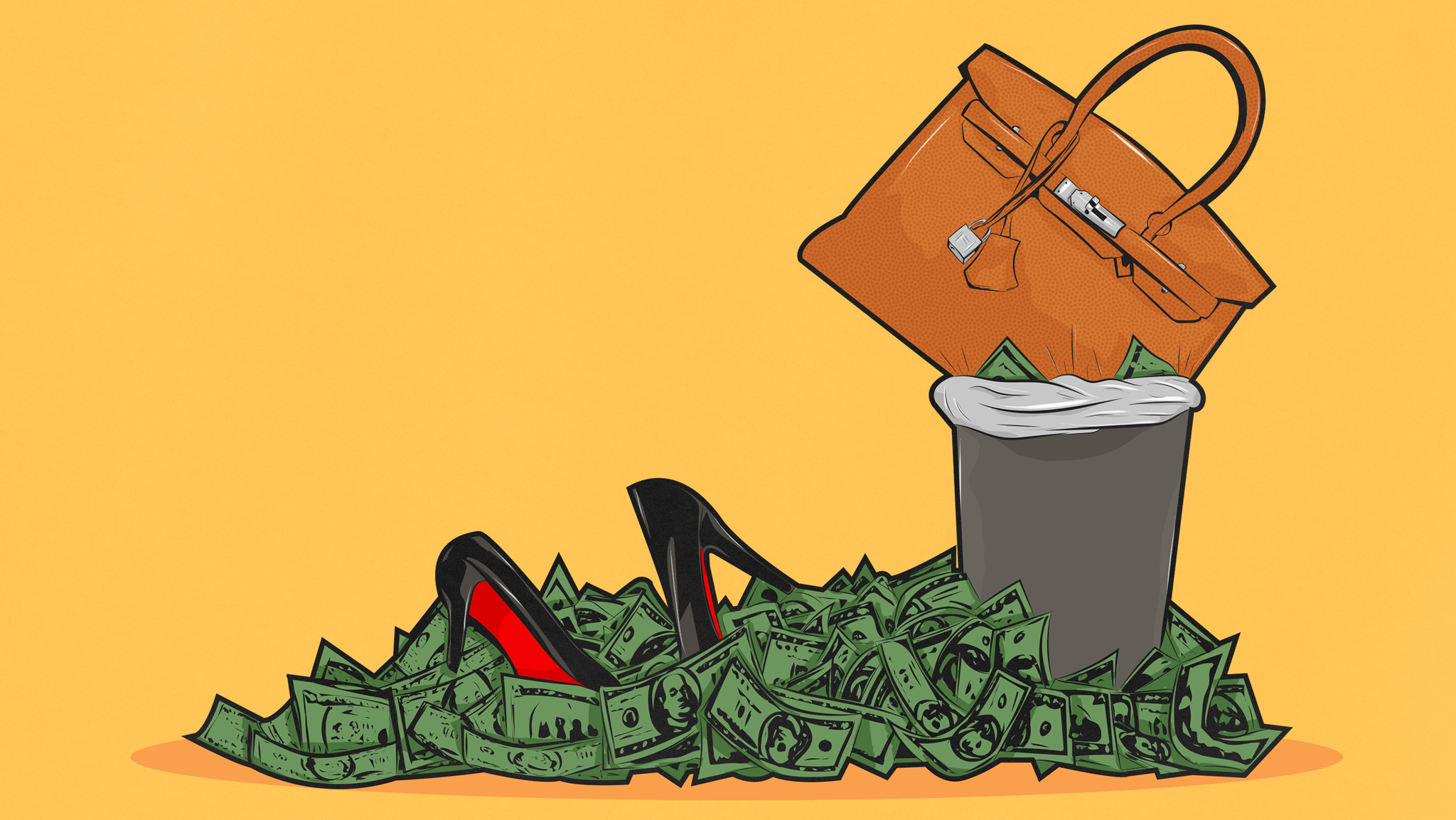 Often it makes sense to spend money on quality. If you have a cheap pair of boots but they only last a year, you might pay more over time than you would with a more expensive pair that lasts for years. It’s an excellent theory. It doesn’t always work out this way in practice, though.

I recently dedicated one weekend to decluttering. I tossed out quite a few items that were “investment pieces,”or items that were kind of expensive, but were meant to save money over time. Turns out, despite my best intentions, they were just a waste of money.

When the Upkeep Isn’t Worth It

I’m not a huge soda fan, but I love sparkling water. So when I found an awesome deal on the usually pricey Sodastream, I thought, “Hey, I could save money over time by sparkling my own water at home!”

For a while, I did. I took regular old tap water and turned it into delicious bubble water, which was cheaper than buying it at the store. A couple of months later, the CO2 canister ran out and my convenient gadget turned into a chore. I had to make a special trip to Best Buy and buy a new one or figure out how to make my own system, neither of which I felt like doing. It was easier to just pick up some water during my regular grocery trip or just skip the bubbles altogether and (gasp) drink regular water.

If you own a Sodastream, you might be thinking, “Wow, she’s lazy. I have one and it’s really not a huge chore.” And you’re right, it’s not. But I have a hard enough time keeping up with regular errands like grocery shopping, so the savings aren’t worth the upkeep for me. The point is, I could’ve avoided this by considering how the ongoing upkeep would realistically fit in with my own schedule, habits, and budget.

Years ago, my husband and I fell for the juicing craze. We watched a documentary, and like a couple of tools, went out and bought a juicer. It was a good documentary. Drinking juice is good. We didn’t, however, need to spend over a hundred dollars to start drinking more of it. It was a false first step toward healthier habits.

We convinced ourselves that buying a nice, quality juicer was an investment in our health and it would probably save us money over time because we’d buy less processed snacks and eat more fruits and vegetables. Nevermind the fact that we already had a blender — it wasn’t a juicer. We needed juice! Sure, we could blend and then strain out the juice but ugh, that was too much work. A juicer would save us time, money, and make us super healthy. It was an investment.

We used it for a while. Of course, over time, we got tired of it. It was time-consuming to clean and maintain. (At one point, I said, “I’d rather buy juice than ever clean this thing again.”) More than the cleaning, though, we couldn’t keep up with the lifestyle. We just weren’t that into the whole juicing thing. We used that documentary as a justification to spend money on crap we didn’t need.

To avoid this, we could have tested out the new habit before making an investment. We could’ve at least tried blending and straining, for example. Sure, it wouldn’t been less convenient, but it would have revealed whether we had the dedication to continue this habit or not. Even that was too much for us, though, which should have been a red flag that we were about to waste our money.

I tossed out some expensive, plain t-shirts, too. I bought them because I figured they’d last longer than the cheap tees I normally buy. They didn’t. After a couple of years, they developed the same armpit stains and moth holes my cheapies did in the same amount of time.

Of course, there are other valid reasons to pay more for quality. Maybe you want to buy from a fair trade company. Maybe expensive items fit you better. One of the biggest arguments for splurging on quality, though, is that quality lasts longer. The thing is, sometimes cheap items last just as long, or longer! My oldest purse is one I found on sale at Target ten years ago. I only recently tossed out a pair of cheap, off-brand boots I’ve had for just as long. The desk chair I use every day was $40 online, and I’ve had it for years, too. The point is, cheap doesn’t always mean you’ll have to replace it in a year.

In general, what I’ve learned from seeing all this junk in a pile is that splurging on quality is not inherently a smart decision. You have to consider other factors, too, like your own habits, the ongoing maintenance, how it compares to other items, and, of course, your own intentions. When you want to spend impulsively, quality is rarely a factor as much as it is a justification.

Like any other spending decision, you want to give it some thought and make sure it’s not just a quality item, but also a quality purchase.