Photographing Cubes And Squares Isn’t As Easy As It Sounds 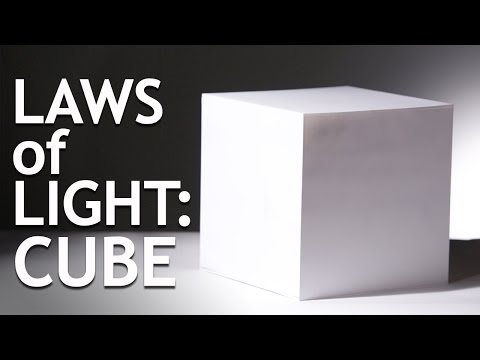 I can’t say if photographer Jay P. Morgan is going to work his way through all the platonic solids, but his new tutorial video on the “laws of light”, which focuses on the cube, is as good a place as any to start. Morgan’s previous clip on spheres proved informative and this one is no different.

While lighting is the critical constant in both videos, how they’re positioned and used varies greatly between shapes. For instance, it doesn’t matter how you position a sphere — a cube however really only has three sides when photographed: the highlight, shadow and “third dimension”.

Unfortunately, it’s easy to use your lighting incorrectly and have your cube look “flat” despite each side having definition:

I only have a two-dimensional experience going on here — I don’t see all three dimensions. If it’s lit correctly, each of these will have a different dimension.

You’ll also need to decide on which side should be “broader”. This depends completely on the subject of the photo:

If you put this cube directly at the camera, and make [the sides] have the same size in the image, it’s not as interesting as if you choose … either a broader highlight side or a broader shadow side.

The video goes on to provide a more practical example — a cereal box (or a box shaped like one, at least). With its unequal dimensions, illumination and positioning become even more important as its easier to “wash out” one dimension if your lighting is too bright or harsh.