The recently introduced MacBook Pros are the first major update to Apple’s high-end laptop line in a long time, and the pent-up anticipation had enthusiasts and the Apple faithful imagining the impossible.

The new MacBooks should embrace the future with as many USB C and Thunderbolt 3 ports as Apple can fit, they hoped. But of course, it should also contain legacy USB and an SD Card reader if the laptop is to be considered “pro”. The unit should have the latest desktop level graphics cards and so real pros can do real work, with a 32GB RAM minimum, and all in a thin, portable design. It was the laptop equivalent of that car Homer Simpson designed.

Instead, we received what we should’ve expected. A thin and sturdy design that will be powerful enough for most people, with excellent battery life and a Retina screen. Yep, all your favourite ports are gone, and as punishment for writing that was a good thing last week, I’ve had reason to miss them all this week. Transition periods are never fun, but I’ve already found the one incredibly cheap dock that can live in my bag and get me through most situations.

The Touch Bar is basically an Apple Watch — the same tiny processor and OLED display — flattened out and stretched across the top of the keyboard. And just like the Apple Watch at introduction, it’s hard to tell exactly where it will fit into your life, how well it will be embraced by third party app-makers, and even what tasks are specifically suited to this new input method.

I edited the accompanying video review in Final Cut Pro, one of Apple’s shining examples of the Touch Bar, and was expecting it would be the software that won me over. It was a mixed bag. The tiny representation of the project timeline was cute, but not really practical. More useful were the commands normally hidden a few keys deep. Instead of hitting control-shift-command-something, just tap this little button instead.

I can’t wait to see what Photoshop, an application I’ve never bothered to learn the keyboard shortcuts for, will do with the Touch bar.

Keynote’s use of the Touch Bar immediately grabbed me. The tiny little thumbnail previews of your next slide feel completely intuitive, and my muscle memory adapted to include the Touch Bar. Similarly I found myself using the Touch Bar without thinking in Calendar, Photos, and for system wide brightness and volume controls.

The speed with which I adopted the Touch Bar into my daily workflow suggests this little control strip is more than a gimmick, and certainly far more useful than the row of keys I never used that it replaces. Then again, the true test will be if we’re still using the Touch Bar a year from now.

But the killer feature was simply using Touch ID to log in to the Mac, and authenticate when asked for a Admin password. Like Touch ID on the iPhone before it, it’s hard to imagine using a computer without a fingerprint reader once you’re used to it. Quite a few Windows laptops support fingerprint or facial recognition unlocking as well, through Windows Hello — but it’s great to finally have this on a Mac. 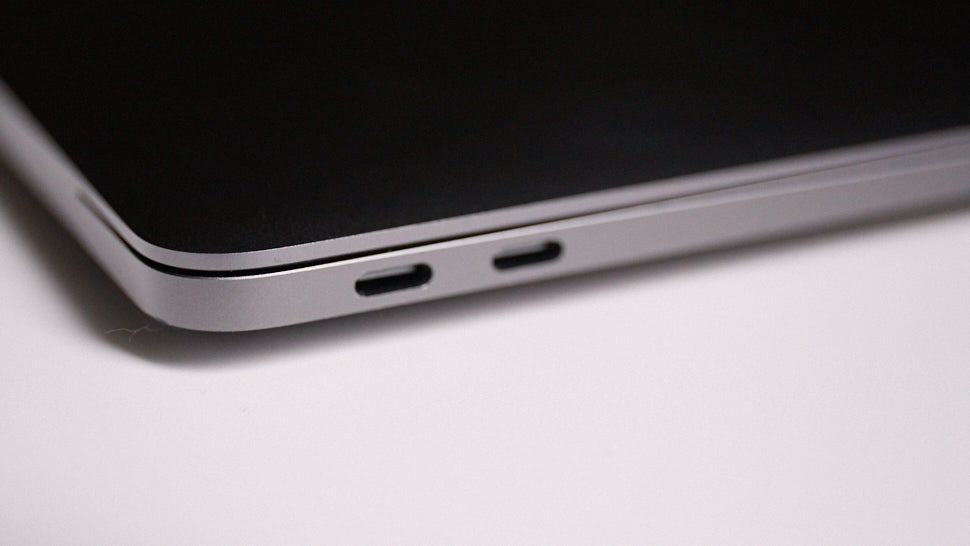 That is, of course, a matter of perspective and depends on your job. In mine, some days I’m bouncing between Photoshop, After Effects and Final Cut Pro. The next day I’m presenting with Keynote, the day after that I’m building test machines in VMware. I think it’s fair to label those various tasks “pro”, and I can accomplish them all on a four-year-old MacBook Air — it’s already plenty pro enough for me.

The 2016 MacBook Pro is, of course, a major step up for me. It’s more powerful, it has a much better display, the same excellent battery life, and all in a case smaller than my current Air. It’s incredible how small the 13-inch MacBook Pro is.

But the MacBook Pro should always beat an Air, how does this compare to last years Pro, and the best laptops on the market? According to benchmarking from Ars Technica, these new MacBook Pros are only modest improvements over last year’s model, but hold their own against competitors like the Surface Book. These MacBooks can hold their own in CPU intensive tasks, and the write speeds of the SSD are the best you’ll find. If you want to deep dive into the technical stuff, that Ars Technica review is one of the best you’ll find.

I’ve read many people lamenting the 16GB RAM limit on “supposedly pro machines”. But comparable high end ultrabooks — the Dell XPS 13, the Razer Blade Stealth, the Surface Book — are equally limited (and just as expensive). Apple can only work within the limits of reality, and current limits on Intel’s mobile architecture are 16GB. 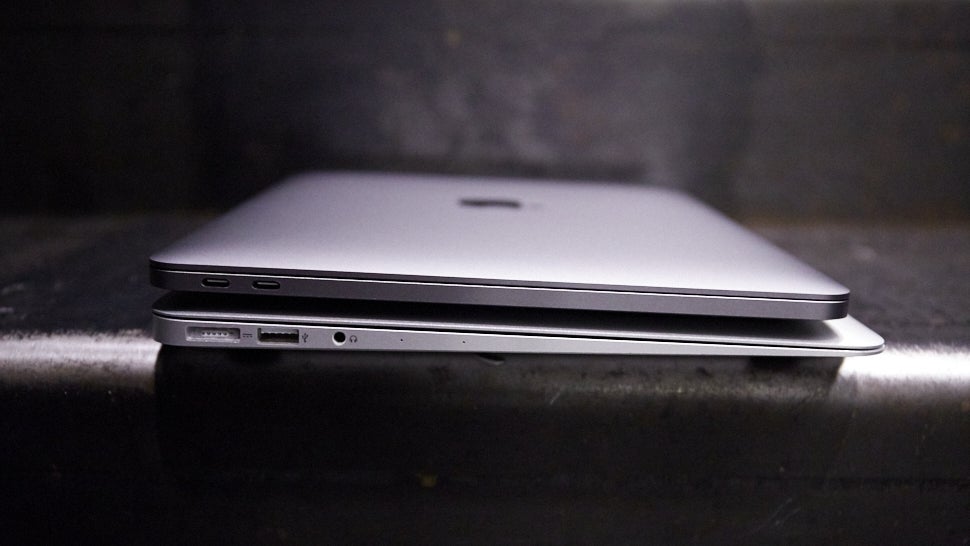 The keyboard is a definite improvement over the first generation butterfly mechanism, first seen in 2015’s Macbook. I hated that keyboard and found it uncomfortable for any serious typing, whereas this keyboard is something I can feel myself getting used to. It’s not as comfortable as the keyboard on my Air, but I can understand the trade-offs this time round. It is surprisingly loud for a keyboard with so little travel.

Apple trackpads have always been the best in the industry, both in feel of the hardware, and the tight integration into the operating system. This time around the trackpads are huge, to make multi-swipe gestures a little easier. Built-in audio is improved — these laptops are seriously loud — and that Retina screen is stunning, matching the brightness and colour improvements we saw in this year’s iPad Pro.

The one thing I’ll miss is the MagSafe, the genius little power connector that breaks away from your Mac when someone trips over your cable.

I understand the disappointment some feel over the lack of ports, or perceived lack of power, on the new MacBook Pros. But I’m more than happy with Apple’s balance of portability and power here. There’s a reason Apple’s MacBook line has become the reference model for the rest of the PC ultrabook and laptop industry.