I’m Hallie Jackson, NBC News Correspondent, And This Is How I Work

There’s nothing easy about live television news. It’s a blend of quick-thought improvisation and journalistic research done in concert with complex technical systems, all done in an effort to relay the news. And it doesn’t get any easier during an election year. Hallie Jackson is a reporter with NBC News, appearing daily on MSNBC, Today and the Nightly News with Lester Holt. She’s been a stalwart contributor from the campaign trail, working from the road often for weeks at a time while living out of a suitcase – whatever it takes to deliver the story. We caught up with Jackson during some downtime to learn about how she works.

First of all, tell me a little about your background and how you got to where you are today. Why broadcast news?

I got the broadcast bug during university at Johns Hopkins where I majored in political science. I thought I wanted to get into print journalism, but I loved the urgency of video and marrying words with images. After local news jobs in Del., Conn. and DC, NBC News moved me to Los Angeles in 2014. I spent a year covering everything but politics until last summer in the US, when I hit the campaign trail – and I haven’t stopped since.

Snapchat and Twitter are my go-to apps. Snap Q&As are my favourite way to kill time while waiting in traffic leaving political rallies. I love Spotify, and it’s perfect for making road trip playlists (navigating with Google Maps, of course). We also use a program called Latakoo Flight to send video and sound back to our editors from the road. With that, plus my travel mic kit, I’m a one-woman mobile bureau. 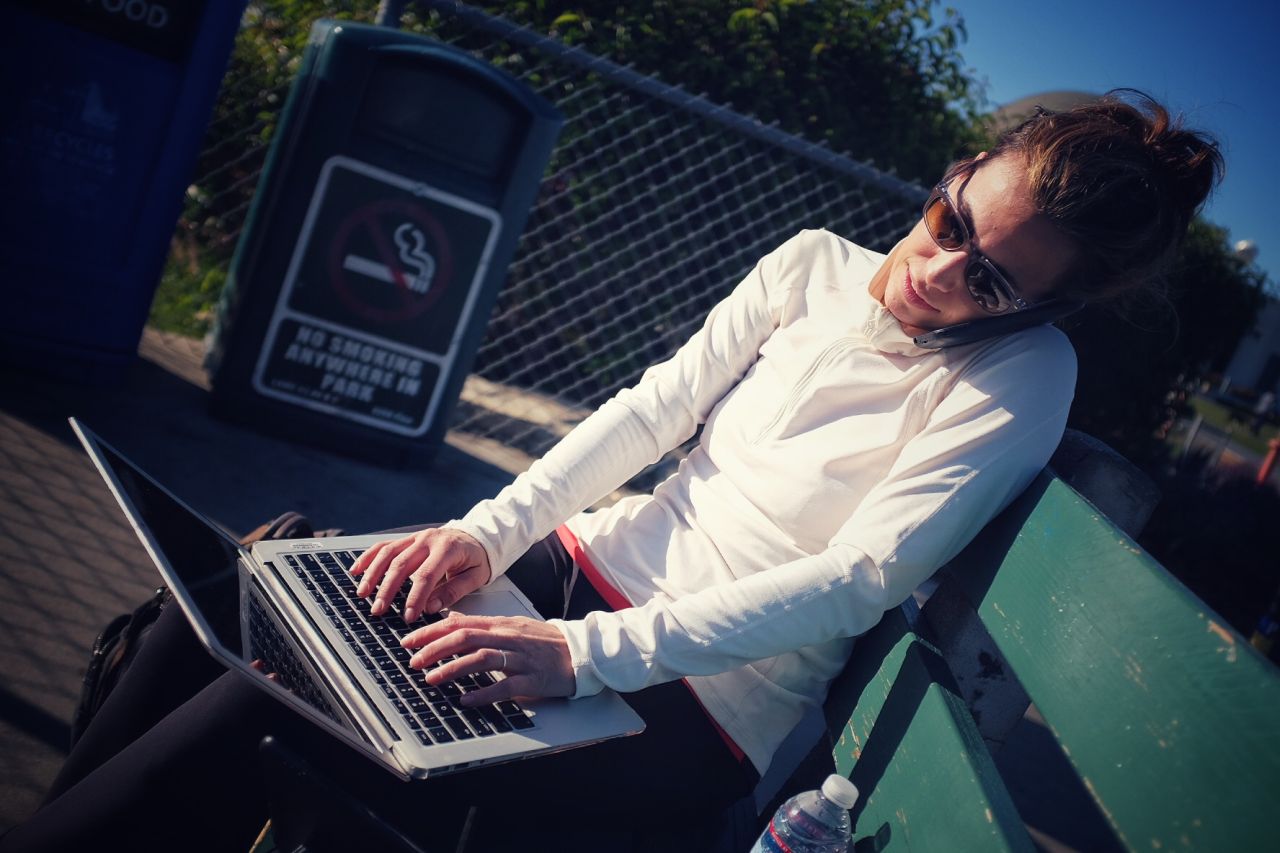 It depends on the day: Sometimes it’s the passenger seat of a car or an airport restaurant. It could be a press riser at a Trump rally or sitting on a footpath. It’s why self-sufficiency is essential: Juice packs, extra phone chargers, my own power strip and plenty of snacks at all times. (It’s not light: My 18kg backpack, protesting under the strain of it all for months, finally fell apart a few weeks before the election.)

Mobile apps for every airline plus TSA pre-check to make the airport-arrival process as streamlined as possible.

My travel steamer. It’s essential for life on the road. I’ve used it everywhere from the bathroom of an Oregon fast-food spot to the floor of a presidential debate hall.

Obviously you have to work from the road a lot. How do you manage that? Bring everything and the kitchen sink or stick to the essentials?

Less is more. We often have to haul all our belongings from a plane to a hotel to a rally to a charter, so the fewer bags the better. For most of the campaign, I had it down to a single backpack and carry-on. (Half of my suitcase consisted of scarves – a solid way to change up a look.)

I’m secretly great at picking hotels and restaurants on the road. Oyster.com for the win. 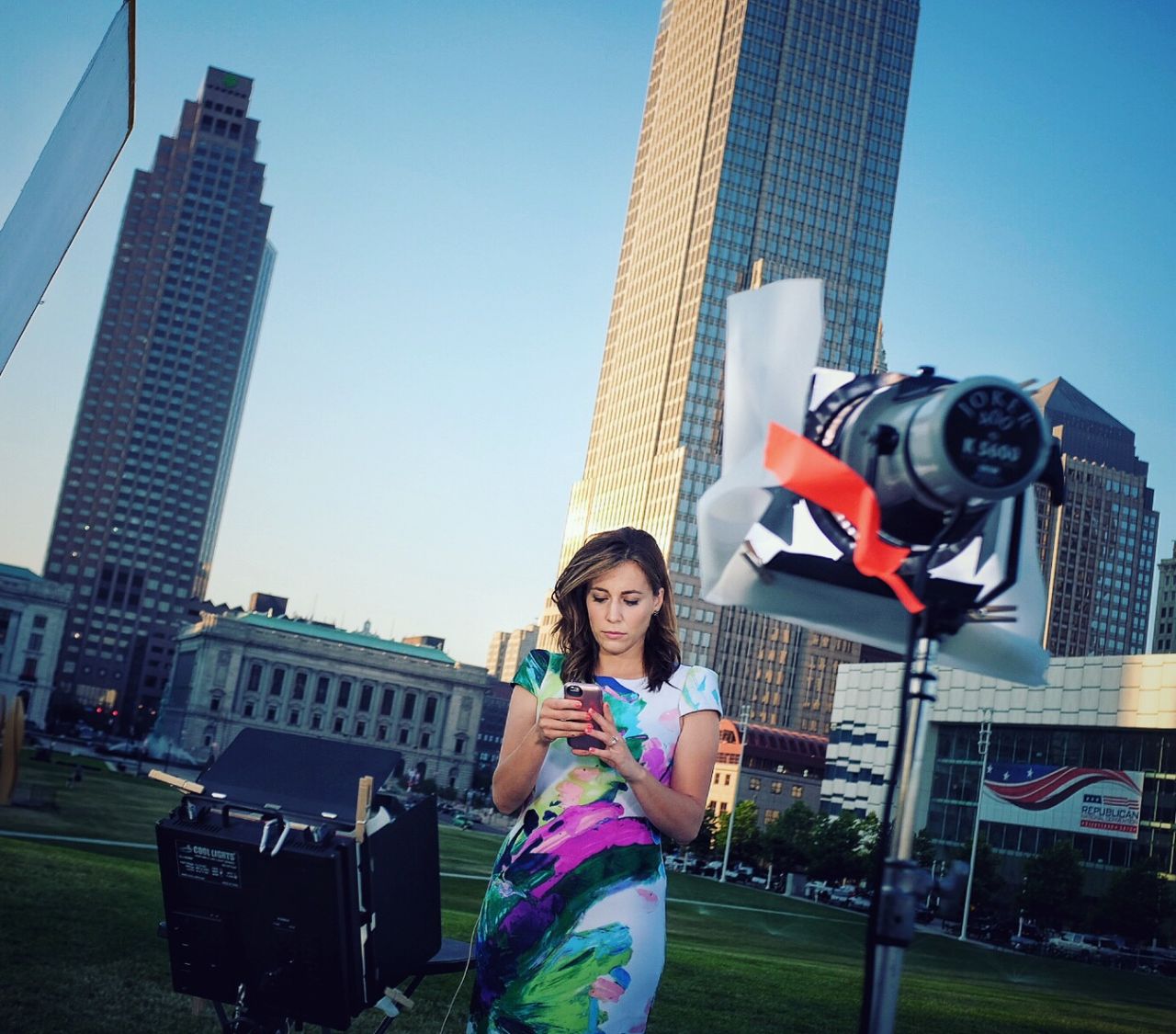 We also created a playlist for my 1P MSNBC show from some of our favourite road trip music:

Reading novels for pleasure has fallen by the wayside this campaign, but I did get a chance to finish Ann Patchett’s latest, Commonwealth, recently. I’m constantly adding to my ‘Read in 2017!’ list.

How do you recharge? Working in the news can be quite a grind, of course. What do you do when you want to forget about work?

At the moment? Sleep. Blessed sleep. Add a cup of coffee in the morning and some free time to go for a hike or read, and I’m golden.

The routine is there is no routine. Some days it’s a 90-minute nap before heading out the door. Other times we’re switching off driving duties so we can sleep in the passenger seat. Alarm clocks are key. I set four: My iPhone, my iPad, an alarm clock website on my laptop and a hotel wake-up call. (I’m still going to hit the snooze button three times.)

The presidential nominees. And Producer Frank! 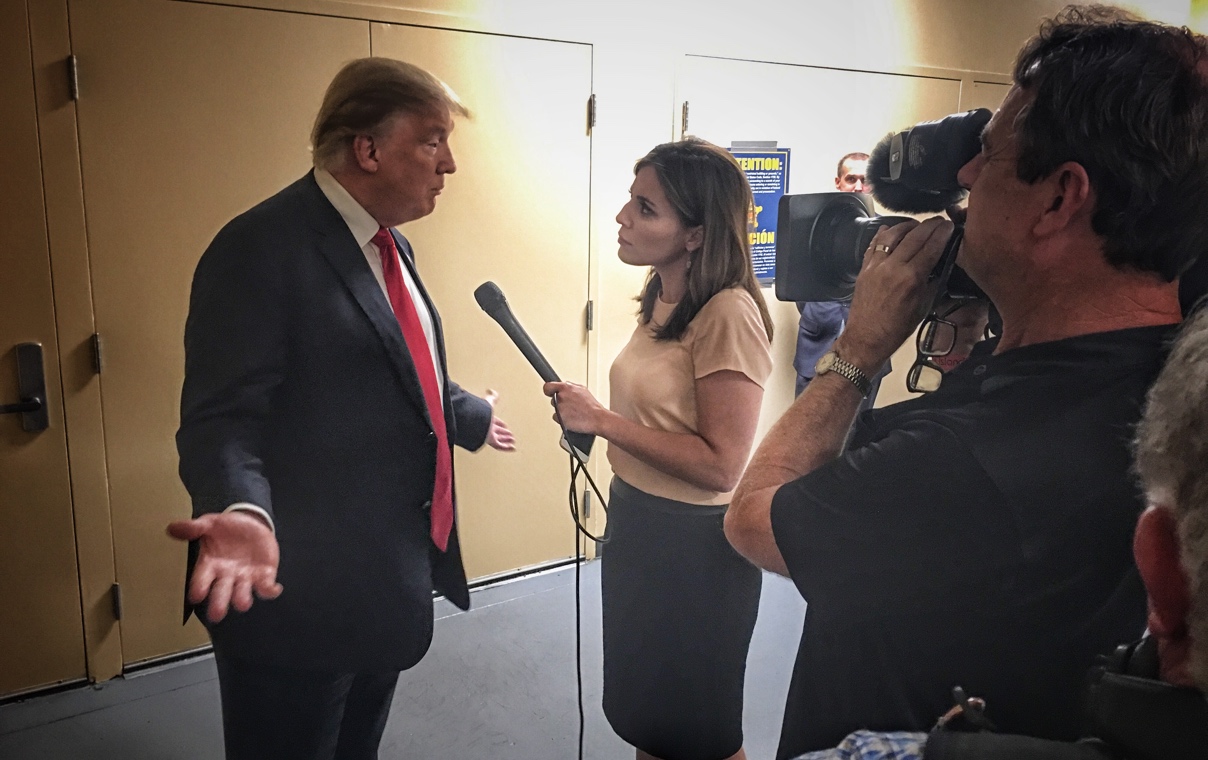 One of my dad’s favourite phrases: “Don’t get too high on the highs or too low on the lows.” It’s a good reminder to keep some perspective during what can be an intense campaign.