How The Electoral College Works, And Why America Has One 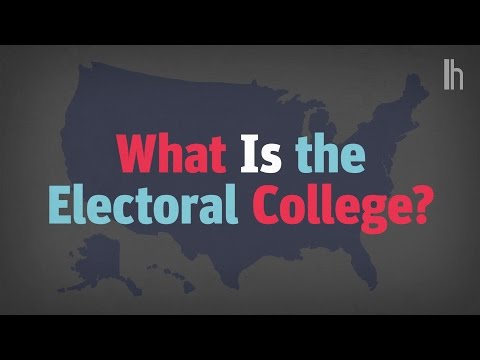 The Electoral College is an integral, if not unusual, part of American democracy. Few other nations have one, and even when they do the system isn’t quite the same. How does the Electoral College work and why do they even have one? Our latest video explains.

Simply put, the Electoral College was a mechanism designed by America’s founding fathers to create a layer of bureaucracy between the people and the Presidency. Each state gets a number of “electors” in the College equal to their number of senators and representatives combined, and along with the three that the District of Columbia gets, that totals 538. In order to secure the Presidency, a candidate must earn 270 electoral votes.

When Americans vote for the President, they’re not really voting directly for the candidate. They’re really voting for an Elector who represents their state, to stand up and vote for the candidate they support. The video above explains in more detail, but this kind of representative democracy was designed to both streamline the election process, and to avoid the risks the founding fathers saw of a direct, popular vote election. While the Electoral College is outlined in the Constitution, there’s no federal law however that says an Elector must vote along with the wishes of their district, or the popular vote from their state, and some have, over the course of history, broken ranks — though previously never to the point where it’s decided an election. However, it looks like while Trump won in the Electoral College, and thus the Presidency, Clinton won the popular vote — that is, more Americans voted for Clinton than Trump.

For more on the process, hit play on the video above.