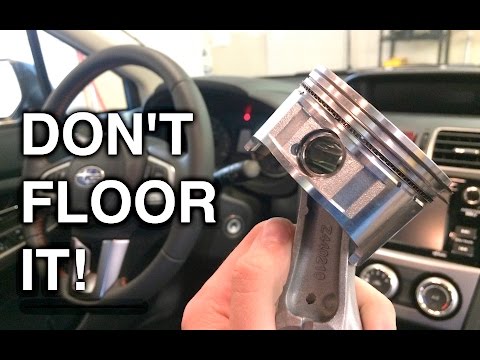 New cars need to be broken in. If you’re not careful during the break-in period you can reduce the performance and longevity of your car’s engine, or even damage it. Here are five things you should avoid if you just bought a brand new car.

In this video from the Engineering Explained YouTube channel, mechanical engineer Jason Fenske explains the activities that cause the most strain on your vehicle during the break-in period. Here’s what you should avoid:

The length of the break-in period varies for every vehicle. Some can be as short as a few hundred kilometres, some can be as long as several thousand, and some cars may even ship already broken in. Check your vehicle’s manual to find out.