The Kenu Stance Is A Tiny, Portable Tripod For Your Phone (With A Bottle Opener)

If you love taking pictures with your phone, or want to take time lapse videos with it, you could probably use a tripod, and the Kenu Stance gets the job done. It’s small enough to fold up and put on a keychain, has a bottle opener on one side and is surprisingly stable while being adjustable. When we say the Stance is tiny, we mean it — it’s only 7.9cm long. The three legs fold out to make the tripod, and the adjustable ball has a connector that will fit into your phone’s Lightning port (on the iPhone version) or USB C port (on the universal version) to keep your phone up. Once your phone is on the Stance, you can move it around, and the adjustment point is tight enough that you can keep it in one place. 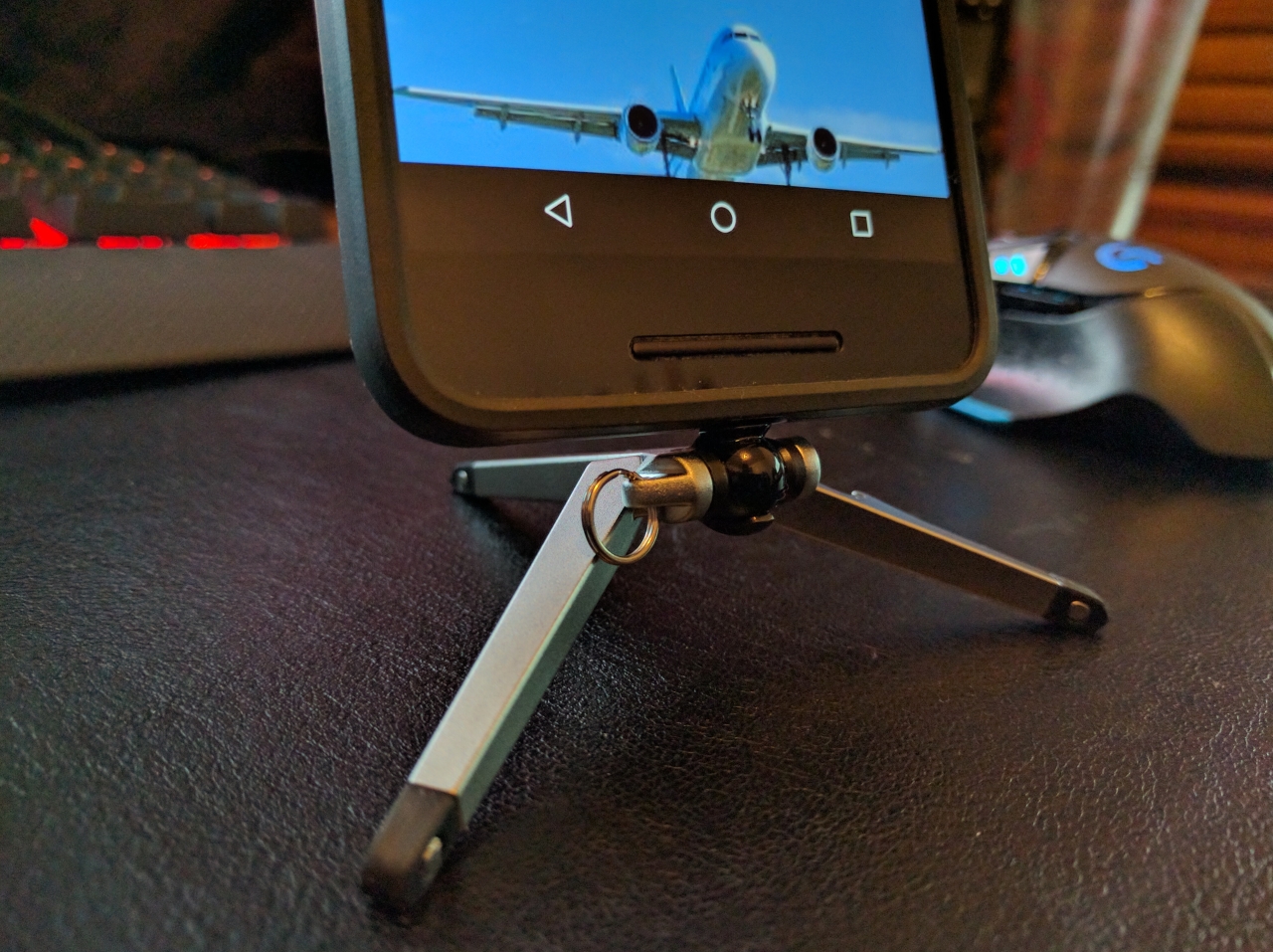 Don’t expect miracles (it won’t go too far over in one direction or the weight will tip the whole thing over), but it can capture some great angled shots, or just keep your phone upright and stable while you do a quick video, take some photos or even take a longer video to time lapse or upload later. It’s also not a tall tripod, so don’t expect height here either — think about what you’d get if you stood your phone up on edge and it managed to stay that way, and you’ll have the right idea. Of course, you can put the Stance anywhere your phone can fit too, which is nice considering it’s so compact.

The Stance has a tiny keychain ring attached to is so you actually can put it on a keychain and have it any time you need it, and one of the legs is moulded with a built-in bottle opener, so if you do take it everywhere, you can also crack a cold brew with it. If you’re interested, it’s $US25 ($33), available direct.