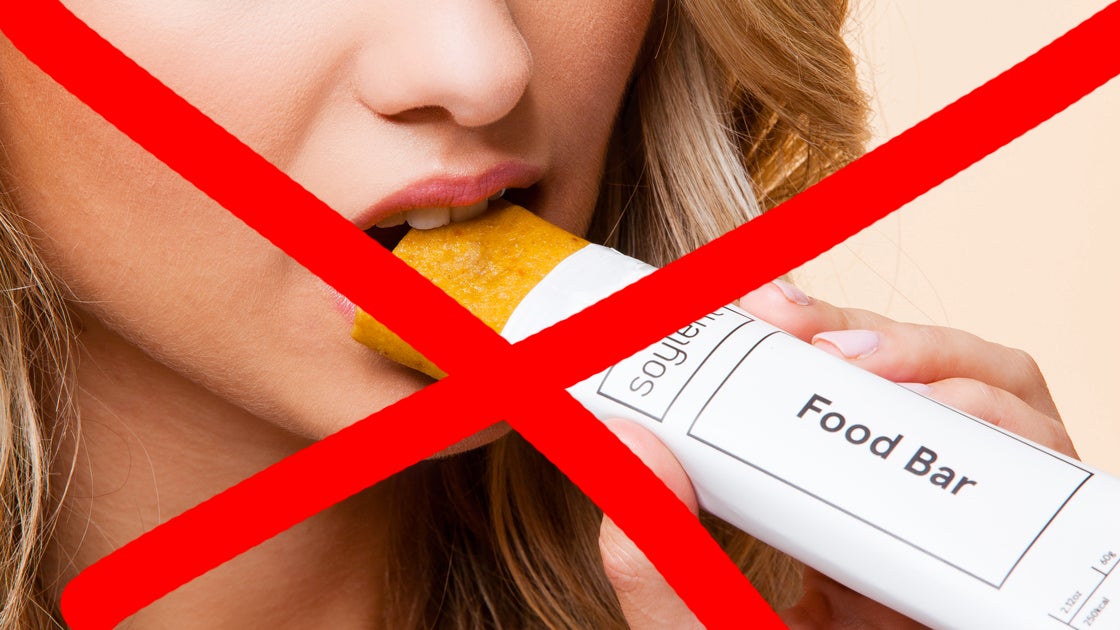 Yesterday, it was reported that members of the Soylent subreddit and Soylent's own message board alleged the company's Food Bars were making them sick. Since then, multiple sources have reached out with stories of Food Bars making them ill, as well as with images showing the identifying numbers printed on bar packaging. Soylent is a tech company that sells meal replacement products it claims offer "complete nutrition" — though many scientists disagree. Its flagship products are Soylent 1.6 (a powder you mix into a drink) and Soylent 2.0 (a pre-bottled drink). In August, the company announced the Food Bar with the same ingredients — soy protein, algal flour, Isomaltulose ("A slow-metabolizing disaccharide synthesized from beets") and "vitamins and minerals".

All the images Gizmodo received from sources share a common expiration date, 14 July 2017, as well as similar identifying numbers before and after the expiration date. Users on Soylent's message boards have reported getting sick from bars with the same expiration date with the code 0716 after it.

The commonality in the codes is circumstantial, obviously, and it doesn't point to any clear conclusion. In a statement to Gizmodo yesterday, Soylent noted that "A certain subpopulation of individuals may have an allergy, intolerance or sensitivity to ingredients such as soy and / or sucralose". This suggests the sickness might be allergy-related, but again, there's no evidence to support that.

One of Gizmodo's sources claims he went to the ER after eating a bar from the box pictured below: 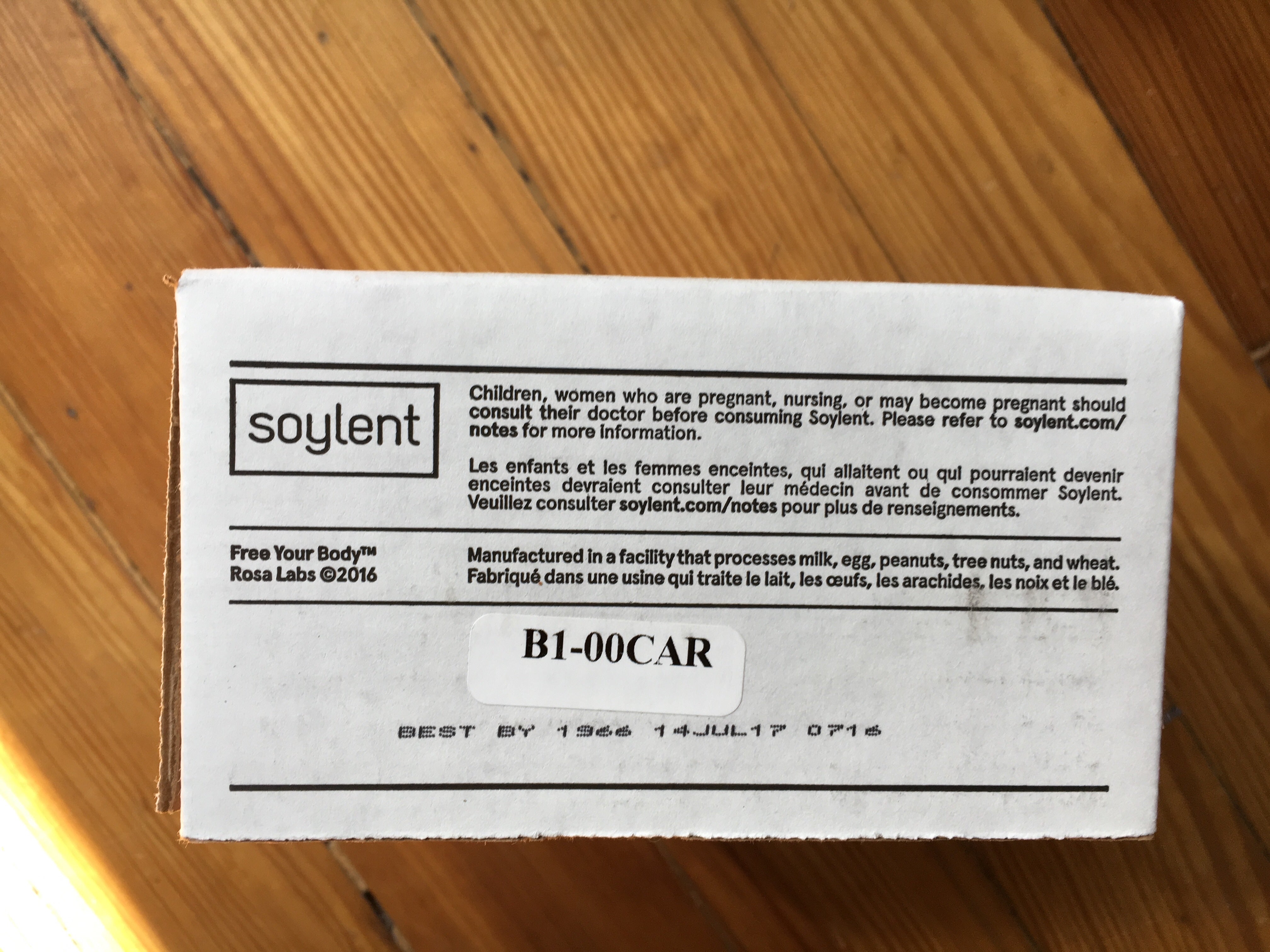 He told Gizmodo he believed the bars made him sick twice, once on September 27, when he "ate a bar around 2PM, got violently ill around 4:45PM on [his] way home from work". He said he "had 5-6 bouts of vomiting over two hours".

On October 3, he said he ate a bar around noon and "got violently ill around 3:30PM during a meeting at work". This time, he "had 5-6 bouts of vomiting in less than an hour". When his "stomach pain worsened, to the point where it affected [his] vision", his wife took him to urgent care. Afraid he might have appendicitis, he was referred to an emergency room and "treated for nausea and severe dehydration."

"I needed 3L of saline before I could walk on my own. I was released from the hospital a little after 9PM," he told Gizmodo. He also sent Gizmodo a picture of a bar from the same batch: 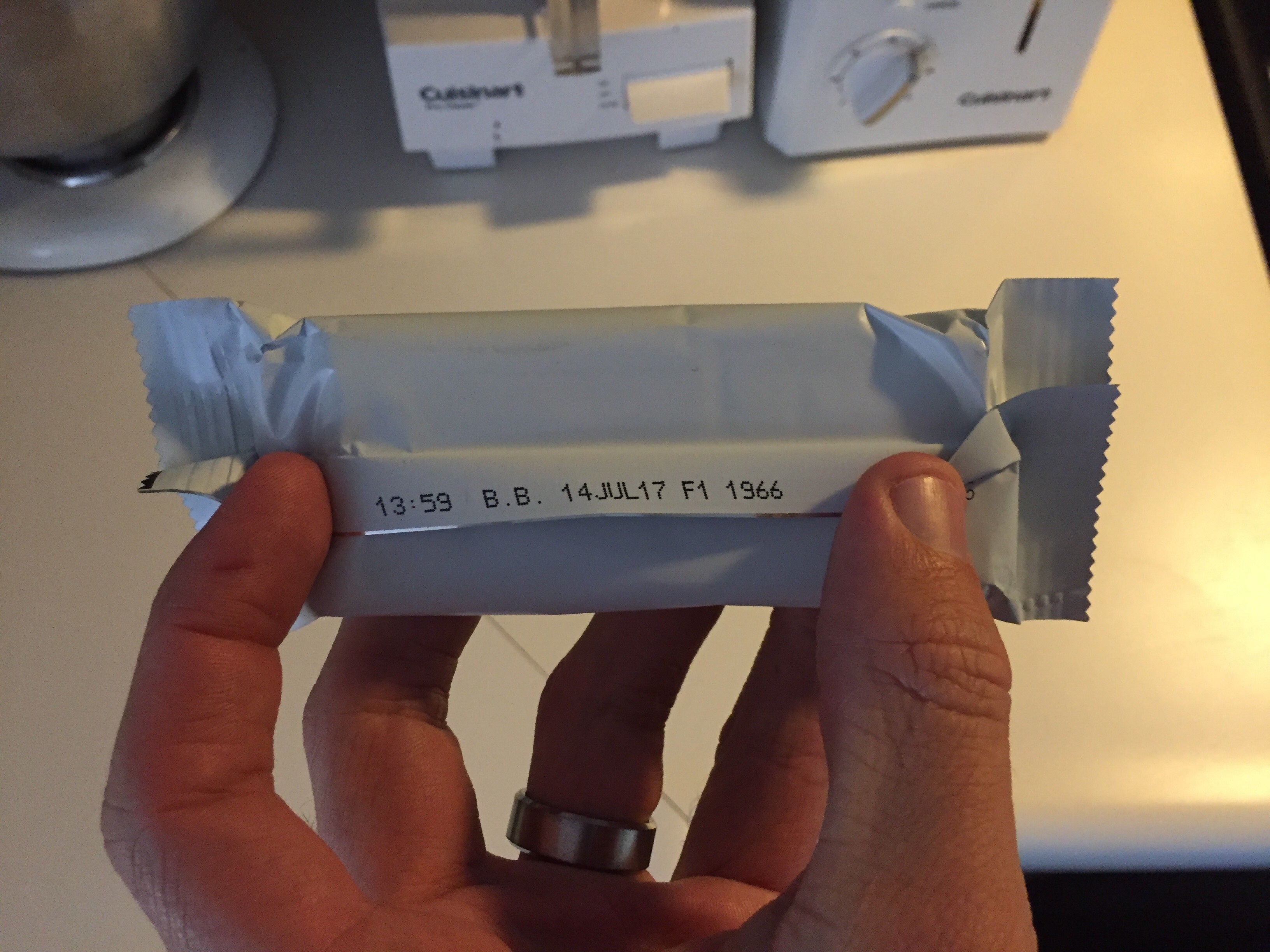 A second source, who ordered the bars from Soylent on August 28, said he ate two bars from the following box, and then "started feeling very sweaty and weak and then threw up". 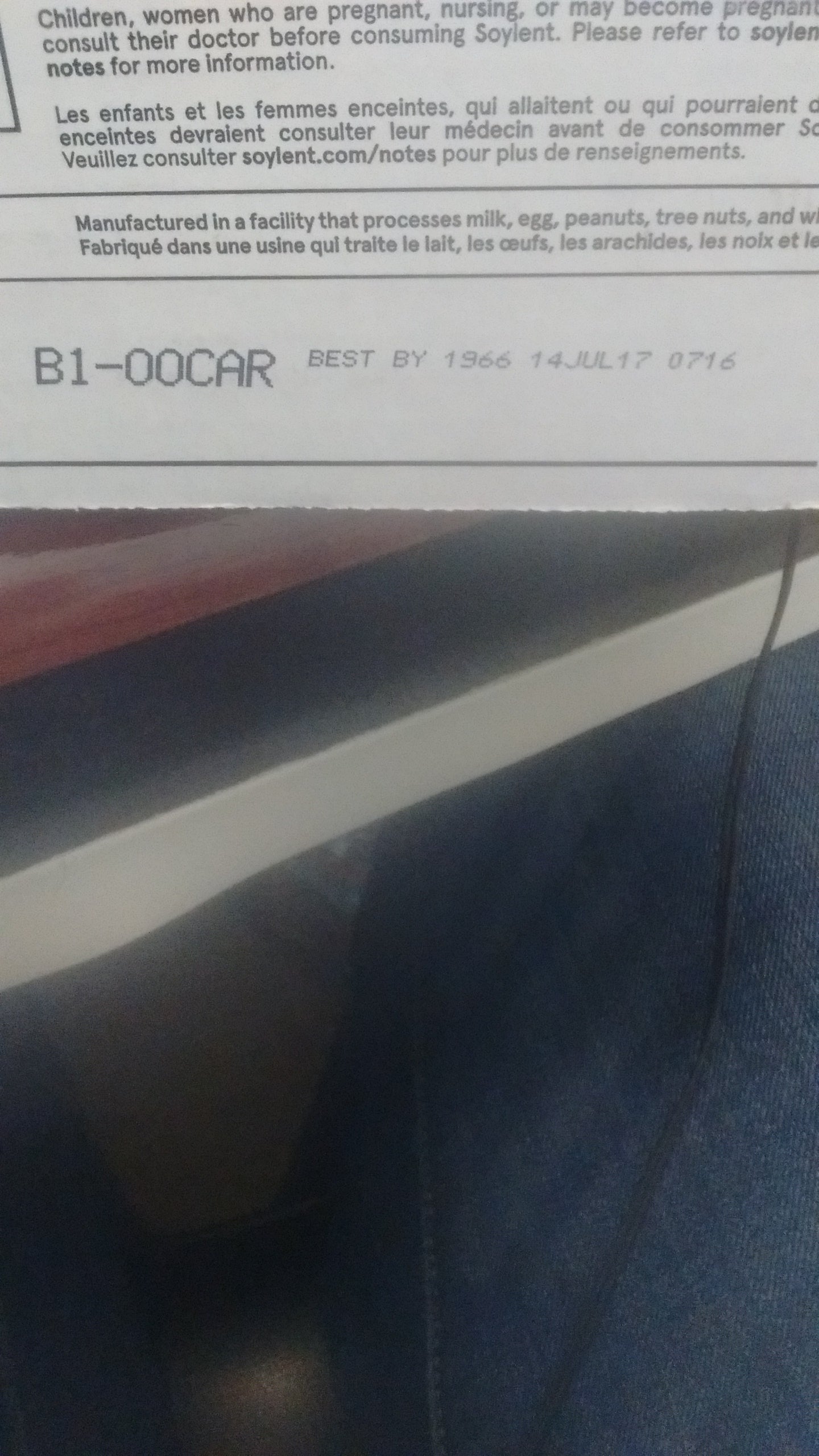 A third source, who ordered the bars pictured below on August 23, claims he and his wife both became ill after eating them as an afternoon snack. 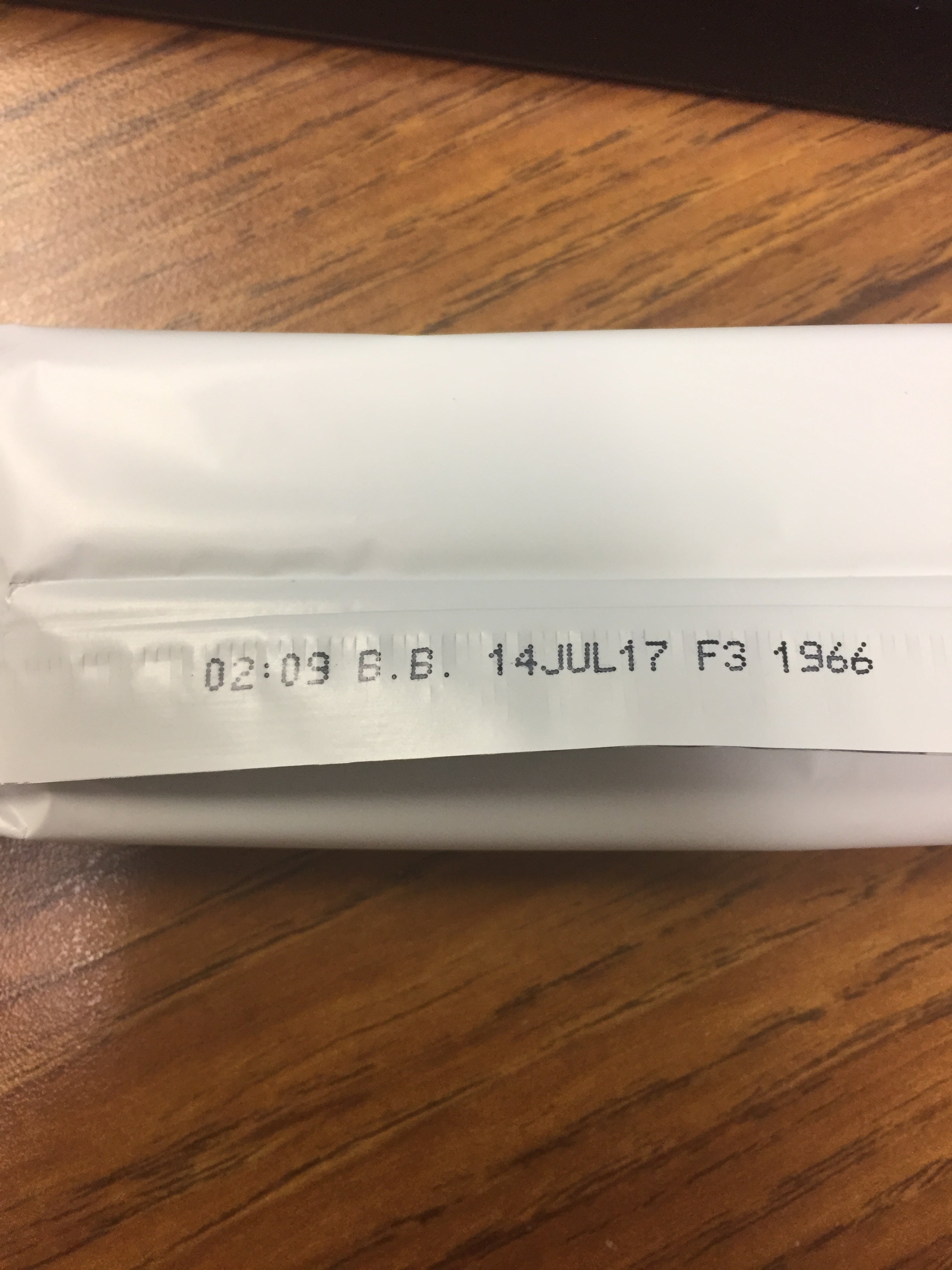 He told Gizmodo that a couple of hours after he and his wife consumed the bars, they both threw up. "We both felt terrible the entire night with cramping, bloated feelings. We were fairly recovered by the morning," he wrote in an email.

Raylingh, a user on Soylent's forum, also posted a picture of a bar they said induced vomiting with "14JUL17 1966" printed on the wrapper: 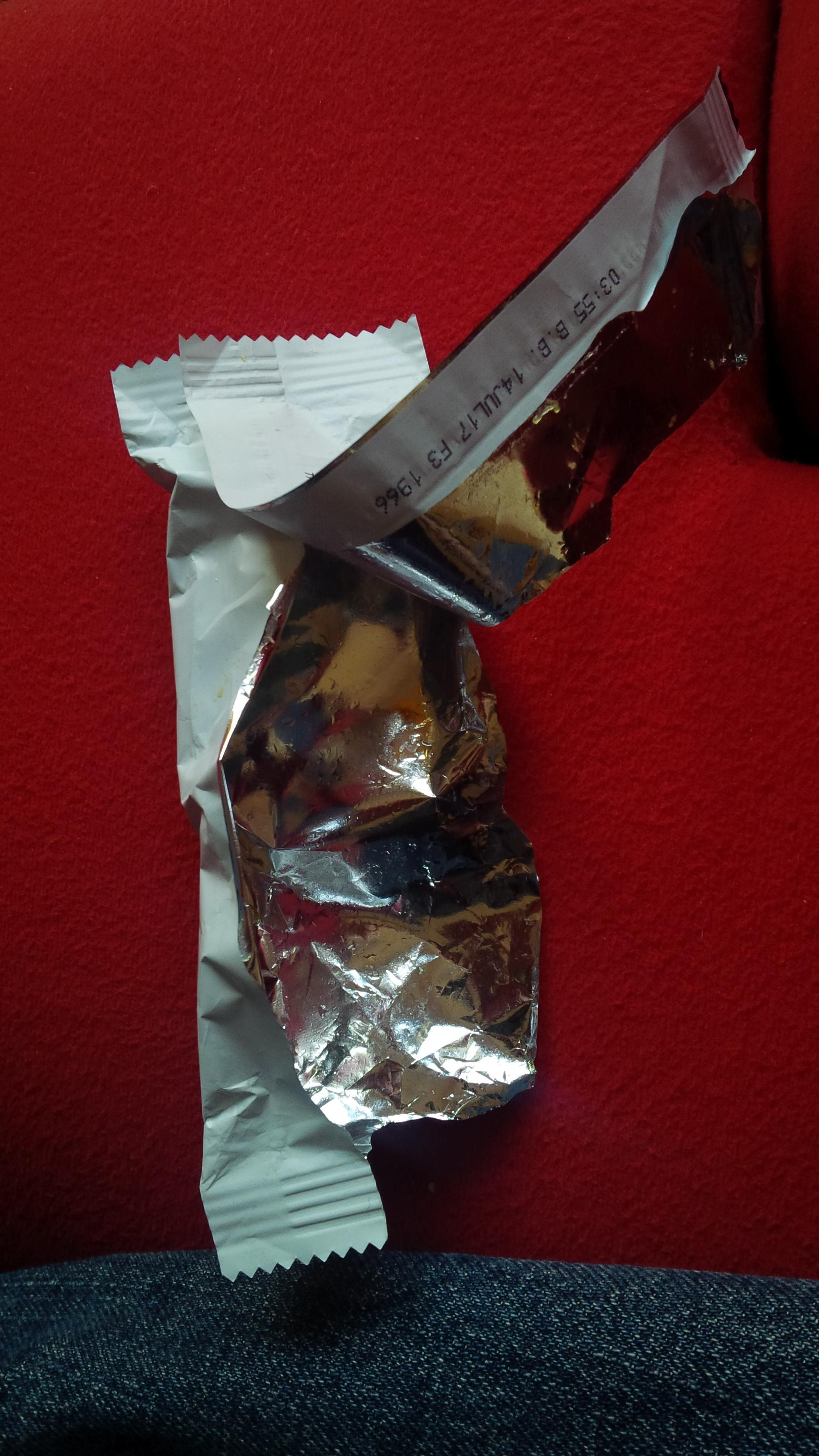 It's still unclear what exactly these codes mean. We've reached out to Soylent to ask. Here's what we know:

Soylent only released the bars in August, meaning they have been on the market for a short while. On Soylent message boards, user candleknight reported that bars with a slightly different code — 1976 instead of 1966 — but the same expiration date, sent him to the ER. He wrote:

I was admitted to the emergency room with a blood pressure of 202/139 (For those that don't know, that's crazy high. Like dangerous, you could die, high) and spent the next 26 hours getting stuck in practically every machine they had there and having every bodily fluid possible sampled for testing, to try to determine the cause and to make sure I didn't have a stroke/anurism from the dangerous blood pressure I came in with. (CT scan and MRI clear, btw. No brain damage. And, after they got me stabilised, my blood pressure went back to normal and stayed there. I'm 100% ok now) ...
Code from the box:
B1-00CAR BEST BY 1976 14JUL17 0716

What does this all mean? It means that if you have a Food Bar with the expiration date 14 July 2017, it might benefit you to throw it away.

Two of Gizmodo's sources also reached out to Soylent, whose reps requested they mail the bars back so the company could "analyse" them. Email correspondence below: 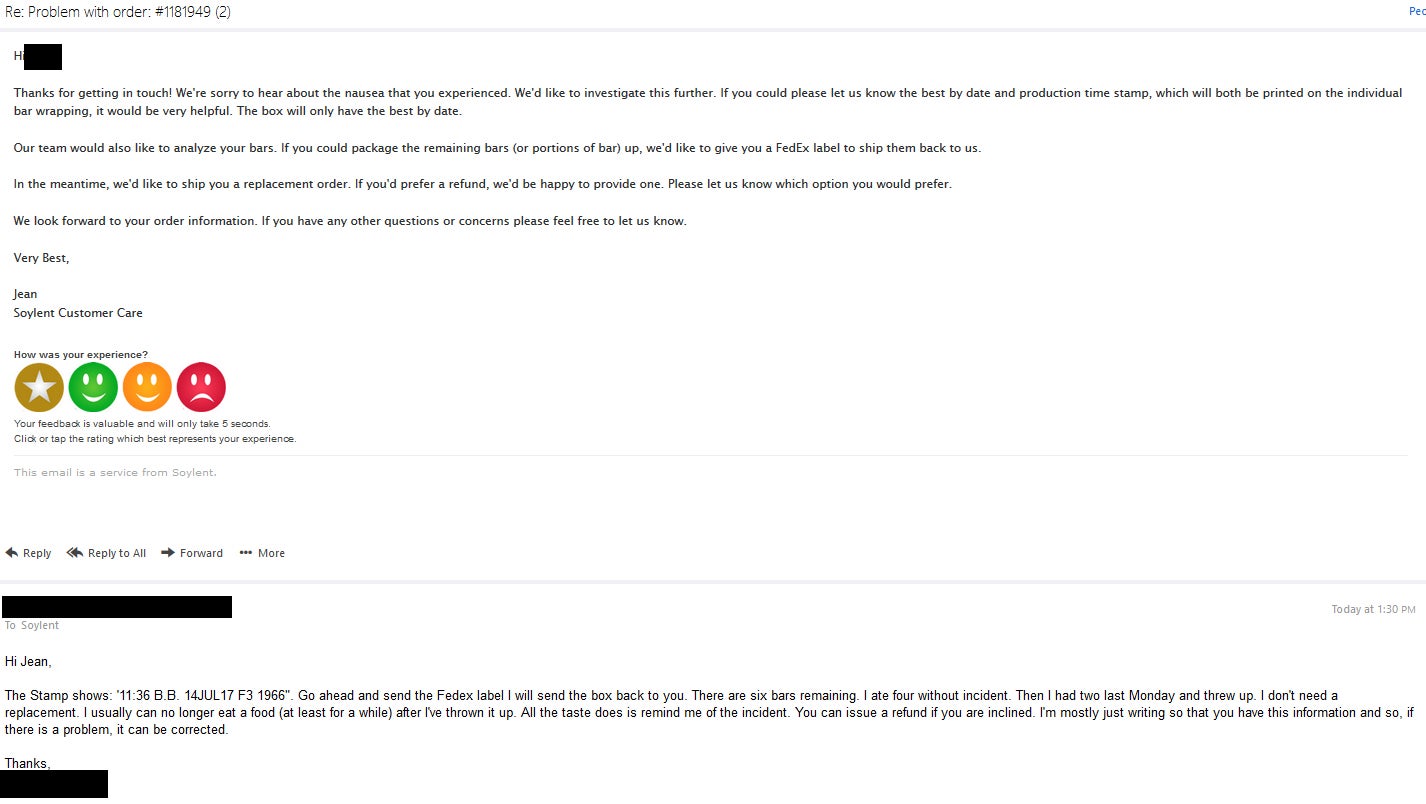 Yesterday, Soylent emailed Gizmodo a statement in which the company claimed to "have retrieved remaining bars from our consumers" after learning of the allegations that its product caused people to get sick.

"We have also sent them for further microbiological testing and all tests have come back negative. Based on this we remain very confident in the safety of the bars," Soylent told Gizmodo.

Additionally, BuzzFeed reported that the facility that produces Food Bars, Betty Lou's in McMinnville, Oregon, has not been inspected by the FDA since 2014, according to the government agency's online database. "Soylent claims that the last FDA inspection was as recent as March 2016," reports BuzzFeed.

Gizmodo reached out to the FDA for comment, and the agency could not confirm or deny whether it was currently investigating Soylent. An FDA spokeswoman, however, encouraged customers who have gotten sick to report incidents to its consumer complaint department.

We reached out to Soylent for comment, but had not received a response at time of writing.