Is It Legal For Elon Musk To Colonise Mars?

This week, Elon Musk's company SpaceX revealed more details about how it plans to transport colonists to the planet Mars. There are a lot of open questions about how this will work, technically speaking, and who will pay for it. But there's another fundamental issue that must be addressed before anybody can reserve a seat on the first spaceship out: Is going to Mars even legal?

I posed that question to Joanne Gabrynowicz, director of the International Institute of Space Law. The short answer is that there's no legal framework governing most of what Musk outlined in his vision. Right now, the billionaire does not have permission to send a single robotic probe to Mars, much less thousands of Earth citizens.

In the United States, the Federal Aviation Administration (FAA) has jurisdiction to licence what goes up into orbit, and what comes back down to Earth. But as soon as you're in orbit, or heading to another celestial body, the rules start to get fuzzy. "At the moment, there is no legal regime for on-orbit activities," Gabrynowicz said.

Right now, any US company wishing to do something in space has to be authorised by the appropriate federal agency, usually the FAA or the Department of State. For instance, last month Google LunarX-Prize contender Moon Express received a "favourable payload determination" from the FAA for its request to stick a robotic lander on the Moon. Basically, the feds decided the payload is not going to harm people or jeopardise US national security, and so Moon Express can go right ahead. It was the first time a private US corporation received explicit permission to land on a celestial body.

The approval was met with hearty victory whoops from the commercial space community, which took it as a sign the feds may look favourably upon other deep space endeavours. But the FAA has made it clear that it wasn't setting any precedents. "Other companies, or even Moon Express, would have to undergo a similar payload review if they wanted to do something similar," Gabrynowicz said. "Everything is on a case-by-case basis."

What's more, getting a payload authorisation is not the same as being licensed to conduct activity once you've landed. If you want to rove around on the surface, drill for precious metals, send a message back to Earth or build a self-sustaining city, you're going to need other licenses.

All we really know at this point is that under the Outer Space Treaty of 1967, the United States is responsible for any and all activity a US company engages in on another celestial body. And in the case of SpaceX building a settlement on Mars, the US is going to want to supervise and regulate carefully. Particularly given that several other tenants of the Outer Space Treaty — the prohibition of nuclear weapons in space, and the mandate that states should avoid "harmful contamination of celestial bodies" — seem directly at odds with Musk's plan.

And let's not forget that the Outer Space Treaty also prohibits anyone from appropriating territory in space, which means that under current law, SpaceX's Martian colonists would be squatters, or pirates. That, however, may be the least of their worries from a legal protection standpoint. 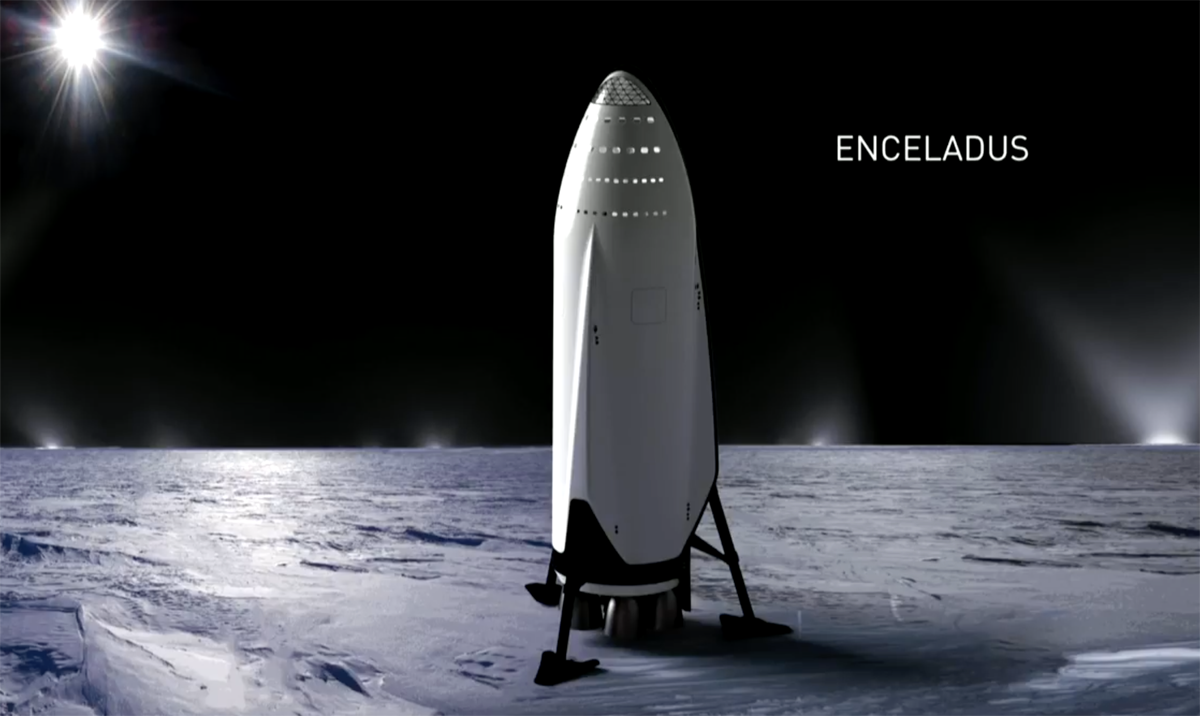 Is this legal? Probably not. Image: SpaceX

"There are no [legal] answers for humans," Gabrynowicz said. "I'd need to know what is their status: Are they travelling as employees, tourists or crew? What kind of contract is being negotiated between these people and the companies? Is there any exchange of funds? It's going to be a huge question to settle, what are the contractual agreements between company and person."

Bills like the American Space Renaissance Act, which was introduced to US Congress last autumn, could start to fill many of the regulatory gaps surrounding robotic commercial activity in space. But Musk's plan to start sending thousands of colonists to Mars in the coming decades raises major legal, not to mention ethical, questions that are going to take a long time to sort out.

Until then, space remains the wild west — which may be precisely what a brilliant, ambitious and slightly unhinged billionaire finds so appealing about it.