How To Quickly Free Up Storage Space On Your Phone 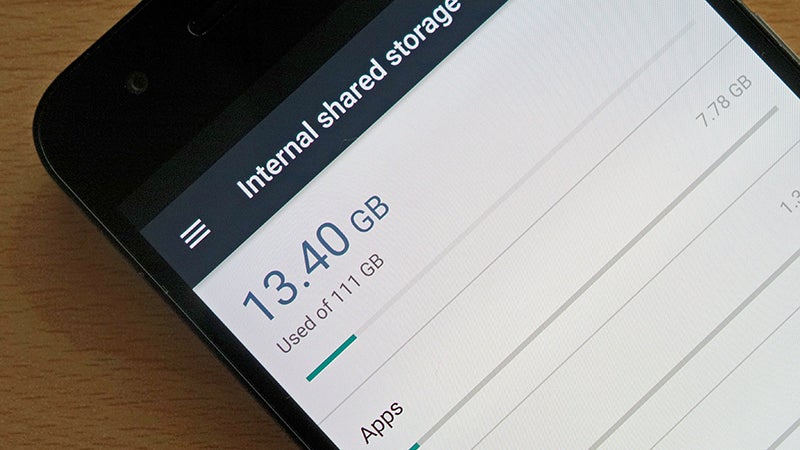 It's not always easy to stay one step ahead of the vanishing storage space on your smartphone, and suddenly finding yourself without any available room can prevent you from snapping new pictures, syncing playlists and more. Here are the easiest and quickest ways to get some breathing room again.

We're not intending this to be a comprehensive list (we haven't mentioned deleting movies and TV shows you've saved to your phone for instance) but rather a collection of space-saving tips you might not immediately think about. 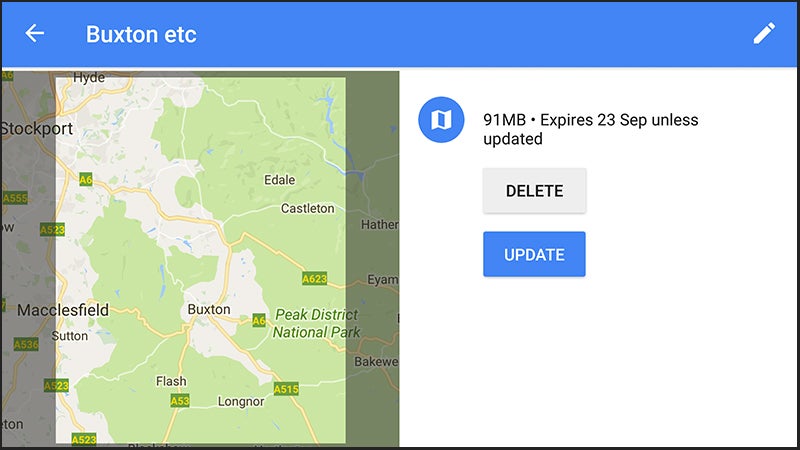 Been travelling around remote parts of the world and caching offline maps in advance? It's a neat feature to have but it can gobble up gigabytes of room on your handset if you've got half the country saved to your local storage.

This isn't a solution for Apple Maps — which manages offline caching automatically — but you can try it for Google Maps and Here Maps. In Google Maps, go to Offline areas from the main app menu, tap on an area and you'll get the option to delete it from your phone.

To stop this happening in the future, you can set offline areas to automatically erase themselves after 30 days: from the same Offline areas screen, tap the gear icon to turn automatic updates off.

If you're using a different app, check the offline cache — in the case of the Here Maps for Android and iOS, it's behind Download maps on the main app menu, and you can simply tap any of the relevant trash icons (Android) or swipe left (iOS) to delete a map. 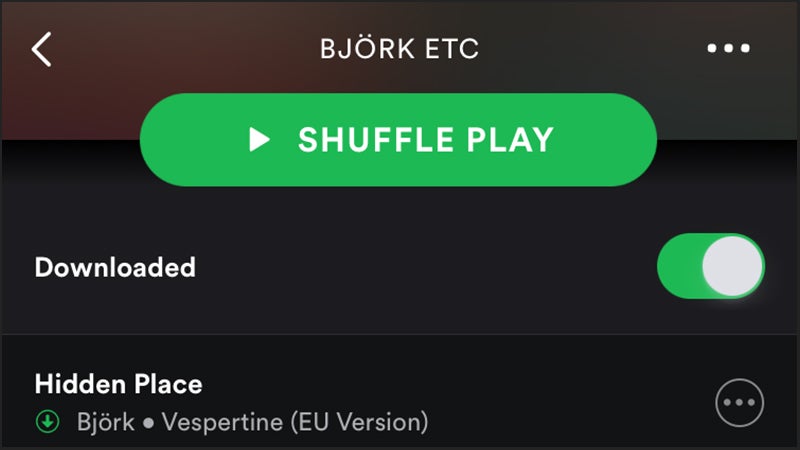 Maybe your love for taking dozens of post-rock albums on the go with you is one of the reasons behind your storage woes. If so a quick clear-out can help.

In Spotify, go to Your Library from the main app menu (or the navigation tab) and the playlists you've synced are in green — tap on any one and untick the offline toggle switch to erase its contents from your device.

(You might not get back all the space straight away — Spotify seems to keep the tracks cached for a little while just in case you made a mistake.)

In Google Play Music, you can go to Manage downloads from Settings on the main app menu to see tracks actually on your device. Tap the orange tick next to any playlist, album or song to remove it from your phone.

In Apple Music, there's a handy Downloaded Music entry in the Music section of the Settings app on iOS that you can use to delete cached tracks. No such luck on Android, where you have to go to My Music from the main app menu, then tap Artists, then choose Only Downloaded Music to see locally stored songs. 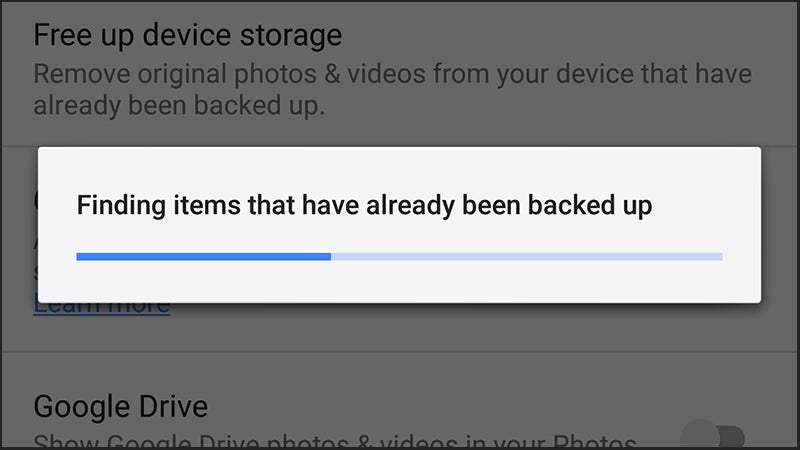 This can be a big one, particularly if you're fond of capturing your daily exploits with 4K video clips. Obviously you can head into your gallery app of choice and just delete a raft of images and clips, but you're probably going to want to hold on to most of them.

Google Photos for Android handles this pretty well right now. There's a Free up device storage option on the main app menu that looks for pictures and videos that have already been sent to the cloud and deletes the local copies.

On Android, you can do this manually too, by going to Device folders from the app menu, selecting a group of pictures, tapping the three dots on the menu bar and choosing Delete device copy.

Of course check your backup settings — Google Photos lets you choose between storing originals and resized copies in the cloud, so only delete the local copies if you're happy with the arrangement you've set up.

On Apple's Photos app in iOS it's a bit trickier to delete local copies of files while keeping the iCloud backups (the apps are specifically set up to keep everything in sync). The only simple solution is to use Apple's own automatic Optimise iPhone Storage option from the Photos & Camera menu in Settings — this uses low-res copies on your phone when space is limited, while keeping the originals available in the cloud. 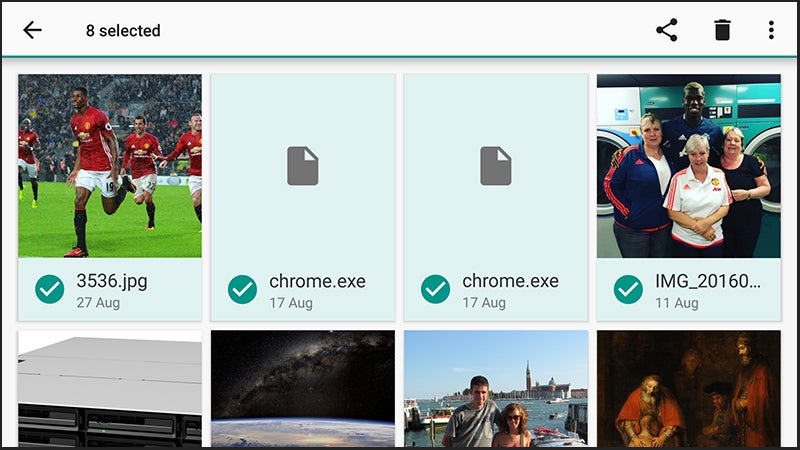 Have you been downloading large files from the web and forgetting all about them? Stock Android helpfully provides a Downloads app right in the main app drawer, so you can quickly check what you've got in there and erase anything you don't need anymore.

iOS, as you might know, doesn't let you do anything as dangerous as download files. Saved photos are in your Photos app, but that's about it.

You can clear the website and history data from your mobile browsers too, on Android and iOS, but the storage space savings are unlikely to be significant.

Delete games you're no longer playing 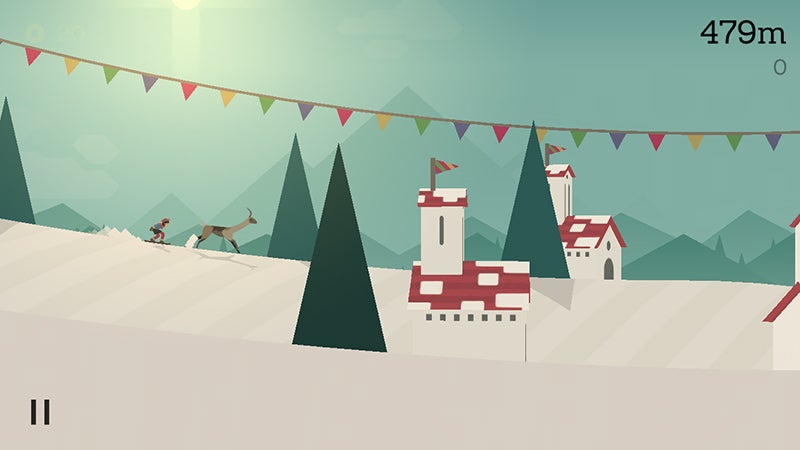 Uninstalling apps can remove some space on your phone, but to really clear the decks you need to pick apps of a substantial size — and games are often the worst culprits as far as taking up room on your device goes.

Before removing any title it's important to double-check what happens to any saved games you've built up, but if they're in a safe place in the cloud (or you just don't want them), then erasing games you're no longer playing can be a real space saver.

On Android you can see how much room each game takes up by going into Storage from Settings and tapping on Apps. On iOS, from Settings choose General, Storage & iCloud Usage and Manage Storage.