Tips on How to Make the Best Meatballs at Home, From...

Will It Sous Vide? The Great Scrambled Egg Scale Up

Hey everybody, and welcome back to another hot and steamy instalment of Will It Sous Vide?, the weekly column where people tell me what to cook with my Anova Precision Cooker. Photos by Claire Lower.

This week’s topic is something I’ve tackled before here at Lifehacker, but we’re going to dive a little deeper and see how far we can push it.

Sous vide scrambled eggs have been discussed before, but only on a small scale, just three eggs being at a time. Based on my earlier “work”, I knew that Heston’s Sous Vide Scrambled Eggs produced the tastiest scramble I’d ever had the pleasure of eating but, as esteemed commenter Scott Jensen pointed out, this method would be especially valuable if it could be scaled up to feed a crowd. 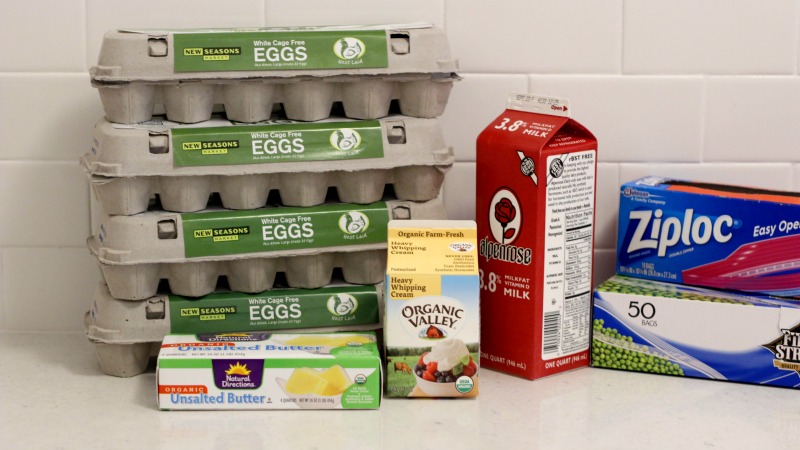 The original recipe is for six eggs, and instructs you to divide the egg/milk/cream/butter mixture between two zipper bags, but I wanted to see if it could be done in one big bag, and how that would affect the cooking time, texture and flavour of the eggs. 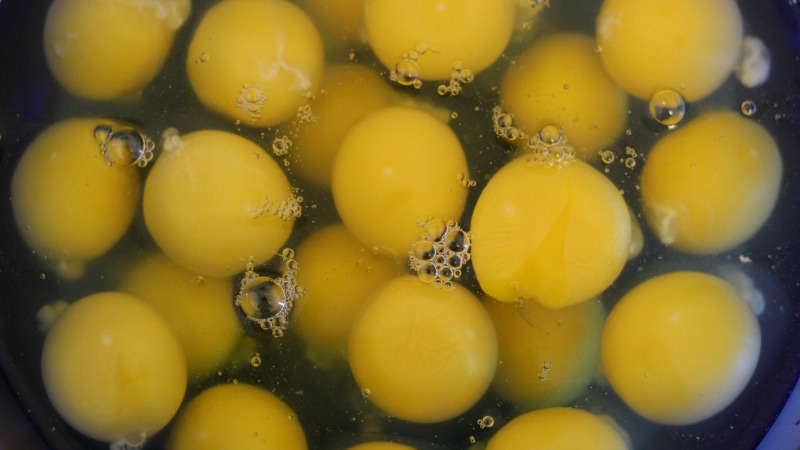 I made three batches of the egg mixture: A batch containing six eggs, a batch containing 12 and a batch containing 24 damn chicken ova. I scaled the other ingredients (milk, heavy cream and melted butter) up appropriately and mixed it all together. Then I bagged them up and threw them into a constant temperature water bath set to 75C, pulling them out and squishing them around every five minutes or so to “scramble” them effectively. Unfortunately, the temperature didn’t stay constant, as the sudden addition of 42 cold eggs plus a bunch of cream and milk cooled the water by a few degrees. 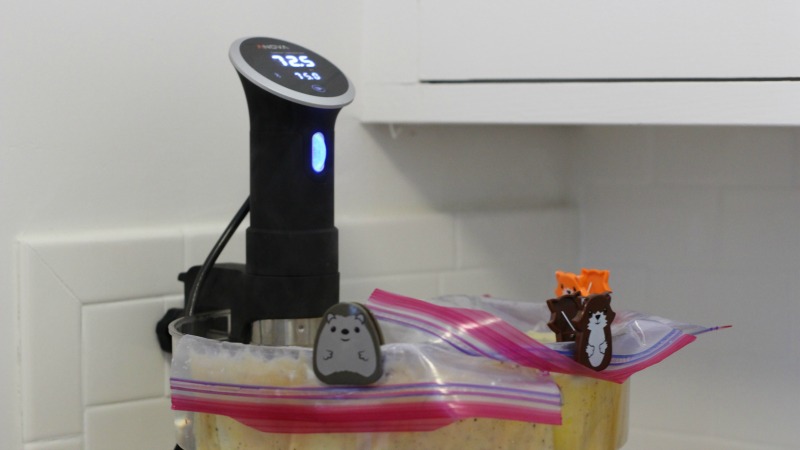 It took about 20 minutes for the water to come back up to 75C, and the eggs just kind of hung out, all liquidy until then. Once the temp made it back up, the magic started to happen. As one would expect, the smallest batch started to form curds the quickest, finishing up at the half hour mark. (So, 10 minutes after the bath came back up to temp.) As with the first time I made these eggs, they were flawless. They were custardy, creamy and rich, practically begging to be scooped up with some thick, crunchy toast. I didn’t have time for toast though, as I still had more egg bags to squish around. (In terms of cheese, these do not need them, as they are already super creamy. If you simply must add more dairy though, pick something salty and hard, and grate it just over the eggs just before serving, maybe with a sprinkle of fresh chives.)

Next to finish was the “medium” 12-egg batch (surprise!), which clocked in 40 minutes. There were no huge differences between the batches, at least not taste-wise, though I did notice some slightly bigger curds, along with more “white parts” distributed throughout the scramble. Not a huge deal though, and I wouldn’t be able to tell the difference in a blind taste test. 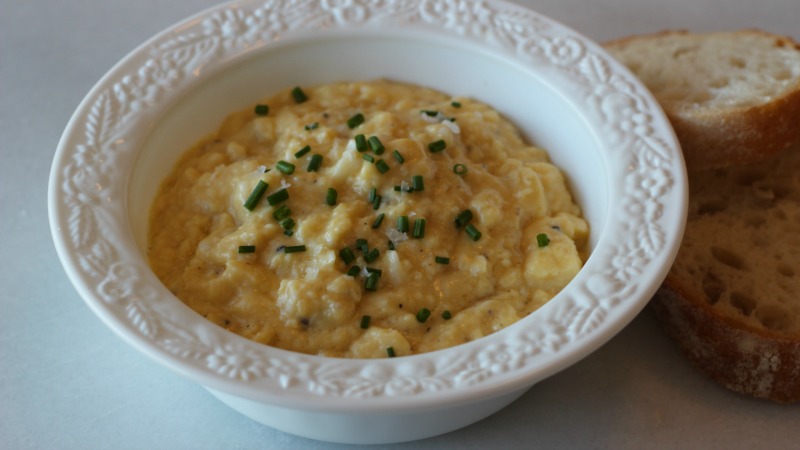 Finally, the big boy started to form tasty little curds, but I wasn’t sure the “squishing around with my fingers” method was properly agitating the eggs and cooking them evenly, so I opened the bag up and stirred them a bit with a silicone spatula before returning them to the bath. (I was also concerned about putting too much stress on the bag with repetitive squeezing, and didn’t want a repeat of the Great Cheesecake Disaster of 2016.) After five minutes, I removed them once more and gave them another quick stir before plunking the bag back in for a final five minutes. 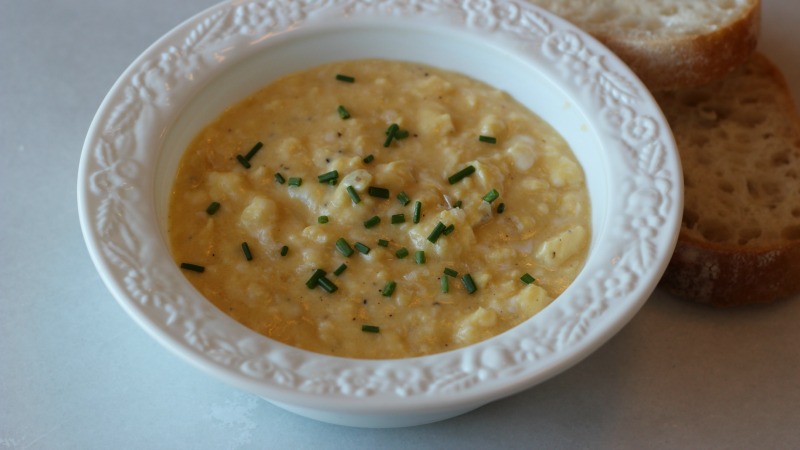 Like the two batches before this mega batch, these eggs were transcendent. They were all the things they were supposed to be: Velvety and custardy, with (mostly) tiny, yolk-rich curds. As with the medium batch, there were a few bigger curds in there, but not enough to alter this glorious egg eating experience.

So, back to our driving question: Will large batches of scrambled eggs sous vide?

The answer: Heck yes, though it will take a little bit longer. A three-egg batch takes 15 minutes, the six-egg batch took 30, a dozen eggs took 40 minutes and two-dozen took a total of 50 minutes. This also may change depending on how much your water bath drops when your first submerge your egg mixture, and how long it takes to for the temperature to return to 75C. I was using my largest water tub, so it took a whole 20 minutes, but that would have been less with a smaller bath.

Bottom line though, you can make two dozen perfectly-scrambled, super-creamy and delicious eggs all at once in under an hour, which should make your brunch guests exceedingly happy and very impressed.