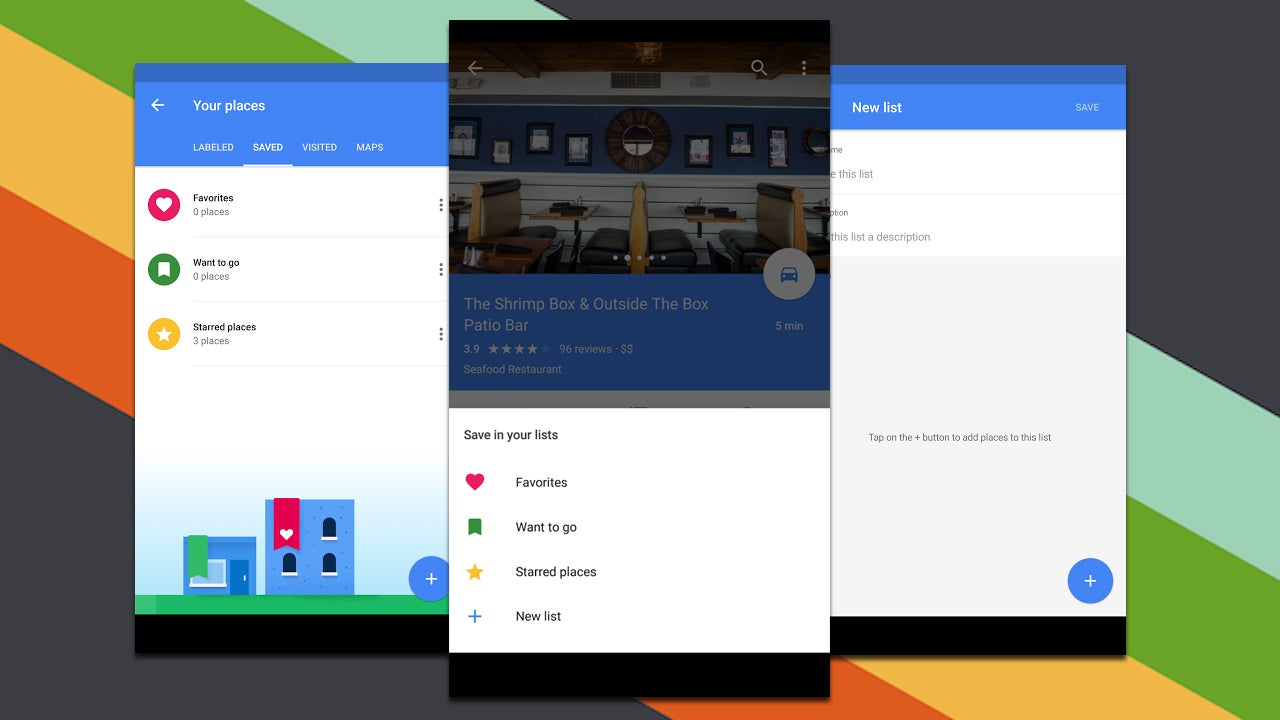 Android: The latest beta of Google Maps has a handy new feature that we've been wanting for a long time. You can now organise your places into lists. Unfortunately, most of us will still be waiting, unless you're a level four Local Guide. In early 2015, Google introduced a program called Local Guides that allows avid users to gain rewards for contributing to Google Maps' crowdsourced data. One of those rewards is apparently exclusive features in the Maps beta, according to Droid-Life.

The new feature lets you create multiple lists, sort the places you've added and see which ones you've visited. This would be super handy for remembering really awesome restaurants or the place where you and your significant other had that lovely date. The lists replace Google's normal Save button. You can still add a place to your "Starred places" list, of course. This just adds the option to sort them a little better.

According to Google, Local Guides level four and up will get this feature this week, but the rest of the public won't get it for "months". That's unfortunate for the rest of us, but maybe you can make it to level four before then! If you're already a Local Guide and want to try it out, sign up for the Google Maps beta here, then download it below.