Counterfeit Foods, And How To Spot Them

That Parmesan cheese is actually wood, that honey has corn syrup and the cake is a lie. There’s no guarantee the food you’re buying at the store is what it says it is, so keep an eye out for these usual suspects if you don’t want to waste your money on fake, inferior products.

The distribution and selling of counterfeit foods is officially known as economically motivated adulteration (EMA), a subcategory of food fraud. EMA can be anything from altering the weight of the product by adding a lower quality ingredient to tampering with the product’s label. Diluting fruit juice with water, adding chemicals to boost the protein content of a food and changing the expiration dates on meat labels are all good examples.

These acts are illegal, of course, but that doesn’t mean it doesn’t happen. According to the US Pharmacopeial Convention (USP), an estimated seven per cent of products in grocery stores throughout the US contain fraudulent ingredients. Unfortunately, the problem is regularly encountered in Australia too. Here are the most common offenders. 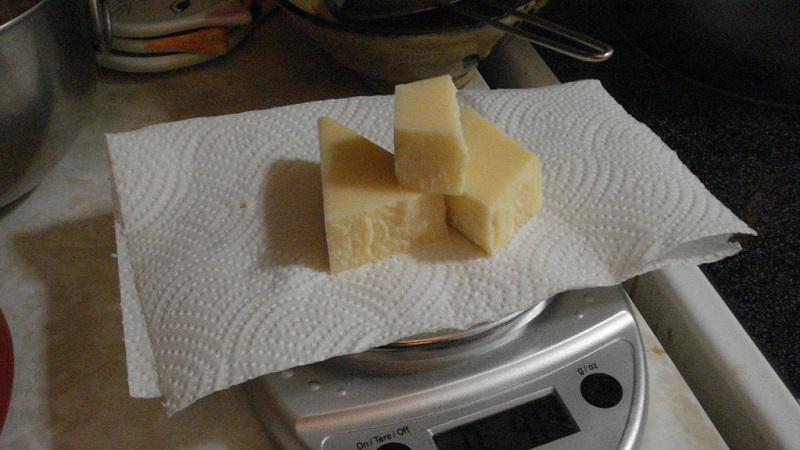 If you pay premium prices for decent Parmesan cheese, you’d think that’s exactly what you’d get. However, there have been multiple instances of companies shilling “100% real” Parmesan with fillers like wood pulp cellulose, and super cheap cheddar. In the US, an FDA analysis suggested there’s no actual Parmesan cheese in the Market Pantry brand 100% grated Parmesan Cheese brand sold at Target. The same goes for the Always Save and Best Choice brands of 100% Grated Parmesan Cheese, which mostly contain mozzarella, white cheddar, and cellulose. While Aussie-produced food is tightly regulated via strict laws, it still pays to research brands you’re unfamiliar with — particularly if it was manufactured and packaged overseas.

If you want the real deal, Liz Thorpe, author of The Murray’s Cheese Handbook and The Cheese Chronicles, recommends you buy a wedge of cheese from a whole wheel with the words “Parmigiano-Reggiano” on the rind:

Parmigiano-Reggiano is a legally protected designation of origin that’s used in Europe only for Italian cheese. The beauty of this cheese is that you can always know that you’re getting the real thing because the name ‘Parmigiano-Reggiano’ is burned onto its rind in an unmistakable dotted pattern.

That means hitting up the deli at the supermarket or going to a specialty shop, then grating or shredding the cheese yourself. Also, take note of the price. Parmesan is expensive because it takes a lot of time and a lot of milk to make. If it’s super cheap, that’s a red flag. That goes for everything on this list. If it looks too good to be true, it probably is. 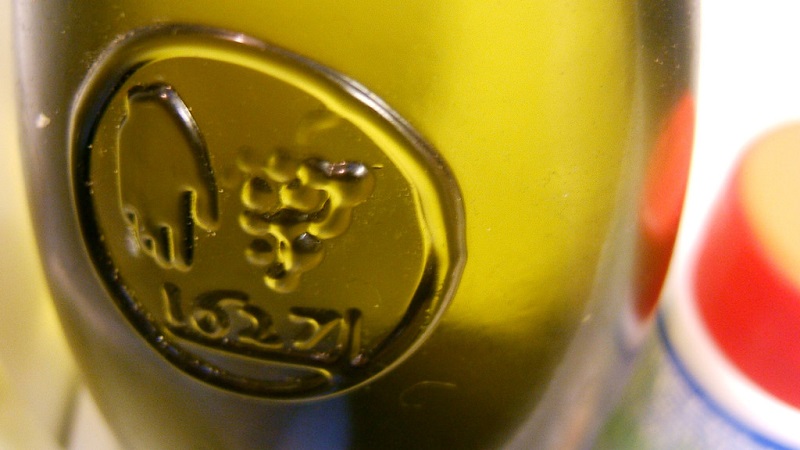 Olive oil is tampered with in a lot of ways so distributors can make money. As Tom Mueller at The New Yorker explains, fraudsters will dilute olive oil with cheaper oils like vegetable oil, mislabel the olive oil as extra-virgin when it’s not, or lie about the oil’s origin, saying the oil was made in Italy when it’s really a mixed batch of oils from all over the Mediterranean.

Major Sergio Tirro of the Italian Carabinieri, and one of the top food fraud investigators in Europe, demonstrated how easy it is to fake olive oil for 60 Minutes. A little sunflower oil, a few drops of chlorophyll, and a dash of beta-carotene is it all it takes to make a passable fake. In fact, Mueller estimates that as much as 75% of the olive oil in the US is adulterated or mislabeled, and a two-part study from the UC Davis Olive Center suggests that 73% of samples from the five top-selling imported “extra virgin” olive oils — Bertolli, Carapelli, Colavita, Star, Pompeian — failed to meet International Olive Council standards.

Fortunately, there are a few things you can do when you’re shopping for olive oil. First, look for a harvest date on the label. Bottles of olive oil without harvest dates may be fraudulent or from extremely old batches that distributors are trying to unload. Second, look for a seal of approval from the local or regional authority where it was bottled. This type of certification proves the oil is from where it says, and that the product isn’t a mish-mash of different oils. Just because a bottle of olive oil has a certain flag on it, doesn’t necessarily mean it was made in that country (although this can be a risky game for food manufacturers who get caught by the ACCC, particularly if the product in question has a bogus Australian flag.)

Also, as Guy Campanile explains on 60 Minutes, check to see if the city of origin is mentioned in addition to the country. You can easily check to see if that area is known for its olive oil production with a Google search. Lastly, check the label for the olive oil’s cultivars, or type of olives that were used. If they don’t list them on the bottle, that doesn’t bode well for the quality of olive oil inside.

As explained in the video above from ABC news, the USP found that imported spices like saffron, black pepper, and paprika are commonly cut with cheap fillers. Saffron is incredibly expensive, so fraudsters will often mix in dried safflowers, dyed onions, and turmeric to boost their profits. And because almost all saffron is imported, it’s harder to regulate what might be in it. Ground black pepper has been mixed with ground papaya seeds, buckwheat flower, and black pepper plant stems. And paprika imported from Hungary has been cut with white pepper, curuma, and even brick powder in the past. As recent reports of fake oregano have shown, Australia is not immune to the infiltration of fraudulent spices either.

The most effective way to avoid the fake stuff is by buying spices whole. Look for whole peppercorns, saffron threads, and whole dried paprika peppers, then grind them yourself. Don’t worry, grinding whole spices into common measurements isn’t as hard as it sounds. One teaspoon of whole peppercorns equals one and a half teaspoons ground, saffron can be used whole or ground to taste, and a batch of fresh ground paprika peppers can last you around eight months. Just make sure you skip the questionable pre-packaged stuff at the dollar store and shop with local dealers or online sellers who specialize in bulk spices. 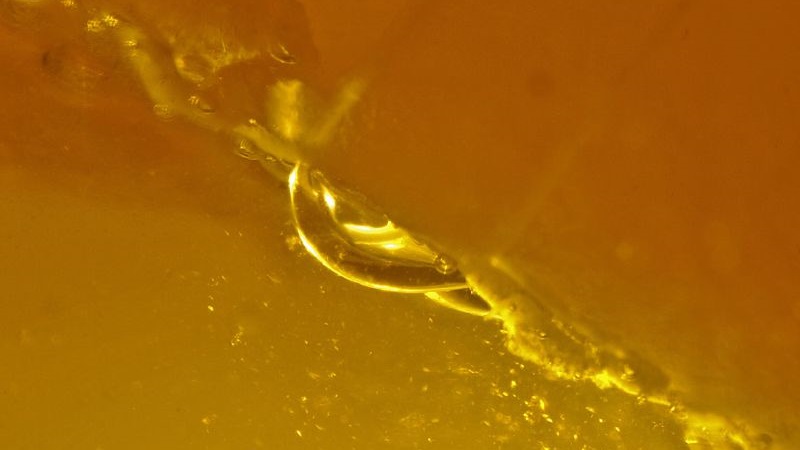 Honey is an easy target for EMA because it’s so sweet. Some distributors add cheap filler like high fructose corn syrup or rice sugar to the mix. Others filter the product to remove pollen, making it harder to tell if a product is pure honey or not. Honey being filtered doesn’t necessarily mean that it’s fake, but it’s possible that you’re just eating sugar syrup. There’s also the risk that the cheap honey you nabbed at the market is an export from a country with lax food safety laws, like China. Not all Chinese honey is dangerous, but there have been issues in the past,and you likely have local apiaries that need your support.

If possible, buy honey from a trusted source like a local farmer’s market, community market, or local honey from your grocery store. Otherwise, to see if the honey from the store is legit, spread some on a piece of bread and let it sit for a few minutes. If the honey crystallizes and the top of the bread gets crunchy, it’s real. If it gets soggy, it’s fake. You can also test the honey in water. Drop a teaspoon of honey into a glass of water and see if it settles at the bottom. If it doesn’t, and it easily dissolves into the water without mixing, it’s not all honey, honey. 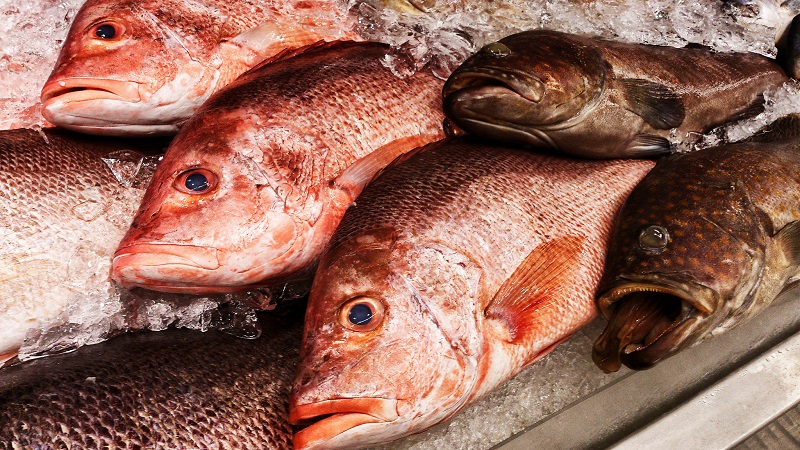 Do you know the differences between king mackerel and grouper? Or how escolar differs from albacore? How about if you can only see the meat? Probably not, and that’s why a lot of seafood is subject to what’s called “species substitution.” It happens in restaurants and grocery stores, where you might think you’re buying some prized wild caught red snapper when you’re really getting cheap, mass farmed tilapia.

One study from Oceana and the National Seafood Inspection Laboratory found that around 33% of the fish they sampled was not the species consumers were led to believe. This is problematic when cheap or undesirable species with high mercury levels are substituted for safer or more expensive fish. Not to mention the fact that you’re not getting what you paid for. And it’s even more difficult to tell when all you see is decorated cuts of meat.

Despite following strict country-of-origin guidelines when selling their wares, plenty of seafood merchants still attempt to take Aussie customers for a ride. A recent study suggested that up to 70% of the seafood we eat in Australia is imported and not properly labelled.

Luckily, you can still educate yourself and make informed buying decisions. This chart ranks seafood that is safe to eat based on mercury levels. As Oceana’s campaign director, Beth Lowell, explains, identifying fish by their fillet alone is nearly impossible, even for experts. That’s why The Environmental Defence Fund suggests you watch for these red flags when you’re shopping around:

If something about the fish seems fishy, press the chef or fish seller for information. They should be able to tell you what the fish is, where it came from, and answer any other questions you have. If they can’t, or they seem unsure themselves, get your fish elsewhere. You should stick to well known suppliers, importers, restaurants and retailers with proven reputations. Get to know your seafood and where it comes from before you eat it.