Gunnar Optiks and Uvex computer glasses both promise to reduce eye strain, prevent computer-related headaches, and be comfortable to wear for long periods of time. But Uvex’s basic frames, while not even remotely as visually appealing as the Gunnar line, are a fraction of the cost. Let’s see who is victorious in this battle between beauty and the beast.

You’ve probably heard of Gunnar, or at least seen one of their high-octane, gamer-focused ads with slogans like “keep your balls moist.” Uvex, on the other hand, is relatively unknown unless your job requires a lot of PPE (personal protective equipment). Here’s a quick rundown of what they’re all about:

This comparison is all about how cheap and functional computer glasses like Uvex Skypers hold up against the chic, heavy hitters like Gunnar SheaDogs. Assuming they both work, the Uvex Skypers seem like the obvious choice for those looking to save some coin, and the Gunnar SheaDogs are best for those who like to look good. I’ve been wearing both for the past couple weeks to find out for sure. 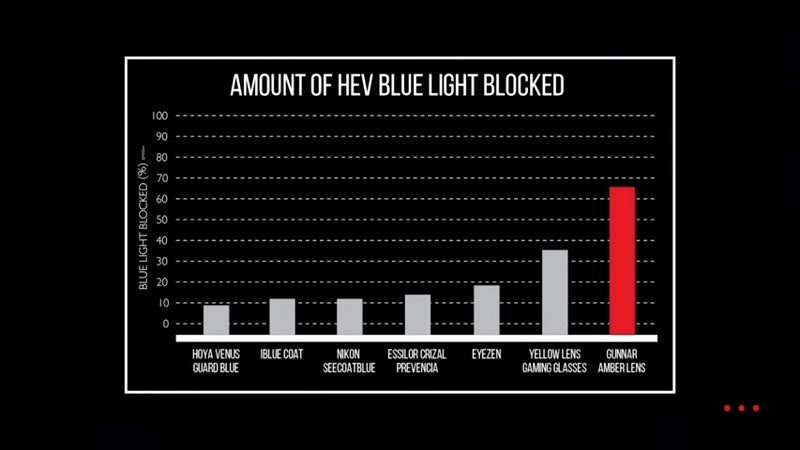 Chart via Gunnar Optiks.
talked about it at length beforehelps you get better sleep

In the chart above, you can see that Gunnar’s blue blocking lenses filter out about 65% of blue light. That’s pretty good compared to some of the other lens coatings on the market. However, Uvex Skypers block out a whopping 98% of blue light. Just for an example, my router has some blue LED lights. When I wear the Gunnars, the blue lights are less bright and turn a greenish colour. When I wear the Uvex Skypers, the blue lights disappear entirely. The Skypers’ high blue blocking made me the most comfortable during long stints at the computer.

There is a downside though: Everything is a warm, amber colour. The Gunnars at least allow for some colour variance. Gunnars also have a UV400 anti-reflective coating to help reduce glare, and the Uvex Skypers don’t. I personally can’t tell how much this helps, but as we’ve explained, people prefer AR coated lenses over non-coated ones. Even so, UV protection does not mean Gunnars are designed to be worn outdoors. You’ll still need a pair of sunglasses for that.

Both Are Comfortable to Wear, but Gunnars Look Less Silly 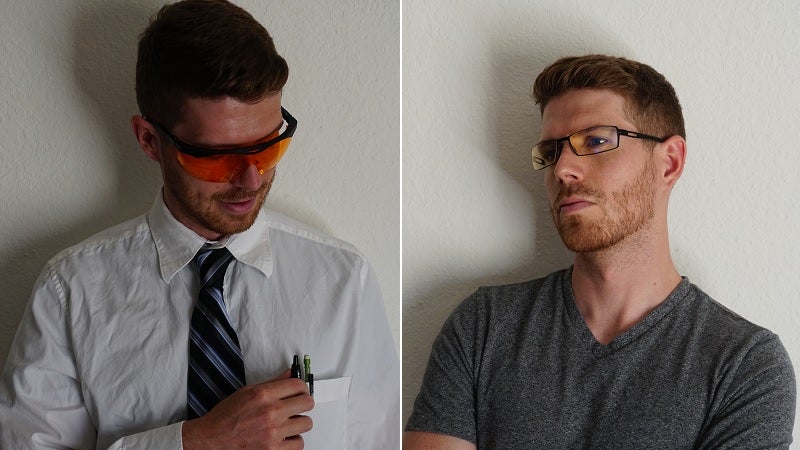 How wearing each pair makes you feel.

I can’t speak for all Gunnar styles, but the SheaDogs are pretty comfy as well. They’re super lightweight (only 20 grams), so you barely feel them on your face, and the frame seems flexible enough to fit different face sizes. The temples of the frames are also extra thin and rest right along the side of your head, so wearing over-the-ear headphones works perfectly. You can wear headphones over the temples of Uvex Skypers as well, but things aren’t quite as airtight. If you like to use noise-cancelling, over-the-ear headphones like me, the fit could be better. And of course, the Gunnar SheaDogs biggest boon: they look like a stylish pair of glasses. There’s no denying that all of Gunnar’s frames look way better than what Uvex is offering. That said, I still felt kind of odd wearing them. For reference, I felt silly wearing the Gunnars in a coffee shop, but I couldn’t even bring myself to put on the Skypers. As Dr. John Dorian would ask, “Do those come with allergies and headgear?”

The Gunnar SheaDogs also have a slight magnification to them that’s supposed to further reduce eye strain, but would actually give me a headache after an hour or two. I had laser eye surgery earlier this year, however, so my experience may be different than yours. Many people seem to like the slight magnification. The Uvex Skypers don’t feature any magnification (that I could notice anyway).

Uvex Offers Way More Bang for Your Buck, Gunnar Is Better for Gaming 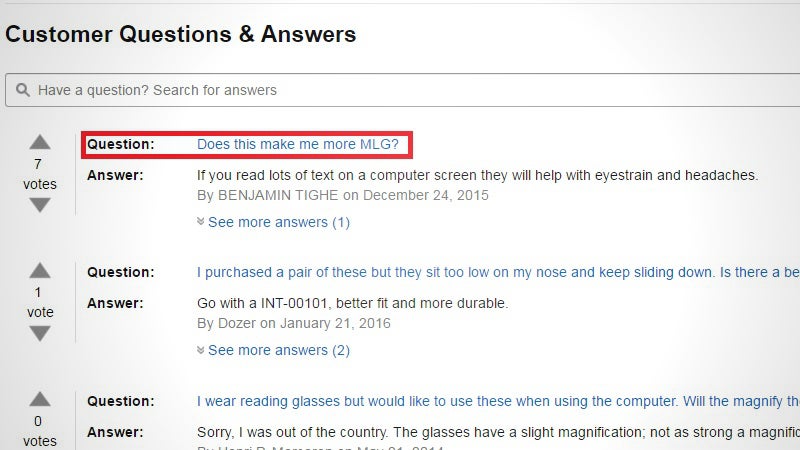 If you’re really worried about looking somewhat stylish at the office, and you have money to burn, then sure, go with a pair of Gunnars. They work fine. But, truth be told, you’re not going to look cool anyway. The orange tint of blue-blocking lenses are always going to make you look like a neo-maxi-zoom-dweeby. Life hack: stop trying to look cool, nobody cares. I say go for broke — or not broke rather — and pick up a cheap pair that get the job done.

That being said, the amber tint on Gunnar lenses are better for gaming if that’s the main reason you want computer glasses. They don’t block as much blue light and I wouldn’t recommend them for long days of working in front of a computer screen, but they do let you see more colour variation on your display. Uvex lenses make it feel like you’re inside a bottle of orange soda, and that’s not ideal when you want to have adventures in beautiful, colourful worlds. However, even Gunnars will give an amber tint to everything (unless you go for the non-blue blocking crystalline line). And, despite Gunnar’s claims, their glasses do not “increase gaming precision and graphics”, so temper your expectations. At best, they will let you play your favourite games for a little longer before your eyes get dry and tired.