The iPhone 7 has officially arrived. Earlier today, we got to play around with the iPhone 7 and iPhone 7 Plus following the company’s big launch event in San Francisco. We also got to try out the new wireless AirPod headphones. Here’s an early, hands-on look at what it’s like to use them.

Now, bear in mind that we were only given a few minutes with the new iPhones in a packed room full of noisy journalists and photographers. As such, these are our fleeting first impressions rather than an in-depth hands-on. We’ll be back with a more in-depth take of the iPhone 7 and iPhone 7 Plus in the weeks ahead.

First off, let’s talk about the phone’s appearance. We got to try the new Jet Black version. It is super shiny; basically a mirror. As you’d expect it’s a bit of a fingerprint magnet so you’re going to need to keep the wet wipes handy if you prefer a pristine finish. (Either that, or pump for the matte black version.) Apple also warned the journalists in attendance that it scratches easily. Yikes. 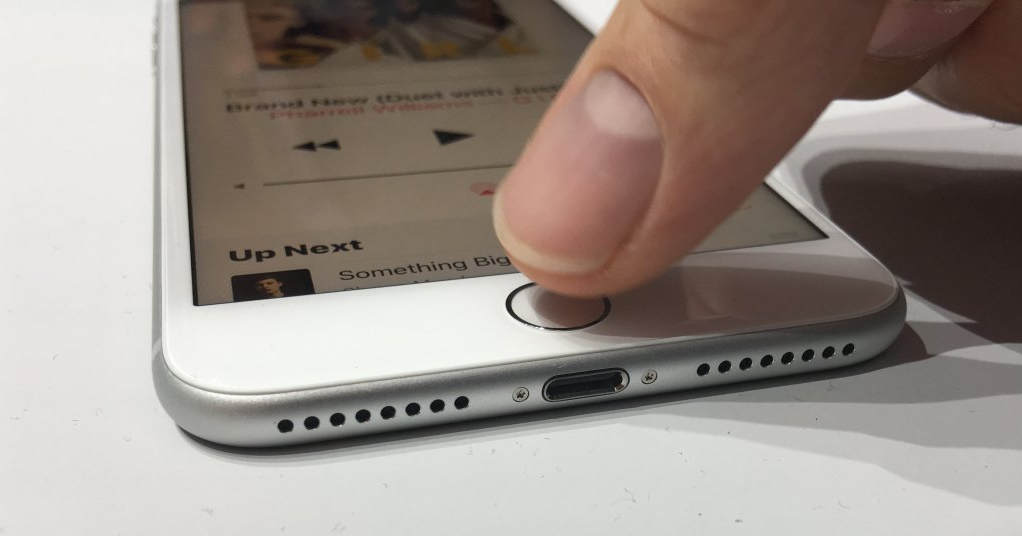 The home button is now pressure sensitive. That means it doesn’t physically press in. Instead, the phone vibrates when you press down. Oh yeah… and there’s no headphone jack! You’ll have to use special headphones that plug into the Lightning port, wireless headphones, or an adaptor included with the iPhone 7 that works with regular headphones. 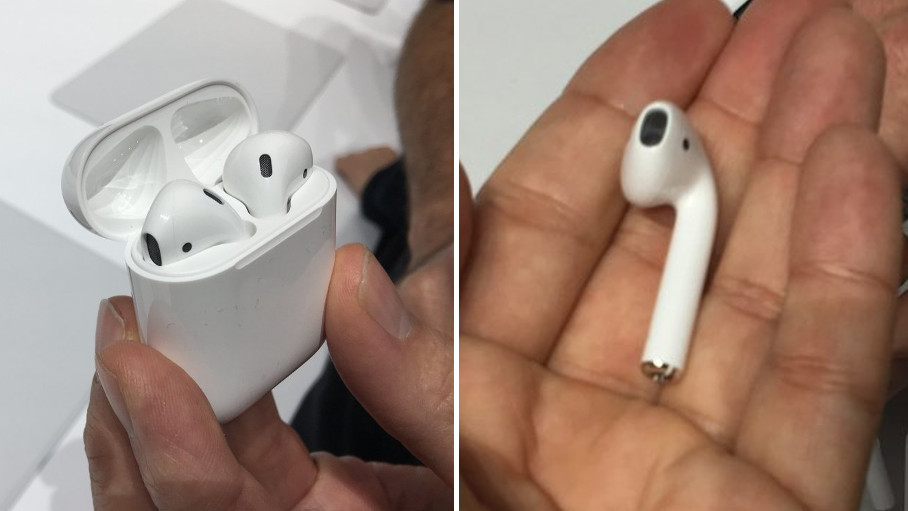 These are AirPods, the new wireless headphones that go on sale separately for $299 in October. They look just like the wired EarPods, just without the cable on the end. They’re actually really tiny — it’s easy to see how people will lose them.

In addition to transmitting audio to the ear, the AirPods also have a microphone so you can make phone calls. They pair to your iPhone when you flip open the case. We can attest that the process is way easier than pairing by poking through your settings menu. You charge the the AirPods by placing them in their case and plugging in a Lightning cable.

Overall, the new iPhones aren’t a big change over last year’s models. We’ll be back with a proper review soon. Watch this space!