The 1900s-era origins of the battle for net neutrality, drone footage of Norway’s midnight sun set against it’s beautiful mountains and Walt Whitman’s suggestions for “manly health and training” in this week’s Thinking Cap.

In 1858, serialised in the New York Atlas newspaper, Walt Whitman published a serial column called “Manly Health and Training”, where he described the best practices for men to live strong, happy and healthy lives. Across all of the columns, the whole thing ran to about 50,000 words (which we certainly won’t include here), but Michael Light, writing for Lucky Peach, tells us the story of Zachary Turpin, a PhD candidate at the University of Houston, who recently reassembled the entire document, not to mention Light’s own experiment where he tested the diet and exercise program out for himself — and his results.

Light even explains what his doctor and some other nutritional experts said when he approached them with Whitman’s diet and exercise regimen — but among some of the highlights of the plan are:

Paraphrasing Mr Whitman, here are the basic tenets of the plan:

Upon waking, a healthy man takes a brief, cold shower and dries off with a coarse towel before embarking on a half-hour-to-hour-long walk, during which he carries progressively heavier and heavier weight. Dumbbell work and gymnastic movements are also recommended.

After breakfast, unless a man has a job he has to attend to, he should exercise some more. Boxing a heavy bag or sparring with another man is a good way to spend a few late-morning hours. So is rowing. A man whose occupation is rowing has been given a tremendous gift, Whitman says.

After lunch and a brief rest for digestion, still more exercise should be undertaken. Weight training, plyometrics or another walk are a good bet here.

The moral of the story here isn’t that this is a viable plan for you to follow — it most certainly is not, by any means — it’s that even back in Whitman’s time, which wasn’t that long ago, there were plenty of fad and odd, awkward fitness and diet trends designed to cater to people’s perspectives on manliness or femininity, backed by people whose opinions are otherwise interesting and respected, which make just enough sense to maybe make some difference, but not enough sense to be completely sound science or to guarantee a result. Sounds a lot like today.

To read more about the diet, and about Light’s personal experiment, head over to Lucky Peach. [via Lucky Peach]

Every 100m Olympic Dash Winner, Raced Against Each Other 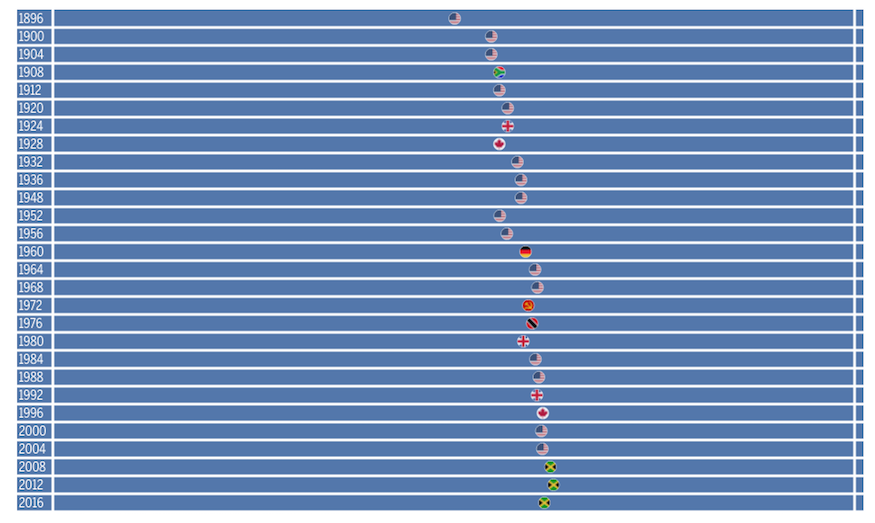 German newspaper Tages-Anzeiger put together a neat little interactive animation that shows every 100m winner in the Olympics since 1896, all in one hypothetical race. Press start, and watch the racers fly. From BoingBoing, who clued us into the whole affair:

Since 1896, the 100m dash remains the best thing at Olympic track & field apart from the weapons-throwing events. Usain Bolt dominates now, but would he have dominated then? Yes, of course he would have: by several seconds! (Not included: Ben Johnson’s steroid-fuelled 9.79s win at the ’88 Games, for which he was disqualified. Bolt beat it in 2008 and 2012’s race, and other athletes have outside the Olympics)

The whole thing is fun, especially when the race is over and you can compare times in history. Sadly it’s not embeddable, but head over to Tages-Anzeiger to try it out yourself. [via Tages-Anzeiger, thanks Boing Boing!]

The Virgin and Child with Saint Anne is one of Leonardo da Vinci’s greatest, most beautiful works, and it’s been under restoration for the past three years to try and remove and repair some of the damage that’s been done to it over the centuries — sometimes from well-meaning people who wanted to help preserve it, and other times people wanting to improve or repair it themselves. The video above is a short documentary about the three-year-long process, and all the work it’s entailed, not to mention the level of effort the process demanded. [via YouTube, thanks Kottke!]

The “Hush-a-Phone”, and the Beginnings of the Battle Over Net Neutrality 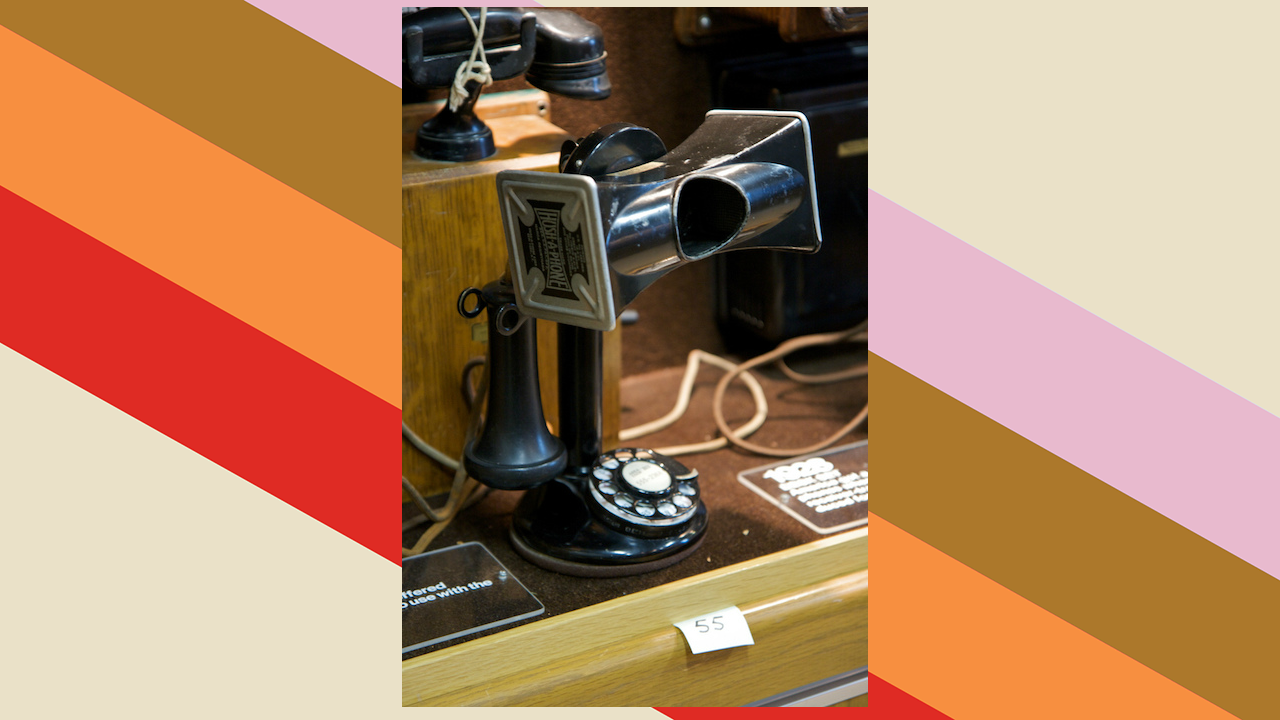 Atlas Obscura has a wonderful piece that explains how the battle over net neutrality and data privacy really started waaaay back in the early 1900s, where people using early telephones were concerned with eavesdropping, and the potential for people to listen in to their conversations when then-massive telephones kept them chained to their desks, often out in the open. So the “hush-a-phone” was invented, essentially a large metal baffle that went over the phone that let the person on the other end of the phone hear you, but silenced the sound to others in the room.

Sounds like a fun little phone attachment, right? Nothing big by today’s standards, when you can buy all sorts of phones and attachments for those phones. Well, AT&T had other ideas, and basically wanted to make sure that — through heavy handed regulation thanks to massive lobbying and other lawmaking — they had the market on telephone technology, this huge emerging industry, locked down.

The whole affair is actually an interesting and informative story about how a massive, wealthy company backed by wealthy people pushed around a little guy, and while the little guy eventually won, well, it wasn’t much of a victory to say the least. Head over to Atlas Obscura and read the whole story – it’s a fascinating bit of telecom and engineering history you likely never learned. [via Atlas Obscura]

Odds are you’re already familiar with the fact that up by the Arctic Circle (and the Antarctic, not that anyone lives there,) the summer nights are sunlit — meaning that thanks to the tilt of the earth to the sun, the sun never really sets, and even at midnight it skirts along the horizon, never fully disappearing, and day never totally ends. It’s a beautiful quirk of planetary science that I love quite deeply, and this short video, shot from a drone, captures Norway’s midnight sun over beautiful mist-draped mountains. [via Vimeo, thanks Boing Boing!]