These Are The Companies That Send Out The Most Email Spam 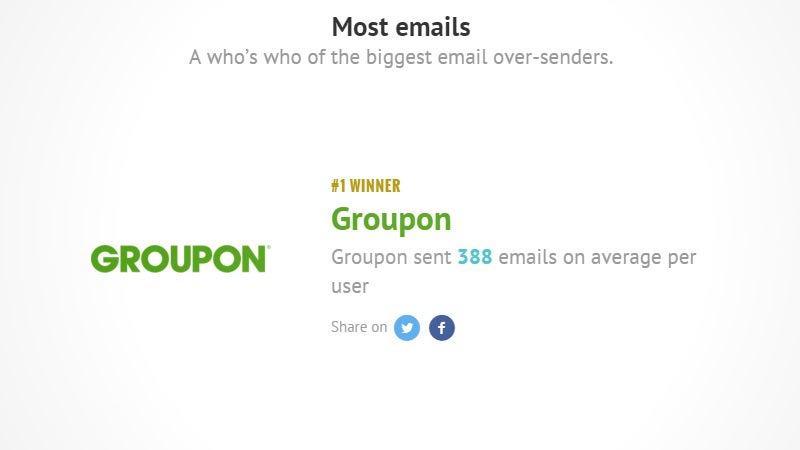 It’s almost impossible to completely block out email spam. That said, if you know who the biggest culprits are, you know a good place to start. Here are the companies that sent out the most spam emails last year.

According to Unroll.Me, one of our longtime favourite ways to de-spam your inbox, there are some companies out there that send a lot more spam emails than anyone else.

Based on their data, here are the top five spammers with a presence in Australia you should look out for:

Some of that spam, like Facebook’s emails, can be easily disabled with a few settings changes. And some of it, like Groupon emails, may be welcomed by some folks.

That being said, there are some serious offenders on the full list that you should probably consider blocking out — especially certain clothing retailers which were shown to flood people’s inboxes with over 130 emails on average per user. You can see the full list, as well as the companies with the highest unsubscribe rates, at the link below.

Welcome to the Unroll.Me Spammy Awards for 2016 [Unroll.Me via Business Insider]