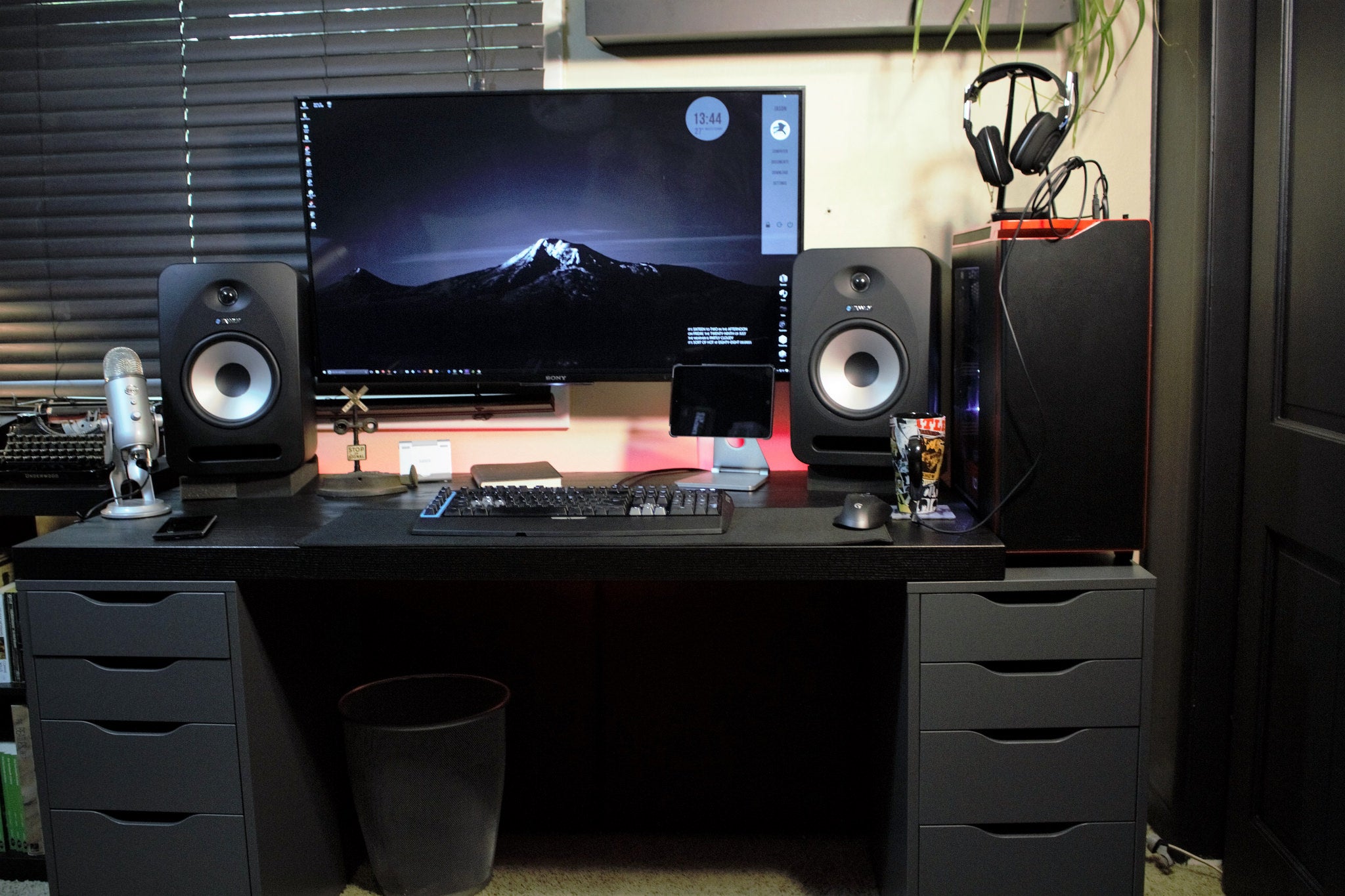 Jason shared this bang-for-your-buck workspace with us Lifehacker Australia, complete with a sharp-looking IKEA desk and a good bit of gear in a compact but cosy working and gaming space. Here are some more photos of his setup.

Jason has a whole video tour that we’ll embed below here that walks you through not just his actual workspace and desk setup, but the process of putting it all together and the other stuff you see in the periphery of his shots, like the keyboard, his figures and desk toys, and the specific makes and models of his peripherals and other desk equipment.

For those who can’t watch the video, he does note this over on Flickr:

So he’s rocking a TV as his primary display, which is pretty neat. That PC is watercooled too, as you can see in the photo below: 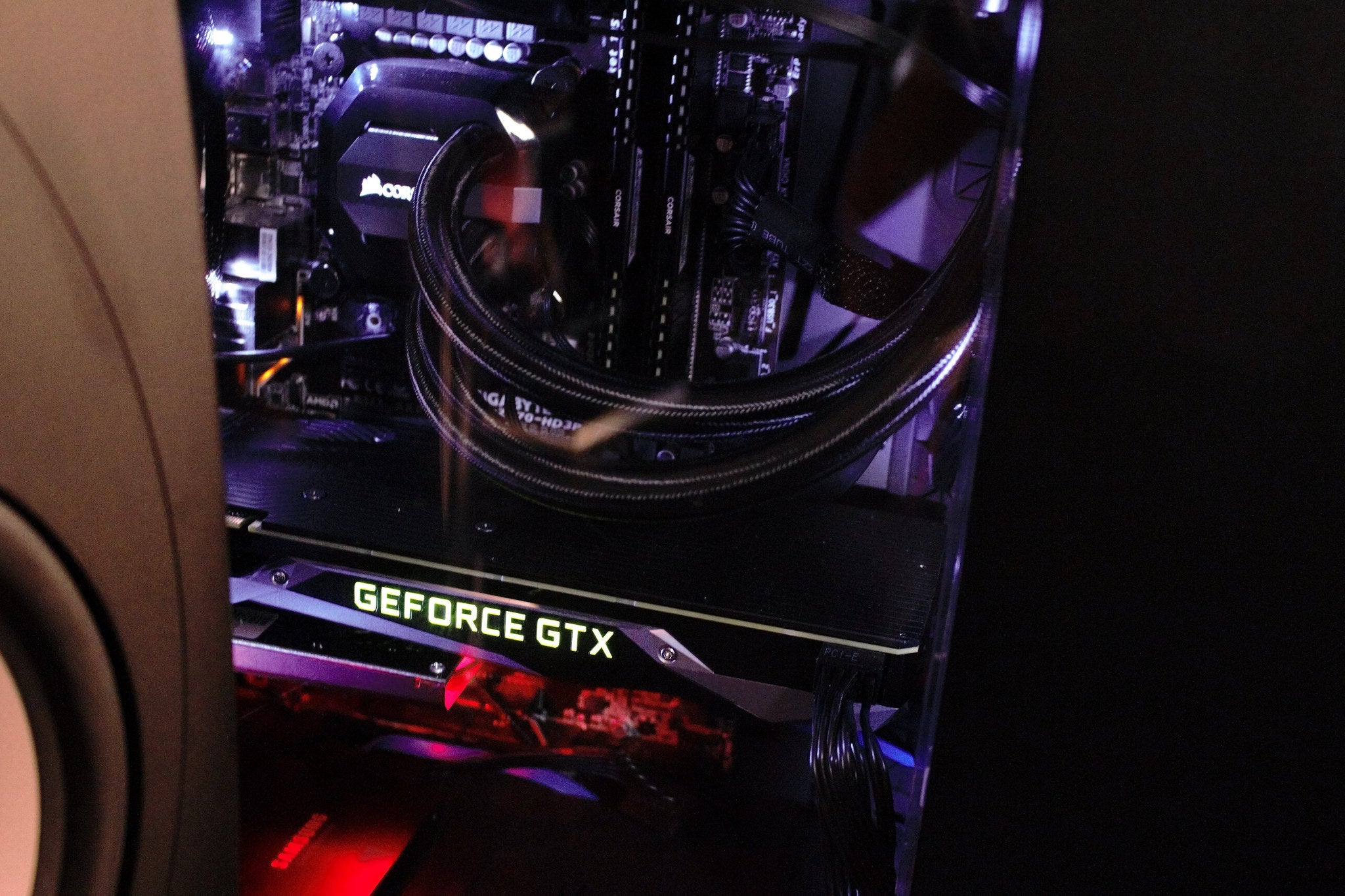 He also has some pretty slick under-desk lighting set up, which is something we’re seeing more and more of in some of the submitted desktops we’ve noticed — a lot of people are bias lighting and then offset lighting their displays and the undersides of their desks, which makes sense considering the cable management is so good: 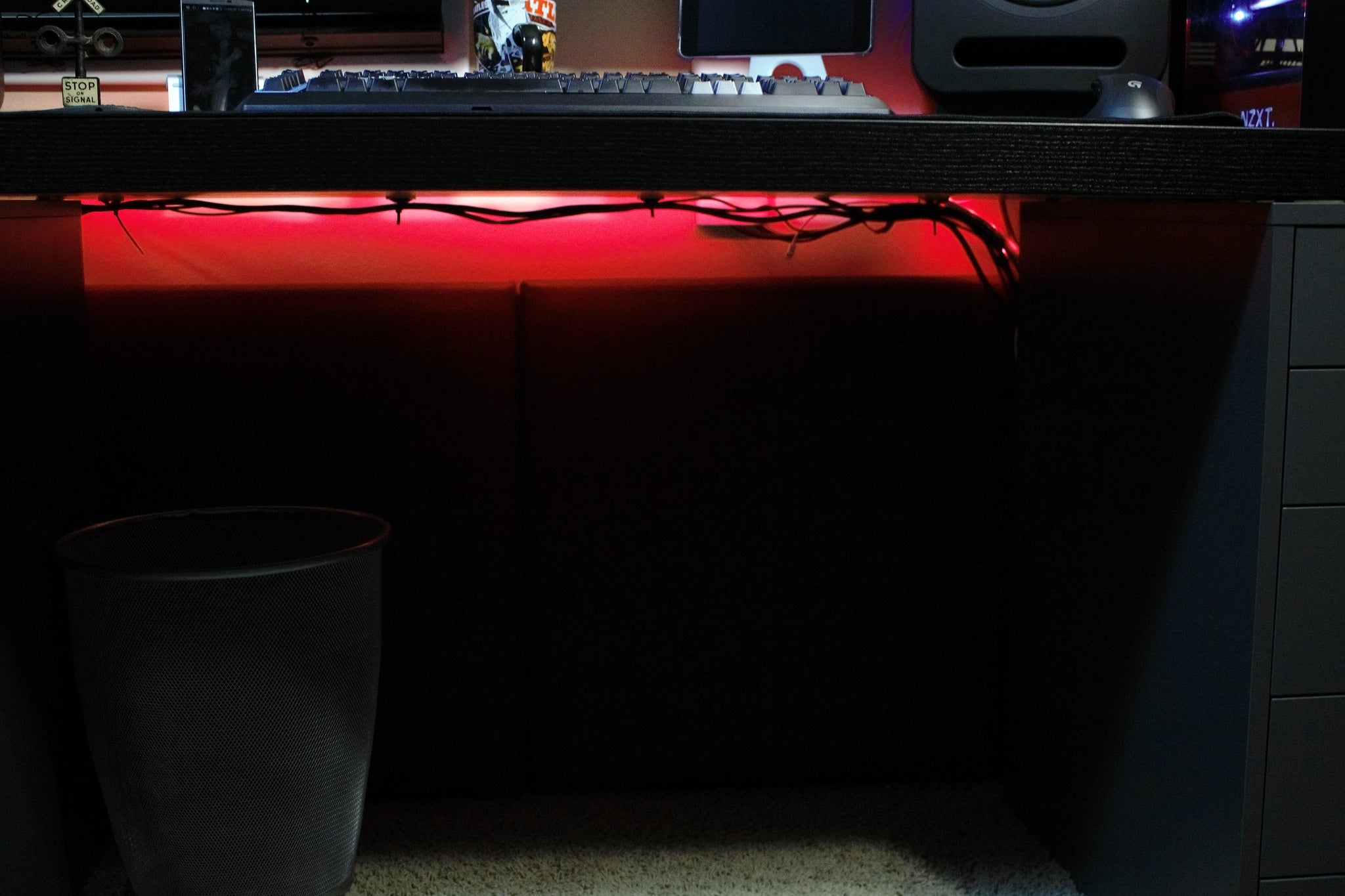 All in all, it looks great and gets a lot of great gear into a small working space, which, while a little cramped, fits Jason’s style perfectly. If you like what you see, head over to the Flickr link below and let him know you like his setup!