The All Batman, All Organised Workspace 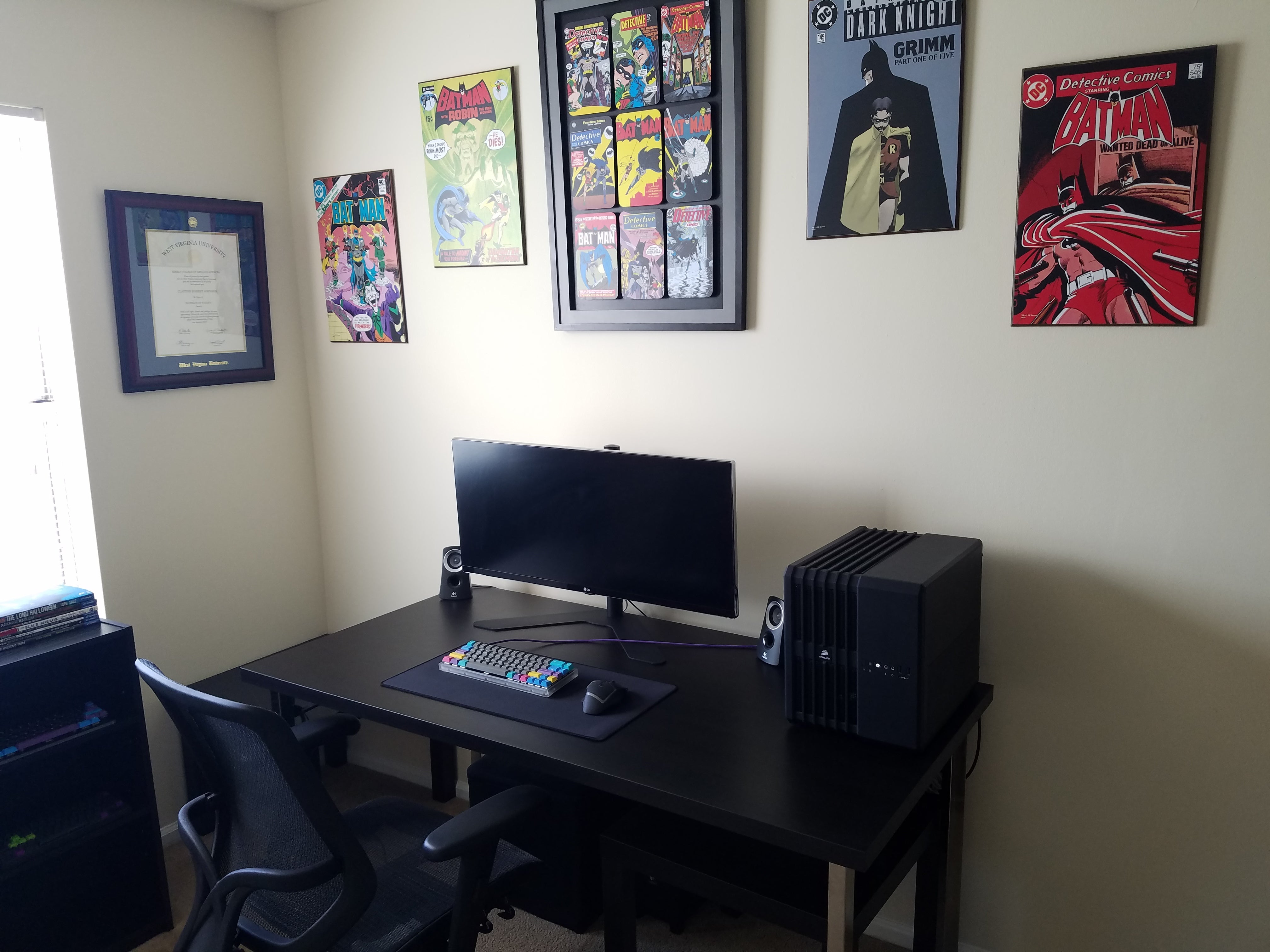 We've been on a kick highlighting simple, clean workspaces these past few weeks, and this one is no exception. Sure, there's room to spread out and work, but the actual computer setup itself is nice, minimal, and pays tribute to one of our favourite franchises. Just check out the posters — and these additional photos.

Redditor crj3012 submitted this to the Battlestations subreddit, but it's the gear here that we really dig. He's a bit of a collector of mechanical keyboards (as you'll see in a photo later on here), which is already worth plenty of bonus points in our book (and he gives all the right shoutouts to the Mechanical Keyboards subreddit, and he's a vendor on the MechMarket subreddit) but those framed and hung collections of classic Batman comic book cover art really seal the deal. Here's another shot of the workspace that highlights those posters: 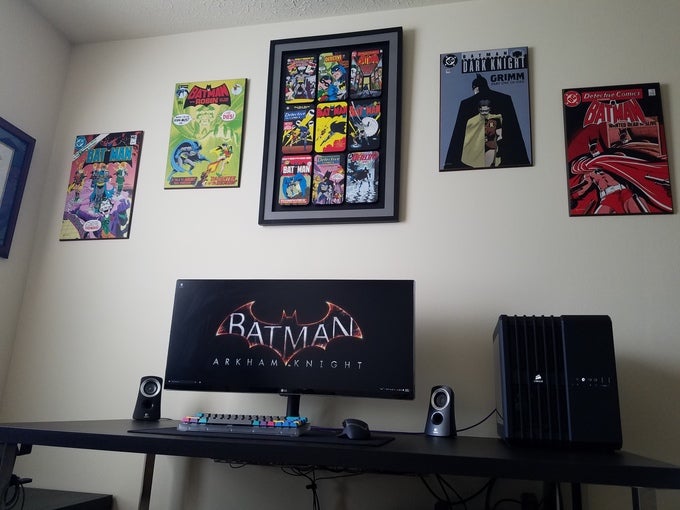 But since we're here for the gear, here's a shot of the desktop itself, complete with the case, green backlighting, and the keyboard crj3012 uses as a daily driver: 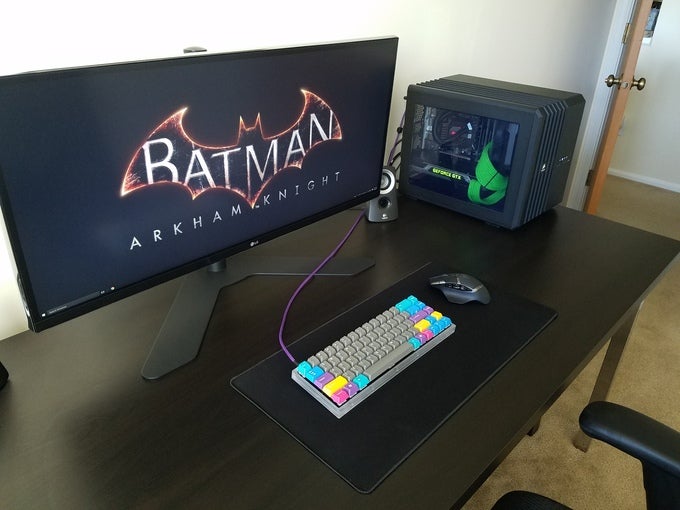 He doesn't specifically run down the gear over in the reddit thread, but does note that the case is a Corsair Carbide Air 240, and some of the other photos at the link below give away some of the other specs. As for those keyboards though, check this shot out: 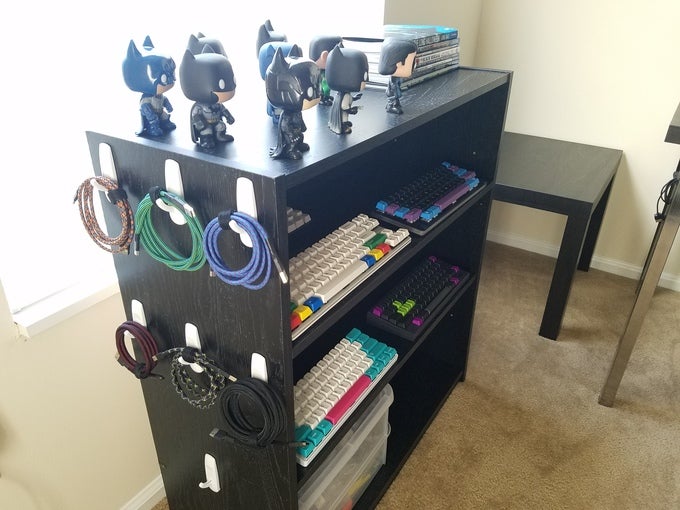 I'm a keyboard enthusiast. Each has a different layout and switch, so they all feel different. Typically cycle through them as I get board. I also bring one to work.

I feel the same way about the comics. Not sure what their final location is going to be.

Anyway, creative use of the Command hooks for cable storage and a bookshelf dedicated to the mechs is a nice touch, as are the other touches in his office like the growler bottle and framed craft beer label collections and all the batman Vinyl Pops on top of the bookcase. Hit the link below to check out the full gallery, and to head over to the reddit thread where it all started.