Pokemon GO Gets Battery-Saver Back On iPhone, Lets You Change Your Nickname 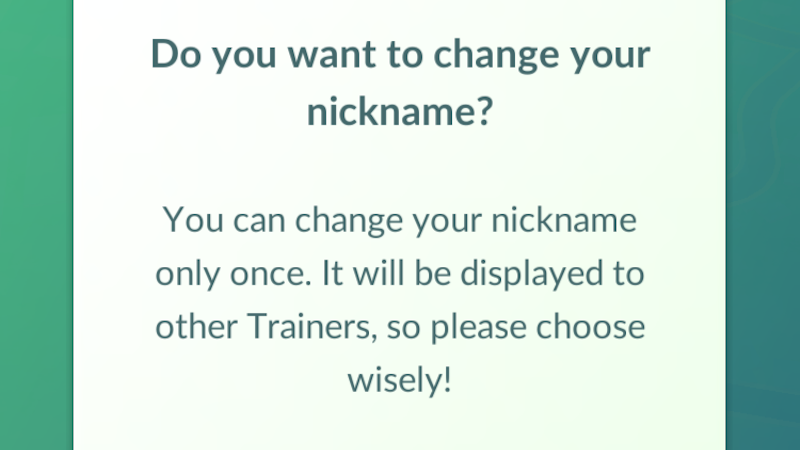 It’s no secret that Pokemon GO destroys your battery, so it was weird when developer Niantic pulled the battery-saving feature from the iOS version last week. Thankfully, it’s back now alongside the ability to change your nickname. There’s also a new nearby feature that’s being tested out for a small subset of users.

The big news here is the return of the battery-saving feature on iPhone. To use it you’ll need to enable it by tapping the Pokeball > Settings > Battery Saver. Then, flip you phone upside-down when you’re playing. This causes the screen to dim and when you walk around your phone will buzz when you’re around a Pokemon. The update also includes an experimental feature that shows you which Pokestop to go to if you’re looking for a specific Pokemon, though it seems to be rolling out for just a small subset of users.

Finally, the update also allows you to change your name once (and only once), so if you’re bummed out that you named yourself “This Is Dumb Why Am I Playing This” three weeks ago, you can finally change it (this is the case in the Android app too). To do so, tap the Pokeball > Settings > Change Nickname.