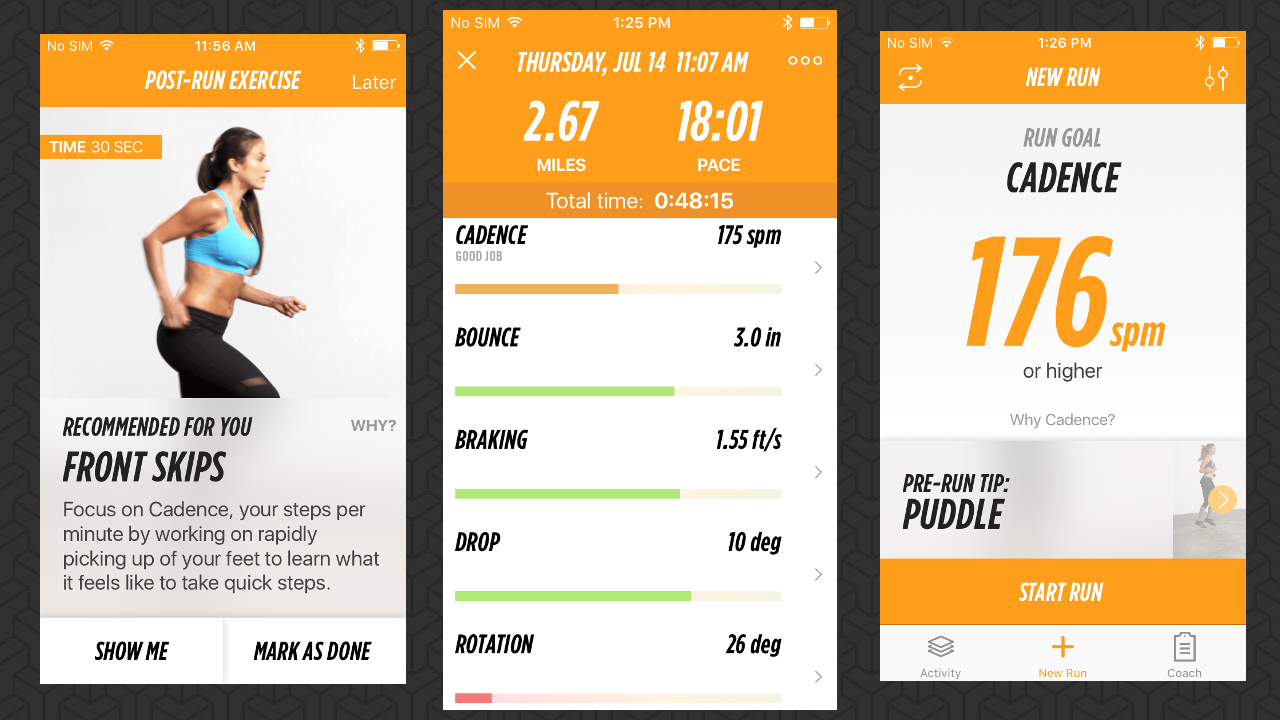 Just like weightlifting, running works best when you move your body in the proper form. You can learn this form with practice exercises, but it’s not always easy to tell if you’re doing it right on the run. Lumo Run is a clip-on sensor that can tell you.

When you clip the Bluetooth-enabled sensor onto the back of your pants, and pair it to your phone, the first thing you’ll have to do is run for 10 minutes so the app can collect data. Then, it tells you how you’re doing on five metrics: Cadence (how many steps you take per minute), bounce (how far your hips move up and down), braking (how much you slow down each time your foot hits the ground) and your pelvis’s tilt and rotation.

I tried it, and the app said the best point for me to focus on is cadence. I wasn’t quite hitting the recommended 180 steps, so it told me to try for 176 steps next time. Once I achieved that, it would bump up its recommendation.

The next time I went for a run, the app gave me a quick exercise to do first: Thirty seconds of fast stepping. The best part, though, is the feedback during your run. Lumo’s app can measure your distance and pace, like every other running app, but it also reminds you about your form as you go. Every mile, it told me whether or not I was hitting the recommended 176 steps, and offered helpful tips like to imagine I’m running through a puddle and trying not to splash. Cheesy or not, it worked: By the end of the run, I was hitting my goal.

The Lumo Run costs $US99 ($130) as the clip-on version, or $US199 ($262) built into a pair of shorts or capris. (The sensor is machine washable.) However, shipping to Australia is an extra $97.25 ($128). It’s probably overkill for the casual runner, but if you’re serious enough about your form that you’d consider paying a coach, the Lumo Run might be a tool that is worth it.