Lumen Automatically Adjusts Your Mac’s Brightness Based On Screen Contents 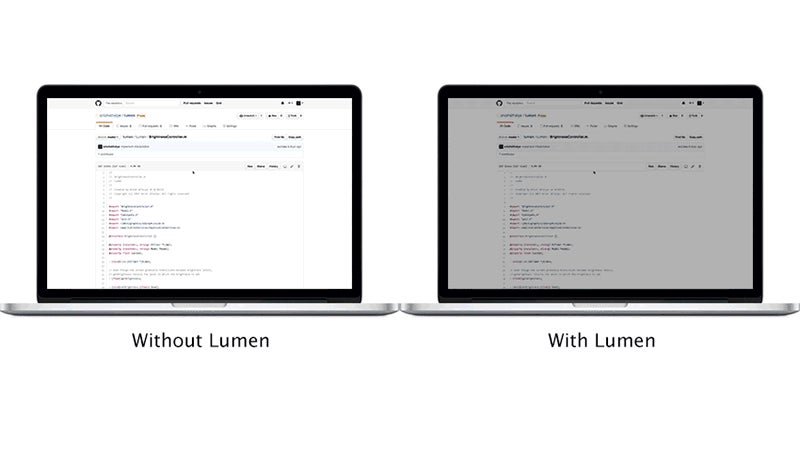 Mac: An app like F.lux is great for adjusting your screen’s temperature, but not everyone wants to stare at an orange screen just to make it more readable. Lumen’s a tool that automatically adjusts the brightness without fudging around with the temperature.

A lot of Mac’s will automatically adjust brightness based on the brightness it detects in a room, but Lumen does it based on the brightness it detects on the screen. So, if you’re looking at a dark window of an app, it will automatically brighten. If it’s all white, it will darken. It ends up being most useful if you tend to use dark modes in apps or you’re in the Terminal window a lot, but it’s a handy tool for anyone who’s not a fan of how F.lux works but doesn’t want to be blinded.