iPhone Notes App Vesper Is Shutting Down, Here’s How To Save Your Data 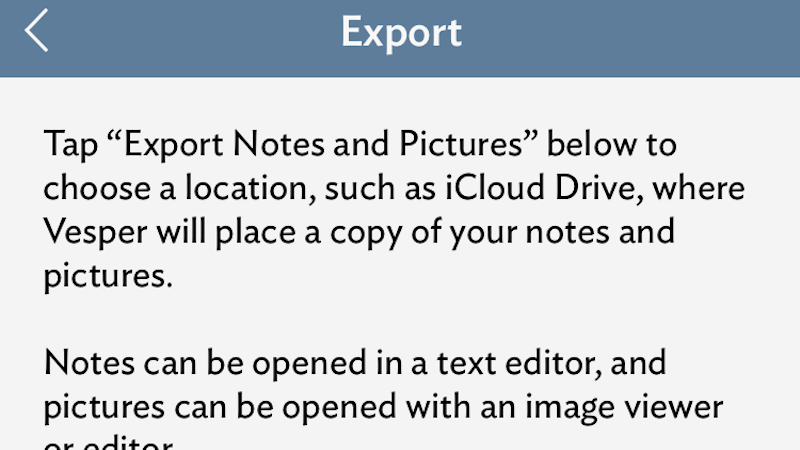 iOS: Vesper was released in 2013, and its claim to fame was that the development team included Apple pundit John Gruber and developer Brent Simmons. While it didn’t offer anything new, it was a solid notes app that a lot of people loved. Now it’s shutting down, and with that news comes a new export feature.

Like most notes apps, Vesper had a syncing function so you could sync you notes across devices. That syncing service will shut down on August 30 and all data will be destroyed. The app itself will be removed from the App Store on September 15. If you’ve already downloaded the app, you can technically continue to use it, though it will not sync and there’s no guarantee it will work on future versions of iOS.

Thankfully, the Vesper app was just updated with a new export function that dumps all your notes as TXT files: