How To Make A Joystick-Controlled Laser With An Arduino 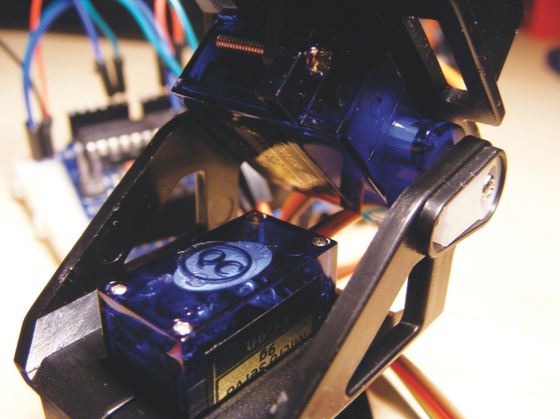 In this project, we create a joystick-controlled laser by connecting two servos to a joystick and using this setup as a pan-and-tilt controller for a laser pointer.

The following is excerpted from the book Arduino Project Handbook: 25 Practical Projects to Get You Started, a beginner-friendly collection of electronics projects using the low-cost Arduino board. Arduino is also called Genuino outside the US. 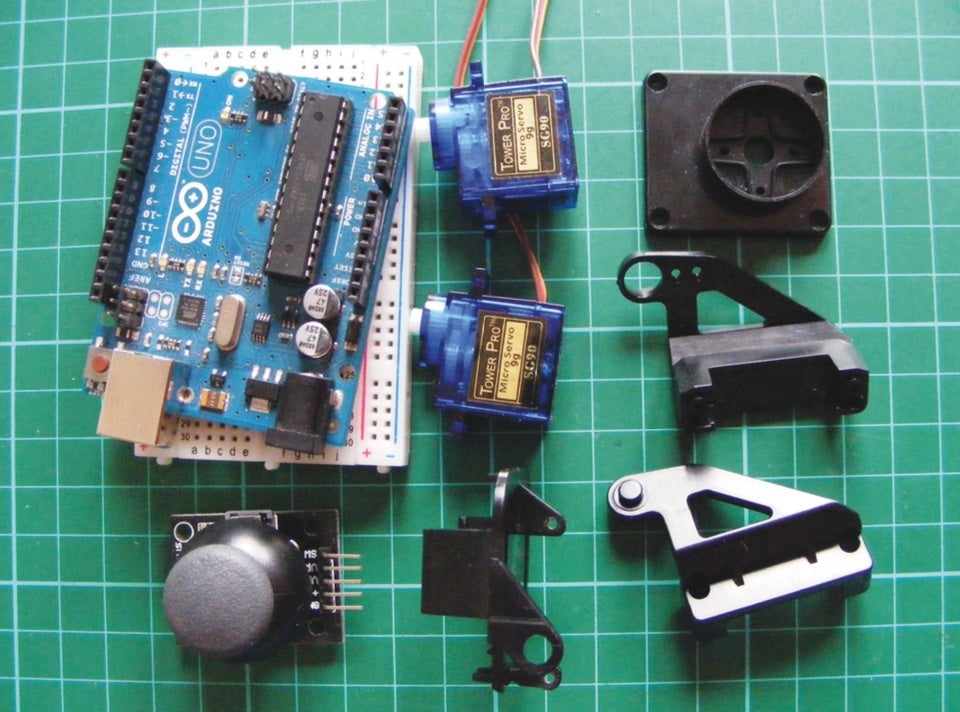 Here’s what you’ll need to complete this project:

Servos are small motors that can precisely angle their arms to positions between 0 and 180 degrees. In this project we’ll place the servos into a tilt-and-pan mount. 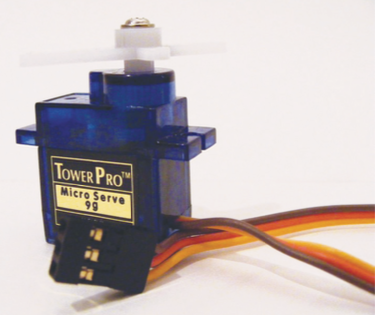 The tilt-and-pan mount is a worthy investment, as it makes it much easier to attach the laser to the servo. Here we’re controlling a laser, but you could easily replace the laser with a webcam or another small device. We use two servos: One for left and right movement, and the other for up and down movement. As you might remember, servomotors have three wires, shown in Figure 10-1: Positive power (red), negative power or ground (black or brown) and signal (typically yellow, orange or white).

Before we begin building, you need to know a little about how a joystick works. The joystick shown in Figure 10-2 is basically two potentiometers and a button that allow us to measure the movement of the stick in two dimensions. 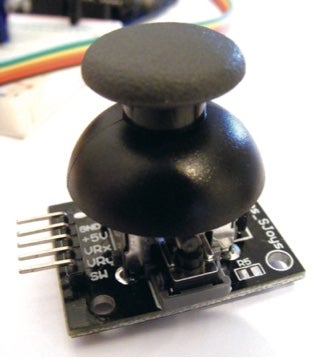 Figure 10-2: This joystick has two potentiometers and a button for measuring movement.

Potentiometers are variable resistors and act as sensors that provide us with a voltage that varies depending on the rotation of the device around its shaft. So as you move the joystick around its center, its resistance — and therefore its output — varies. The outputs from the potentiometers are analogue, so they can have a value only between 0 and 1023 when read by the analogue pin of the Arduino. This number sends a pulse to the Arduino, which in turn tells the servos how far to move.

A joystick typically has have pins: VRx (the x-axis signal), VRy (the y-axis signal), SW (a pushbutton we won’t be using in this project), and GND and +5V for power.

1. Connect both servos’ red wires to the + 5V rail, and their brown wires to GND on the breadboard.

4. Connect the breadboard rails to Arduino GND and +5V, and then check that your setup matches that of Figure 10-3. 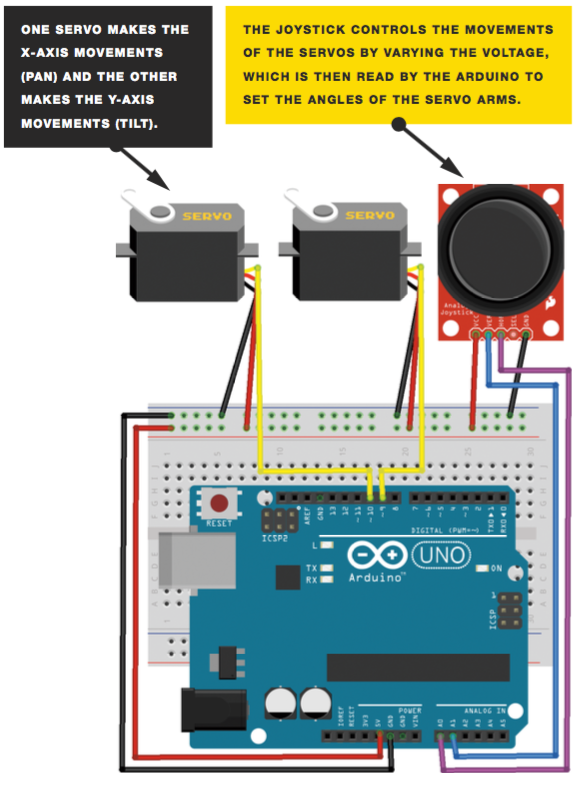 Figure 10-3: The circuit diagram for the joystick-controlled laser. Note that the joystick in this diagram is a different brand than the one used in the project, but the connections are the same, so the instructions in the project will work fine.

For this project, I’ve attached the servos to a pan-and-tilt housing module; you should be able to find this housing or a similar one for a relatively reasonable price on eBay by searching for “Arduino pan-and-tilt servo kit”. You may have to assemble it yourself, but this is simple to do with the included instructions.

Attach a laser diode to the top of the module; I recommend using a glue gun for a permanent fixture, but you can use tape if you want something more temporary. Now you can control the laser using the joystick. The servos will clip into the tilt-and-pan module as shown in Figure 10-4.

Figure 10-4: Clipping the servos into the pan-and-tilt module. 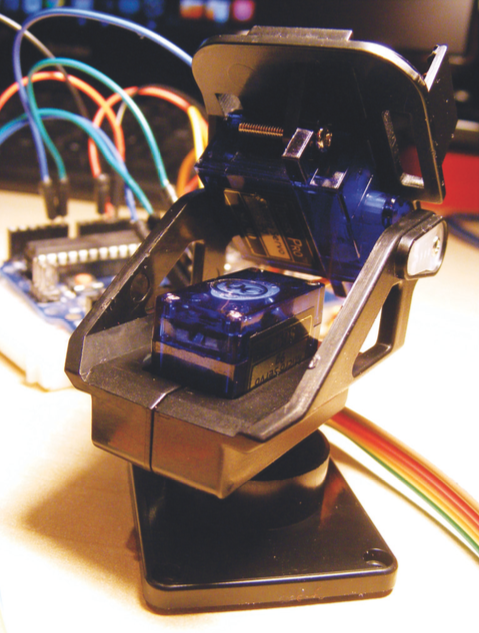 // Used with kind permission from http://learn.explorelabs.com/

tilt.attach(9); // Attach tilt servo on pin 9 to the servo object

From the book, Arduino Project Handbook: 25 Practical Projects to Get You Started. Reprinted with permission from No Starch Press.