How To Fix No Man’s Sky On PC

No Man’s Sky is a new space-exploration video game for PlayStation 4 and PC that boasts an astonishing 18 quintillion proceduraly-generated planets to travel around in. (That’s 18,000,000,000,000,000,000, numeral fans.) It would take a player approximately five billion Earth years just to set foot on every planet in the game — and that’s if they only spent a single second on each world. It also has goddamn dinosaurs.

Unfortunately, the game isn’t much cop on PC due to frequent graphical glitches and unreliable frame rates. Players have been up in arms over constant stuttering and crashing. If you purchased the game for PC and are experiencing these issues, there are a few tweaks you can employ to make your intergalactic travels a bit less bumpy. Here’s what you need to know.

No Man’s Sky is the sort of game that appeals to almost everybody. Who doesn’t want to step inside a space shuttle and explore the far reaches of the universe where endless alien vistas and bizarre fauna await your discovery? Consequently, there are plenty of so-called “casual gamers” who eagerly purchased No Man’s Sky and are now struggling to make it work on their system.

Most of these people have never heard of Vsync or anti-aliasing and therefore don’t know where to start in the game’s settings. This guide is chiefly aimed at them — although experienced PC gamers might find some valuable tips too.

First up, you obviously need to make sure your PC meets the minimum system requirements. Despite its astonishing scope, No Man’s Sky actually isn’t that taxing. If you have an Intel Core i3 CPU, 8GB of RAM, Windows 7 or above and either an nVidia GTX 480 or AMD Radeon 7870 graphics card, you should be fine. If you’re running older hardware than this you might want to think about an upgrade. Naturally, if it’s been a while since you last updated your graphics drivers, you should probably do that too. Just look for the relevant model on the manufacturer’s website and follow the prompts. Nvidia has also announced it will be releasing new drivers specifically to address issues with this game. 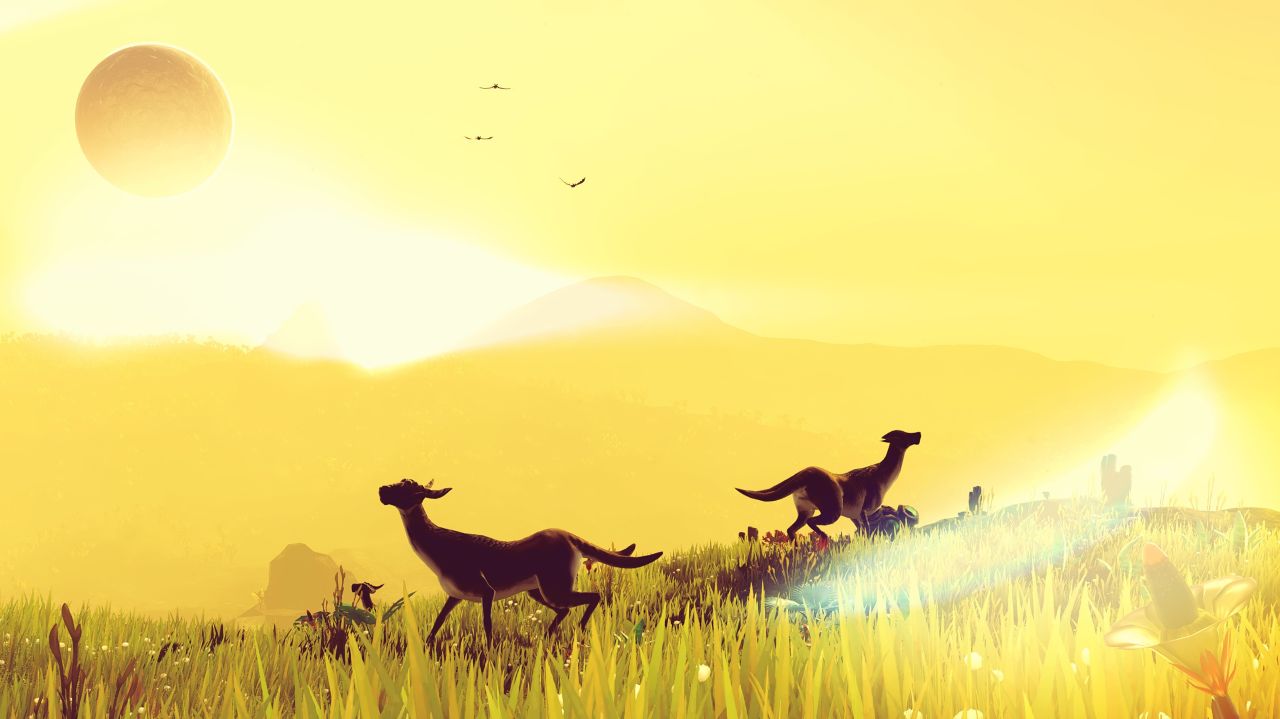 G-Sync is a software tool developed by Nvidia to eliminate screen tearing. Oddly, this proprietary and exclusionary technology is switched on by default in No Man’s Sky; even if your monitor doesn’t support it. This can lead to severe stuttering issues when playing the game.

Unfortunately, G-Sync isn’t something you can disable from the front-end. Instead, you need to locate the .MXML file in the game’s directory and change the line property manually. If you bought the game on Steam and followed the default install prompts, go to C:Program Files (x86)SteamsteamappscommonNo Man’s SkyBinariesSETTINGS, then open the file named “TKGRAPHICSSETTINGS.MXML” using notepad or similar. Find (Property name=”GSync” value=”true”) and change the line of text from “true” to “false”. You can find more detailed instructions here. 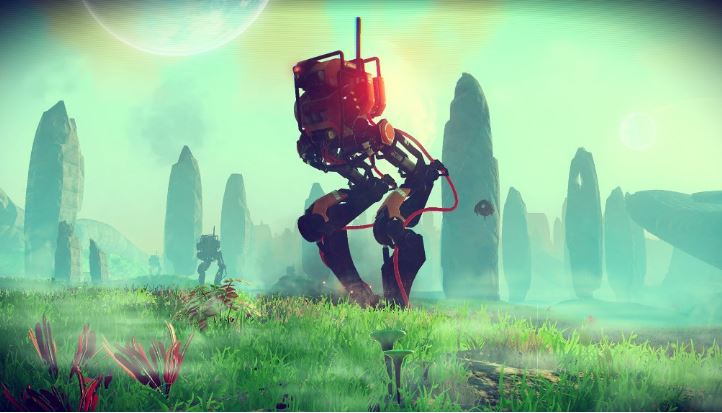 According to the game’s creator, this is the biggest issue reported thus far. Download it here and restart your PC. 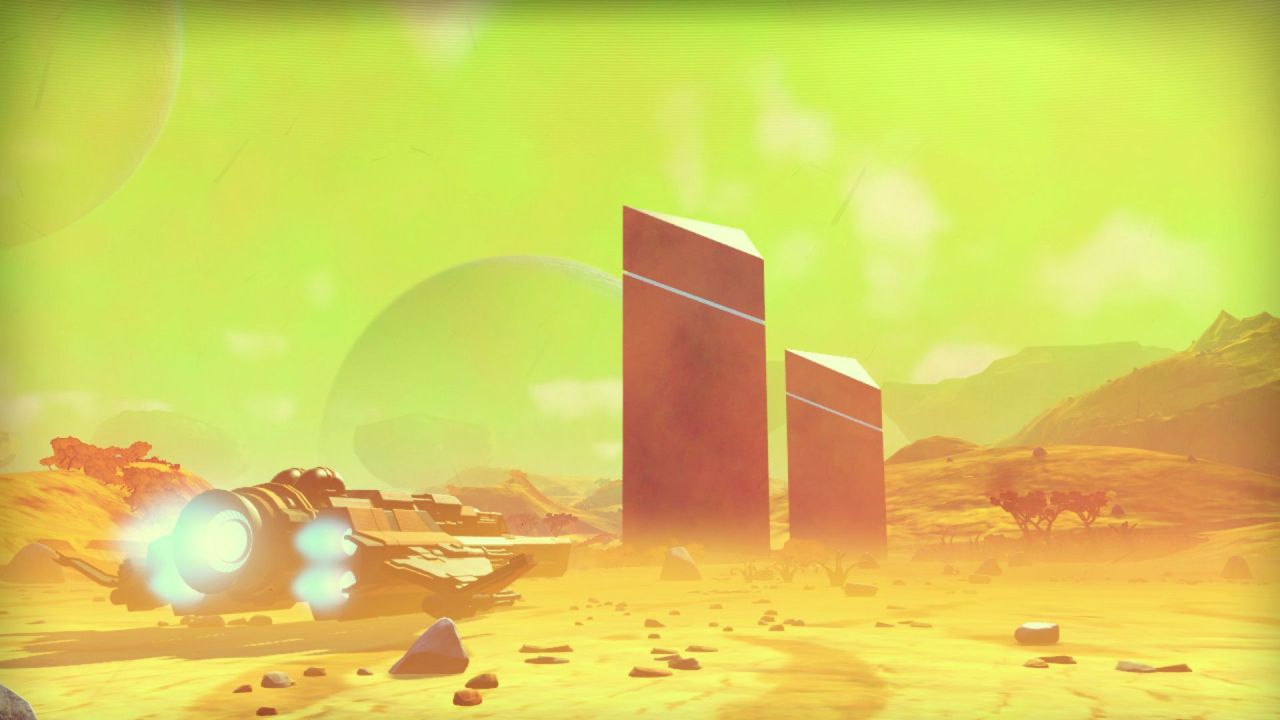 To potentially boost the game’s performance, open Windows Task Manager (Ctrl+Alt+Delete), click on the Details tab and right-hand click on the nms.exe file. Select Priority and change this to “High.”

The default settings on No Man’s Sky are a bit weird. Fullscreen and FXAA are enabled, FPS is capped at 30 and the aforementioned G-Sync is switched on. Playing around with these settings and others could fix a lot of the problems you’re experiencing.

Change Full Screen to Borderless Window mode: This will help things to run more smoothly and also means you can Alt+Tab without crashing the game.

Set Generation Detail to medium: If all else fails, lowering the generation detail to medium should help the game run more smoothly. It won’t look as pretty but it’s better than nothing.

Use the AMD/Nvidia control panels

If you’ve loaded up No Man’s Sky and wondered why everything looked a bit blurry, you’re not the only one. Gamers have noticed that the anti-aliasing doesn’t appear to be doing anything, and unless you’re playing at 4K or higher the game has a bit of a muddy look to it.

Fortunately, there’s an option. For those with Nvidia cards, you can go into the Nvidia Control Panel and manually force settings for individual programs. You can find it in the “Manage 3D Settings” tab, and it looks like this: 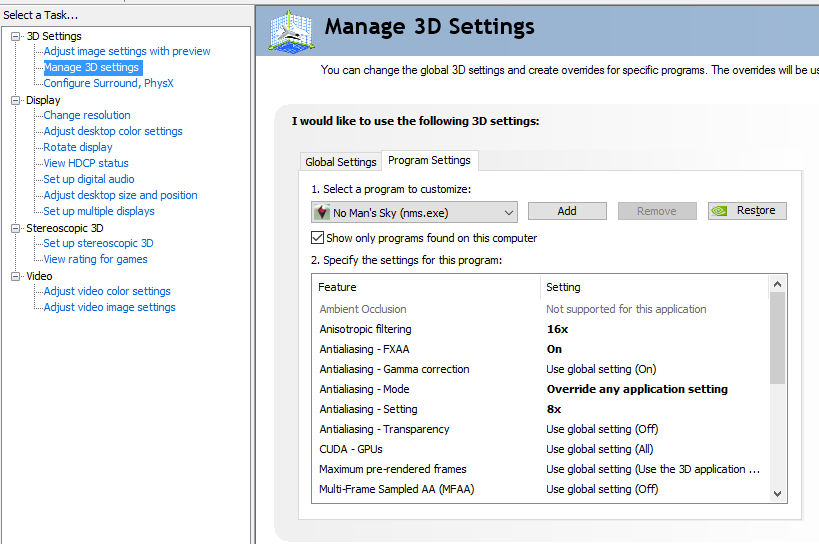 There’s also a setting under “Global Settings” tab called “DSR – Factors”, which will let you render a game at a resolution higher than what your monitor can support. For AMD cards, the setting is called “Virtual Super Resolution”, and can be found under the “Display” tab in the AMD Radeon Settings. 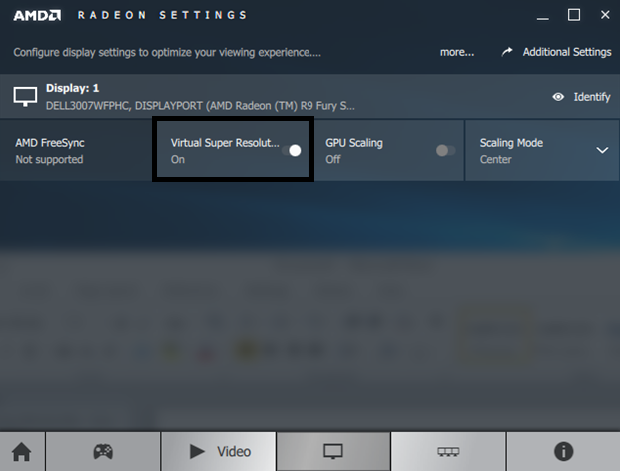 Just keep in mind the extra visuals come at a cost. If you only have a setup capable of playing the game at 1080p or lower resolutions, your frame rate is going to tank into the single digits if you try to play at 4K. You’ll also have to play the game in fullscreen mode, meaning you’ll have to deal on top of all the extra issues that currently brings.

But if you’re rocking a setup that’s not being pushed to the limit, this is the best possible method right now to make No Man’s Sky look just a touch sharper.

Wait for the inevitable update! 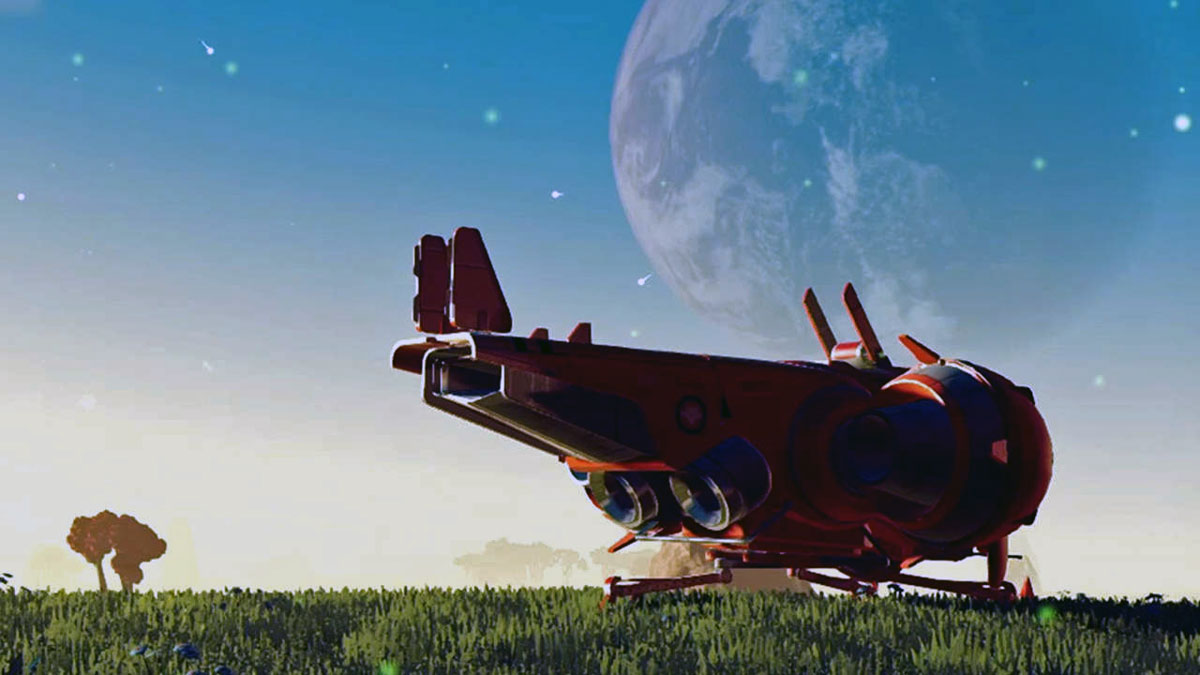 The developers of No Man’s Sky are working to fix many of the game’s technical problems in a future patch. According to the developers, a substantial software update is currently being tested. Watch this space!

You can find plenty more troubleshooting advice over on Steam and the game’s official site. You can also try emailing the official No Man’s Sky support page — although we imagine they must be pretty bogged down at the moment. Good luck!