How To Block Annoying Spam Calls And Texts In Android Nougat 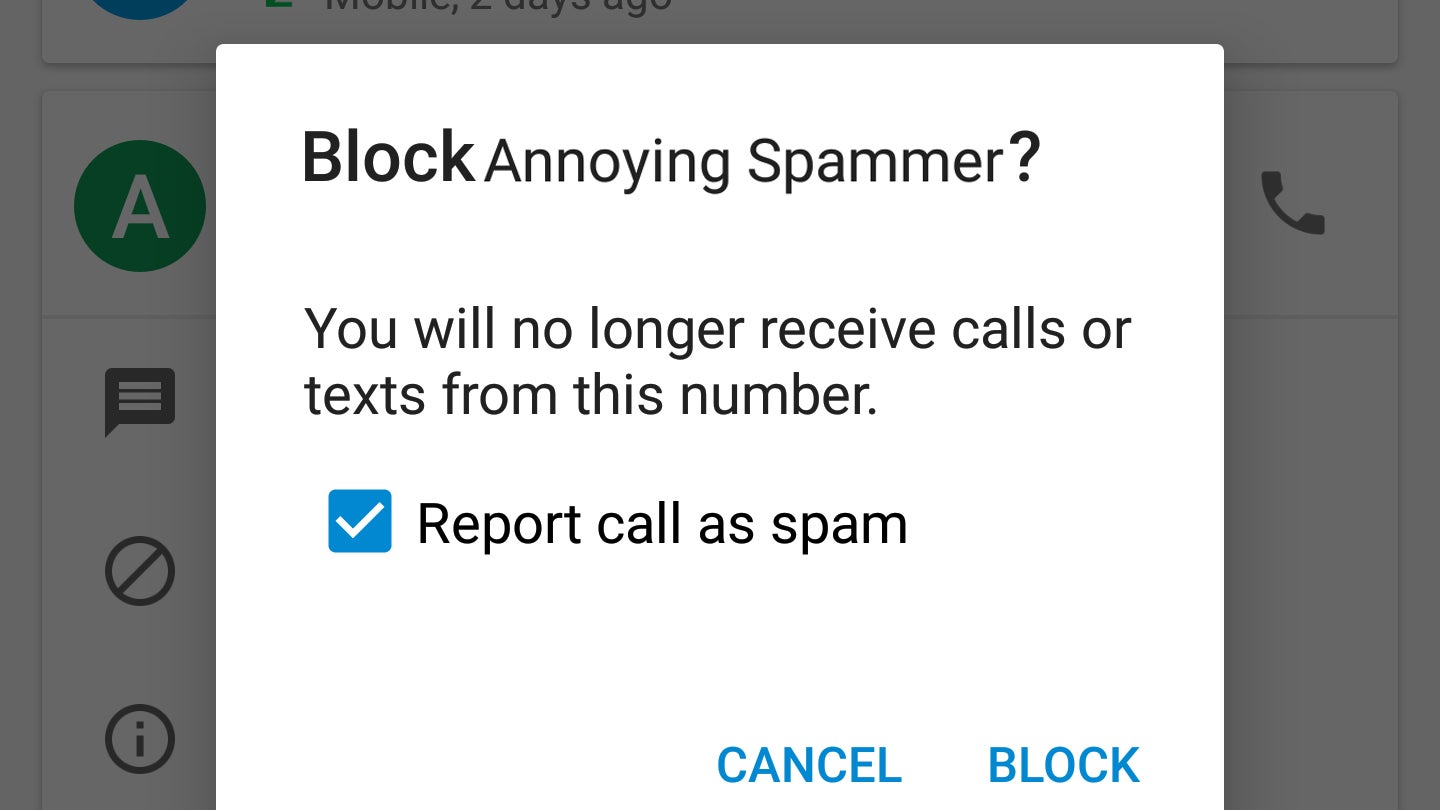 Android Nougat wants to keep you and spammy callers as far away from each other as possible. Now, when you block a number, it’s blocked for all apps on your phone forever. However, it’s a little quirky right now. Here’s how it works.


How to Block Numbers Using the Google Dialer

If you have the Google dialer installed in your phone, it has one of the easiest ways to add a number to you block list. To block a number, follow these steps:

Alternatively, you can tap any number in your recent calls list and select “Block/report spam”. Reporting spam is an optional box that you can disable if you’d rather just block the number. You won’t hear from that number again, regardless of whether you choose to report spam. However, reporting it will send the number to Google and possibly to carriers to help make spam filters better.

How to Block Numbers With Messenger

Google’s default SMS app Messenger — one of the company’s many, many messaging apps — can also add numbers to Nougat’s new master block list. To do so, you have a couple of options:

You can also long-press any contact in your message list and tap the circular “Block” icon at the top right of your screen. Once again, you’ll be asked if you want to report spam along with blocking the number.

How to Change Your Default Apps

If either of the above apps aren’t your default, you might need to change that. Right now, you can only block a number if it’s able to write to Android’s master block list and if that app is set as your default. As of this writing, we know that Google’s Dialer and Messenger apps can do that. However, if they’re not set to your default, the menu options to block numbers will disappear. To change the default back, follow these steps:

By the time most people receive Nougat, this step should become unnecessary. As long as an app supports the ability to write to the block list and it’s set to your default, you should have the option somewhere in your menus. However, if you don’t see it, just change your default to one of these apps.

For now, Nougat’s number blocking is a little more complicated than it needs to be. According to Google’s developer notes, if you want to block a number, you’ll need to do it in either the default phone app, the default SMS app or certain carrier apps. That means each phone and SMS app needs to be updated both to read the new master block list to know which numbers to block, and to be able to write to the list if they’re set as the default.

Nougat will take a while to roll out to most phones and by the time that happens, your favourite phone and SMS apps will probably support this feature. For now, though, you have to jump through a couple of small hoops to make it work. Still, it’s way easier than having to block a number in every app you use.