Business Chart Of The Weekfibreinfographicsnbn

nbn has released its Corporate Plan for 2017-2010. If the government-owned corporation can be believed, the national broadband network is on track to connect 8 million active end users by 2020. But how many of these will be fibre-to-the-premises (FTTP) compared to fibre-to-the-node (FTTN), hybrid fibre co-axial (HFC) and fixed wireless/satellite? This chart breaks down the numbers, along with how much each technology actually costs.

The below chart is nbn’s forecast range by each technology type. As you can see, approximately two to 2.5 million premises will be getting FTTP by 2020. FTTN/B/dp remains the government’s technology of choice, with up to 6.5m expected to receive connections over the same time frame.

nbn also released the estimated cost per premises for the chief technology types. (In regards to FTTP “Greenfields” refer to new estates whereas “Brownfields” are existing suburbs.) 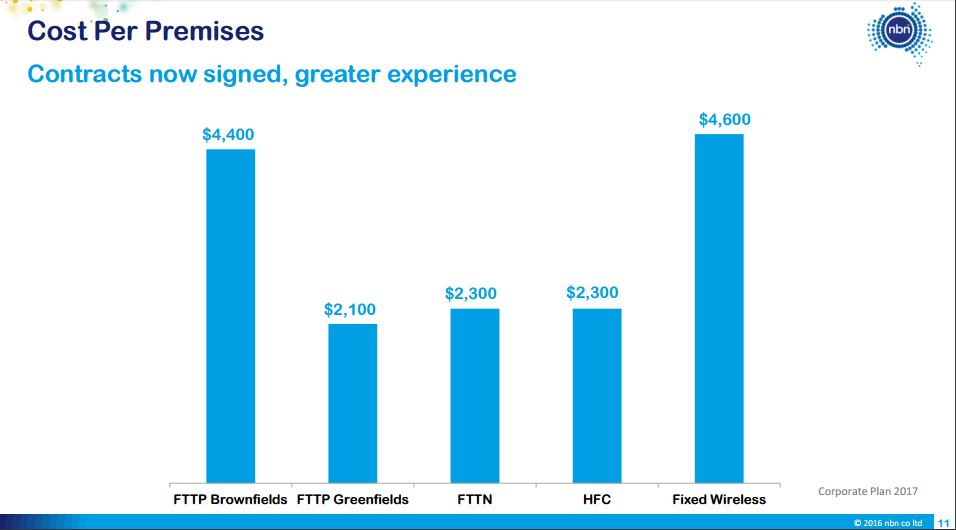 The above should probably be taken with a grain of salt, given that it’s in nbn’s interest to play up the cost of FTTP connections which have been largely abandoned by the current government. For a more comprehensive overview of nbn’s future outlook and full financial results, check out our in-depth postmortem.