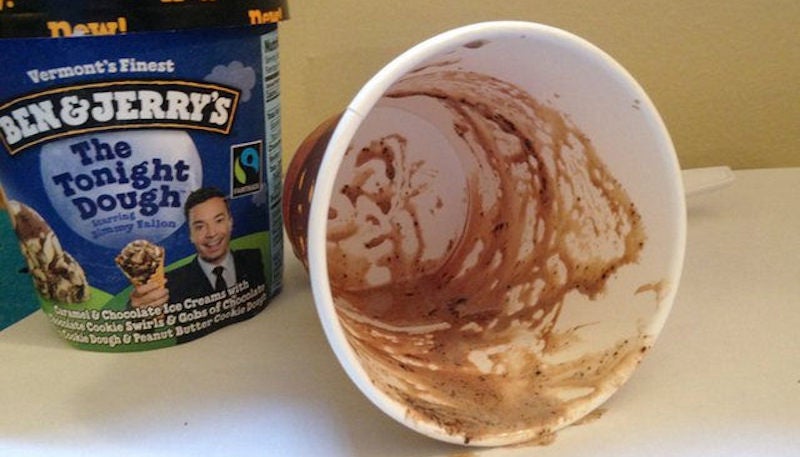 There's nothing wrong with a little indulgence. Sometimes, though, we indulge to the point that we don't even enjoy it any more. Maybe it's shopping until you're exhausted and drained or gorging on ice cream until you're stuffed and sick. To get the most enjoyment out of your money, look for what Carl Richards calls your "point of contentment". Photo by theimpulsivebuy

As Richards explains, this is basically the "law of diminishing returns" in action. In a nutshell, your return (enjoyment) decreases as consumption increases. It could be binge-watching Netflix, browsing social media for hours or spending too much money. Richards says:

...at a certain point, pleasure and more become inversely related, and "more" becomes the name of the place where you wind up when you don't know when to quit.
There's even a spot before more, and we're going to call that spot "enough." We all know where enough is — it's where you're content.
It's just as true for high-priced items as low-priced ones, but let's stick with the financially cheap (but calorically expensive) frozen treats. Enough is probably not at the bottom of the pint for you. Maybe it's a quarter of the way through, or halfway through the second scoop in the sundae. Wherever it is, learn to recognise it, and stop there.

The solution is to pay attention to your consumption habits and search for that "point of contentment", which is basically the peak before indulgence becomes overindulgence. Read more at the link below.