What Is Pokémon GO And Why Is Everyone Talking About It?

First, my friend caught a Charmander at a supermarket. Then the flood started: Digletts on a steering wheel. Rhyhorn at the bar. Magikarp on a frying pan. They’re all Pokémon to catch, part of a new game called Pokémon GO. You’ve probably heard of it — but what is it, and why is everyone obsessed with it?

Pokémon is the portmanteau of “pocket monsters”, and an insanely popular franchise with a just as insanely long history. In Pokémon, monsters roam the lands, and your job is to find, capture and train them. Then you put them in battle against other players. Growing up, I played the heck out of the original Pokémon games on the Nintendo Game Boy, and followed those adventures through a few more generations of handheld game console. I collected the trading cards and obsessed over the (still running) TV series. Fortunately, you don’t need any previous Pokémon experience to enjoy Pokémon GO.

How Do You Play Pokémon GO?

Pokémon GO is a free-to-play mobile app that you can download for iOS or Android. It’s free to download and start playing, but you have the option to use real money to buy in-game currency called PokéCoins. (Between $1.49 for 100 PokéCoins and up to $159.99 for 14,500.) Those PokéCoins are used to purchase Pokéballs, the in-game item you need to be able to catch Pokémon. Now you don’t have to spend real money, but that simply means you need to pay with your time and energy (which is the fun of it, anyway!).

The game works by using your phone’s GPS for your real-world location and augmented reality to bring up those cool-looking Pokémon on your screen, overlaid on top of what you see in front of you. And you — the digital you — can be customised with clothing, a faction (or “team” of players you can join) and other options, and you level up as you play. 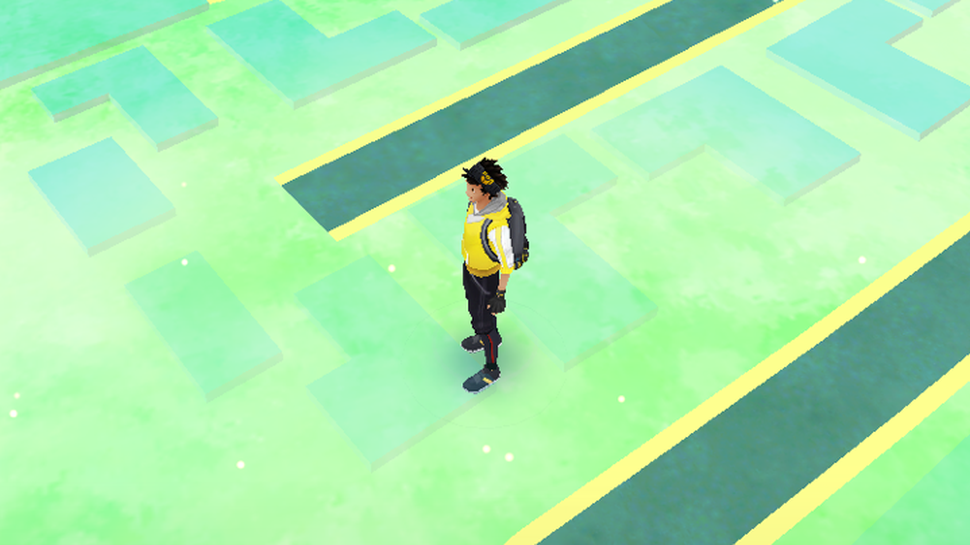 I’ve watched my friends excitedly whip out their phones whenever we walk a couple of metres down the street, round a corner or enter a new place, in search of new Pokémon. If the timing is right, wild Pokémon leap out at you, giving you have a chance to catch them with a Pokéball. When you capture a Pokémon, it gets added to your Pokédex, a sort of Pokémon database, where you can personalise them later. And then the fun part: You can go to your local “gym” and battle your Pokémon against other trainers (also real people). 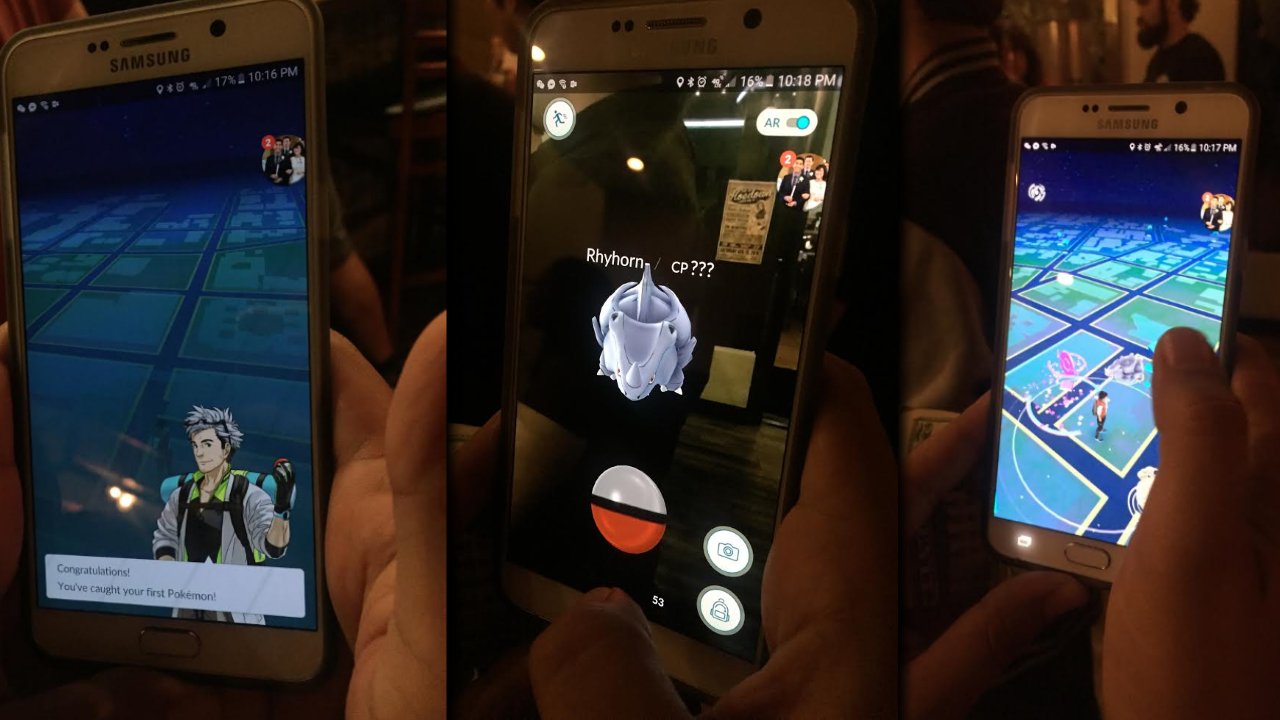 PokéStops, on the other hand, are usually predetermined landmarks that you can interact with and get items from. Some of these items will further your “ability” as a trainer, or simply draw a ton of other excited Pokémon GO players to your location. All in all, Pokémon GO gives you a lot of things to do, but one of the biggest appeals is its social aspect. 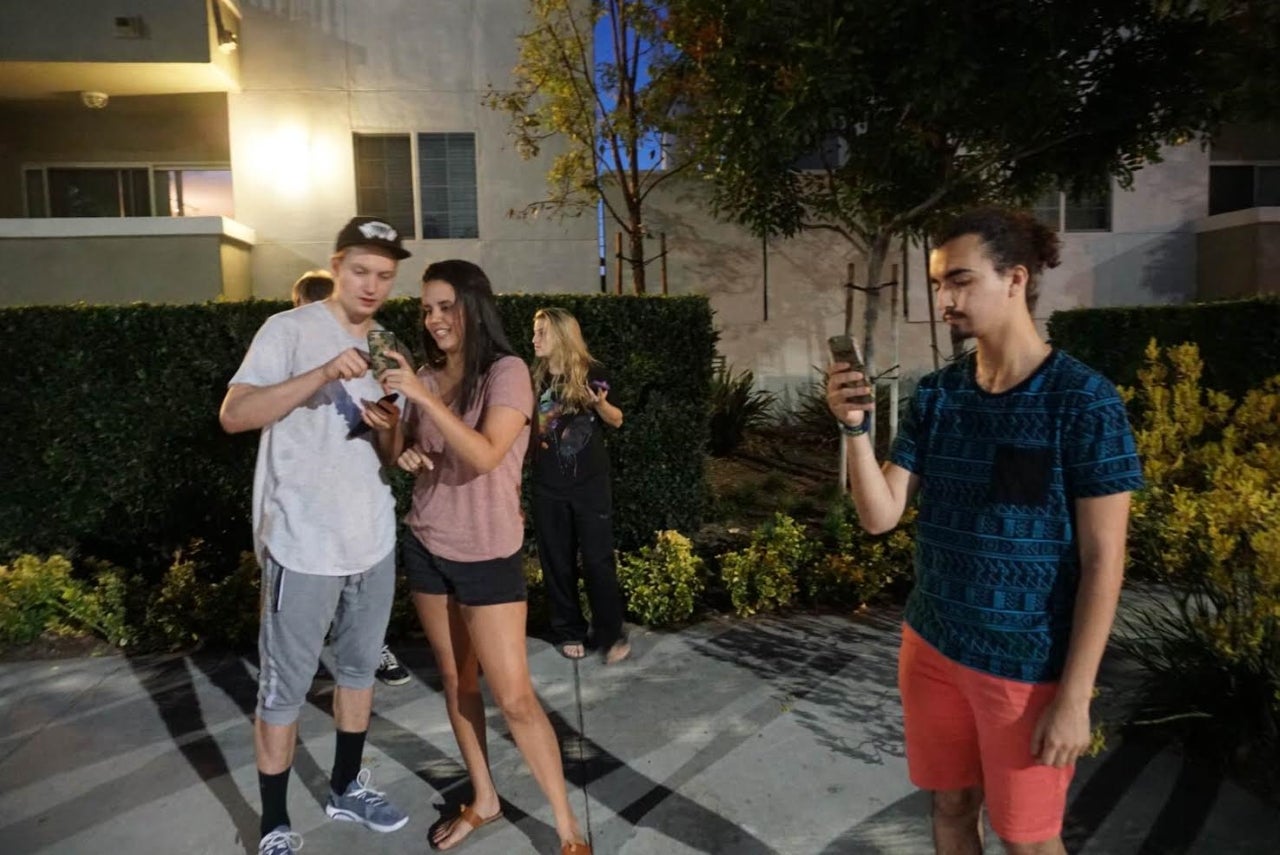 These days you can’t read the news without seeing headlines about Pokémon GO. If you scroll through Twitter or Facebook, you’ll come across what appear to be normal pictures — of a grocery store, someone’s fridge, or even a mother giving birth — and can expect to find a Pokémon in it. Even my group chats with my friends regularly light up with talk of which gyms and PokéStops are nearby.

Everyone loves Pokémon GO, despite how playing it can be a drain on battery and mobile data. Curious about why exactly it appealed to people, I posed the question on Facebook and Twitter, and got a hodgepodge of answers. It started with the obvious:

@superLEE7 Pokemon. That's pretty much it.

On Facebook, Stephanie admitted that it was more than the draw of Pokémon themselves:

“To catch ’em all! Duh.” But to answer your question: nostalgia. And everyone else was talking about it, so a pinch of peer pressure.

Andrew likes the idea of catching Pokémon in real life.

It’s the closest thing we have to a real life Pokémon experience. A lot of people are playing for the nostalgia, but Pokémon was always a cool idea.

Angelo and these Twitter users, on the other hand, found some immense real life value from playing Pokémon GO:

The completionist “gotta catch ’em all” is a pull for me definitely. The integration with real-life locations is giving me a reason to get up and walk/run to places nearby that I otherwise would never have seen. I’ve definitely gotten more cardio the past two days than I have the last three months combined. Also, the social aspect: I’m running into a bunch of other Pokémon trainers out in the real world, and it’s an easy way to strike up conversation with strangers. The sheer number of people that are engrossed in finding Pokémon in the real world (and walking around) is amazing.

@superLEE7 Meeting other trainers, unexpectedly. I had blast today meeting tons of other trainers of all ages comparing experiences.

@superLEE7 it's the walking around. Very good motivation, plus draws me to places I might not have gone.

Meanwhile, some people just enjoy seeing others talking about it:

@superLEE7 I've never liked pokemon, but I know a little about it. Don't play go, but like seeing the tweets.

The consensus here is that not only is the game fun, especially for people who grew up being involved with the franchise in some way, but it’s a great way for people to get out, explore places they never would have and meet new people. And because the people you meet are also playing Pokémon GO, the game instantly provides common ground (just trying to catch that Pikachu) for you to easily bond with fellow trainers, or maybe forge incredible new friendships. Even people who aren’t playing the game are benefiting: “I have friends taking their kids out to go catch Pokémon,” a friend told me.

Used a lure at the local park and cars pulled up and stopped, people came out from their houses and all met at the PokeStop. It's so crazy.

This isn’t the only game like this, of course. The company behind Pokémon GO, Niantic, made another popular ARG several years ago called Ingress, which has many of the same benefits and offers the same social aspect. It obviously doesn’t have the popularity of a brand like Pokémon behind it, but we’ve mentioned how those social features can make all the difference in a real-world game before.

How Easy Is It to Get Started? 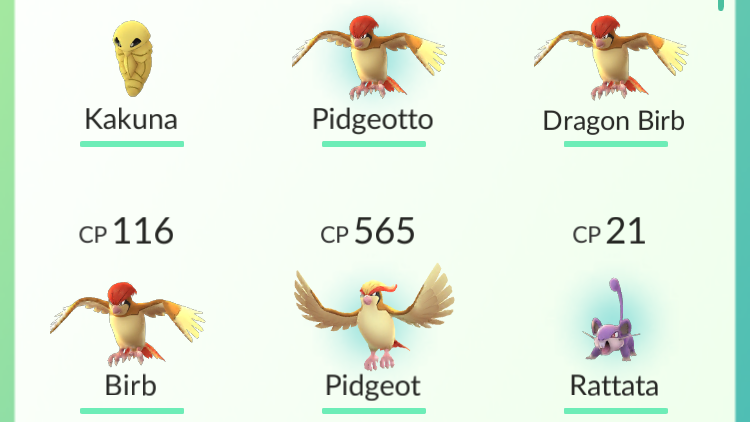 Part of the beauty of Pokémon GO is how easy it is to play. You just need an iPhone or Android phone, and have a strong Wi-Fi connection or mobile data available. If you don’t have an unlimited data plan, you should definitely consider playing or doing heavy data usage only in areas with available Wi-Fi. The game has been reported to take up between two megabytes to eight megabytes of data per hour, depending on what you’re doing. Otherwise, there are ways to reduce and conserve as much of your data as possible for Pokémon GO.

Additionally, Pokémon GO can really suck your phone battery. While the game has its own “battery saver” mode, you should take other battery-saving measures into your own hands. For one thing, you can lower the brightness of your phone’s screen. If you have Bluetooth turned on, turn that off. If you know you’re going to run your battery juice dry regardless, consider having an external battery pack.

And if you’ve just started playing Pokémon GO and aren’t sure what to do, check out this in-depth guide from our friends at Kotaku.

Pokémon GO is a game, and a fun one, but the nature of it brings strangers together in places that they never would have visited otherwise. I mean, it’s pretty amazing to me that my friends can gather around a garbage can on the street, intently peering at their phones, and draw a crowd of more passers-by who also immediately pull out their phones to check, too.