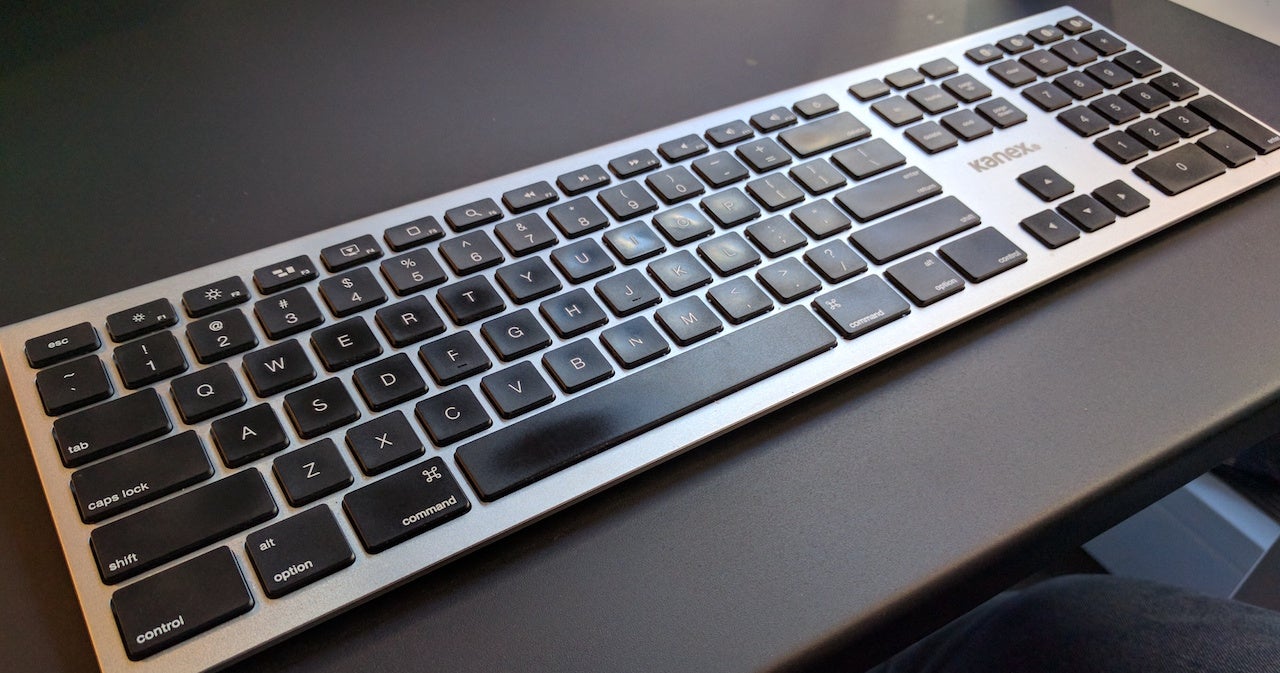 Most of us have more than one device in our lives, whether it's multiple computers, or just a laptop and a tablet or phone. Kanex's MultiSync Aluminium Keyboard can connect to all of them, switch between them seamlessly, and still rid your desk of wires and excess clutter. Kanex sent over the MultiSync to try out a few months ago, and it's turned into my primary keyboard at the office (mostly for lack of a proper mechanical) for longer than I would imagine I'd go back to a chiclet keyboard. Part of it is the fact that it connects to multiple devices so easily: Just hold down one of the four Bluetooth keys above the number pad to tell the keyboard to pair with a new device, pair it and then when you want to switch among devices, just tap the key that corresponds with your laptop, iPad, desktop or any other device to switch. In my case, I used it to seamlessly switch between my personal and work laptops, among other devices.

The keyboard itself is sturdy enough, with an aluminium housing, low-rise design and black chiclet keys. It's probably the closest thing you'll find to a Bluetooth version of Apple's full-sized wired keyboard, and that design influence is pretty obvious out of the box. That also means it's easy and comfortable to use, and using it will feel familiar. Your function keys at the top double as media keys, so playback controls and volume controls are right where you'd expect them to be. There are keys for Apple-specific features as well, like Expose, laptop brightness and Spotlight search.

The MultiSync is clearly made for Apple devices and users, and while you can definitely use it with a Windows PC, you'll have to overcome the same quirkiness you would have using an Apple keyboard, but if you're used to it, it won't be a problem. The keyboard also uses two AAA batteries, included with the package, that I haven't had to change once yet.

If you're interested, one can be yours for $75. If the aluminium-and-black design isn't your style, there's an all-white version for $100.

If you're in the market for a wireless keyboard, use primarily Apple devices and want a single Bluetooth keyboard that you can then use with all of your devices — like an iPad or a second computer on your desk — I heartily recommend it. If you're a single-device user though, it's a tougher sell, but it's still cheaper and more flexible than a number of keyboards you could buy. Hit the link below to check it out at Kanex's site.