Once you set your sights on a race, it changes your training. The question today is, should we dream small or dream big? Should you aim for a fast and fun 5K sometime soon, or commit yourself to a full marathon of guts and glory?

The 5K is what gets a lot of runners off their couches and into shoes. If you can jog for 30 or 40 minutes, you can sign up for a 5K, finish with a smile, and wear the souvenir t-shirt for the rest of the weekend.

Marathons, on the other hand, are really, really tough. According to legend, the Greek messenger who inspired the race collapsed and died after running the 40km from Marathon to Athens. And yet, with the right training, it’s an attainable distance. Oprah Winfrey ran a marathon in 1994, stunning and inspiring many. By 2015, half a million Americans were crossing marathon finish lines every year.

There’s been a bit of a backlash, though. “The 5K, not the marathon, is the ideal race,” Christie Aschwanden writes at Fivethirtyeight. She echoes pro runner Lauren Fleshman, who built her career on 5Ks and argues that we should take short races more seriously.

The Race: 5K
Distance: Five kilometers, or 5km
Time to Run It: 31 minutes if you run a 10:00 minute per mile pace. Your mileage, of course, may vary! New runners are often around 40 minutes. The world record is 12:57. Most of us could walk this distance in about an hour.
How to Prepare: You can go from couch potato to 5K runner with just six to eight weeks of training. If you’re already used to exercising, it’s an easy distance to complete, so training focuses on getting faster. Either way, plan to run for 30-60 minutes, at least three times a week.

The Race: Marathon
Distance: 42km
Time to Run It: 4 hours and 22 minutes if you run a 10:00 pace. The world record is 2:02:57. Marathon organisers typically shut down the course after six or seven hours.
How to Prepare: Marathon training plans are around 16 weeks long, sometimes more. You should be used to running before you start, working out maybe three or four times a week for a few months. A typical marathon plan will have you do short runs on weekdays and then a long run every weekend. The long run’s distance creeps upward each week. The longest run in most training plans is about 32km. 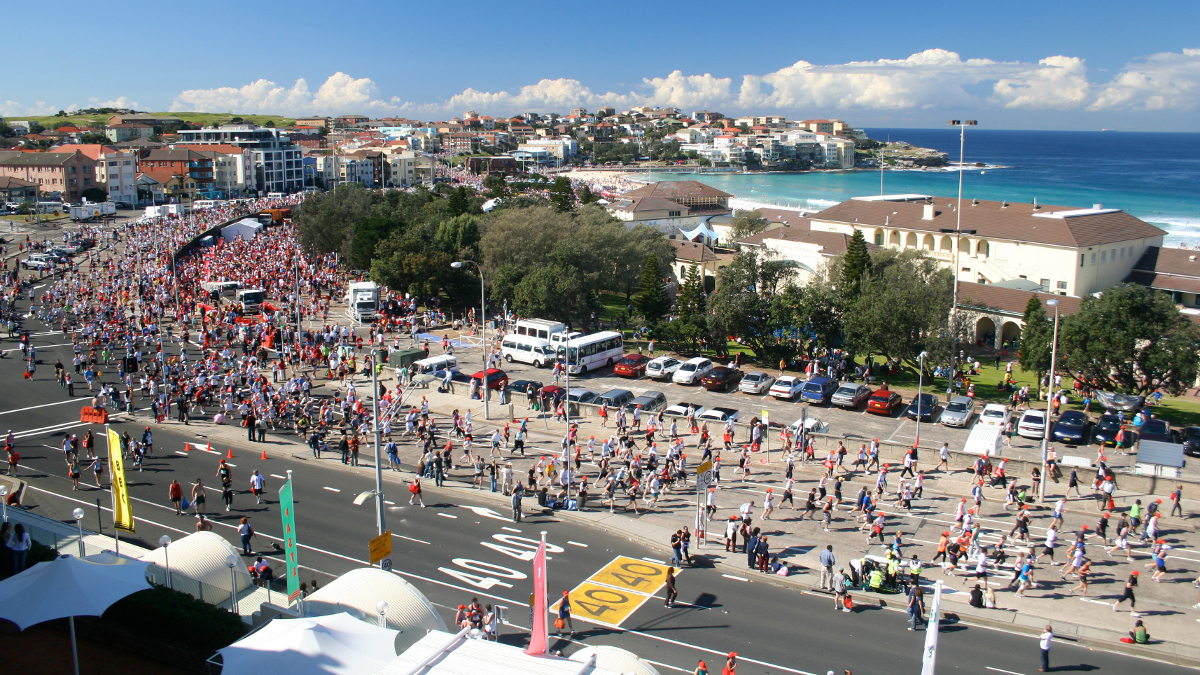 A 5K plan can easily fit into the time that every human being should already be setting aside for exercise. A few short runs a week, and you’re covered. Have more time? Go ahead and run more! You can do a shorter run on the weekend, and it will still help your 5K time. In your shorter runs you can experiment with intervals, hills, or speedwork on a track. Heck, you can blow off runs just because you feel like it, and you won’t really have to worry about losing progress. 5K training is flexible. Really flexible.

Marathon training, on the other hand, is like having a part time job. A 16mn run will take about two hours, and your big 32km about four. Even your shorter runs are going to take an hour out of your day, and that’s not counting the time it takes to get dressed and drive to some place whose scenery you aren’t sick of. Don’t train for a marathon unless you love spending time on your feet.

5K prices vary, but $30 is about average for a race that includes a free T-shirt, and has a mini-buffet of bagels and bananas at the finish. You won’t get a medal unless you’re the fastest in your age group — but in small events, that may be a goal within reach! Travel costs are as much or as little as you like. You can probably find a few nearby 5Ks in most Australian cities.

Marathon registration is usually more expensive. (Sydney’s popular City 2 Surf costs between $65 and $85.) There’s pretty much always a free shirt, and you’ll get a finisher’s medal just for dragging yourself over all those miles of road. Because a marathon is a big production, don’t expect to have more than one option a year, even in a big city. If your city’s marathon is in the spring, and you want to run in Autumn, you’ll have to travel. Some runners look for marathons in exotic locales, and plan a vacation around the race.

Marathon training ends up costing a lot, too. You’ll probably wear out at least one pair of shoes, and you’ll need gear to run in multiple seasons since training takes so long. You’ll also rack up charges from little things like energy gels and bodyglide. Accessories that seemed silly when you only ran a few kilometres, like water bottle belts, will now look like necessities.

You’ll run faster in 5K training, but farther in marathon training. If you hate sprints and fast-paced runs, you’ll spend the 5K and many of its training runs in agony.

The total mileage of a marathon program is much higher, though. You’ll have more blisters and sunburns than a 5K runner, and you’ll probably develop at least one black toenail. (Tip: learn to love dark nail polish.) One small upside: you’ll have a really good excuse to get lots of massages.

Injuries are maybe a toss-up. The more you run, the more likely you are to get injured — but some complaints are more closely related to speed than distance. Psychologically, it’s easier to deal with injury if you’re training for a 5K. You might have to sit out the race you were planning on, but you can run another once you’re healed. If you’re injured while training for a marathon, though, it’s a major letdown to cancel travel plans and lose your hefty entry fee — especially if there’s no other race you can sign up for.

A marathon is an experience to remember. People often rank their marathons among the major experiences of their life, alongside graduations and weddings and children’s births. No matter how fast you run a neighbourhood 5K, it can’t compare to the thrill of actually, finally running 42km for the first and maybe last time in your life.

There’s a feeling of camaraderie from your fellow runners, too; it’s sort of a rite of passage where everybody knows they are doing an amazing thing together. There are spectators cheering you on, in almost every mile. Not just a few people here and there, but tons of folks clapping and waving and holding funny signs. I’ve been handed orange slices and gummy worms and beer. On a hot day, people were standing out on the street with garden hoses and sprinklers. That was around mile 15 and those people were the best.

Twenty-six point two. Think about that. You’ll run farther in one day than a lot of people drive. Whether you run it fast or slow, whether you love it or hate it, you can say you just ran a freaking marathon. You’ll have major bragging rights. Wear the shirt and the medal to work on Monday. You deserve it.

The 5K is more practical, but maybe you should put a marathon on your bucket list. Do you want to run a marathon? If so, run a marathon. The bragging rights and the thrill of the crowds are well worth the extra commitment, cost, and agony — for some of us.

I’ve run both. I’m happy that I did a marathon, and I’d like to do another someday. But I’m really ok with sticking to short races most years. That’s because, as much as I enjoyed the marathon experience, training was hell. I really hate running long distances.

But that’s me! Try running long, and try running short, and see how you feel. If you hate to run fast but you find a sort of zen in getting lost in your exercise-addled thoughts, distance running is for you. There are even distances beyond the marathon that you can aim for.

But if you’d rather stick to shorter and faster workouts, there’s no shame in that. For a long-term goal, you can even make a season of it. Run a 5K, adjust your training, and try to run the next one faster. Compare how you did with other people your age (results are often reported by age group) and see if you can climb up in the rankings. With enough training, you might start bringing home medals someday.

Like me, though, you don’t have to pick one or the other. You can run half-marathons, which have the same thrilling crowd but require only half as many black toenails. You can run marathons in some years and 5Ks in others. Ultimately, it’s up to what kind of time and money you can put toward your goal, and what kind of runner you are.