How To Use Prescription Painkillers Without Getting Addicted 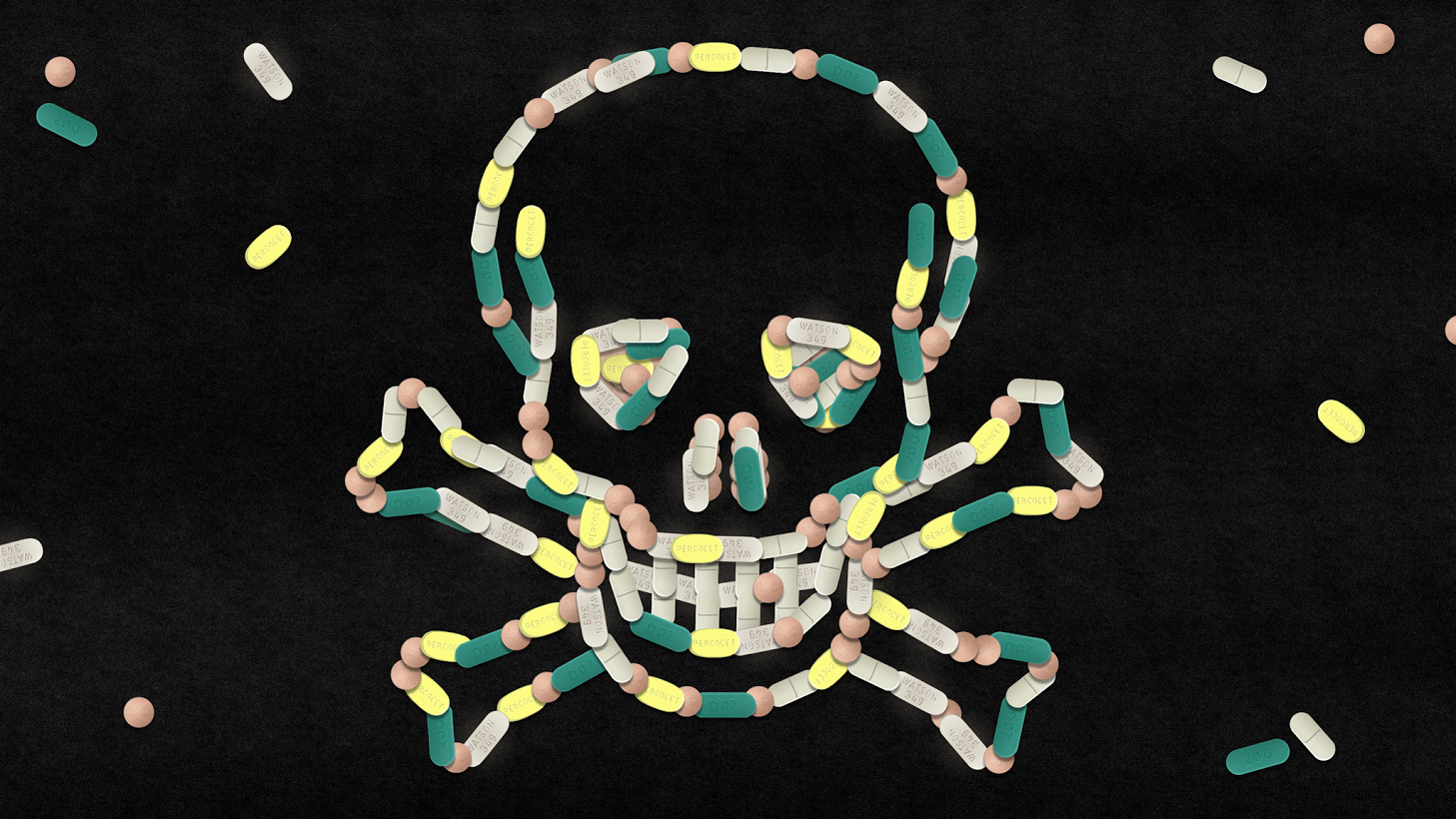 From the headlines, prescription painkillers sound pretty scary. Some of the people who take them switch to heroin, and some die of overdoses. The problem is so bad that the US FDA has mandated black-box warning labels about the risk of abuse. But at the same time, these drugs are common and useful tools to manage pain.

The medications in question are opioids, drugs that work in the same parts of your brain as opium. Heroin and morphine are opioids, but so are the main ingredients of prescription drugs like Endone and Oxycontin. These drugs obviously relieve pain and, in some circumstances, they can induce a euphoric feeling. For many, they’re essential tools to manage pain, either from surgery, injury or, for people with chronic pain, their everyday life.

The popularity of those street drugs is partly driven by prescription opioids: For someone addicted to pain pills, heroin is a more accessible and cheaper high. According to data from the US Substance Abuse and Mental Health Services Administration, 79 per cent of heroin users had previously taken painkillers for fun.

But if you ask the question the other way, it doesn’t sound so scary: Only 3.4 per cent of people who abused painkillers ended up switching to heroin. And of course, not everybody who gets a prescription ends up addicted. US Prescribers wrote 259 million scripts for opioids in 2012, and most of those were probably taken responsibly. 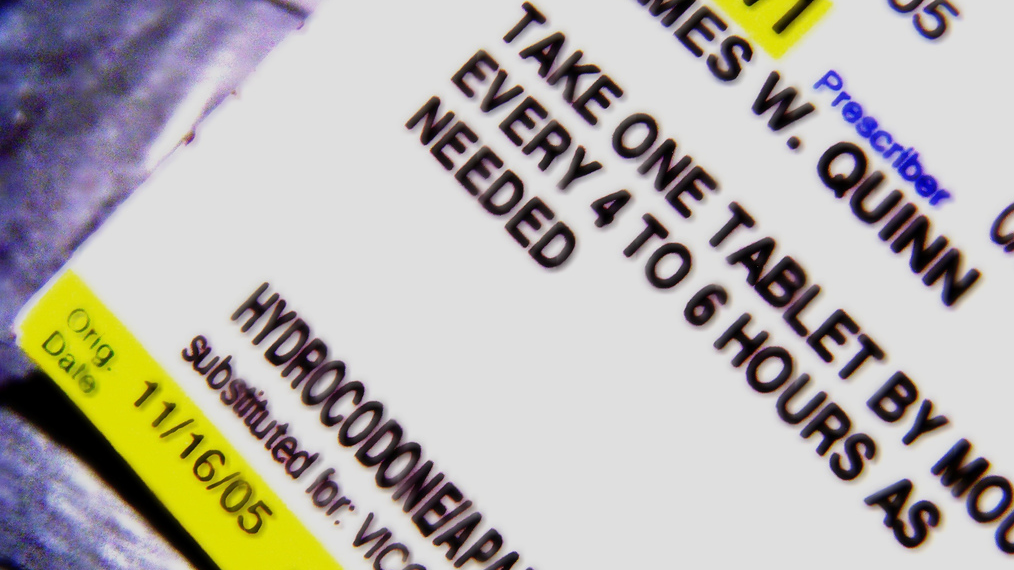 This may sound backwards, but it’s true: If you tough it out and only take the pills when you’re in serious pain, you’re more likely to become addicted.

That’s for two reasons. First, you’re teaching your brain that taking the pill feels really good: You’re in a lot of pain, you take the pill, you feel better. The other problem is that when you’re already hurting, it takes more of the drug to fight that pain than if you had been taking it all along.

The best and safest way to take opioids, according to Jeannie DiClementi, a clinical psychologist who works with pain patients, is to take them exactly as prescribed — if it says every four hours, you watch the clock (or set up an app to ping you) and take the pills at four hours on the dot. That lets you “stay ahead of your pain”, and never get to that place where you feel desperate for the drug.

Patients are unlikely to get addicted to painkillers while they’re using them to manage short-term, serious pain, like the pain you get from an injury or surgery, Dr DiClementi says. The trouble here isn’t the way you use the drugs when you’re in pain; it’s what you do with the drugs when your recovery is over. 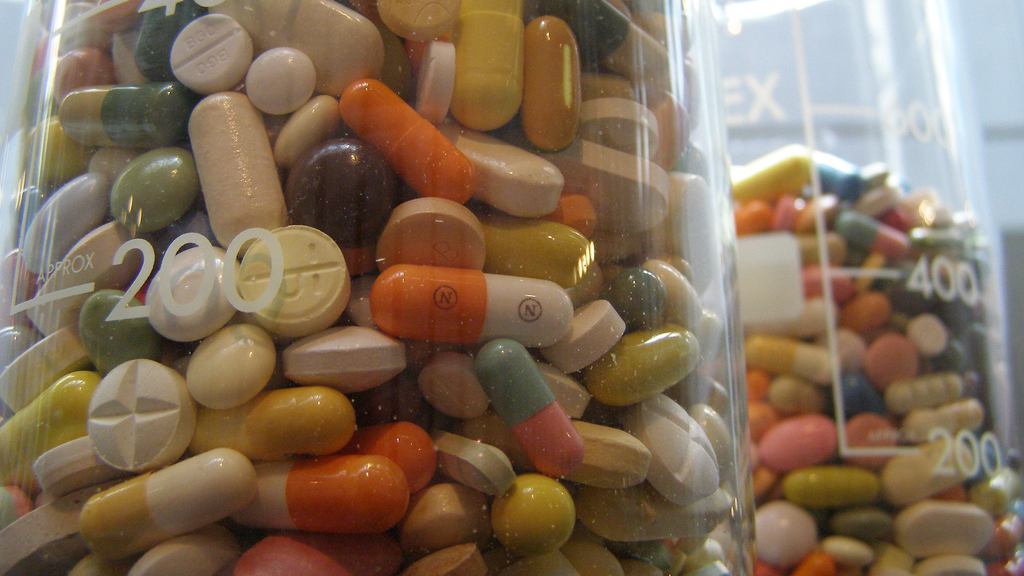 If your medicine cabinet looks like this, you’re doing it wrong. Photo by Erich Ferdinand.

Raise your hand if you have half a bottle of a narcotic pain reliever like Oxycotin in your medicine cabinet. You’re not alone — I have two. (One was my prescription, one was my dog’s.)

But you shouldn’t save them. Taking opioids when you need them for pain is pretty safe. Taking them when you don’t have a serious problem is where trouble starts. Here’s Dr DiClementi again, describing at The Conversation how people end up getting addicted by accident:

Here’s a typical example: a patient who had been prescribed Vicodin after back surgery might need fewer pills after a while to manage their pain, but was afraid to tell the doctor (“What if the pain comes back?”), so the prescriptions continued. By the time recovery was complete, the patient had a stockpile of pills. One day after work, this patient came home with a headache from a stressful day. In the medicine cabinet were the leftover Vicodin. A couple of pills, and the patient experienced relief not only from the headache but from the stress of the day. The next time, taking the pills was easier, until before long, the patient was addicted and seeking more. This patient, like many who become addicted, did not intend to start abusing the drug.

When you’re not in serious pain, you’re better able to notice the euphoric effect (rather than just appreciate the pain relief). For this reason, Dr DiClementi urges people to get rid of the stockpile of pills. Mix them with garbage, the less appetising the better — she suggests kitty litter — to hide them and to discourage dumpster divers. You can also ask about returning unused drugs to a pharmacy, or watch for drug take-back events in your community.

I know, I know, it feels like a waste. But you’re better off dumping the pills than taking them when you don’t need them.

You’re not alone in trying to use opioids safely: The provider who prescribes your meds should be watching out for you too.

The US CDC recently issued new guidelines for prescribing opioids that put more responsibility on providers. Instead of a vague idea that the doctor should talk with the patient about their options, the new rules get specific about when, why and how to prescribe opioids to avoid setting them up for addiction. With the new guidelines, for example, patients are less likely to be able to build a stockpile. Prescribers are now told to give the lowest dosage and the shortest course of painkillers that the patient is expected to need: Three days’ worth in many cases. If the patient believes they’ll need more they can discuss that with their doc — but after the first few days they may be just fine with something like ibuprofen. On long courses of medication, the doctor is also now supposed to check in with the patient from time to time to evaluate whether the benefits still outweigh the risks for them and their situation. In other words, don’t expect her to rubber-stamp refills. Australia also has opioid prescription guidelines.

Prescribing decisions get trickier if you have chronic pain. Opioids may not work very well for chronic pain, but if they seem to be working for you, you might not be interested in switching to something else.

It’s worth trying other treatments, though, says Dr DiClementi — and not just medications. She mentions massage and jacuzzi baths as a few strategies that work for some people (while noting that they are not always effective for everybody). An implanted electrical device can interfere with pain signals. Hypnosis can shift your focus away from pain. Psychological approaches work: Mindfulness-based stress reduction and cognitive behavioural therapy were effective in a recent trial.

This doesn’t mean that pain is all in your head. “Psychological does not mean imagined or faking,” DiClementi says. Our experience of pain is defined by what goes on in our brains. Chronic pain is not just a mind thing or a body thing, but both.

The many options for pain treatment vary wildly in their costs and effectiveness. For help navigating them, talk with your provider or ask for a referral to a pain specialist. An honest conversation is the way to go whether you’re trying to avoid opioids, or whether you feel like you need them and want to take them safely.