How To Host Your Parents Without Losing Your Mind

For some of us, when family announces they’re coming to town, alarms go off, panic ensues and a couple of glasses of whiskey are poured. But with a little preparation, it doesn’t have to be that stressful, or complicated. Photos by: Getty, joepyrek, creative ignition, Marko Kudjerski, and David Precious.

Of course, everyone’s relationship with their parents is different. Depending on how many times you’ve hosted them, the situation changes. Perhaps you’re close with your parents and have no qualms with them just showing up at your house for a weekend. I’m not like that. I need a little more of a heads up. My parents divorced long ago, so I’ve had the pleasure of hosting at least twice a year in a variety of living circumstances and in a couple different cities. My major takeaway? I need to have a series of plans.

Talk About Your Space and Sleeping Setup Before They Arrive 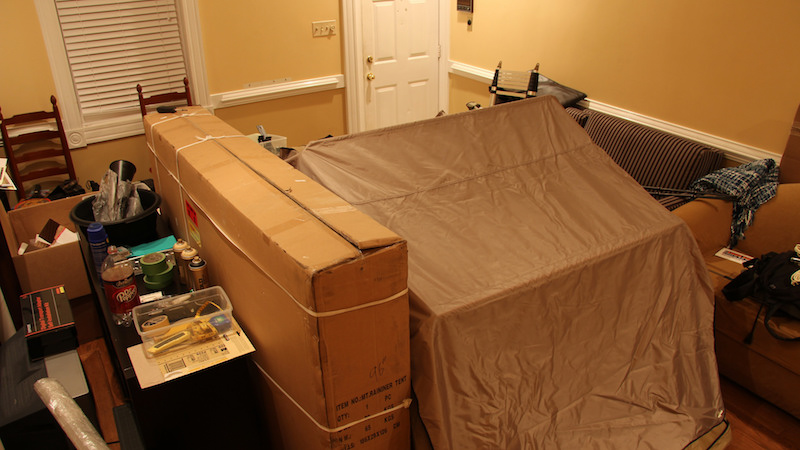 If your parents are coming from out of town for the first time, it’s good to start with a conversation about space. Do you have enough room? Will you give up your bedroom and sleep on the couch? Set up a guest room? Or is your apartment so small that they’re just better off getting a hotel?

It might sound a little silly, but this can make or break a visit. The first time either of my parents came out to visit me when I lived in Seattle, I lived in an apartment that was far too tiny to cram in any additional people for any amount of time, so I had to have the talk early on about hotels. Most parents don’t want to hear this, and will likely argue that, being the family that you all are, you can “make it work”. Don’t give into that. If you have a small apartment and aren’t comfortable hosting (or know your guest won’t be comfortable either,) insist on a hotel. If need be, split the cost, or offer up whatever financial solution you can, but I promise the entire stay will go much smoother if everyone gets their own space.

Of course, this might not be an issue with your family, or you might have a place where other options exist. Giving up your own room and taking the couch is always a noble option, and if you have a spare room this isn’t a concern. Regardless of how you go about it, if this is their first visit, just make sure everyone’s on the same page so when they arrive, nobody’s confused about who’s staying where.

Create a Rough Itinerary of What You’ll Do, But Don’t Fill the Day 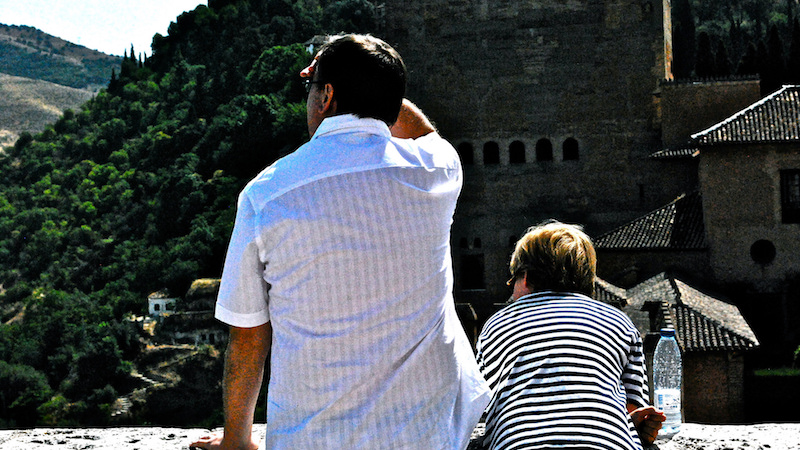 The worst way to spend a morning is to sit around on the couch asking everyone what they want to do, then having everyone reply with a resolute, “We’re fine with whatever.” Nobody is fine with “whatever” no matter how relaxed they might be. Instead of wasting everyone’s time, I’ve found it’s best to have a rough sketch of a plan, but to avoid any hard schedules.

What you do with your family in your city is completely your call, but I’ve found that a mix of touristy and neighbourhood activities is best. For example, both of my parents live in the land-locked state of Colorado, so a visit to the west coast demands time on the beach. That’s one day taken care of. Another day might include a little hike through the nearby mountains. Another gets dedicated to walking around my neighbourhood and grabbing a beer at the local brewery. If you’re short on ideas, talk to your parents ahead of time to see what sights they’re interested in and formulate a plan from there. The last time my dad visited he mentioned he’d want to see Hollywood without actually doing the whole Hollywood thing, so I made sure we’d drive through at some point, but there was no set schedule beyond that.

If you’re not sure exactly what to do, finding something is as simple as treating your own city as a tourist destination. Do a little research, find quirky museums, good views or national landmarks, or whatever you’d do if you were planning your own holiday to a new city. Take advantage of the time to try new things too, don’t just visit staples you know your parents will like. Head off to a new museum you’ve been meaning to check out or visit that landmark you’ve been talking about for years. Then, pay attention to what everybody likes doing, make notes of what your parents mention they’d like to do next time and, as you go along, the visits get easier and easier.

A rough schedule of activities keeps things flexible, but avoids the trap of trying to reach some collective agreement of what the hell do to every morning. Trust me, you want to avoid that at all costs.

Make a List of Possible Restaurants, Have Suggestions Ready 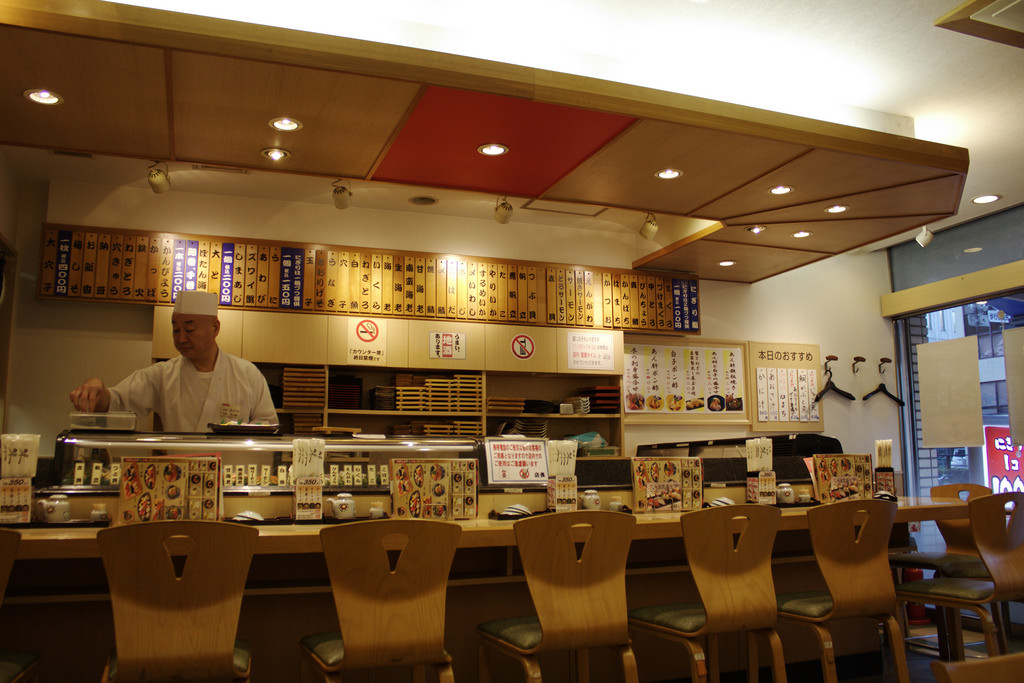 Eating is one of the most important things you’ll do all day, and depending on your parents, it’s a potential disaster. My solution? Come up with a list of possible restaurants ahead of time to suit a variety of cravings.

While I can’t speak for all parents, my experience essentially revolves around the question, “What are you hungry for?” followed by generic, unhelpful responses like, “Italian, Mexican or Thai.”

To solve for this, I made a list of various restaurants of different types in each neighbourhood we’d be in, so it was easy to turn that generic food type into a destination. If your parents are anything like mine, they do not care about any specific details of a restaurant, but don’t want to go to a chain. They just want it to be quiet, clean and have items on the menu they recognise.

I keep a running list of restaurants in various parts of Los Angeles that I know are good or that I’ve heard are good. It sounds so simple, but it’s truly been a massive help. If you’re on Yelp, the bookmarks are a killer way to do this because it makes it easy to search by location, but a list in your notes app of choice works just well.

It’s OK to Have Downtime 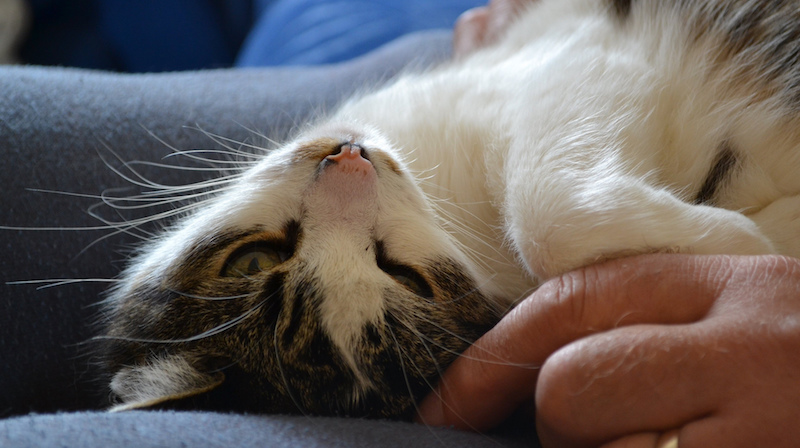 Over the years, I’ve realised both of my parents are pretty terrible at taking holidays for themselves, so visiting me tends to be their holiday. Because of that, I’ve found that while having an itinerary for the day is generally a good thing, leaving plenty of room for doing nothing is nearly just as important.

As an example, the last time my mum visited, she was up before the sun and she spent that time quietly reading. I’m an early riser, but not that early, so I felt bad that she was just sitting around with nothing to do, until I realised that it was a luxury she didn’t always have. This was her chill holiday time.

Your mileage in this particular department will vary, but over the years I’ve realised that as much as both of my parents like doing things in a new city, they’re also just enjoying some time off for a change, doing nothing, or just hanging out with you.

Los Angeles in particular is a big, bustling, overwhelming city, so it’s chaotic to visit, especially considering both of my parents live in rural areas. Subsequently, sometimes we all just need a nap in the middle of the afternoon, or some quiet time in the morning. This is a good thing.