Slack is a cloud-based team collaboration tool that originally launched back in 2013. A few months ago, the company opened the doors to its Asia Pacific headquarters in Swanston Street, Carlton. The heritage-listed structure was originally a brewery used to store barely and hops in the early 1900s. Some of the original silos have been seamlessly incorporated into the workplace. Here are the photos.

Lifehacker’s Featured Tech Workplace series is sponsored by Samsung Tab Pro S: Work and fun all in one. 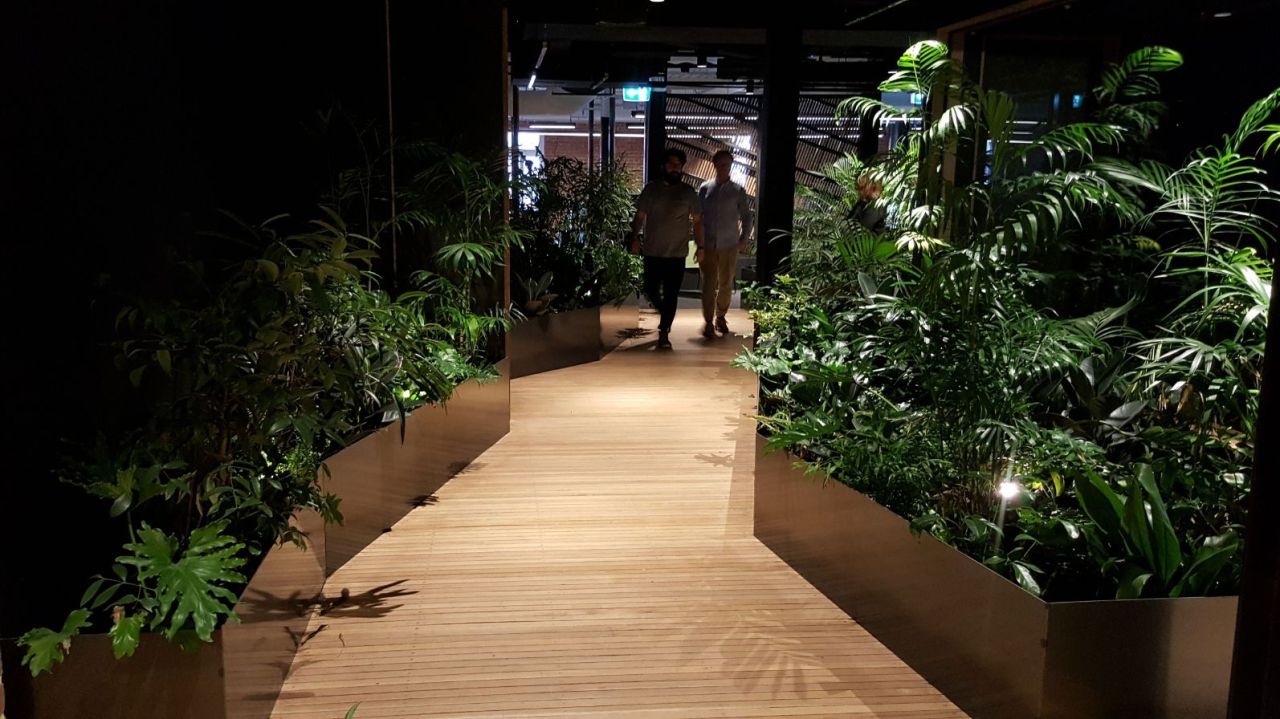 Usually when HR decides to add some greenery to the office, they stick up a few plastic pot plants and call it a day. By contrast, the Slack workplace could almost pass for a rain forest. There are plants everywhere. All of the foliage is 100 per cent real and kept alive with specialty lighting. A gardener also pops in once a week to ensure everything stays healthy. 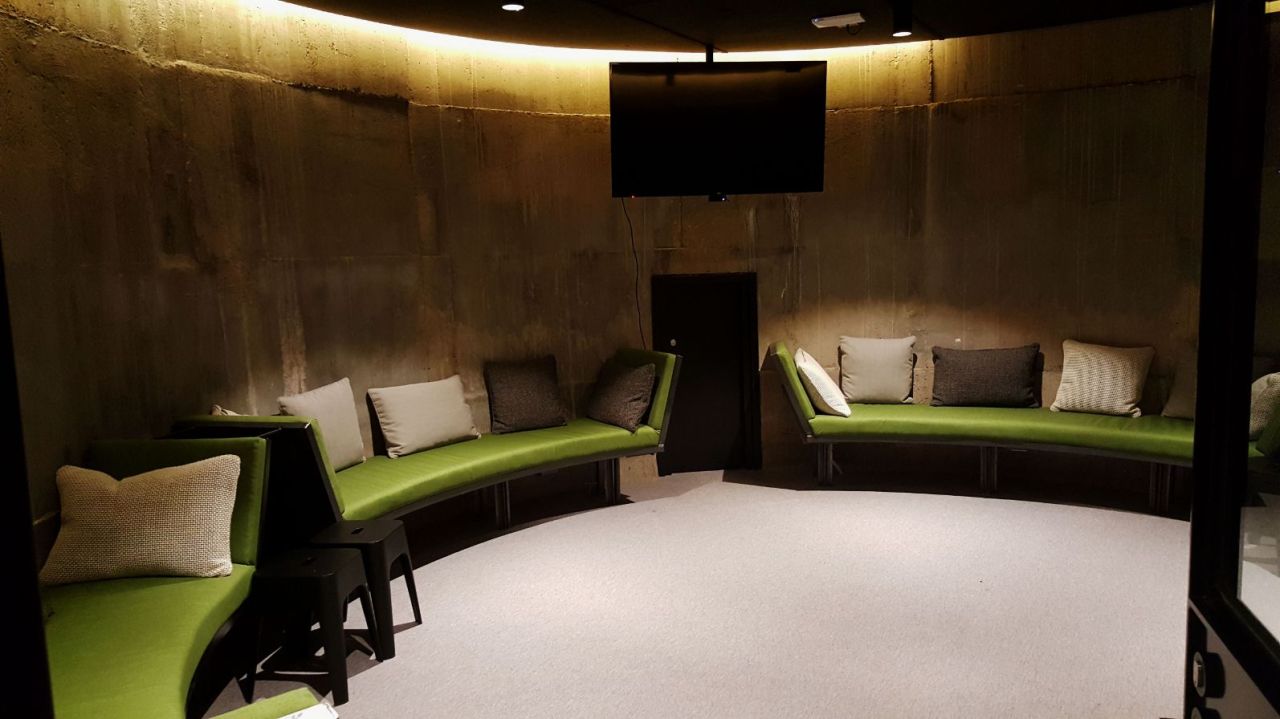 This rather ominous looking work space was once a concrete silo used for malt storage. It’s now used as an informal meeting room and general chill-out area where people head when they need a little peace and quiet. Slack also regularly holds movie nights in there. (Hopefully, not horror.) 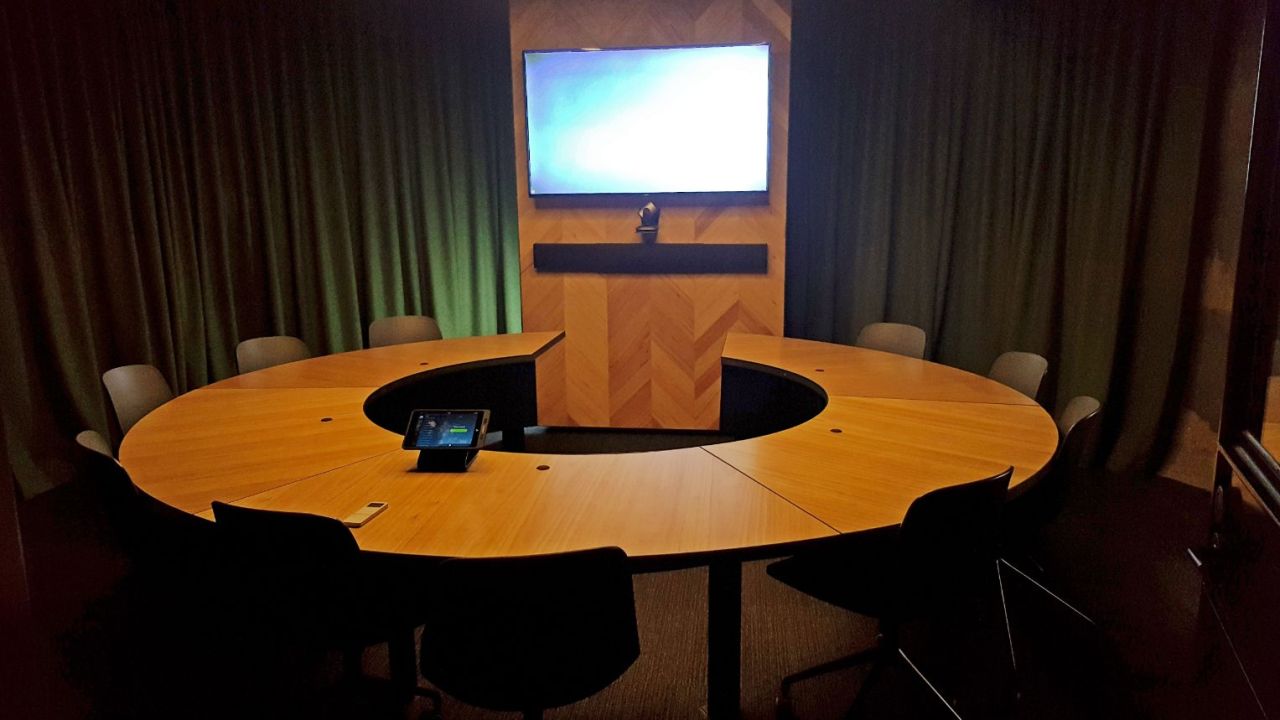 The other silo has been converted into a teleconferencing room. It kind of has an apocalyptic war room bunker vibe. All that’s missing is Peter Sellers gurning in a wheelchair. 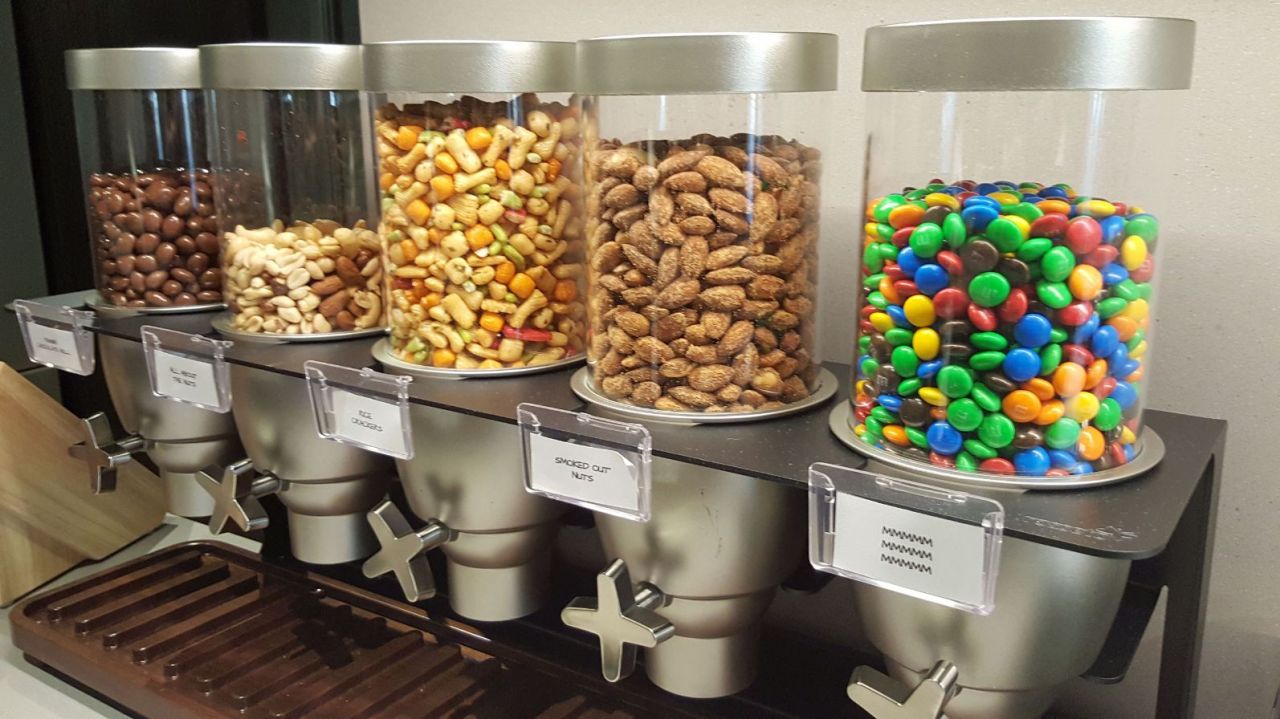 Lollies on tap — literally! In addition to the above snack station, Slack employees are also treated to a catered lunch once per week and a range of refrigerated ingredients for DIY lunch-making. The kitchen also boasts one of the most expensive coffee machines on the market. 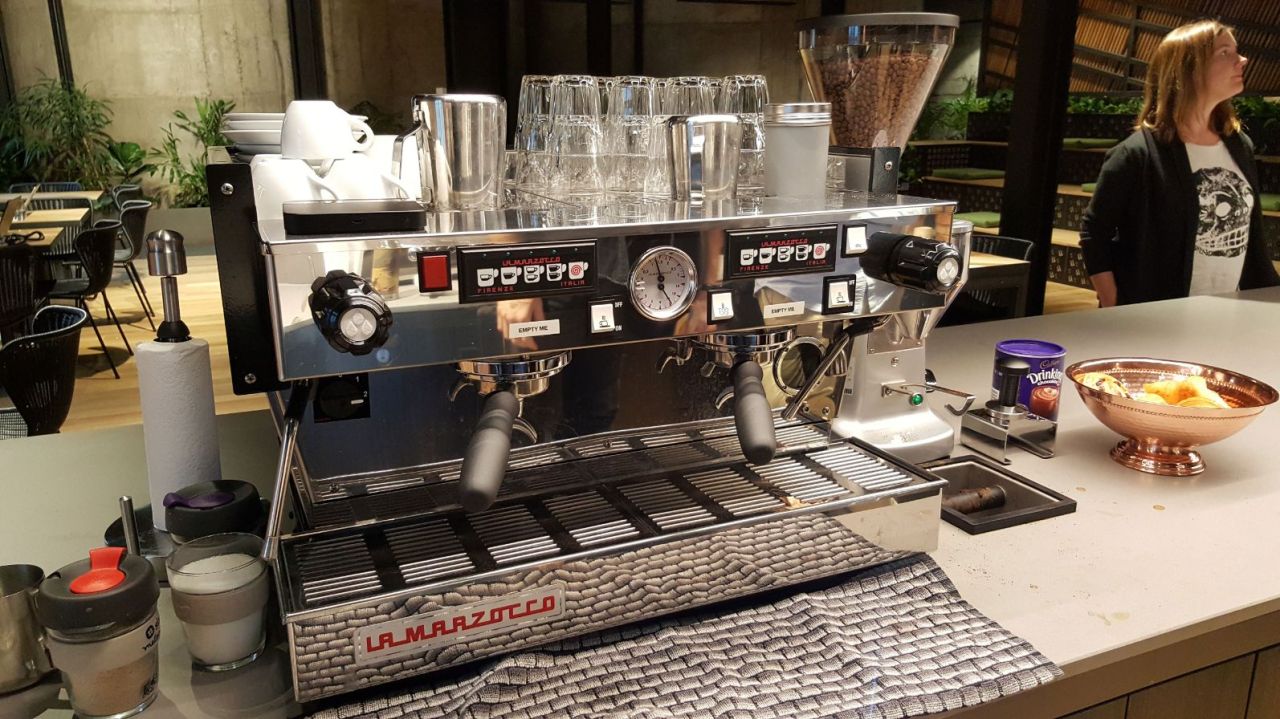 Seriously, just look at that thing. It’s got valves and everything! The La Marzocco espresso machine range have been handmade in Florence since 1927. Boasting a dual boiler system, saturated groups and a PID controller, the Linea Classic regularly sells for over $10,000 — and that’s for second-hand units. Business hack: quality caffeine keeps staff productive and happy. 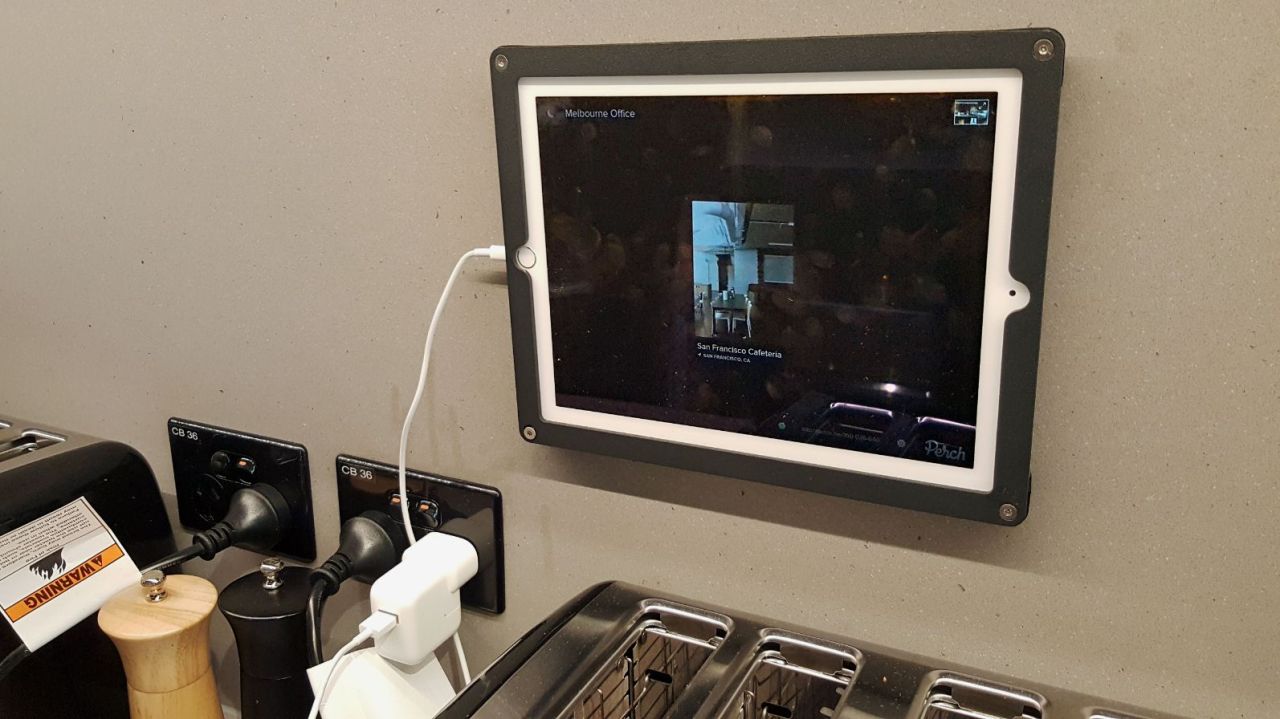 The office kitchen contains a live stream to other Slack kitchens around the world. This helps to foster a sense of community across the whole workforce, even though many have never met in person. Presumably, it also stops employees from stealing each other’s food: you never know who might be watching from across the globe! 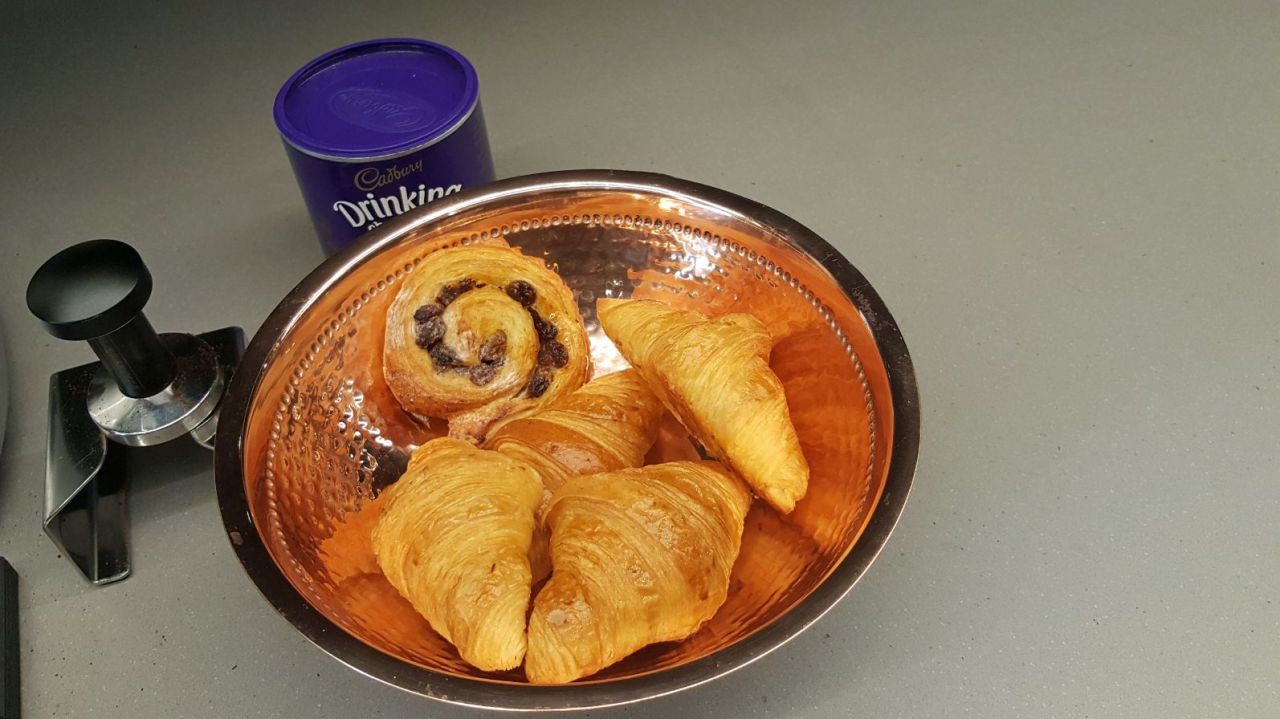 There are also fresh pastries in the morning. Hnngh. 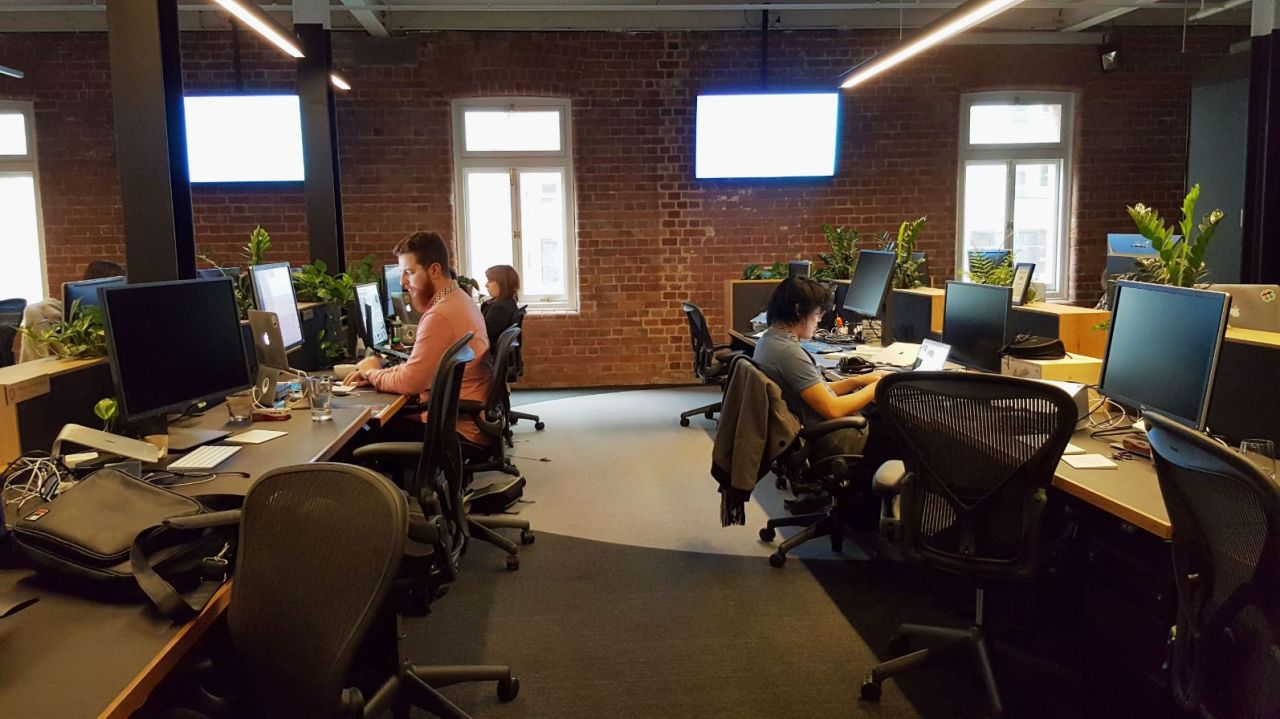 Slack’s Melbournian workforce currently sits at around 30. However, the premises has been outfitted to house more than 60 staff members — with the empty desks set to rapidly fill up in the months ahead. 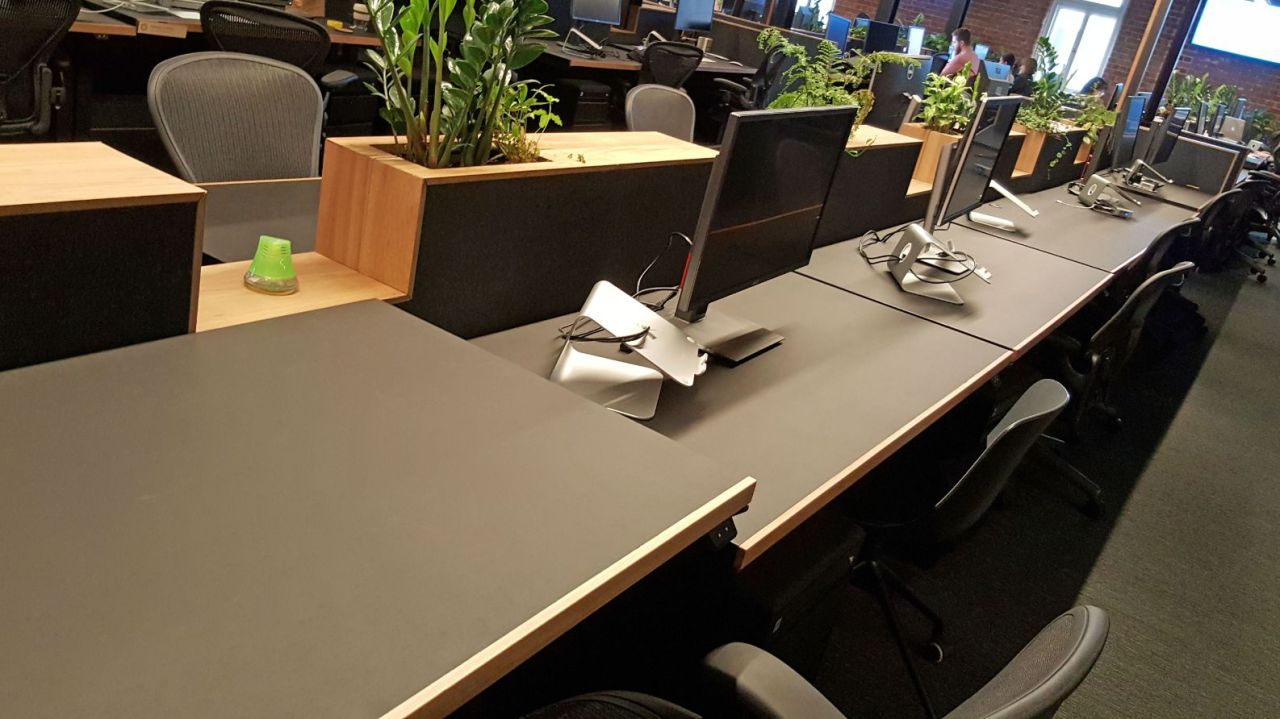 Like every modern office worth its salt, Slack provides all employees with motorised standing desks for those who like to refine their posture and burn off carbs during the workday. We approve. 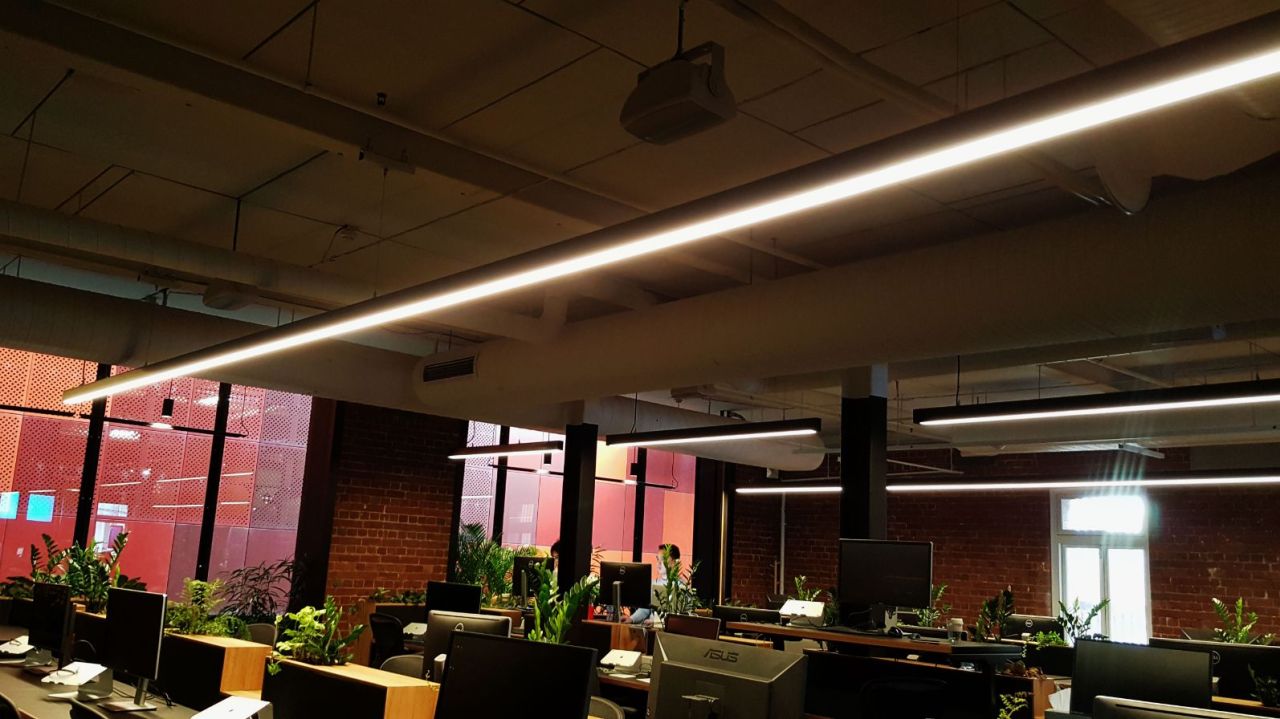 One of the most impressive aspects of the Slack workspace is adjustable lighting — in place of constant, harsh fluorescents or motion-activited dimmers, employees are free to tweak the overhead lights to match the collective mood. 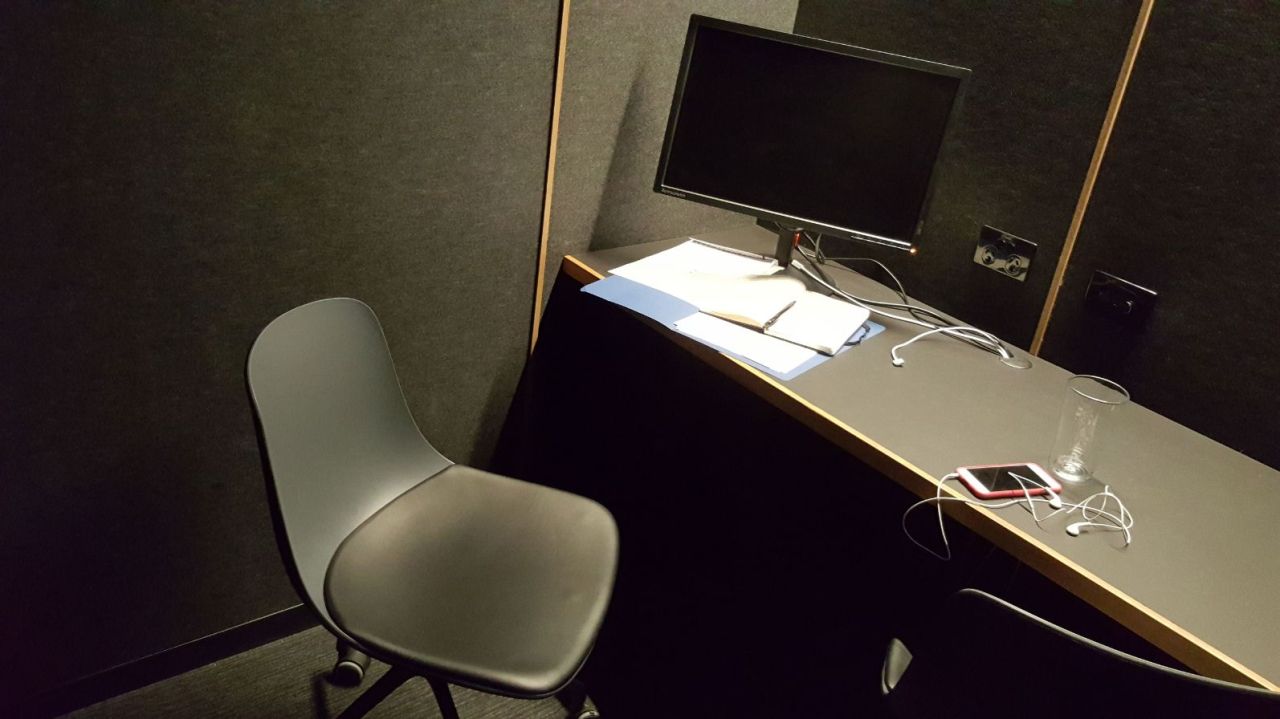 While Slack adheres to an open office layout, private offices can also be booked by staff. This is also the only way to make a landline phone call — employees’ regular desks are all kept phone-free. 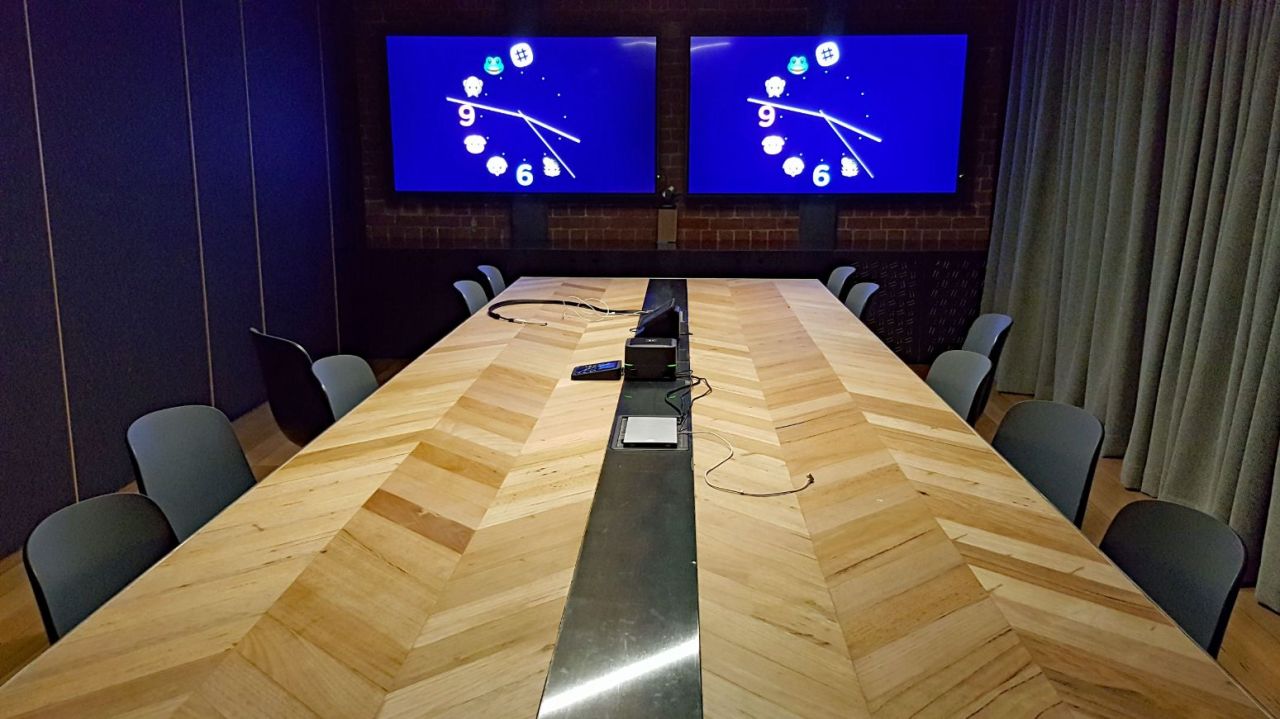 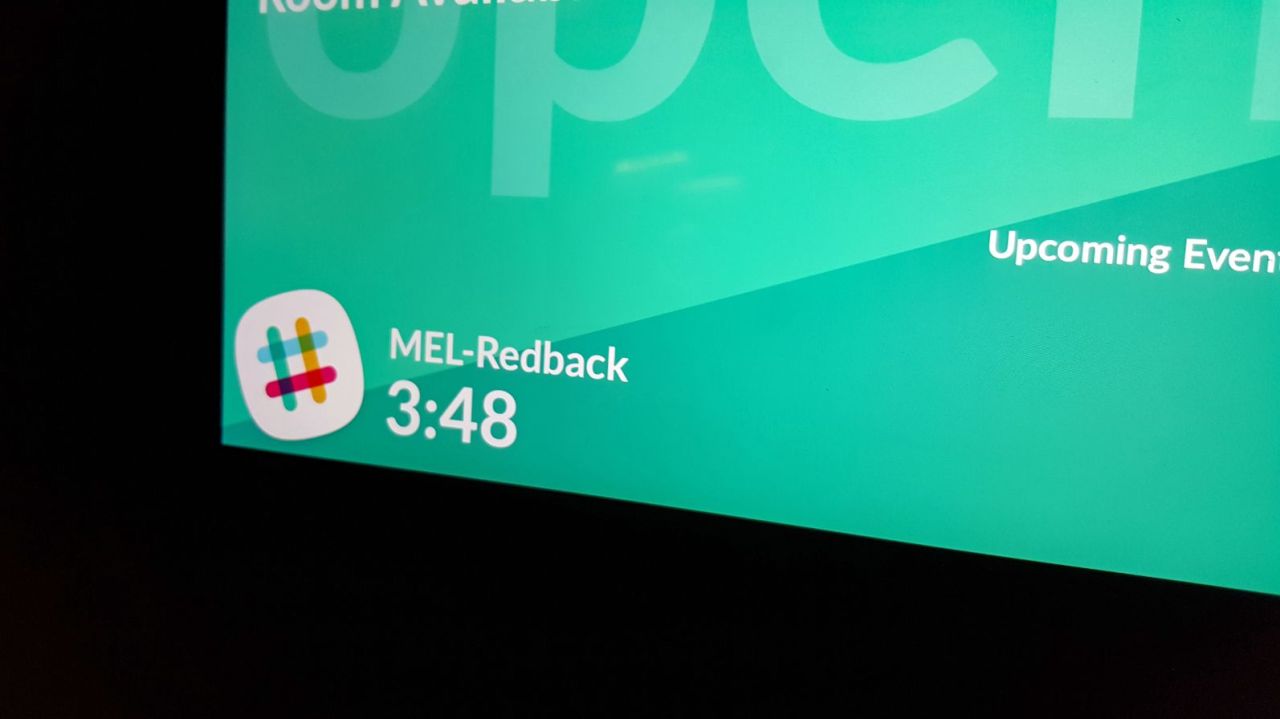 Hilariously, all of Slack’s meeting rooms are named after deadly Australian animals. We spotted Great White, Dandarabilla, Saltwater Croc and Red Back. The unusual naming scheme was the employees’ idea. 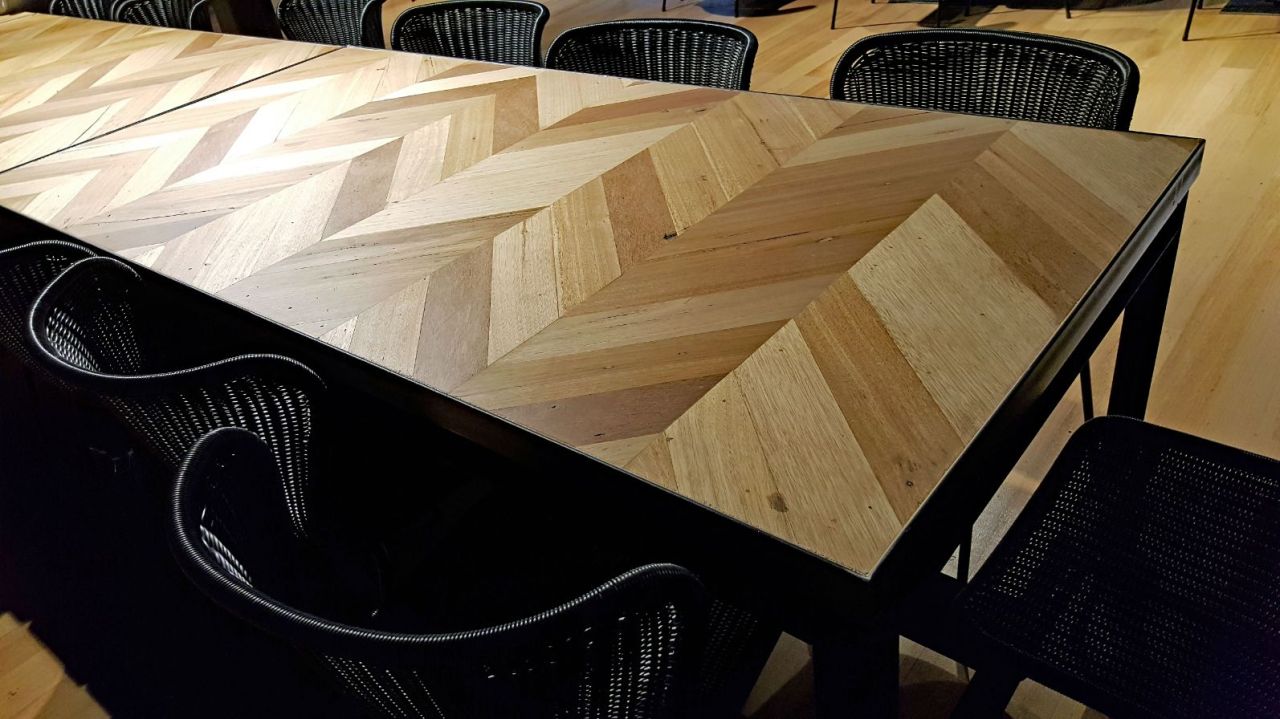 Unlike most businesses, Slack doesn’t use mass-produced furniture from factories. Instead, everything has been hand-crafted from salvaged Australian woods. This includes the floorboards, which were made from recycled timber. 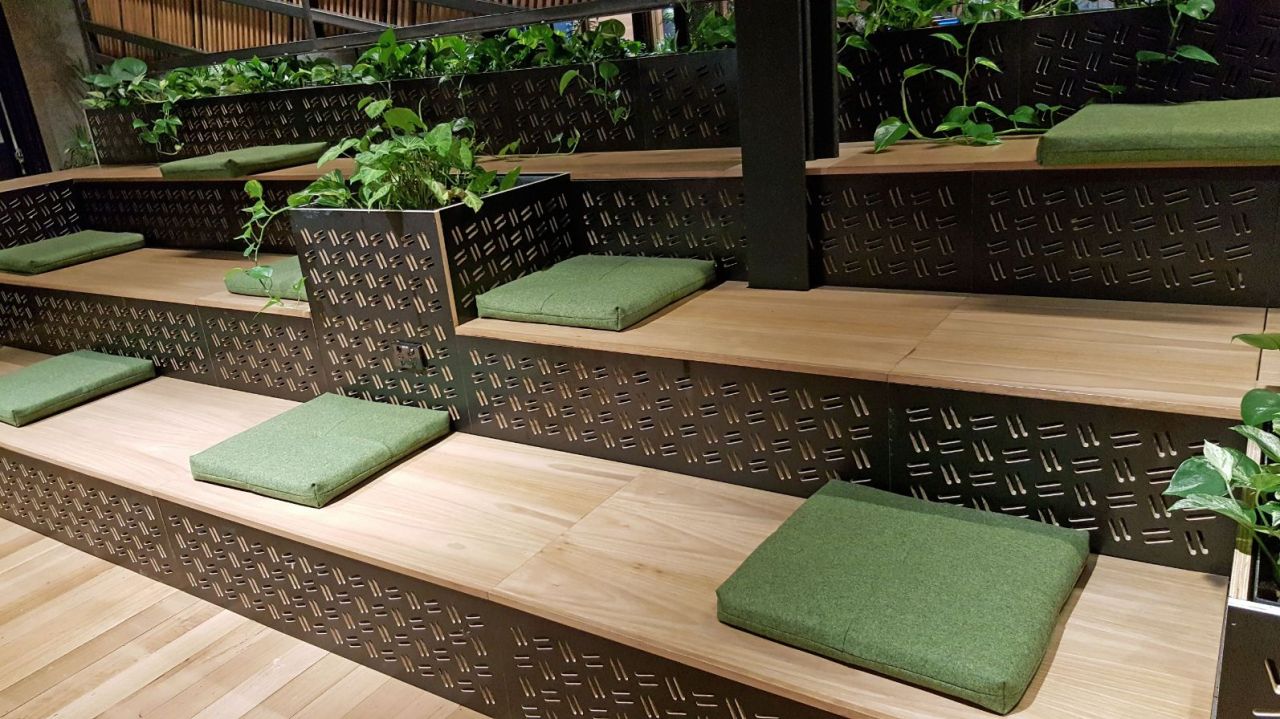 The communal area includes avant-garde seating with different levels and a bunch of pillows. You know, like ancient Egypt. Kramer would have been proud. This is where guests and clients typically sit during large-scale presentations. 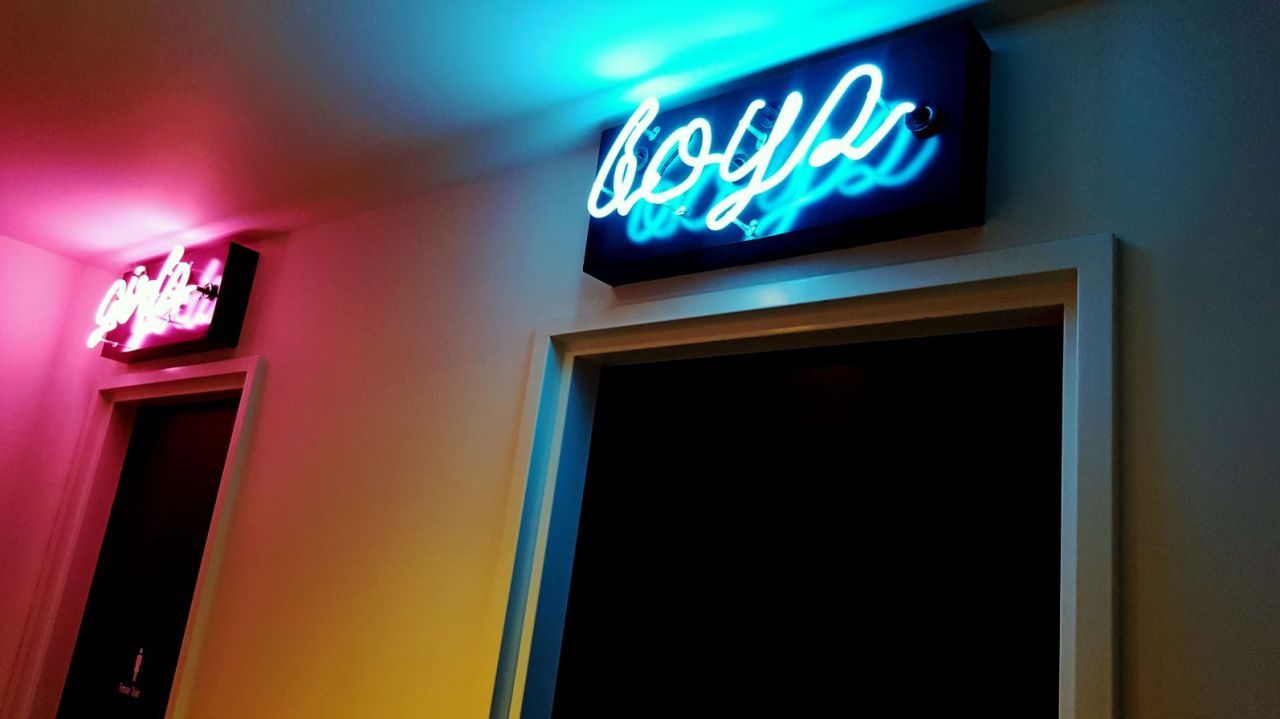 Man, even the toilets look cool.