The Federal Election is on this July 2. Yes, that’s tomorrow. Did you know rules for voting for the Senate have changed? Have you picked who you’re voting for yet? Where’s the best Election Day sausage sizzle at? If you feel ill-prepared for Election Day, we’ve assembled a bunch of online tools and tips to help you be a responsible voter and to make the voting experience as painless as possible.

Don’t Be A Fool; Be An Informed Voter

The Brexit has been dominating headline after the landmark referendum in UK yielded a surprise result. Now the UK is leaving the European Union and the country is in disarray as it scrambles to cope with the fallout. Many voters who picked “leave” have come out to say they didn’t understand the true ramifications of their votes and are now reeling from it.

Don’t be one of those idiots. Your vote matters and as funny as it is to draw a huge penis on the ballot paper and submit a donkey vote at the upcoming election, it will have an impact on the future of this country.

I know everybody is time poor these days and may not have the time to read up on everything about each of the parties and candidates that are standing for the election. The campaign literature of political groups and politicians are all loaded with biased language and flagrant sales pitches as well so it’s hard to trust anything they say.

Handy Tools To Help You Decide Who To Vote For

There are handy tools and resources you can tap into to help you make an informed decision on Election Day.

The Australian Broadcasting Corporation (ABC) is running a tool called Vote Compass, a web app developed by political scientists that can show you which candidates and parties have policies that align with your own views. There’s a questionnaire with 30 questions that you have to answer (should take about 10 minutes) and afterwards, Vote Compass will analyse your responses and compare them with the policies of the candidates.

You can then use Vote Compass to look closer at each party or candidate with comparisons by topic, candidate statements and options to learn about how they’re tackling the issues most important to you. You don’t have to register for anything to use the tool, which is good for privacy reasons.

The Sydney Morning Herald also has an interactive online tool called YourVote which was built by Dutch political scientist Professor Andre Krouwel. The objective is to make it easier for voters to find out what each of the parties in this election stand for.

Neither of these tools are designed to tell you who to vote for. They just give you the information — sans the usual political bullshit — so you can make up your own mind.

If you’re all about picking the team that helps you improve your financial circumstances, RateCity has released an election calculator that tells you who to vote for based on your wallet.

The government has been running ads about this for a while now, but in case you haven’t heard, the way you vote in the Senate has changed. Before I get into this, let’s clarify what “above the line” and “below the line is”. The ballot paper is divided into two sections that is separated with a thick black line. The top section lists out the different registered parties while the bottom shows all the candidates from each of those parties.

Above the line voting is when you’re voting on whole parties without having to rank each individual candidate. It’s the easier option.

Below the line voting is when you rank each individual candidate. It gives you more control over where your votes go if you care about what each candidate represents. It is the more time consuming option but it’s also more rewarding to know exactly who your vote will go to.

Previously, you didn’t have to number the parties above the line but in this election, you have to. You will need to number at least six boxes. The changes to the voting process is outlined in this video by the Australian Electoral Commission (AEC):

Voting below the line can be a labourious task and you don’t want to be that person who holds up a ballot booth as you try to locate your 12 or more candidates on the voting form. Preparation is key and bringing in a cheat sheet isn’t a bad idea.

Finder.com.au has a Senate Voting Card creator tool that lets you organise who you’re voting for in advance and in what order. It will then generate a replica ballot paper with your preferred candidates already marked down so you can print it out and bring it to the voting booth and copy straight from it.

Capitalise On The Sausage Sizzles 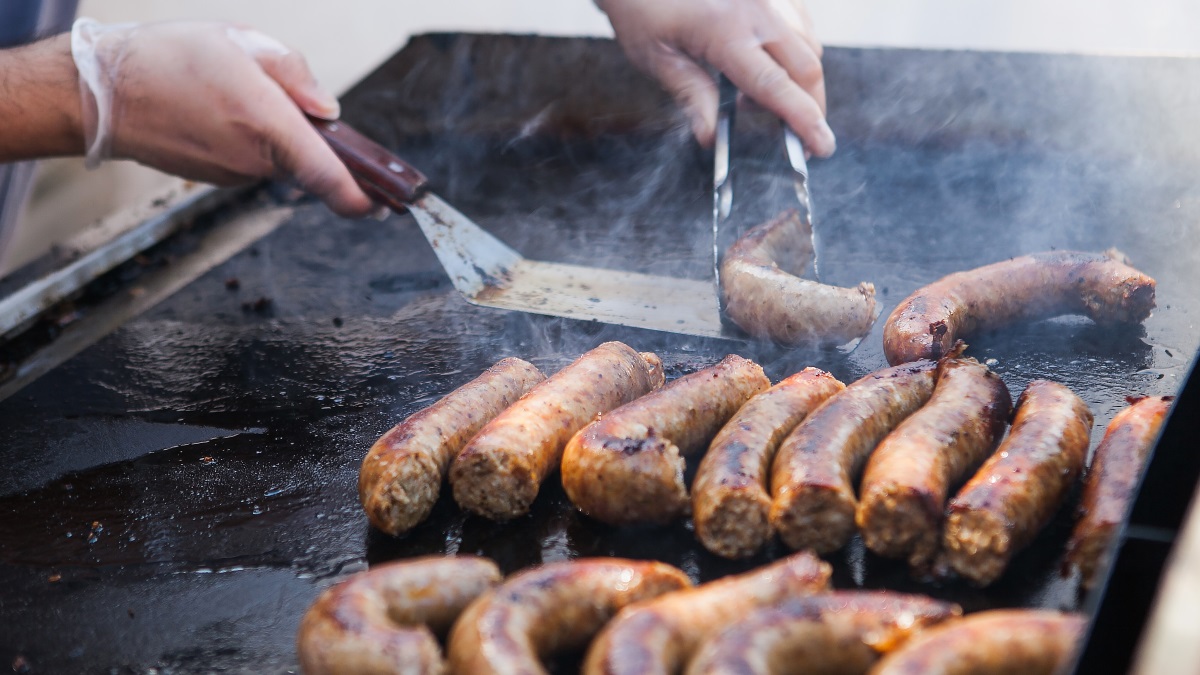 Election Day can be a drag and you’ll likely spend a bit of time lining up to submit your vote. The glorious tradition of Election Day sausage sizzles makes the whole experience bearable. But how do you find the best voting location to snag a sausage roll?

There are a few websites that tracks where the sausages are sizzling on Election Day. DemocracySausage.org takes data from social media sites and a variety of other sources to track locations of sausage sizzles on an interactive map.

SnagVotes is also a good place to find information on where to hunt for an Election Day sausage tomorrow. Booth Reviews takes it one step further by providing user-submitted reviews about the atmosphere of voting booths, including how the quality of the sausage sizzle.

Get your democracy sausage on!

Hopefully these tips and tools will help you on Election Day. Remember: your vote matters, so vote responsibly.