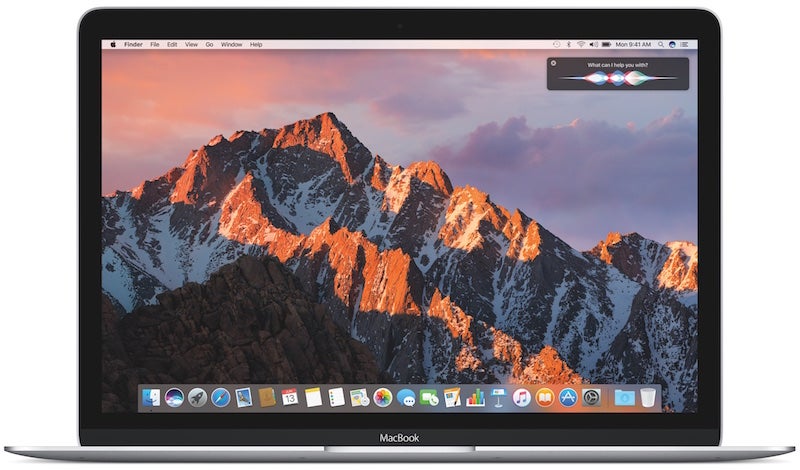 The newest version of Apple’s operating system, macOS Sierra, won’t drop until spring, but a public beta is open to anyone gutsy enough to install it right now. If you’d rather leave your Mac alone but you’re still curious about what’s new, don’t worry, we’ll take a look at all the new features.


Siri Works Almost Like It Does On iOS, With One Problem

The landmark feature in macOS Sierra is Siri. With it, you can do just about everything you can do with Siri on your phone, combined with everything you can do with Spotlight. You can ask questions like, “Show me the TXT files in my Documents folder,” “What’s the weather in Sydney?” or “How do you spell ‘liaison’?” You can even search online with queries like, “Show me images of puppy dogs,” or “Get me directions to McDonalds.”

There’s one caveat though. In order to use Siri on your Mac, you’ll need to either click the Siri icon in the menu bar or the Dock, or tap a keyboard shortcut (the default is to hold Command+Space). There’s no hands-free “Hey Siri” function like there is on iOS, which is a bummer for anyone hoping they’d be able to just start talking to their Mac like magic. Regardless, Siri is there, and once you get past the manual activation, it’s pretty neat.

Like its iOS counterpart, the Photos app on Mac is getting a handful of organisational improvements. The big new trick here the intelligent search feature. Photos scans all your images and identifies objects, which makes it so you can search for specific objects in an image, like a duck, car, birthday cake or whatever else. Photos also adds three new albums: Places, which maps where all your photos are taken; Faces, which identifies people; and Memories, which automatically creates special slideshows based on people, places and holidays.

iCloud Syncing Makes It Easier to Share Files Across Devices

This is a little one, but there’s now an option to sync your Documents and Desktop folders to iCloud, which makes it a heck of a lot easier to share files between Macs. You’ll find the option to enable or disable this under System Preferences > iCloud > iCloud Drive > Options.

Sierra adds in a hard drive optimisation tool that makes it easier to see what’s taking up space on your hard drive. Click the Apple logo > About This Mac > Storage > Details and you get a breakdown of what’s on your hard drive alongside recommendations to free up space. This includes automatically removing old iTunes movies, erasing the Trash automatically after 30 days and deleting old documents. It’s a nice, easy way to glance at your storage and see what’s taking up space.

Rich Previews in Messages Make It Easier to Preview Links

Sierra’s not getting nearly as many cool new features in Messages as iOS 10 is, but it is getting a new link preview mode. Now, when a friend sends you a link, you get a rich preview of that link to help you decide whether or not you really want to click it. You also get the “tapback” option in Messages that allows you to quickly reply to messages with a thumbs up or down and a heart. Just click and hold on a message bubble to pull up the option.

Every App Gets Tabs

macOS Sierra adds in a neat new feature where you can optionally create a new tab with Command+T in just about every app. Developers won’t need to update their apps to support this feature, though it still only makes sense to actually use it in a handful of apps, like TextEdit or the Finder.

iTunes Is Redesigned with a Refined Version of Apple Music

Apple Music is getting a slight redesign with revamped “For You” and “Browse” pages. Both pages feature bigger, bolder fonts and larger images that will make it slightly easier to use. Oddly, the rest of iTunes, including your library and the iTunes store, look and work the same as they did in El Capitan.

Sierra adds in a new Picture-in-Picture mode that works the same as it does on the iPad. When you’re viewing a web video in Safari (this currently only works in Safari), a small icon appears that lets you send the picture to the corner of your screen. So far, I’ve only been able to get this to work on Vimeo, but I assume it will eventually arrive on other sites. When you’re in PiP, you can move the window around or resize it and it will always stay on top of everything else.

If you’ve jumped ship from Evernote to Apple Notes, you’ll be happy to know that Apple Notes now support collaboration. All you need to do is click the notes sharing icon, type in the person you want to share the link with and they will get an invitation to edit. Once they’re in, they can make changes to the notes you’ve shared with them. This is useless right now unless they’re also on the Sierra or iOS 10 beta, but it’s nice to know how it will work either way.